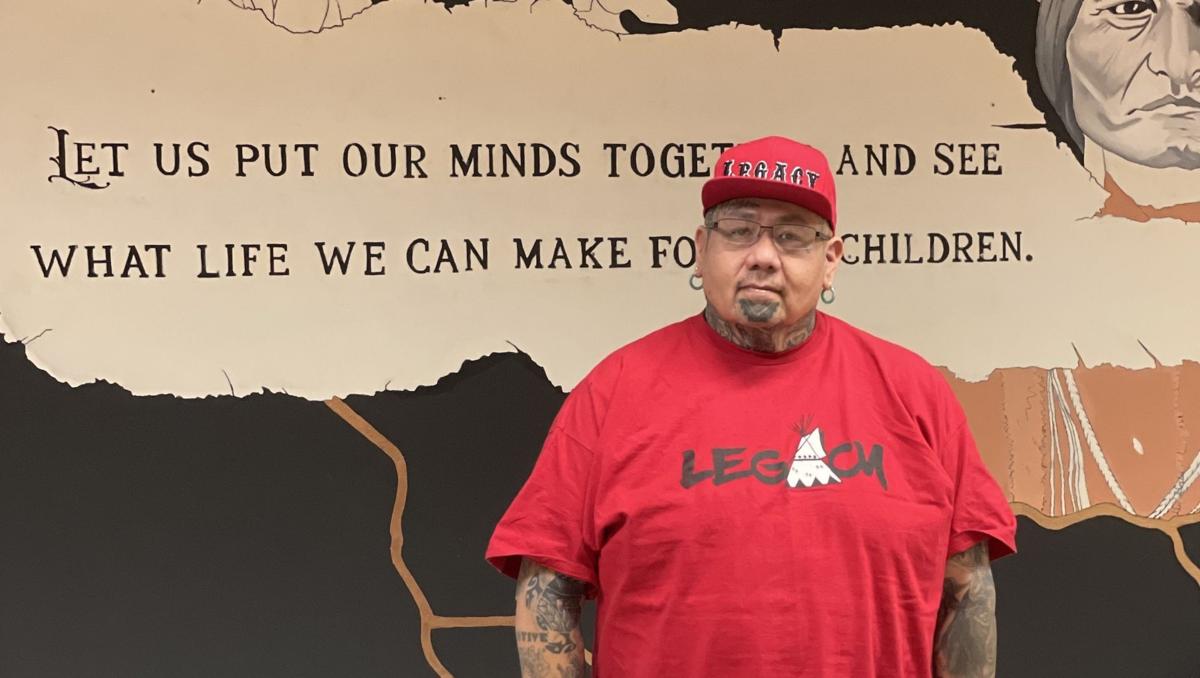 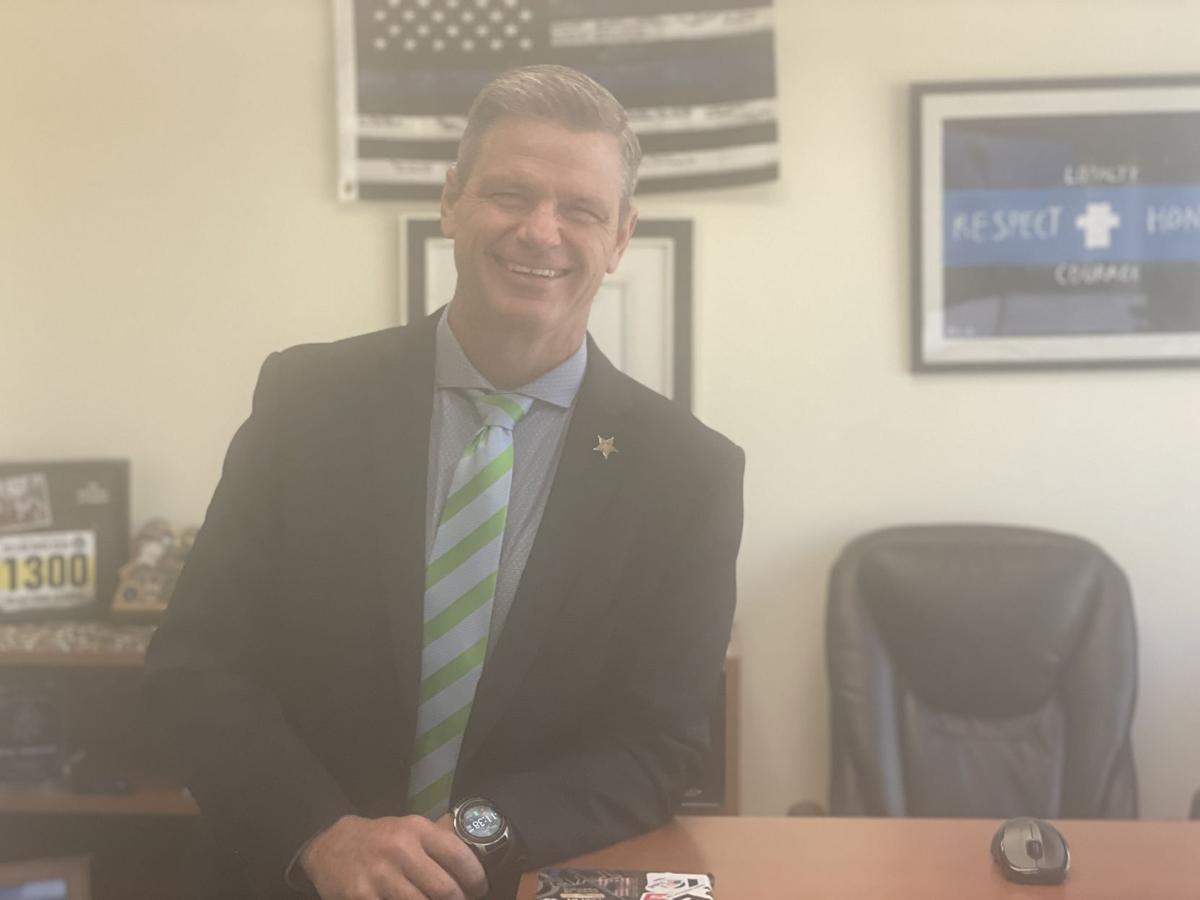 That's according to Tony Harrison, captain of Investigations for the Pennington County Sheriff's Office, who has been investigating street gang activity in Rapid City and Pennington County over the course of his 25-year career in law enforcement.

Since the beginning of his career, Harrison said street gangs in the area have become noticeably more prone to use violence than in past years.

Harrison said there are several large street gangs in Rapid City, including the Boyz, North Side Gangster Disciples, and the North Side Family.

"There are also offshoots of those gangs, because they didn't like the way things were going and maybe started their own gang," he said. "That doesn't include members that come from Denver, Sioux Falls or Minneapolis and try to start their own set."

"I have seen pictures of toddlers dressed in gang attire. In terms of dealing with kids who claim activity, they can start at the age of 10," he said. "If you showed me an 8-year-old throwing gang signs, I wouldn't be shocked. But for a lot of them, that's how they grew up. So that's all they know and they kind of emulate that activity. Some of it's very generational. It's very much a unique hybrid of criminal activity and a social calling where they are looking for a sense of belonging, they're looking for a desire to be wanted and needed, which often times they don't have in their personal lives."

Most of the gang violence in the area goes unreported.

"It's internal fights and assaults. We don't know the amount of crime that's committed because that's part of the gang subculture," Harrison said. "You don't snitch."

Erik Bringswhite, a former gang member, explains gang violence like this: "Hurt people hurt people" and everyone in the community is impacted.

"Many mistakenly believe that it doesn't affect them," Bringswhite said. "But it does because this trauma is strange. Nobody is immune. So how I see the trauma on the north side reflected back at us is through negative personal opinions, through biases and even prejudices. And that — if we look at how hurt people hurt people — that means their healing is our healing. And our healing is their healing."

Bringswhite was actively involved in Rapid City's gang activity for over 30 years. Now, he's the founder of I Am Legacy, a local non-profit offering resources and support to the Indigenous community.

The organization is working to help provide an outlet and services to the youth before they become wrapped up in the criminal justice system and doing away with the fallacy where that way of life is the only option.

"Gravitating towards something that ultimately is going to cause you or someone around you pain, hurt, and suffering is a poor, poor attempt at surviving," Bringswhite said. "I don't even know if you can call it surviving because you're really limiting your choices to the penitentiary or cemetery. We're seeing that here and all of it is preventable."

Bringswhite knows better than most the real fear and trauma of gang life in Rapid City.

"The level of fear, they say it's hella toxic here. If the system doesn't get you, the Indians will. It is kind of true. But the level of fear that people, especially our youth, are living with isn't sustainable," he said. "A person cannot live with that level of intense emotion and be OK. It's going to have lasting effects on their psyche, their physical state. It may even be doing damage to their hearts."

Bringswhite said a generational aspect plays a large role in why Rapid City youth are gravitating toward gang activity.

"That's embedded. I think a part of that is the system has a part to play in that," he said. "Many of these issues here are the product of colonization. None of this was an Indigenous issue. These are all products and outcomes of the strategies of us trying to assimilate and not really doing a good job of it."

To be born on a reservation is essentially to be born into captivity, Bringswhite explained.

"We don't have many resources here, we don't have corporate sponsors or anybody that's investing in the health, wellness and healing of these certain demographics in the community. But everyone has an opinion about them," he said. "Everybody wants to pass the buck to law enforcement. 'Hey, this is your job man,' but it's not. These are community issues that deserve the entire community's strategies and solutions. Because trauma is a strange, strange animal."

A member of the Unified Narcotics Enforcement Team in Rapid City won the 2021 William J. Janklow Officer of the Year Award, according to a new…

A 51-year-old man died in a one-vehicle crash Saturday, according to a news release from the South Dakota Department of Public Safety.

Fentanyl seized off of Rapid City streets has increased by seven times over just one year.

The duties of one unique yet highly valuable employee at the Pennington County Sheriff's Office seems straight out of a crime drama, but Dr. R…

A Rapid City man and real estate agent has been sentenced to five years of probation for aggravated assault with a deadly weapon.