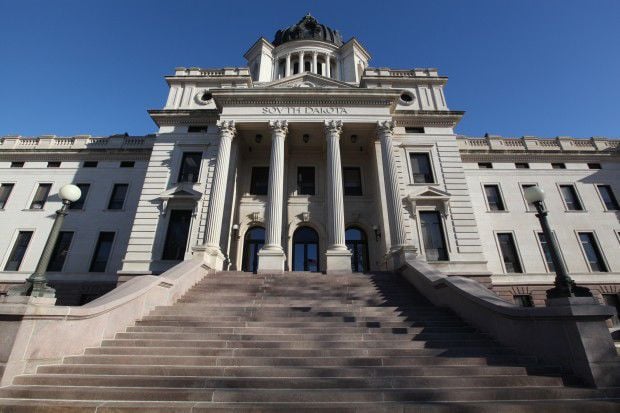 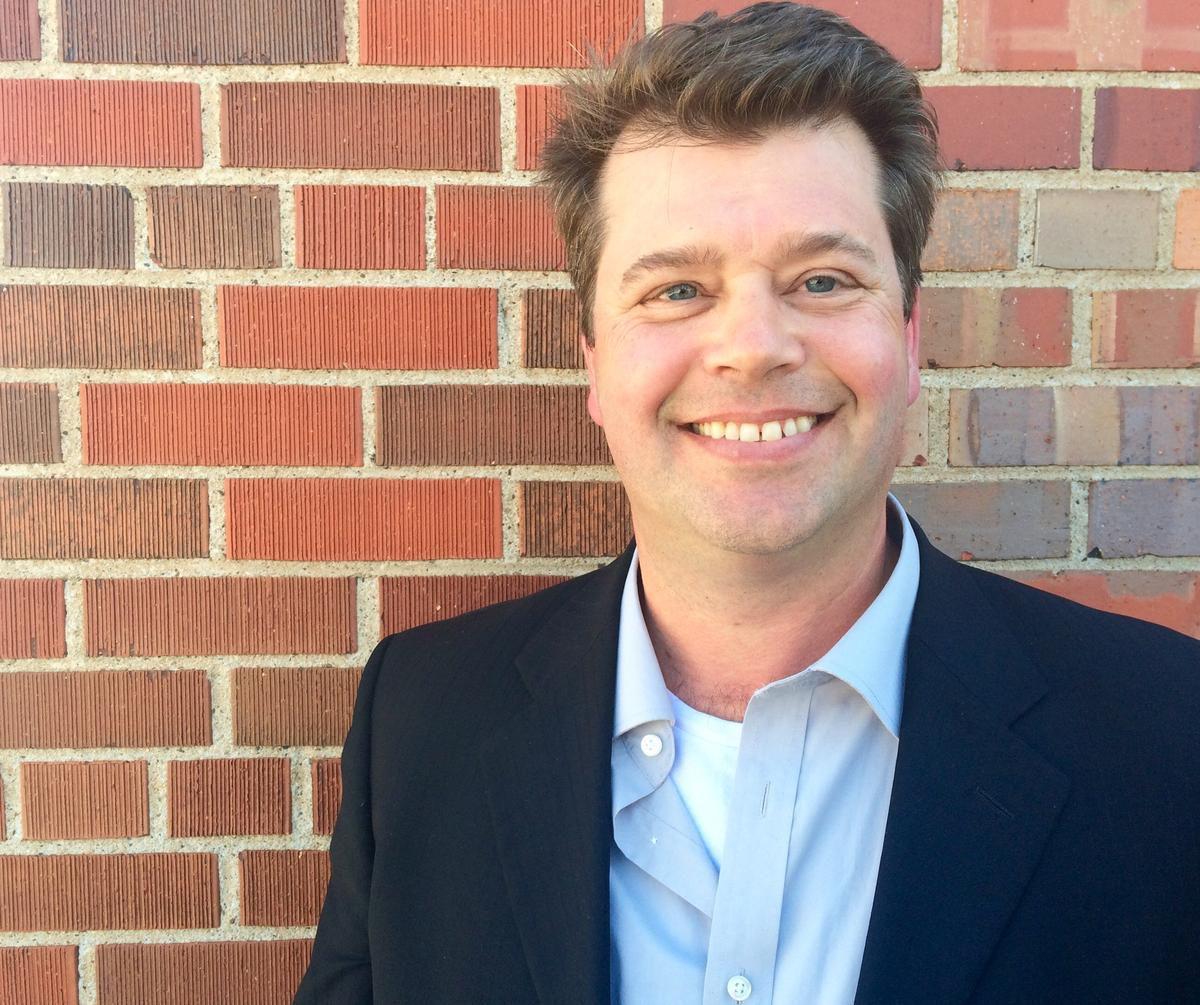 The top prosecutor and public defender in Pennington County both want to see the Legislature take action on tackling meth addiction, swamped courts, and jails and prisons full of convicted drug offenders. They just disagree on what changes will make a difference.

Eric Whitcher, head of the county's public defender office, said South Dakota's drug ingestion and possession laws need to be reformed and catch up with the rest of the nation, a move that will save money, reduce the prison population and prevent defendants from being convicted of "incredibly damaging" felonies. He said the state then needs to use the saved money to reinvest in drug prevention and treatment.

Mark Vargo, Pennington County state's attorney, said changing felony drug laws to misdemeanors won't do anything to help those addicted to drugs and that it's just "kicking the can down the road" until many defendants are eventually charged with a felony. He said the state instead needs to focus on funding treatment and probation services.

Whitcher sent a letter with his suggestions to local politicians. Vargo said he may testify at one of the upcoming legislative study sessions on "Offenses Regarding Controlled Substances."

The study, which kicks off Monday in Pierre, will be conducted by a 15-person committee comprised of legislators, county commissioners, law enforcement leaders, judicial staff, a retired judge, the attorney general, and the secretaries of the departments of corrections and social services.

The group that includes Pennington County Sheriff Kevin Thom and Pennington County Commissioner Gary Drewes will study "alternates to imprisonment" for those convicted of drug crimes and the financial impact of drug use and drug laws, and possible funding alternatives, according to the scope of the study.

"Everything is up for consideration," said committee chair Rep. Steven Haugaard, a Republican from Minnehaha County and attorney. "We filled up our prisons with people who are primarily drug and alcohol offenders. We need to figure out if incarceration is working, it probably is not."

Haugaard said the discussion will involve whether prosecution procedures or laws — such as the state's drug ingestion and possession laws — need to change. He personally wants to see more funding for court and probation services, police cracking down on dealers, and families and communities stepping up to address the root causes of drug use.

Both Thom and Drewes said they want to make sure that any proposed changes don't involve shifting cost from the state to the counties. Thom said there needs to be a "multi-pronged" approach to the drug crisis. "You've got to have vigorous enforcement but also you need more resources in education and prevention and more resources into treatment."

Haugaard said he and other committee members have served as defense lawyers in the past and that the group plans to invite or consult substance-abuse experts, when asked why the committee doesn't include anyone from those professions.

"A few simple legislative changes ... would save millions while maintaining some of the toughest drug laws in the nation," Whitcher wrote in a letter to state lawmakers who represent Pennington County.

Whitcher wants to see the Legislature repeal its felony ingestion law and make it a misdemeanor. Those convicted of misdemeanors can be punished by up to one year in local jail while felonies can result in being sent to prison.

"We are an extreme outlier from all other states" since South Dakota is the only state that makes ingesting drugs a felony, he said.

Whitcher also wants the state to change its drug possession laws. Possessing small amounts of marijuana is a misdemeanor but possessing any amount of meth and other drugs is a felony, he said.

But in most other states, Whitcher said, drug possession only becomes a felony if someone has a certain amount or is caught with the drug a certain number of times.

Whitcher said his office suspects that many defendants arrested for drug possession are caught with trace or residual amounts often found in baggies and pipes, which means while a machine can identify the substance as an illegal drug, it's such a small amount that the machines can't weigh it. So, he had interns pull the first 100 completed drug cases from 2019 and they found that 73 of them involved trace or residual amounts, which would be handled as misdemeanors in many other states.

Being convicted of a felony "sticks with you for the rest of your life" since it can make it difficult to get a job, housing and financial aid, Whitcher said. South Dakotans convicted of felonies can't vote, serve on a jury, or own a gun while on probation or parole — which can last years — and certain crimes bar people from gun ownership for life, he said.

Making crimes felonies versus misdemeanors is also an "enormous" cost difference, Whitcher said. He said defense lawyers can handle 400-500 misdemeanor cases per year but only 150 felonies, and that if these laws were changed, the Public Defender and State's Attorney offices would need fewer lawyers while courts would need fewer judges. Felonies also take more paperwork, time and money to process in court.

Whitcher said if the Legislature changes these laws, it could then use the savings for prevention and treatment.

"Just if you make these misdemeanors, that doesn't solve the issue. It's really about early intervention," he said. "You could apply those savings to far more effective methodologies to reduce usage."

Changing laws from felonies to misdemeanors "just kicks the can down the road" since there's no serious treatment in jail or probation, he said. "How are we inducing a change of behavior by making that change in the law?"

"What you'd be doing at best is saving money now and creating a balloon payment that's going to come due" since many people will eventually be charged with a drug felony or other felony linked to drug use, he said. "It just means that we will deal with that person in two or three years instead of right now. And in those two or three years, the community continues to be the victim of thefts, of violence."

Vargo called meth a "leading indicator of violence." He said his interns examined all violent felony cases from the past four years and found that more than half had "direct involvement" with meth.

"And we're arguing that we're being too harsh?" he said. "We're willing to look into alternatives. It is not about trying to rack up the highest number of convictions that we possibly can. But we have to be concerned with ensuring that we're maintaining community safety while we look for different options."

Vargo said the state instead needs to significantly invest in treatment and probation services, something that was supposed to happen with the 2013 criminal justice reform bill.

He said some funding was made available and used, for example, to establish the local drug court. But he said the idea was to take the money not spent on incarcerating people and building a new prison or "meaningful treatment" for drug users, a "daunting task" when it comes to meth, an extremely addictive drug that requires long-term treatment.

Right now, Vargo said, drug users are first sentenced to probation where "we have them do 24/7 (a drug testing program), so we can catch them when they violate again, but we're providing little or nothing in terms of assisting them in not using the drug, in overcoming the addiction."

Because of that lack of treatment, Vargo said, people — most who want to quit — rack up multiple felonies, sometimes while out on bond awaiting trial, and eventually get sent to prison.

"It is really one of the least surprising things in the world that a methamphetamine addict can't kick the habit on their own," he said. "If we put them back in exactly the same circumstance, they're living in the same place, they're hanging with the same friends, the chances of them being able to quit on their own just by sheer force of will are almost zero."

Vargo said drug court, which involves treatment and frequent check-ins with probation officers, helps prevent recidivism so he'd like to have funding to expand that model for people on felony drug probation.

Higher percentage of inmates in prison for drugs increased despite reforms

The percentage of inmates in South Dakota prisons for drug crimes has increased from 2014-2019, despite the passing of a 2013 criminal justice…

South Dakota jails the most people per capita, according to a new report.