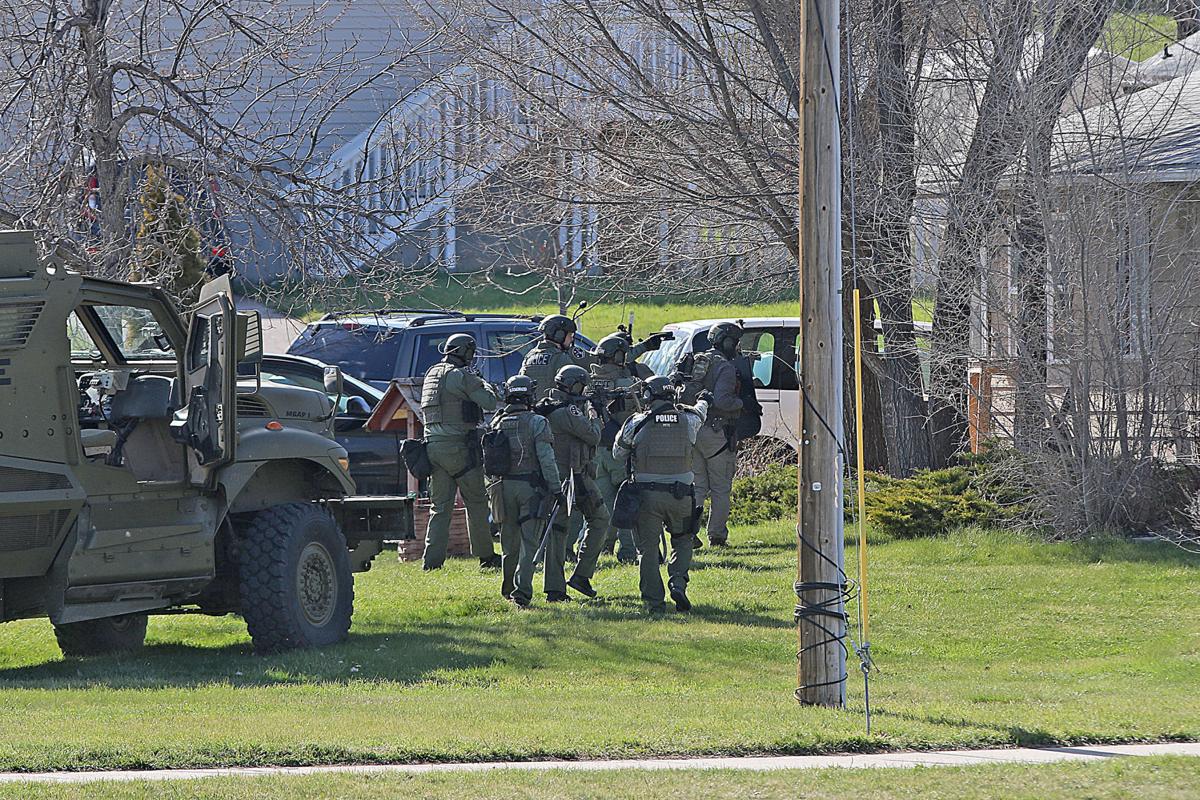 Members of the Rapid City-Pennington County Special Response Team advance Tuesday afternoon on a house on the 200 block of Madison Street. 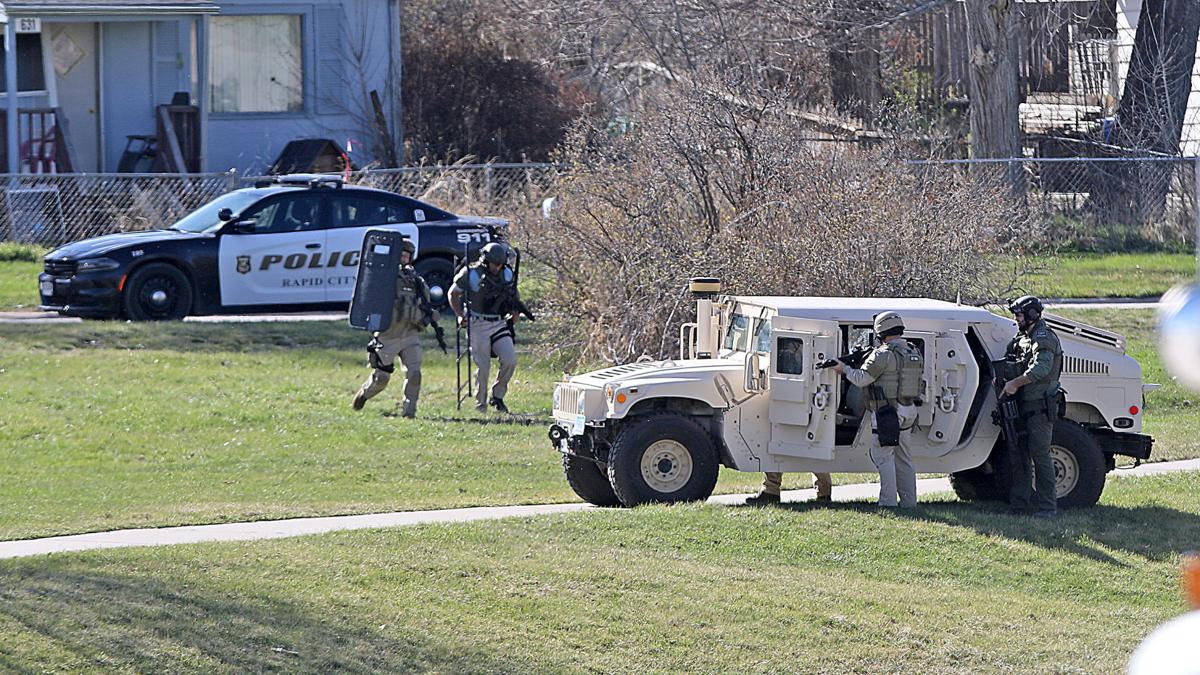 Members of the Rapid City-Pennington County Special Response Team take up position behind a house on the 200 block of Madison Street on Tuesday afternoon.

Aloysuis Brave Hawk, 18, Bison Little Spotted Horse, 19, and Blake Two Eagle, 20, were charged with being in possession of stolen property. The men are from Rapid City.

Police are investigating whether the men are the same people seen on surveillance footage stealing guns from the pawn shop, Assistant Police Chief Don Hedrick said near the scene of a search warrant execution on the 200 block of Madison Street.

Ten AR-15-style rifles and one shotgun were stolen from Pawn With Us at East North Street after suspects broke through the windows early on Sunday and Monday mornings, police have said.

“Since those burglaries occurred our detectives have been working very hard to determine what happened there and who was responsible,” Hedrick said.

He said the arrests and gun seizures came after detectives received a tip around 2 p.m. Tuesday that some of the weapons were at a home on Madison Street.

Once officers arrived at the home, Hedrick said they saw a vehicle pull out of the driveway, followed the car and initiated a traffic stop near College Park.

That’s where they found Brave Hawk, Little Spotted Horse and Two Eagle with two AR-15-style rifles inside the car, Hedrick said. The men were cooperative once being pulled over. It's unclear if they all live at the Madison Street home, said police spokesman Brendyn Medina.

Meanwhile, the Rapid City-Pennington County Special Response Team — a SWAT unit — headed toward the home to serve a search warrant, Hedrick said. The SRT was called out “because of the weapons involved.”

Once the SRT arrived, Hedrick said, three men voluntarily came outside. The men, who appeared to be older than the three who were arrested, were detained for questioning and later released, Medina said.

SRT’s military-style vehicles, law enforcement and at least one sniper were seen around the home. Eight officers with shields entered the home around 4:30 p.m. The group came out five minutes later and re-entered the home for about 10 or 15 minutes.

Hedrick announced around 5:20 p.m. that the SRT didn’t find anyone inside the home but would keep searching for weapons and other evidence. Two more firearms, plus methamphetamine, were found once the SRT completed the search, Medina announced around 7:30 p.m.

"The execution of the search warrant and the associated traffic stop have generated additional leads which detectives are actively following up on," Medina said. The police department "is committed to recovering the seven remaining stolen firearms from this business burglary."

With two additional arrests, Rapid City Police have suspects in custody for 9 of 12 recent business robberies that have affected hotels, conve…

Members of the Rapid City-Pennington County Special Response Team advance Tuesday afternoon on a house on the 200 block of Madison Street.

Members of the Rapid City-Pennington County Special Response Team take up position behind a house on the 200 block of Madison Street on Tuesday afternoon.