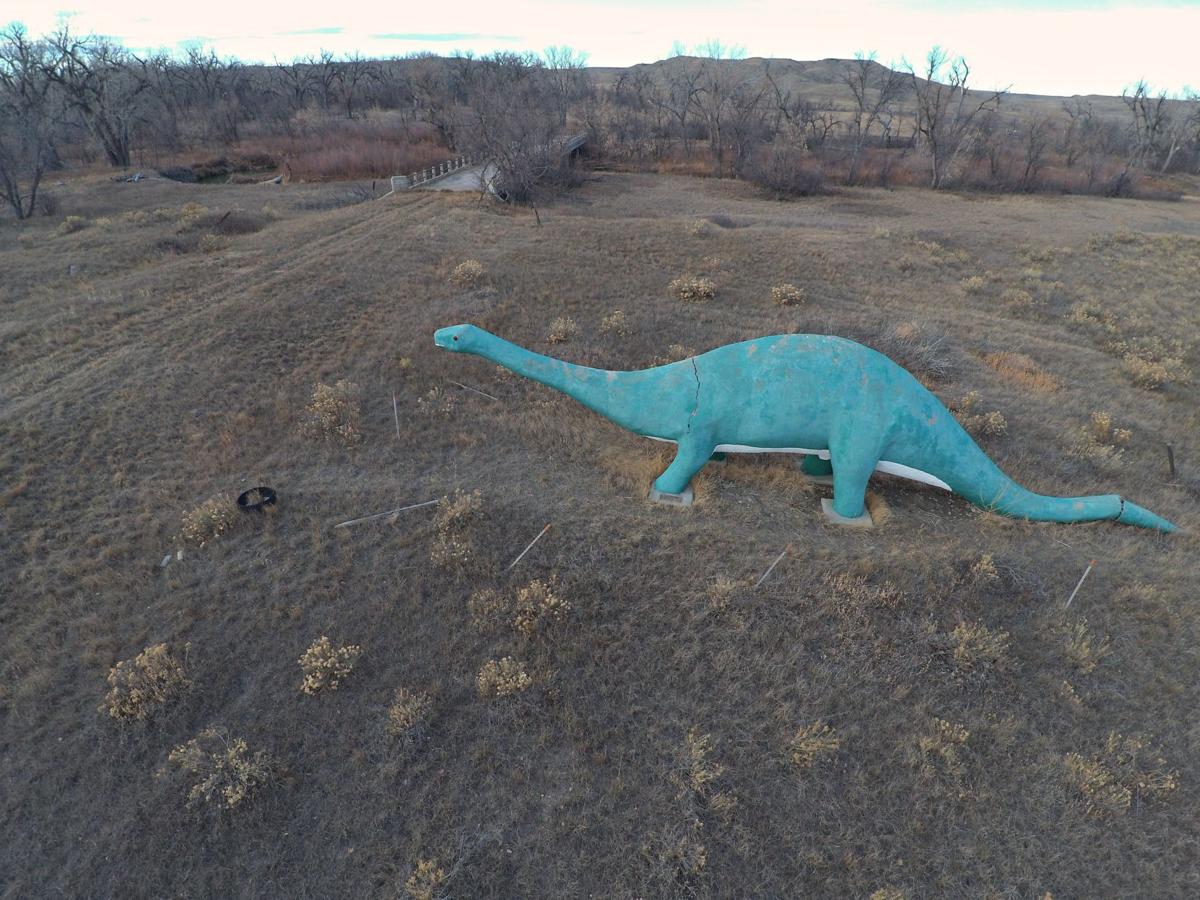 Little remains of the town of Creston besides this dinosaur that was built in 1933 by Old Ike Murphy. 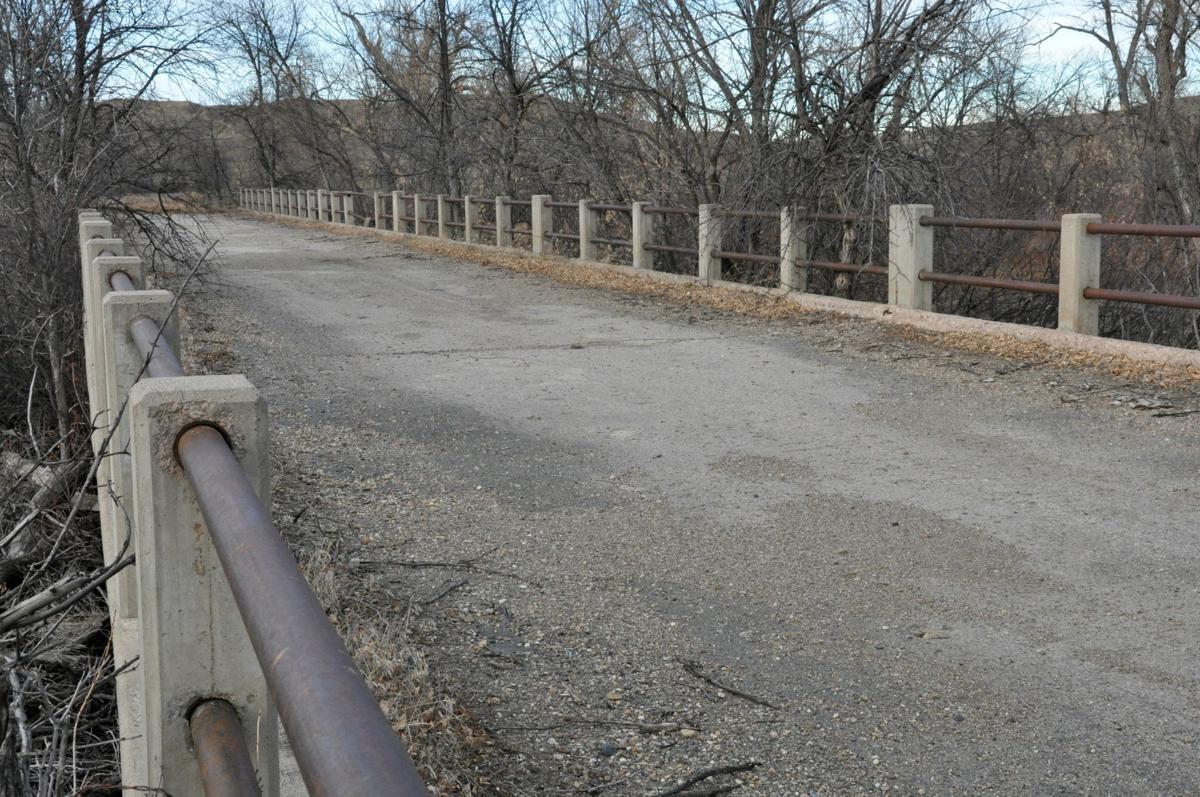 The only other remnant of the ghost town is this bridge, which runs over Rapid Creek. 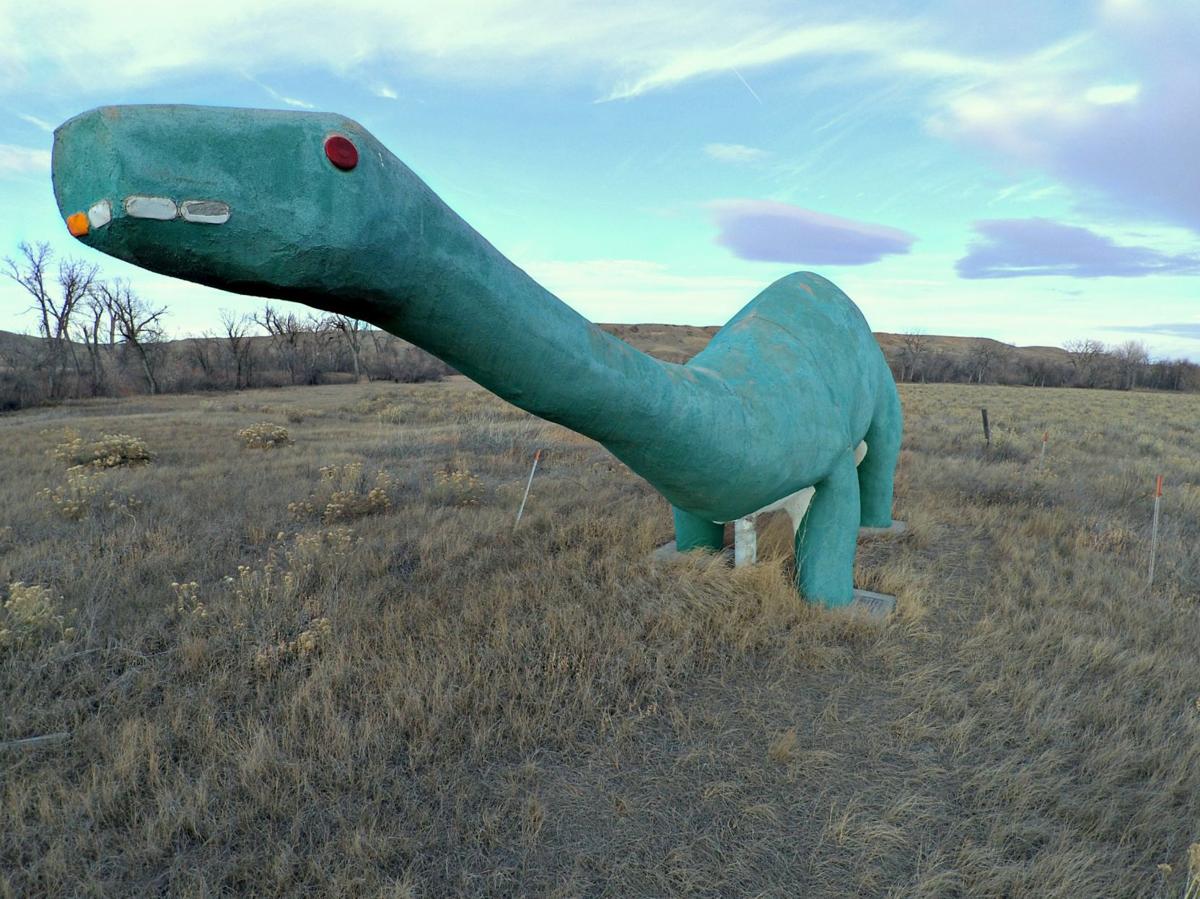 The Creston Dinosaur is a 60 feet long and 20 feet tall.

In the 1930s, when the country was in the grips of the Great Depression, a blacksmith in the town of Creston had a vision.

Old Ike Murphy wanted to attract visitors to the Creston General Store. So, he cobbled together enough scrap metal, wood and concrete to build a 60-foot-long, 20-foot-tall dinosaur statue nearby. Murphy finished his masterpiece in 1933, well before the Mount Rushmore National Memorial was declared complete in 1941.

But unlike the four granite faces, which are now recognized around the world, fame never came for the "Creston Dinosaur." It is now one of the only recognizable landmarks in the former railroad town, along with a bridge that runs over Rapid Creek.

Located east of Rapid City off S.D. Highway 44, Creston was settled in 1880 by Jake Allison, who named the community for Creston, Iowa. Like many rural South Dakota towns of the day, Creston owed its existence to the railroad. It was a stop along the Milwaukee Railroad and served as a pump station for the engine.

Rodeos, sports games and dances broke up the drudgery of life on the prairie for the residents of Creston, which had a population of around 40 in the 1930s. Those numbers dwindled over the next few decades, as the U.S. shifted from being railroad country to an automobile country.

Like the town itself, the Creston Dinosaur began to fade and fall apart. “I think, originally, the dinosaur might have been pink and red, not green like it is now," former Creston resident Herman Bloom told the Pennington County Courant in 1998. "And I think that maybe this is not the original head. The tail has fallen off, too, and there are a lot of holes in his tough old hide. He needs a real good rebuilding. Maybe a whole new body. It is a serious job for a good putty and knife man.”

A group of students from the South Dakota School of Mines & Technology took up the challenge in 1998, helping restore the dinosaur to its former glory. During a dedication ceremony after the repairs were completed, Mines students and other locals gathered together, burned sage and offered a prayer.

“It is a high-quality, amateur statue and kind of custom made," said Marion Hansen, who was the American Society of Civil Engineers faculty adviser for Mines at the time. "It serves as a historical marker for the ghost town of Creston.”

Nearly 20 years after those restorations, the Creston Dinosaur is in need of another round of tender, loving care. The statue is riddled with cracks and chipped paint, and the tip of its tail has fallen off.

There are signs of hope, however. Hansen said some current students at Mines have expressed interest in repairing the statue.

“If we could help raise some money for the renovation," he said, "that might spur some more work on it.”

Today's story is part of an occasional series on ghost towns in South Dakota.

Today, Castle Rock is a dried-up and blown-away town if there ever was one.

Little remains of the town of Creston besides this dinosaur that was built in 1933 by Old Ike Murphy.

The only other remnant of the ghost town is this bridge, which runs over Rapid Creek.

The Creston Dinosaur is a 60 feet long and 20 feet tall.