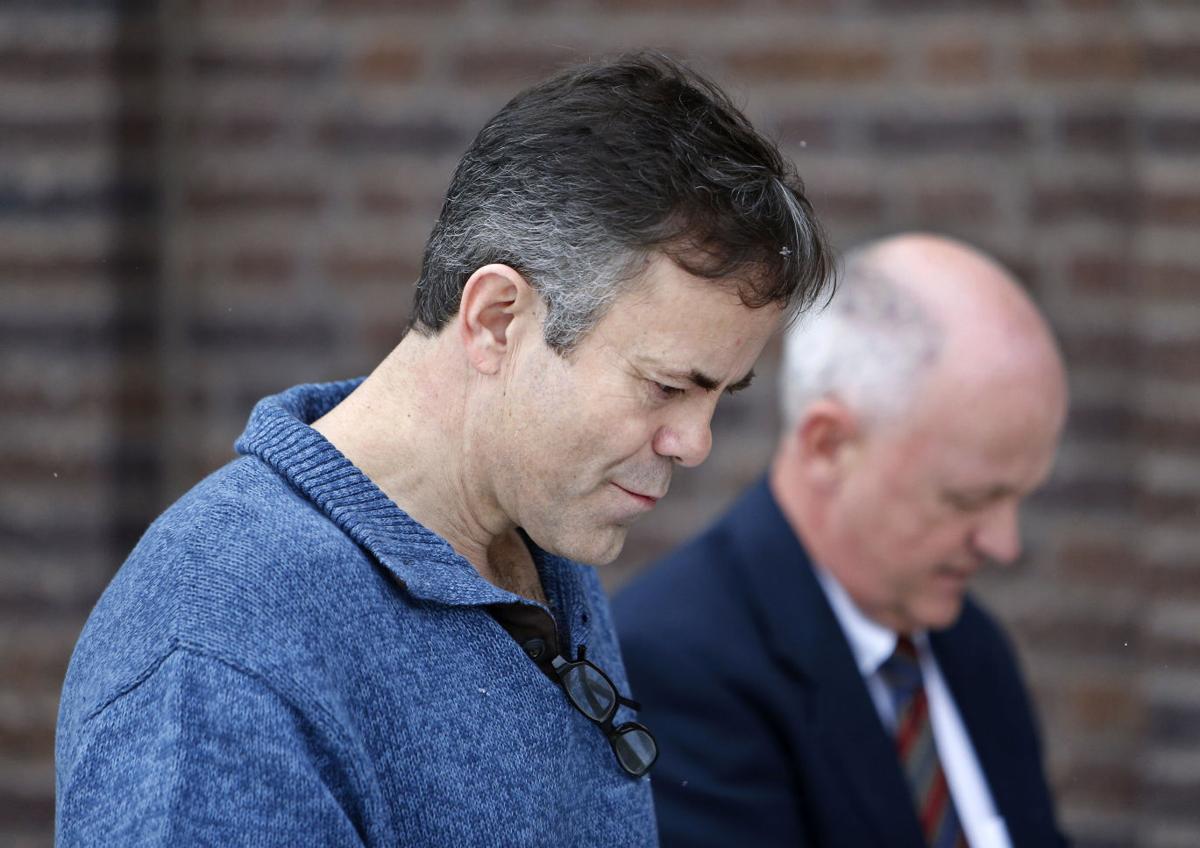 In this April 1 photo, Joop Bollen, left, leaves court following his first appearance with his attorney Reed Rasmussen, background, in Aberdeen. Bollen made an appearance on charges of diverting more than $1.2 million in 2012 from an account meant to protect the state from potential losses related to a contract with Bollen's company. 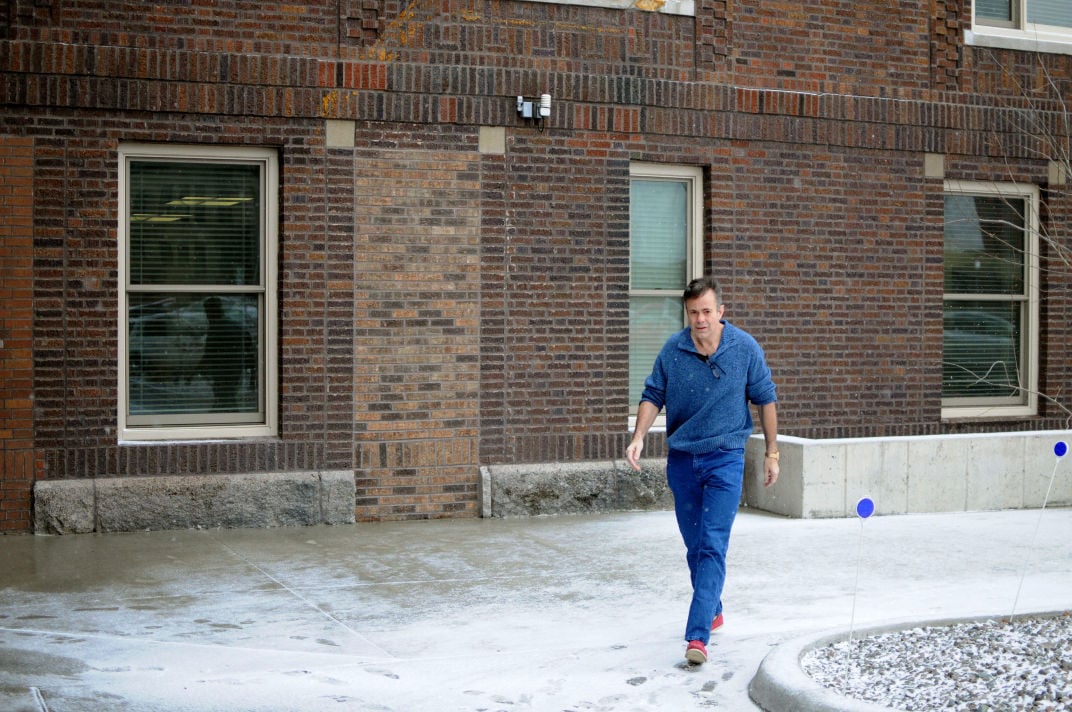 Joop Bollen’s love of ancient art once brought him an award, a spot on a nonprofit board, and a circle of wealthy friends and acquaintances.

But now it could help send him to prison.

Bollen, a 52-year-old Dutchman residing in Aberdeen, S.D., whose first name is pronounced “yope,” faces criminal charges of raiding a bank account that was intended to protect state government against financial risks arising out of a contract with his company. He is charged with using the $1.2 million that went missing for personal gain, including deals for two Egyptian artifacts totaling about $400,000.

He apparently put all but roughly $167,000 back into the account, yet the state Attorney General’s Office considers all of the transfers to be criminal and has charged him with five counts of unauthorized disposal of personal property subject to a security interest. If he is convicted of all five counts, the maximum penalty would be 10 years in the state penitentiary and a $20,000 fine.

Bollen, who is free on a $2,500 bond, made his first court appearance April 1 at the Brown County Courthouse in Aberdeen and faced a media gauntlet. He has otherwise avoided reporters and did not respond to a phone message seeking comment last week from the Journal. Bollen was a key figure in operating the federal EB-5 immigration program for South Dakota, one that has become mired in scandal during the past 18 months.

The charges against Bollen surprised some people in the ancient-art world, including officials at the Michael C. Carlos Museum on the campus of Emory University in Atlanta.

In 2014, at a ceremony featuring Egyptian-themed floral arrangements including lotuses, papyri and figs, the museum presented Bollen with its Woolford B. Baker Service Award. The presenter was Joseph R. Gladden, grandson of the award’s namesake and a former executive vice president and general counsel of the Coca-Cola Company.

A museum publication later described Bollen as a longtime patron and donor who provided loans and gifts of “exquisite and rare” works of art, including a jar, statue, limestone relief slab, wooden sarcophagus and mummy mask. The mask is said to be so rare that its only equals are housed at the Metropolitan Museum of Art in New York City and the British Museum in London.

A quote from Bollen in the publication says that Peter Lacovara, the museum’s curator at the time, helped Bollen build his collection.

“When someone gives you good advice and does it in such an altruistic way,” Bollen told the museum, “it makes you want to do something for them.”

Lacovara, who has since left the museum, did not respond to an interview request this week. A spokeswoman for Emory University said the institution was unaware of the criminal charges against Bollen prior to being informed by the Journal.

“We are monitoring the situation and will respond following the outcome of Mr. Bollen’s case,” said Nancy Seideman, Emory’s associate vice president for media relations.

This is the second time that officials from the museum and the university have faced critical questions about a winner of the Woolford B. Baker Service Award.

In 2001, just a few weeks after receiving the award, Joseph A. “Joe” Lewis II was charged with conspiring to smuggle Egyptian antiquities into the United States.

Lewis proclaimed his innocence and said he was victimized by a dishonest dealer. He eventually got the charges dismissed as part of an agreement with prosecutors that included his forfeiture of some seized artifacts.

Besides their status as past winners of the same award, another connection between Lewis and Bollen is their service on the board of the Association of Dealers & Collectors of Ancient & Ethnographic Art, a Virginia-based nonprofit. Lewis — who did not respond to a phone message this week from the Journal — remains a member of the board, but Bollen resigned last year and explained that he was too busy to continue in the post, said the association’s president, Sue McGovern-Huffman.

McGovern-Huffman had not heard of the charges against Bollen until speaking with the Journal. She said Bollen has a good reputation in the collecting world and has shown a commitment to acquiring artifacts of legal origination from legitimate dealers.

“In all my dealings with him, that has always been of paramount importance to him, that these items have been legally acquired and have good provenance,” she said.

The criminal complaint against Bollen does not allege that he acquired black-market artifacts. But it does allege that he used ill-gotten money to make a pair of artifact deals.

Specifically, the state is alleging that while Bollen was recruiting foreign investors for economic-development projects under a contract between his company, SDRC Inc., and state government, he made five transfers in 2012 totaling $1.2 million out of an account that he had agreed to set aside for state government’s potential use.

The state was granted a security interest in the account, which was officially called an indemnification fund, so the state could use the money to pay any claims not covered by Bollen's liability insurance. Bollen was supposed to raise the balance of the account to $1 million by the end of 2011, and the money was supposed to stay there, available for the state's use, for up to six years after his company’s contract with state government ended.

The state terminated the contract in September 2013, about a month before the public eruption of a scandal over the state’s and Bollen’s handling of the immigrant-investor program known as EB-5. That name is a reference to the employment-based, fifth-preference, permanent-residency visa that is provided to program participants who invest at least $500,000 in U.S. projects that create or retain at least 10 jobs.

According to the U.S Citizenship and Immigration Services, which is seeking to shut down the state's EB-5 activities, South Dakota's participation in the EB-5 program has been marred by: secret alterations to investor documents; submissions of inaccurate, incomplete, incorrect, inconsistent and conflicting reports; $5 million in missing money that was supposed to have been allocated to a pair of development projects; and the diversion of funds away from job-creation and toward debt payments; as well as other problems.

The former state cabinet secretary whose office handled the EB-5 contract with Bollen, Richard Benda, committed suicide in October 2013 as he was about to face criminal charges. Benda is accused of stealing $550,000 of state grant money to pay his own salary when he left state government and went to work for Bollen in early 2011.

Since Benda’s death, Bollen had been heavily scrutinized but had seemed to escape the scandal unscathed until the criminal charges were filed against him March 31. The state Attorney General’s Office has declined to say exactly what sparked the renewed investigation and charges after the passage of so much time, but the charges appear to be at least partly based on information produced late last year by a state lawsuit against Bollen and his company, one of numerous lawsuits spawned by the scandal.

The specific allegations in the criminal case say at least one of Bollen’s alleged transfers from the indemnification fund, the one in the amount of $166,606.89, was never replenished with an equal amount. He apparently replenished the fund with amounts equal to the other transfers.

Among those other transfers, Bollen is accused of using $300,000 to invest in bonds issued for an Aberdeen beef plant, Northern Beef Packers, that received EB-5 investments but eventually went bankrupt. Authorities say he also used $370,000 for an apparent loan to his business partner Pyush Patel, who resides in Georgia and is a fellow benefactor of the Michael C. Carlos Museum.

Bollen, authorities say, used the remaining two transfers to make ancient-art deals. One was a $96,838.74 purchase of an Egyptian artifact from Christie’s Fine Art in London, and the other was a $310,000 transfer to the Harer Family Trust, whose trustee, W. Benson Harer, of Seattle, is a collector of Egyptian artifacts offered for display and sale. 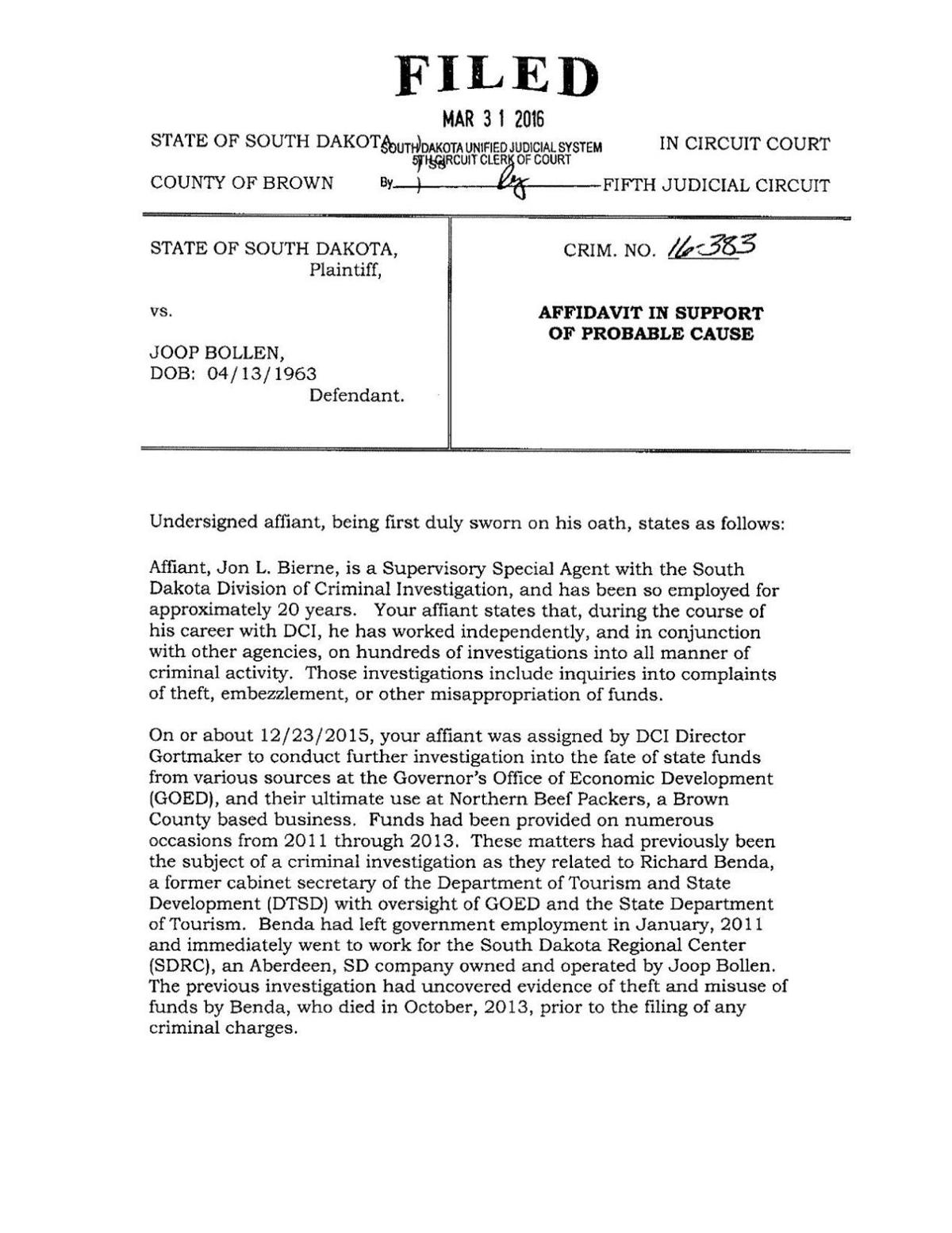 The Journal asked a Christie’s spokeswoman what the company might do if it’s proven that Bollen’s purchase was made with money he obtained illegally.

“We have referred the inquiry to Christie’s London; until we have further information on the matter we decline comment,” said a written statement from Katelyn Kraunelis, communications coordinator for Christie’s America.

Harer, a retiree residing in Seattle, answered a phone call from the Journal but declined an interview request.

“I’m not interested in answering any questions about Mr. Bollen. I’ve given all the information I have to the attorney general,” he said, referring to South Dakota Attorney General Marty Jackley.

Harer’s professional career was in obstetrics and gynecology, but he has written and lectured extensively about health care in ancient Egypt. His collection of Egyptian artifacts was once described as the largest of its kind west of the Mississippi River.

One person who is talking publicly is Bollen's lawyer, Reed Rasmussen, who told reporters last week at Bollen’s court appearance that his client is innocent of the criminal charges. Yet Rasmussen simultaneously seemed to acknowledge that Bollen’s transfers from the indemnification fund were a potential violation of contract terms.

"The state has decided to transform what should be at most a breach of contract case into a criminal proceeding in an apparent attempt to make Mr. Bollen a scapegoat for problems encountered with the EB-5 program," Rasmussen told the Associated Press. "There is absolutely no missing money. Mr. Bollen denies all the allegations and looks forward to clearing his name in court."

In this April 1 photo, Joop Bollen, left, leaves court following his first appearance with his attorney Reed Rasmussen, background, in Aberdeen. Bollen made an appearance on charges of diverting more than $1.2 million in 2012 from an account meant to protect the state from potential losses related to a contract with Bollen's company. 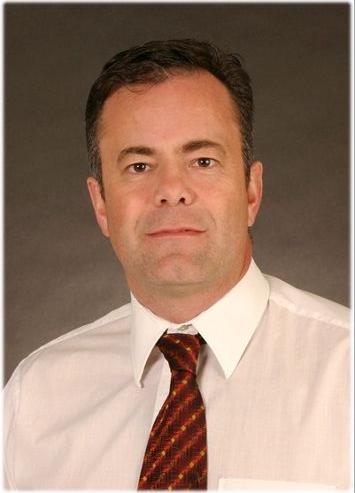