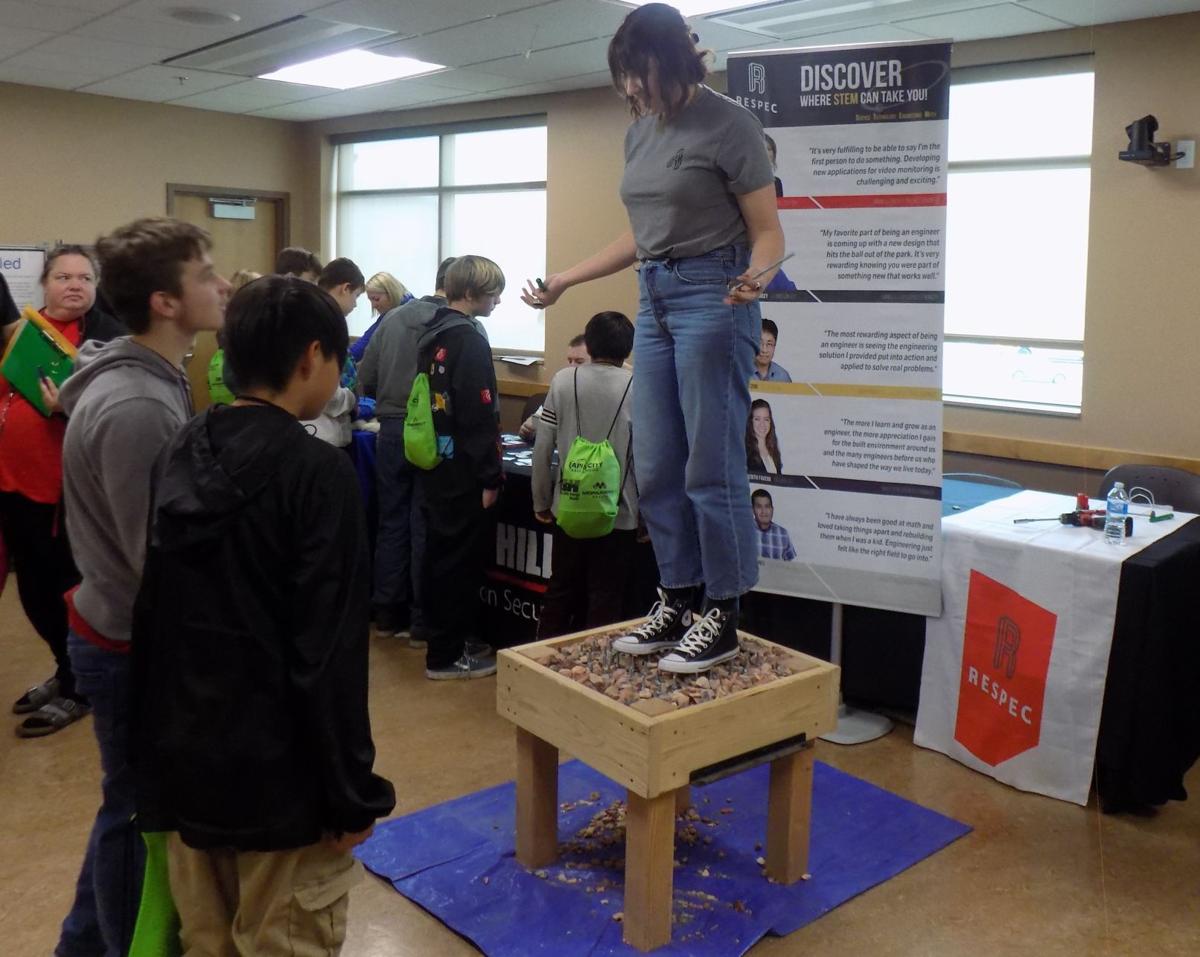 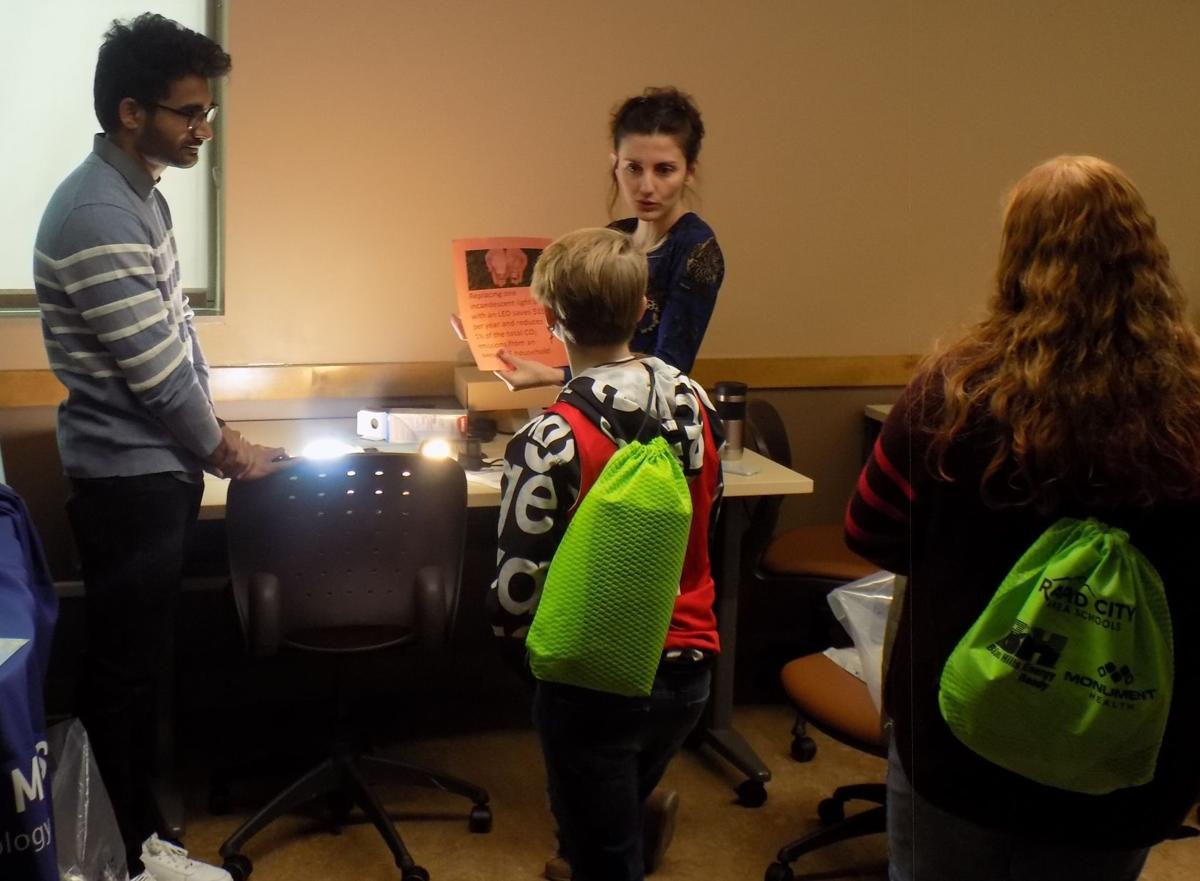 “I saw what she did and how she was helping everyone,” said Okalani, an eighth-grader at South Middle School. She was describing the work of her mother, who’s a nurse.

“I really wanted to be like her,” Okalani said.

Okalani was among about 1,000 eighth-graders from Rapid City Area Schools exploring a host of career and academic fields in the school district’s fifth annual 8th Grade College & Career Fair. The fair was held at Black Hills State University–Rapid City, located in Box Elder.

“I just want (students) to realize that there is a vast variety of careers and that they really don’t have to pigeon-hole themselves into one specific area,” said Lily Bruckner, RCAS manager of college and career readiness, and the coordinator of the fair. “A career in one field could include hundreds of different career options.”

The fair took place during November, recognized by RCAS and other school districts as College and Career Readiness Month.

Amy Hasvold, a mechanical engineer for RESPEC, in Rapid City, illustrated the use of rock bolts to “stabilize loose ground.” She brought samples of both.

“This table that I have all of these loose rocks in doesn’t have a bottom on it,” she said. “So all of the rocks are held together just with the bolts. Because they’re spaced properly and have the correct tension on them, all of the rock is compressed together to create a structural beam.”

Hasvold said the strategic placement of the bolts and the balancing of the rocks created a beam strong enough to support her weight if she were to stand on top of it – a fact she demonstrated multiple times for students.

“This demonstrates what students can do in civil engineering, geotechnical engineering, mining engineering – really, any industry that’s going to require ground stability,” she said.

Teresa Fink was one of a team representing an established profession best known, perhaps, from classic films featuring courtroom dramas. She’s an official court reporter for the Unified Judicial System of South Dakota. But Fink quickly pulled the profession into a range of more contemporary contexts by describing how the skills of court reporting can be applied to many fields.

People who receive the training – in addition to serving as reporters in a courthouse – might become broadcast caption writers for sporting events. They could also use the skill in school settings, writing captions for presentations in order to reach hearing-impaired students.

Fink described an online program that takes about two years to prepare for the profession. She said the work involved learning stenography and building up to a speed of 225 words a minute – a less daunting task to someone who’s developed dexterity from playing a musical instrument.

Or even from frequent texting.

“It’s a shorthand,” Fink said, drawing a connection between texting and a deeply established profession. “Those kids are writing texts in shorthand.”

As students moved through the career fair, they kept their interests in mind as they listened to presentations and visited displays set up by professional and academic experts.

Caiden Logue, an eighth-grader at South Middle School, said he was eyeing the prospect of construction as a possible career.

“It’s a very interdisciplinary idea,” Celik said of sustainability. “It’s about taking the baseline designs in each field and then making them more sustainable.”

Celik and Achyuth Ravilla, a South Dakota Mines Ph.D. student in civil and environmental engineering, were modeling the energy- and cost-savings of LED light bulbs compared to incandescent bulbs. The exercise illustrated the broader applications of sustainability that could reach into students’ careers, as well as their everyday lives.

Bruckner said Friday’s college and career fair was broken into five career clusters connected to the six academies in the school district’s high schools. She said the students had already taken a career interest inventory that identified a career cluster, but, she added, “we also want them exploring careers that aren’t in their immediate focus.”

The whole concept of exploration seemed central to the fair. 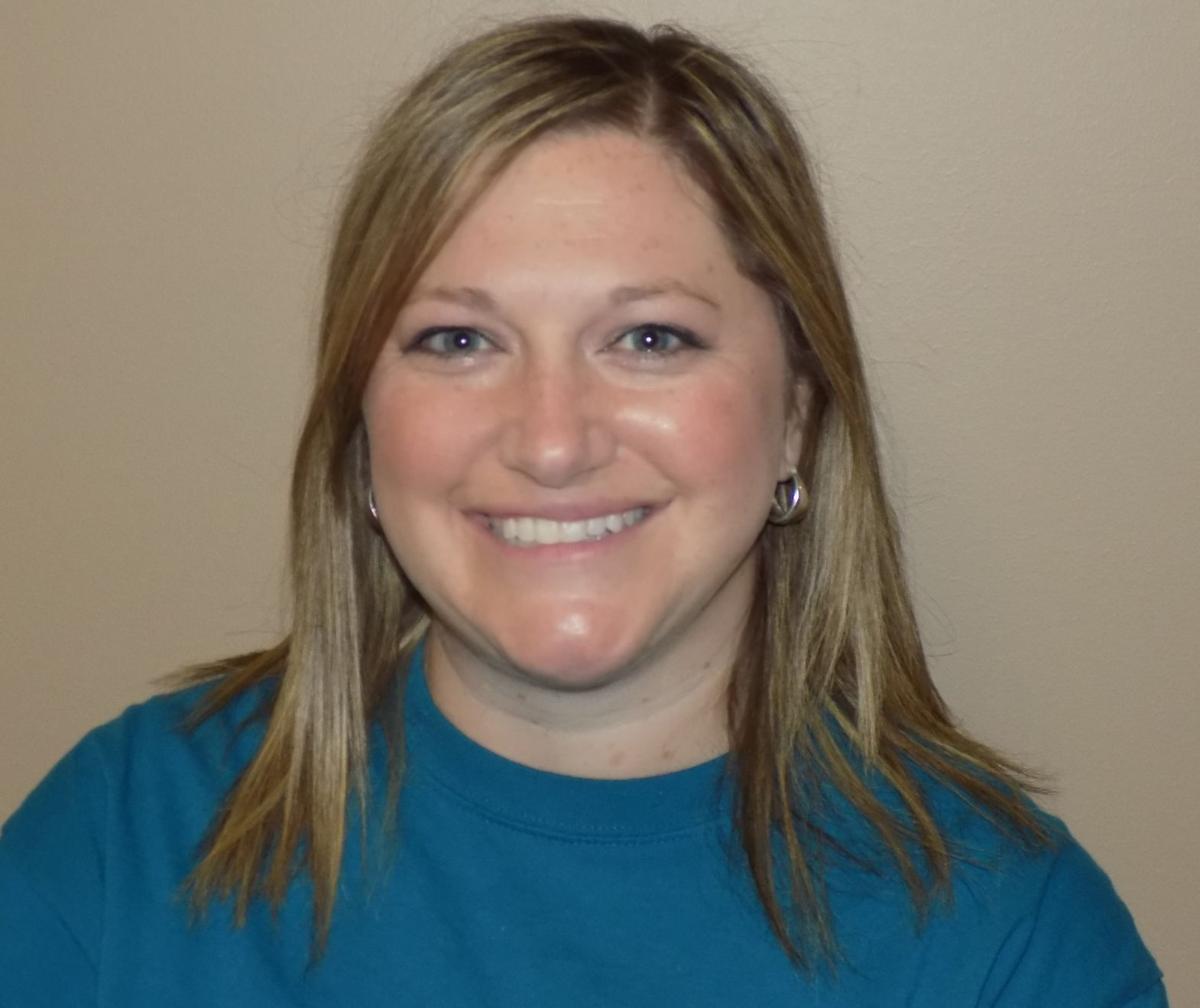