Coy Sasse is in a pretty good mood for a guy who has been considering doomsday scenarios.

Sasse is the director of business and support services for Rapid City Area Schools. It is his job to assure the members of the school board that future school boards won't have to raise the levee for the new school bond above 85 cents per thousand dollars of valuation to pay back the debt if voters approve the $189.5 million bond issue Feb. 25.

Sasse said he has spent a lot of time lately running every contingency other than "Yellowstone exploding and wiping most of West River off the map." Even looking at doomsday, or "worst, worst case scenario" conditions, Sasse said he is confident that board members in the future would have very little trouble holding the $0.85 number until the bonds are paid off.

Board member Christine Stephenson thanked Sasse for his analysis Monday night because she is a pessimist by nature and she "needed to see these numbers."

"We aren't just winging it," Sasse said. "We have thoroughly run through these numbers hundreds of times, and I am confident with them for many reasons."

He undertook the analysis because many opponents of the bond issue have seized on the ability of the board to raise taxes to pay back bonds if needed. The opponents also point to the assumption of 4% growth in district valuations throughout the bond's life in the repayment plan, warning that if growth slows the board will hike rates to cover their debt.

Sasse said that isn't the board's desire — nor will it become necessary, barring extraordinary circumstances. He explained to the board why he was so confident at Monday's meeting.

Valuation growth for the district for the past six years has been at a rate of 5.36%. If you include the past 10 years, it falls to 3.5% on average due to what Sasse called a "deep recessionary period." The recession was a worst-case scenario for valuations because it affected the housing and property markets. A recession based on technology industries or other factors wouldn't hit the average valuation growth as hard.

But even though that depth and length of recession has only happened once in about 80 years, Sasse built models for the next 25 years — the term of the bond issue voters are being asked to consider — that included two of them.

"So this is a worst, worst-case scenario," Sasse told the board. "With the lower growth in our base rate and two recessions where the valuations drop, we could owe as much as $3.6 million extra in year 23."

He said the board would be faced with several options to hold the rate even in that case. He pointed out that the board will finish paying off six and a half to seven million dollars per year debt service between 2030 and 2034. The funds currently going to that repayment plan could be reallocated to the bond debt service without affecting residents.

"Even in the worst, worst case scenario, beginning in 2030 you would have extra capital funds after absorbing the extra debt service to hold the levee at only 0.85 per thousand," Sasse said. "I believe the benefit of the project is worth the investment. And I want to say, there are no signs in the community or economy that we should expect this scenario to take place." 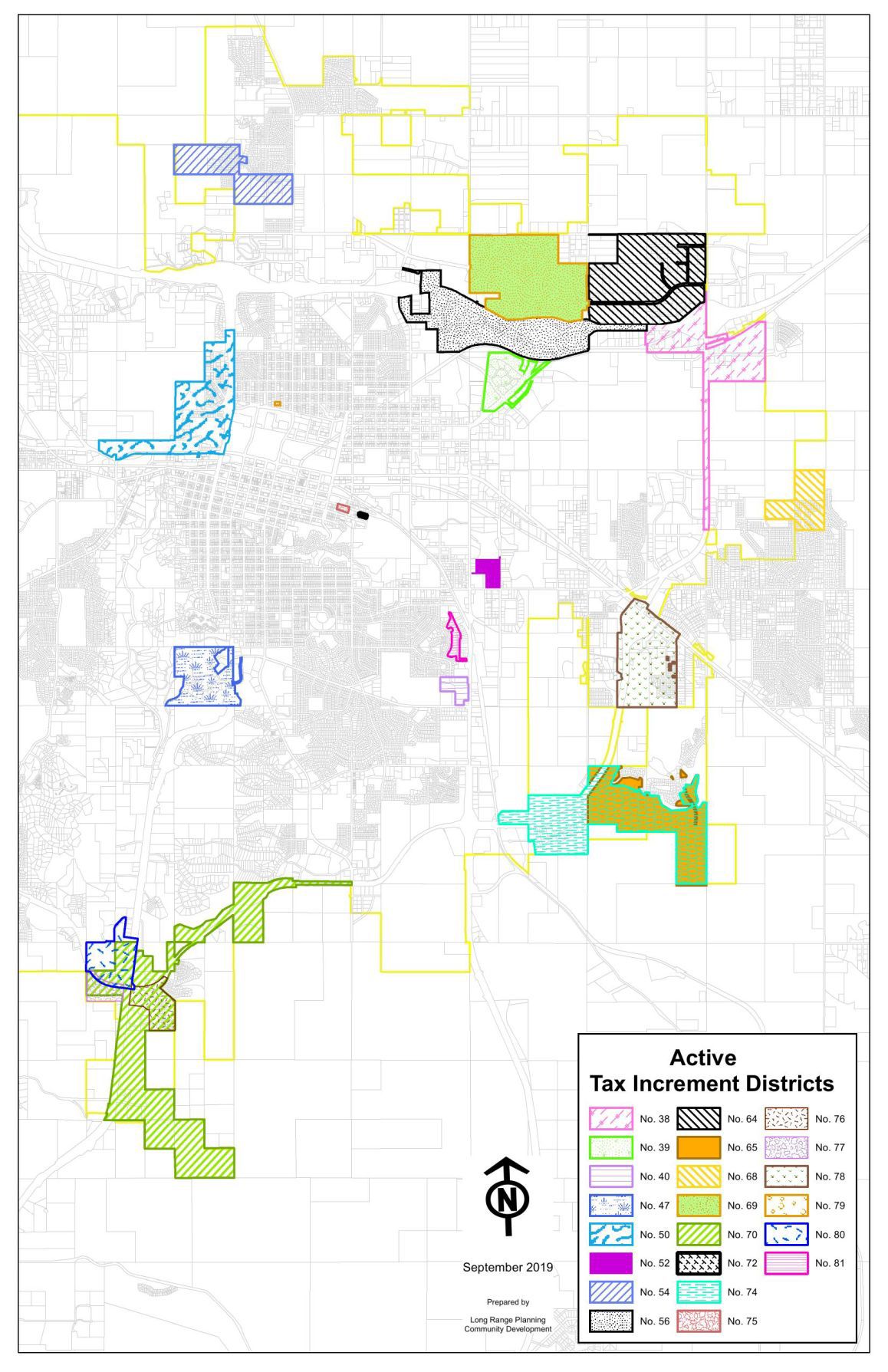 Board President Mike Roesler pointed out that several Tax Increment Financing plans in the Rapid City area will be completed soon and large projects will finally be added to the tax rolls. There are currently 22 active TIF districts in the RCAS area and Roesler said those properties would account for almost 1% growth on their own.

Larger TIF projects like Cabela's and Rushmore Crossing roll onto the tax rolls in 2023 and 2024. Some TIF districts expire in the next two years, while six of them extend to 2030 and beyond. 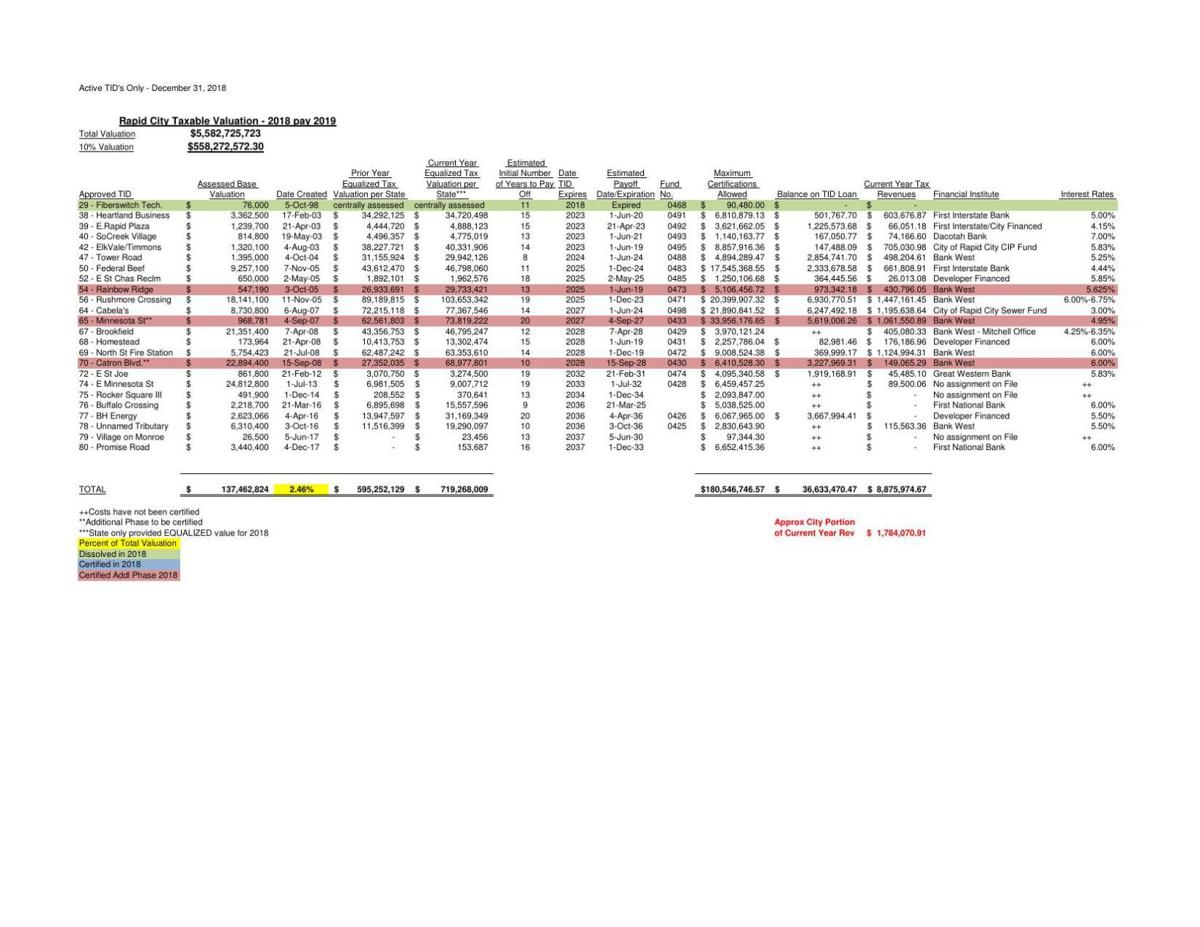 Sasse told the board that Rapid City has seen record growth in building permits for the past four years and many of those projects aren't on the tax rolls yet. He said accelerated growth in expected with the addition of the new B-21 bomber at Ellsworth Air Force Base.

In another view, Sasse pointed out that if the district maintains its current rate of growth for the next five years, it would almost carry the bond so there would be no increased debt service for the 25-year amortization of the debt service.