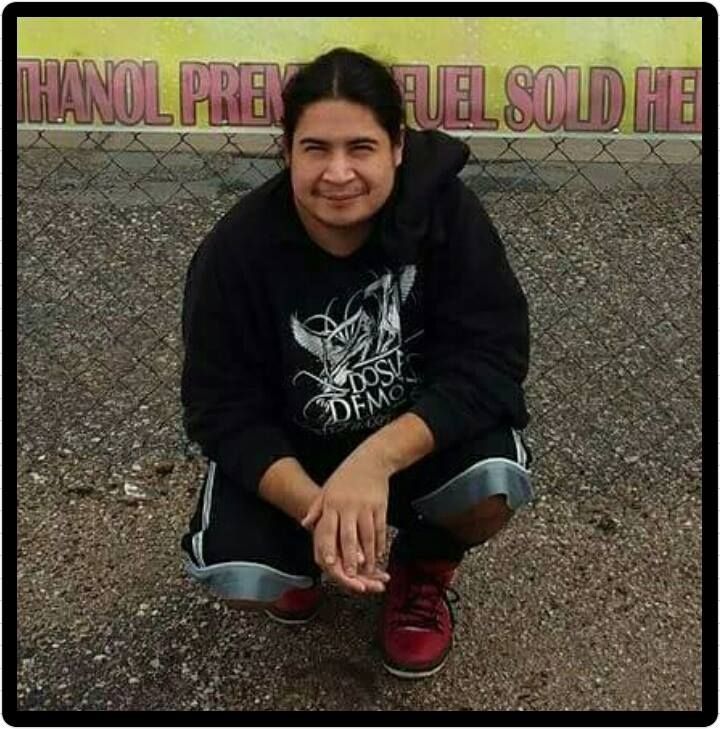 Alejando Vazquez, also known as Alex "Tank" Gay, has been missing since October 2015. He was last seen near Kyle. 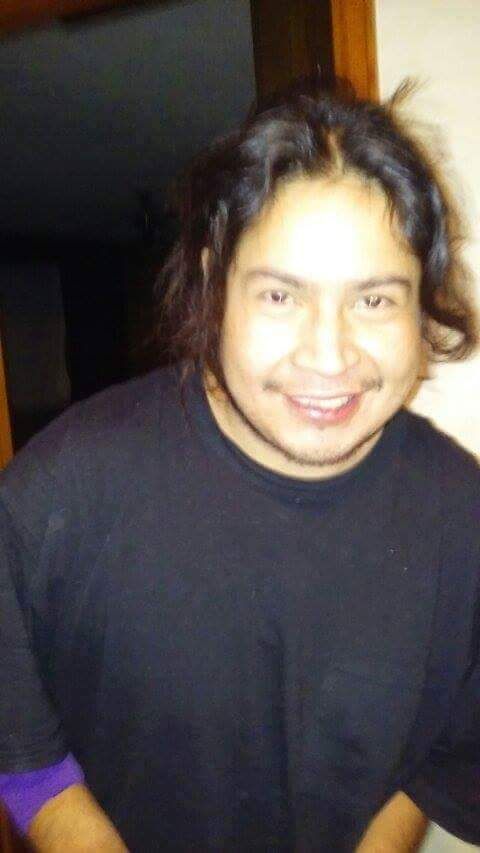 The family of "Tank" Vazquez is searching for him after he went missing on Oct. 29.

KYLE | The family of a 24-year-old former Kyle man missing for 12 weeks says Bureau of Indian Affairs agents have been indifferent to his disappearance amid rumors that he was murdered and buried somewhere on the Pine Ridge Indian Reservation.

“It’s been more than two months and still not a word from him or help from anyone,” said his cousin Misty Hernandez, 42, of Kyle. “We’ve been asking for help, and no one seems to care.”

Vazquez had arrived back in South Dakota for a visit the weekend before Halloween from Dodge City, Kan., where he lived off and on with his father, Mario Vazquez, a mechanic at a packing plant. Since his return, the younger Vazquez had been staying with a brother, Angel, at his house five miles west of Kyle, Hernandez said.

“His brother saw him on the 29th (of October) when he left a trailer house out in the country at 3 a.m.,” she said. “His brother said he didn’t say anything about where he was going, but a couple people saw him knocking on his brother’s door in Kyle on Halloween morning. But, his brother didn’t open up.”

Since Tank Vazquez went missing, Hernandez said, the family had contacted the tribal president’s office, which in turn alerted BIA criminal investigators. Tribal police had searched several areas with ATVs but turned up nothing, and Hernandez said searchers had even used an airplane in their efforts, which were similarly unsuccessful.

“Friends and family organized a search party,” she added. “It wasn’t very big, because most people were too busy to help. We’ve been trying to get it posted on news stations everywhere, but it doesn’t seem like anyone is really wanting to get involved. Even search and rescue said they’d leave it up to the police.”

Another search is planned for Sunday.

Calls from the Journal seeking comment from the Kyle Police Department on progress of the investigation into Vazquez’s disappearance were referred to the Oglala Sioux Tribe Department of Public Safety and were later referred to BIA Agent Darrell Robinson at Pine Ridge, whose office then referred all media inquiries to BIA District Special Agent in Charge Mario Red Legs in Aberdeen, whose office in turn referred the calls to BIA Public Affairs Officer Nedra Darling in Washington, D.C., whose office informed the Journal that she was unavailable, but queries could be submitted in writing to two email addresses.

A half-dozen questions were submitted in writing to the BIA on Tuesday and receipt was confirmed by Darling but, as of Thursday afternoon, the Journal had received no BIA response to that query.

Ellen Fills The Pipe, an Oglala Sioux Tribal Council member representing the Medicine Root District and chairwoman of the tribe’s Law & Order Committee, said Wednesday that her committee had been informed of the continuing search for Vazquez, although she said the law enforcement officer who briefed them had not identified him by name.

“We were informed of a missing male, that officers had been out with a search party, out with cadaver dogs, and had explored an area around the dam at Kyle,” Fills The Pipe said. “The search is still going on.”

The councilwoman said she was concerned with the disappearance as well as the toll on tribal and BIA officers and agents involved in the search.

“Our prayers go out to their families, and wishes of strength for them also,” she said. “I’m concerned for the personnel who have to do the searching because it takes a lot out of you.”

Tribal Councilman Chancy Wilson of Kyle said Thursday that he and OST Tribal President John Yellow Bird Steele had been briefed twice by police since Vazquez’s disappearance, the last time right before Christmas.

“I’ve also talked to the family on a couple of occasions to see if we can do anything,” Wilson said. “I hope we can find Tank safe so his family can be at rest. I just hope that, wherever he is, that he is in good health.”

Hernandez and the elder Vazquez said rumors about Tank’s disappearance were running rampant on the reservation, and both were critical of BIA investigators who they said had not pursued obvious leads.

“There are so many people talking that somebody did something to him and buried him outside of Kyle,” Hernandez said. “My biggest fear is just that the rumors might be true, that he was tortured.”

The elder Vazquez said he thinks he knows who might have killed his son.

“I’ve got a pretty good idea, but I don’t know if I can say it,” Vazquez said.

“I just hope they get caught, that someone provides that information, that this gets settled, and that someone gets arrested,” he added.

Vazquez said his son was not particularly ambitious, was known as a heavy drinker, but had a good heart.

“I think he got his nickname from one of his brothers,” the father said sadly, speaking as if his son’s fate were already sealed. “He was built like a tank, and he’d drink like a tank, too. But, he was a person who was full of life, a gentle man with a good heart. He cared a lot for his family. He was a good guy, but he had a drinking problem, though he was so full of life.”

Search party to set out on Sunday

Volunteers are being encouraged to join in a search party this Sunday for Alex “Tank” Gay, also known as Alejandro “Tank” Vazquez, a 5-foot-7, 200-pound Lakota, who was last seen Oct. 29 near Kyle.

Searchers will gather at 9 a.m. Sunday at the Community Action Program offices in Kyle. Volunteers are encouraged to bring cadaver dogs, ATVs and 4X4 pickup trucks. Questions may be directed to the missing man’s father, Mario Vazquez, at 620-253-5887.

Four drivers hurt, 13 impacted by semi hitting snow plow on I-90 in Sturgis

Alejando Vazquez, also known as Alex "Tank" Gay, has been missing since October 2015. He was last seen near Kyle.

The family of "Tank" Vazquez is searching for him after he went missing on Oct. 29.