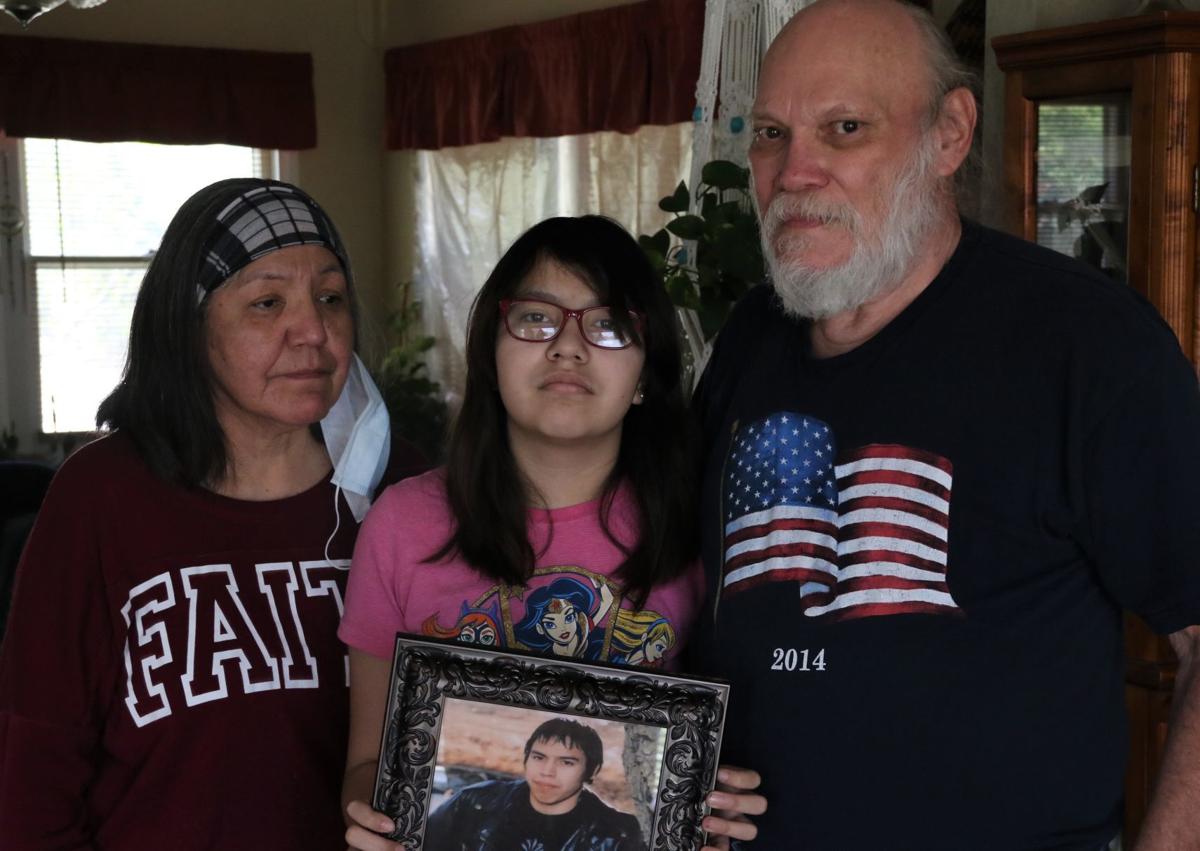 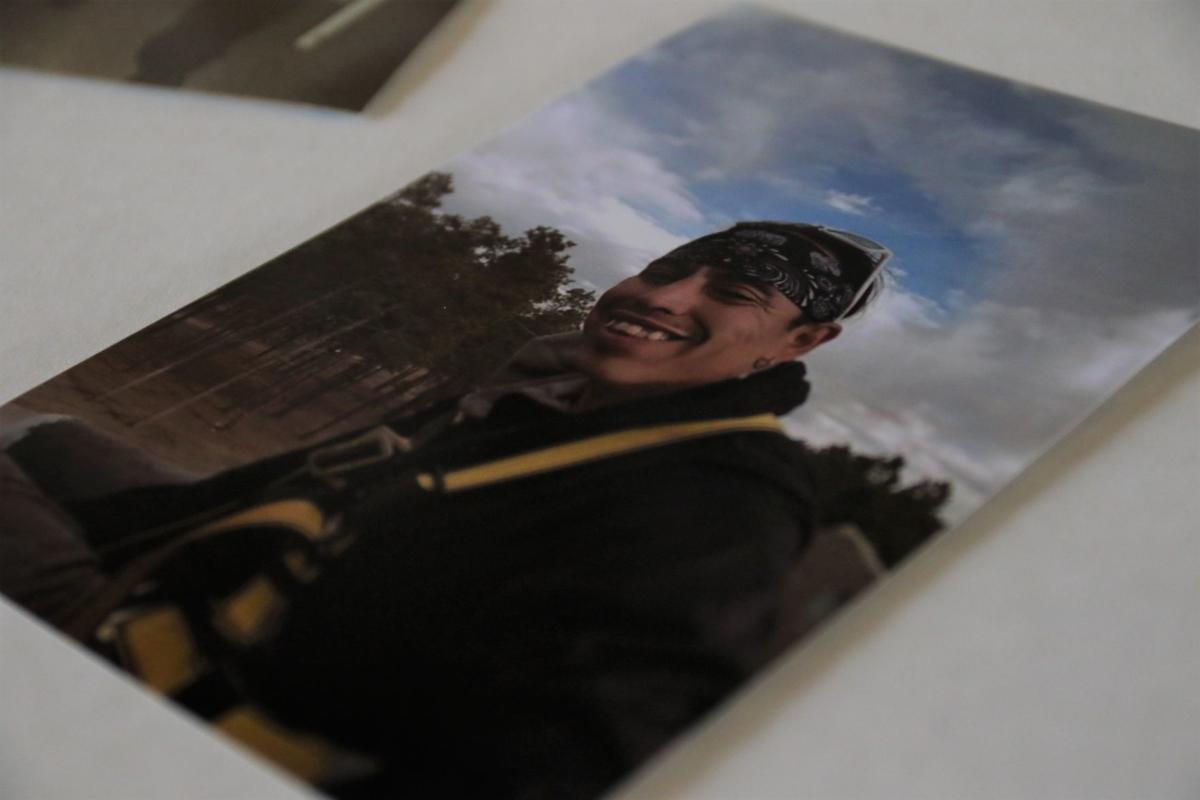 A recent photo of William Prince, 31, on a tri-fold board made by Prince's daughters at his mother's house. Prince was admitted to Monument Health for vomiting uncontrollably. He was later diagnosed with COVID-19 and died May 17. 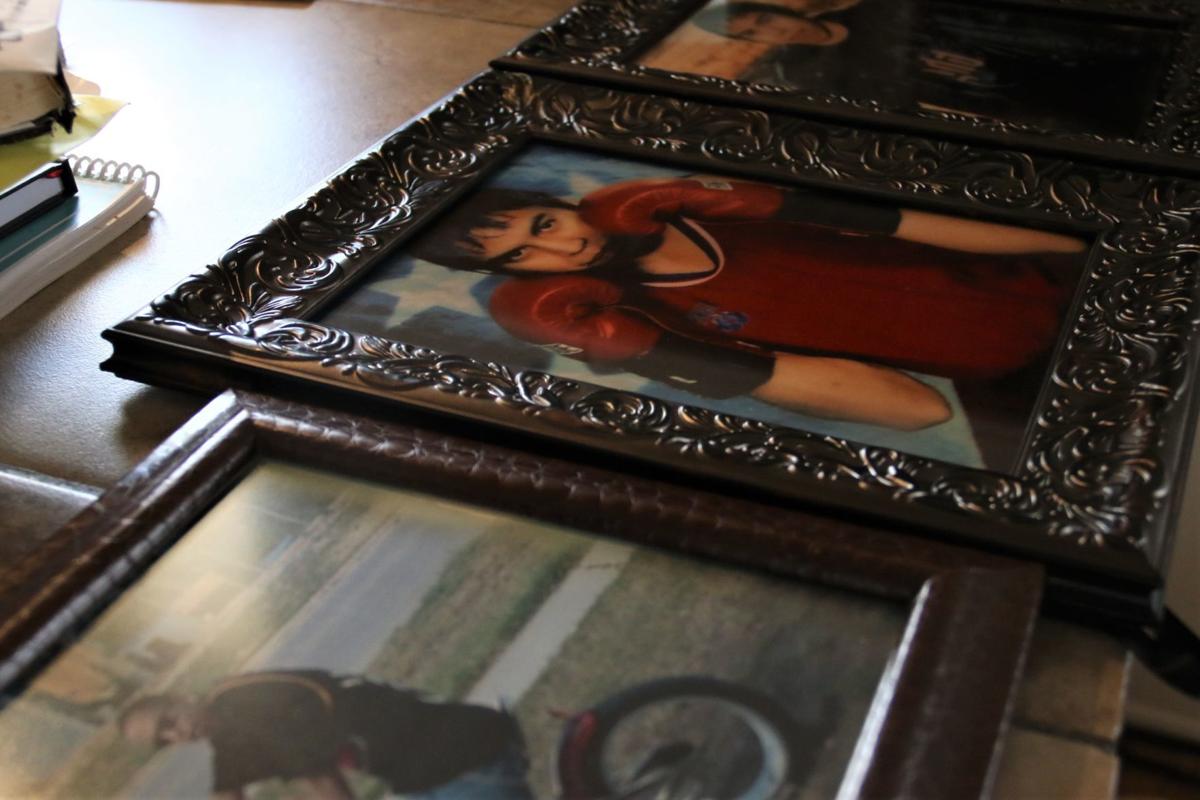 A few photos of a young William Prince who died May 17 after an 18-day battle with COVID-19. Prince was a father to three girls.

“At the end, it was about…(midnight) and they told me that he was going,” she said Tuesday. “I got up and I talked to him, I prayed with him and I said don’t be afraid.”

Massey and her husband, Michael, said Prince was admitted to Monument Health at the end of April.

Michael said Prince’s girlfriend took him to the emergency room because he was throwing up uncontrollably. He later went into cardiac arrest and was dead for 11 minutes, The medical staff was able to resuscitate Prince, but his almost three weeks in the hospital were touch-and-go.

“There were a few times where he came out of it, and we thought he was going to get better,” Massey said. “The doctors would tell us he’s progressing really (well) and then all of a sudden he would just go back down. Then they’d bring him back up again and he’d fight.”

Michael said Prince was always a fighter — he competed in the Golden Gloves national competition when he was 18 or 19 years old.

“He didn’t just accept stuff,” Michael said. “I think that’s what he was doing in the hospital, he was fighting. … His heart just gave out, he couldn’t fight anymore.”

Prince also was a father to three girls, a seasonal roofer, a big kid at heart and someone who always had a smile on his face, his family said.

A week before he was admitted to the hospital, Massey said Prince came to the house to pick up some mail. She said he told her when he was working on someone’s roof, there was a man “coughing away like crazy” without a mask.

Massey said her son told her he constantly washed his hands and wore a mask and thought COVID-19 was scary.

“A week later he was in (the hospital),” she said.

Michael said the doctors told them they thought the virus had run its course, but Prince was fighting the secondary damage it had done. He said Prince was having issues with his liver and kidneys, and his heart was operating at about 10%.

A week before Prince died, the Masseys were told he probably wouldn’t make it through the night. If he had another cardiac arrest and the doctors attempted to resuscitate him, there was danger of Prince infecting the staff and causing more damage to his body.

Michael said they told the doctor they were going to leave it in the Lord’s hands.

The Masseys asked friends and family to pray for Prince, and they were sent. It wasn’t just from the local community, though, it was from Canada, the United Kingdom, Australia, Pakistan and other countries.

“It’s been amazing the support that we’ve gotten from other people and people we don’t even know,” Michael said.

After Prince died, Massey began a GoFundMe page to raise money for his funeral with a goal of $15,000. She said they’ve received donations from people they don’t know.

Any money leftover from the fund will go toward Prince’s medical bills the Masseys will have to pay. Michael said they haven’t received any bills yet, but that it’s a daunting thought since Prince spent all his time at Monument Health in the Intensive Care Unit with almost around-the-clock care.

Massey said if she needs to, she’ll pull from her 401(K), which she already used to pay her own medical bills when she was diagnosed with a couple different forms of cancers a few years ago.

Although they weren’t able to spend the last moments of Prince’s life with him in the hospital, they were able to speak with him on the phone, something that had been constantly available to them.

Massey said she wants to thank the hospital staff for keeping an iPad in the room to make FaceTime available, as well as spending Prince’s last moments by his side.

“That to me is so selfless...they don’t even know him yet they care for him, and that really meant a lot to me,” she said.

Michael and Massey both said they don’t think everything should open back up, especially with more cases popping up across Pennington County — the case count jumped by 11 to 85 Wednesday morning, according to the South Dakota Department of Health.

They also said it’s not a big inconvenience for people to wear a mask or wash their hands, and it’s not just to protect the person wearing them, it’s to protect everyone.

Visitation and a funeral will be held Friday and Saturday for Prince. Both are open to friends and family and those in attendance are required to wear masks.

A recent photo of William Prince, 31, on a tri-fold board made by Prince's daughters at his mother's house. Prince was admitted to Monument Health for vomiting uncontrollably. He was later diagnosed with COVID-19 and died May 17.

A few photos of a young William Prince who died May 17 after an 18-day battle with COVID-19. Prince was a father to three girls.