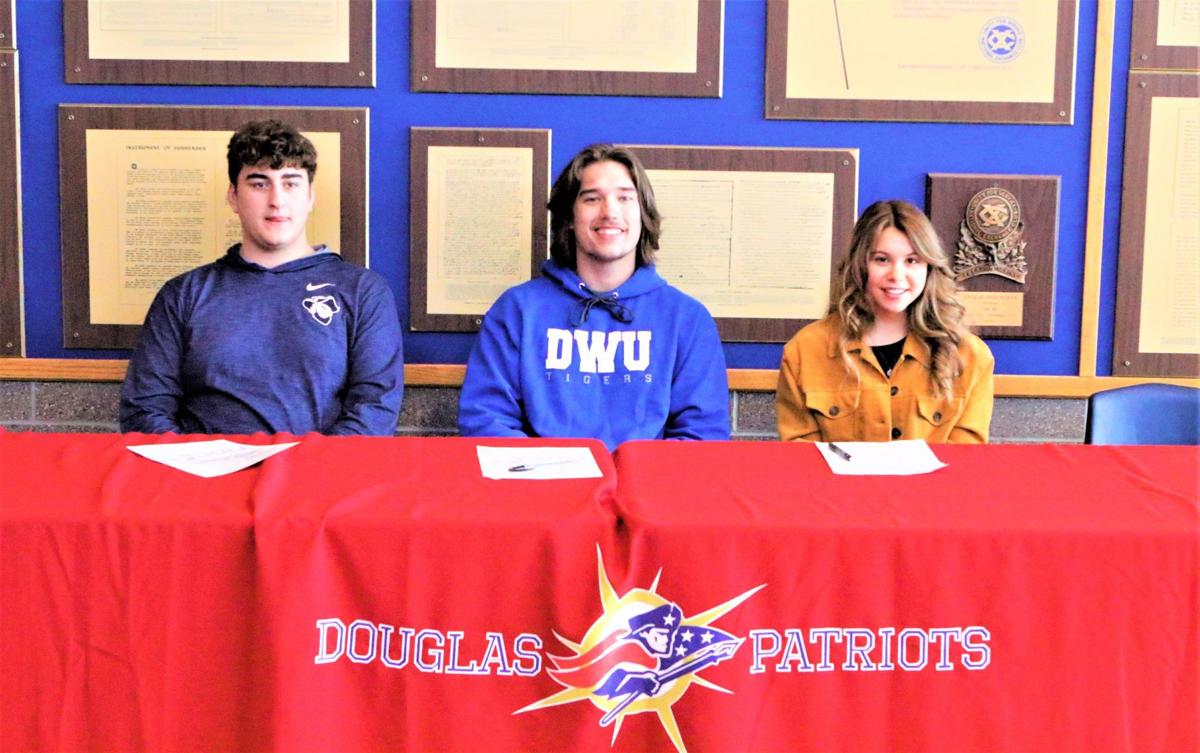 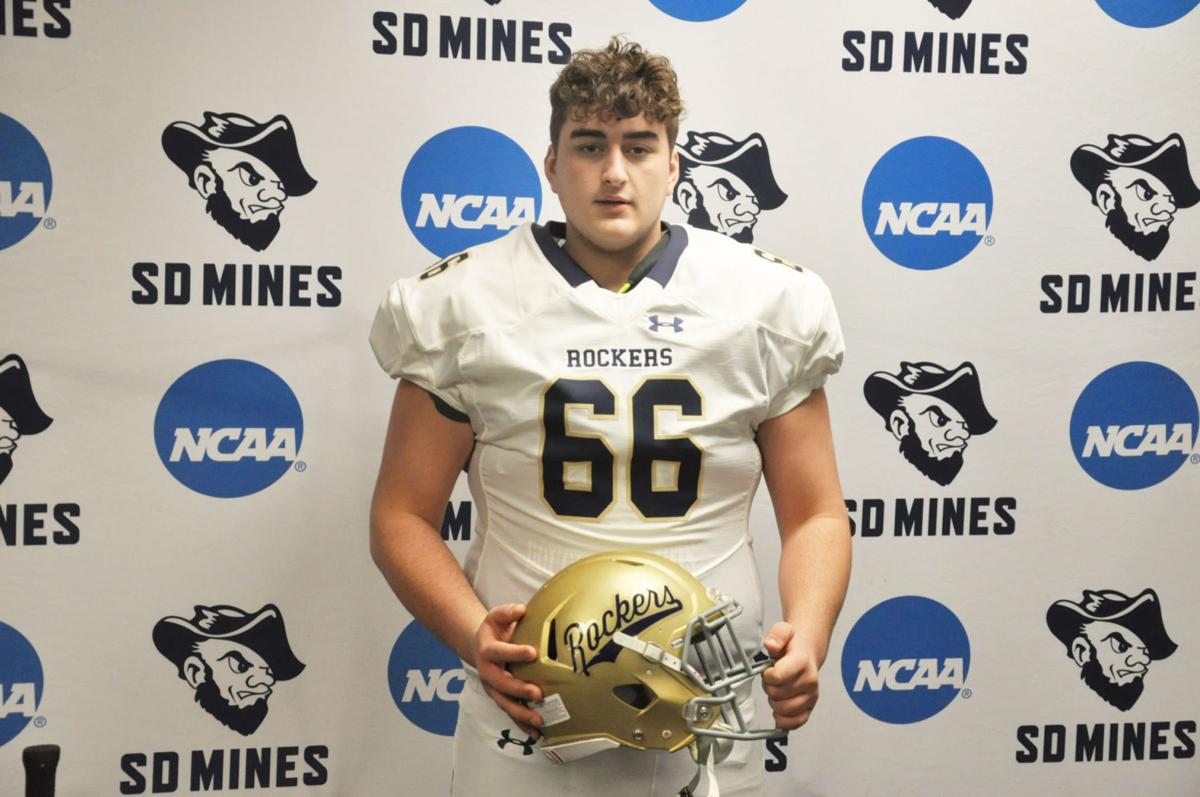 All Mason Finsterwalder could do last season was watch from the sidelines and wonder if his football career was over.

Out for the season after dislocating a kneecap, the Douglas High School senior will get another chance to play the game he loves and get a quality education, as he recently signed a letter of intent at South Dakota School of Mines to play on the defensive line.

Finsterwalder, along with teammate Jaiden Walton and Douglas senior golfer Molly Schwartz signed their letters in a small ceremony Monday morning at the school. Walton will play football at Dakota Wesleyan, while Schwartz will golf at Fort Lewis College in Colorado.

For Finsterwalder, the thoughts of doubt quickly turned to optimism with the help of longtime Patriot head coach Dan Maciejczak. The Hardrockers were receptive as well.

“(Not playing again) ran through my head a little until me and Magic had a little talk about it,” he said. “We started working from the bottom and going up. It was just the fact that I am still young and I have room to grow.”

The injury happened last June at the Chadron State College football camp as the 6-foot-1, 255-pounder said he he just stopped and turned during a drill. He also tore the medial patellofemoral ligament (MPFL) as well as tearing a chunk off of his kneecap.

Finsterwalder actually dislocated his kneecap the year before, so he was aware of what he had to do to get back in playing shape.

Maciejczak said that when Finsterwalder was hurt at camp, it was a tough because he called him one of those players that has done everything asked of him.

“For him, I told him it is going to be a good thing in his life, learning how to fight through adversity. He’s wrestling for us now and getting stronger, but he is still facing a little adversity. For life lessons, it is always up and down.”

Despite his injuries, the Hardrockers didn't back off.

“I guess they liked the film from my junior year," said Finsterwalder, who earned All-Black Hills Conference honors that season. He knew coaches were pretty understandable about everything.

New Mines head coach Charlie Flohr said Finsterwalder's determination to overcome his injury showed the type of player they are looking for.

“Not being able to play his senior year was very hard on him, and he still has the dedication to come and play football. He is wrestling this year, which says a lot about the kid," Flohr said. "He’s a very athletic kid, a very mobile kid. Those kids are great program kids. They will come in and do those things for the next four or five years. When you are trying to come in and establish a program, those are the kids you need knowing that they are going to do everything in their heart and soul to make the best out of things.”

Finsterwalder ended up choosing Mines over Chadron State because of the mechanical engineering program.

“I started researching Mines and figured out that its is one of the best schools in the nation, so I decided to go there and play some football,” he said.

Walton looks to step in at DWU

A teammate of Finsterwalder, Jaiden Walton believes he has found another home at Dakota Wesleyan.

“They really showed me that I was important to them; they wanted me, and I could fit into their program. I thought that was really cool,” he said.

The 5-11, 225 pound linebacker was a four-year starter for the Patriots and earned All-Black Hills Conference and All-State honorable mention honors this season.

Walton said for him to achieve his goal in college, he will have to work hard and get ready because he was told there is an open spot at the linebacker position.

“I’m going to go in and hopefully start, so I need to show the coaches that I am ready to play,” he said. “There’s a spot ready, so it is just a matter of me showing them I deserve that spot.”

He’ll look to compete at the outside linebacker position.

“That’s where I feel most comfortable at outside linebacker,” he said. “I know it is going to be hard and there will be great competition, but I am ready for the challenge.”

Molly Schwartz will have a familiar face on the links when she plays for Fort Lewis College — her older sister Sophie, who is a junior for the Skyhawks.

“I took a tour of the campus and it is a really pretty area, and I like everything about the college itself,” she said. “It is very outdoorsy, so I am very excited about being on the golf team."

It also didn’t hurt that Fort Lewis is scheduled to compete in a tournament in Hawaii next season.

“Hopefully I can get on the starting five and get to play in Hawaii,” she said with a grin. “They go to a lot of cool places, like California, Arizona and Texas, so I am excited about that.”

Schwartz, who finished in a tie for 11th at the Class AA State tournament last June as a junior, is looking forward to stepping up in college.

“It is definitely a different type of level. I know the distances are a lot longer, so I'm training and practicing for that, and getting into the weight room to make my distance a little longer than it is right now,” she said. “I’m excited because the team is really close and I am excited about that.”

Schwartz is planning to be an athletic trainer.