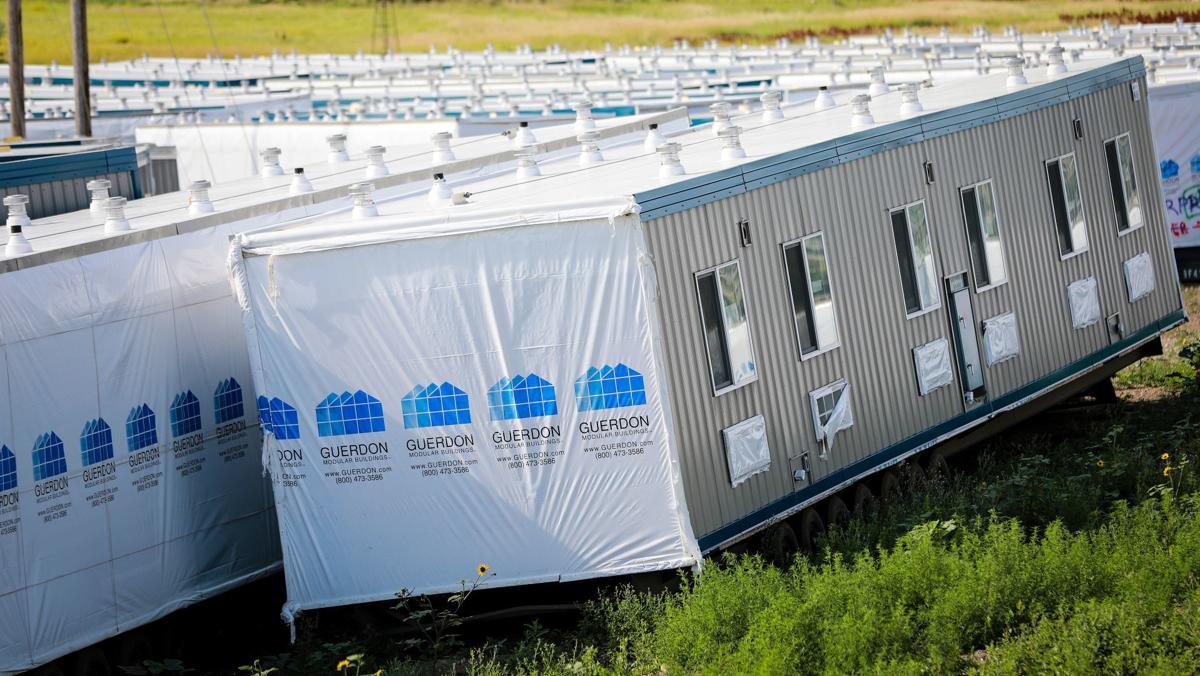 Modular housing units intended for use at Keystone XL pipeline construction camps were being stored on the site of a former salvage yard in Rapid City in this July photo. 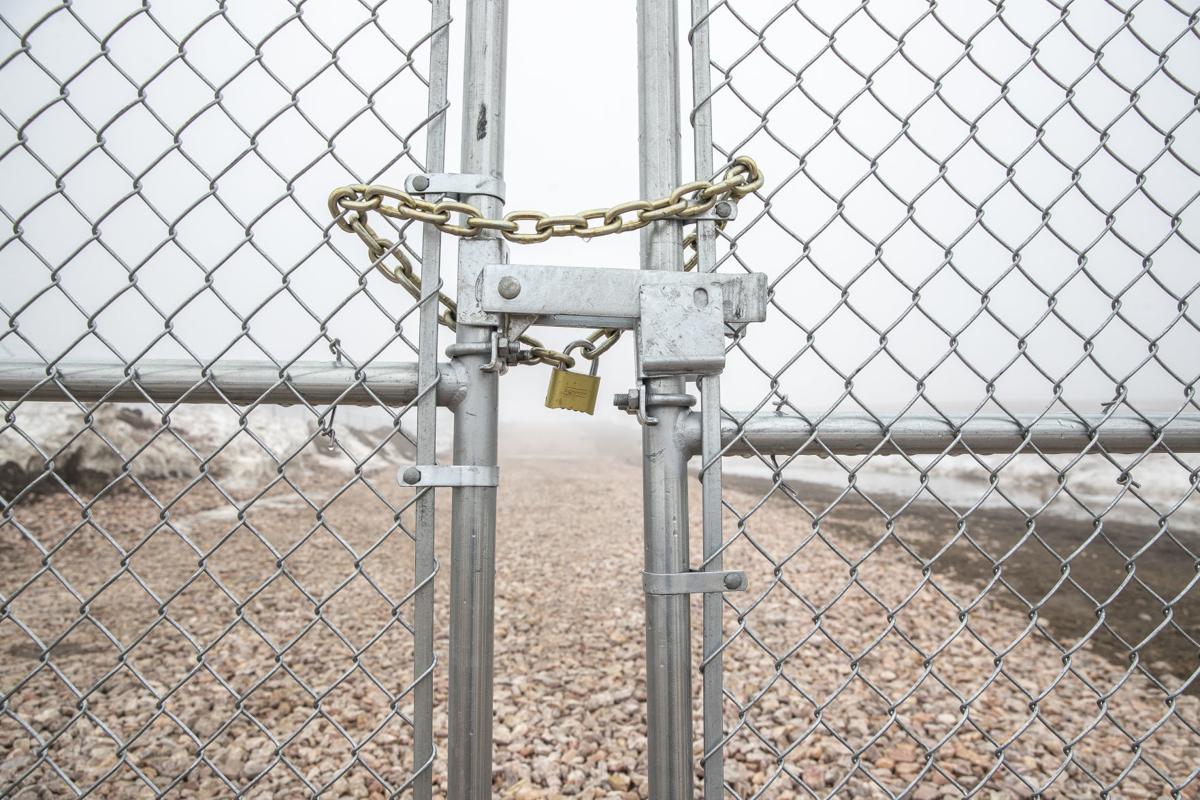 The Canadian company that wants to build the Keystone XL crude-oil pipeline has informed a court that it will spray weeds, haul pipe, move work-camp modular housing and cut down trees beginning this month in South Dakota and Montana in preparation for construction of the pipeline next year.

On Sept. 20, TC Energy filed a status report with a federal court in Montana that is handling an ongoing lawsuit about the proposed pipeline. The status report notes that a federal appeals court lifted the Montana court's injunction against the project in June.

"Thereafter TC Energy (formerly TransCanada) returned to planning for the pre-construction activities so that construction of the Keystone XL pipeline could begin in 2020," the status report says.

Meanwhile, litigation concerning the project remains pending, and opponents of the project have pledged to keep fighting against it. In South Dakota, the state Water Management Board began two days of hearings Thursday on several water permits requested for the project, for purposes such as directional drilling, hydrostatic testing, dust control and work-camp supply.

The status report filed in Montana federal court says some pre-construction activities, which had been suspended while the injunction was in effect, will resume on privately owned land this month.

TC Energy plans to eradicate weeds along the pipeline right-of-way in South Dakota and Montana by dispatching workers to hand-spray herbicides.

At pipe yards in South Dakota, TC Energy plans to resume groundskeeping activities and transportation of pipe to the yards by train and truck.

TC Energy plans to bring modular housing to four planned work-camp sites in Montana and South Dakota and to install underground utilities and power at the sites. Some of the modular units are currently stored at a site in eastern Rapid City.

According to TC Energy's latest quarterly report to the South Dakota Public Utilities Commission, there will be a workforce camp in Haakon County and a planned camp in Tripp County could be moved farther north, while other camp-site plans are pending.

Mowing will be conducted along the pipeline route's right-of-way and at seven planned pump stations in Montana and South Dakota to limit migratory bird nesting during construction.

Selected trees will be cut down along portions of the pipeline route in South Dakota to avoid affecting the northern long-eared bat during construction. Landowners who have granted easements to TC Energy have approved the tree-cutting, the status report says.

In South Dakota, maintenance of unpaved county roads near the pipeline route will continue in coordination with county governments, pursuant to haul-route agreements. The work will include grading, gravel-spreading and dust-reduction measures.

The estimated $8 billion pipeline would stretch 1,210 miles from Canada’s tar sands to Steele, Nebraska, where the crude oil could then be sent through an existing pipeline to refineries on the Gulf Coast.

The pipeline would stretch diagonally through South Dakota from near the state's northwest corner to the south-central portion of its border, staying west of the Missouri River. TC Energy's existing Keystone Pipeline — a precursor to the XL project — already passes through eastern South Dakota on a north-south route.

MADISON, Wis. | A bipartisan proposal making it a felony to trespass or damage oil or gas pipelines in Wisconsin is moving through the state L…

THEIRS: Keystone XL will wait despite ruling

After years of debate over the Keystone XL pipeline, both in courtrooms and the public forum, Nebraska's highest court has given a green light…

BILLINGS, Mont. | Environmentalists asked a federal judge on Monday to cancel approvals issued by the U.S. Army Corps of Engineers for the Key…

Many Keystone XL pipeline pre-construction activities that were scheduled for this month have now been put on hold, attorneys for TC Energy ha…

Modular housing units intended for use at Keystone XL pipeline construction camps were being stored on the site of a former salvage yard in Rapid City in this July photo.