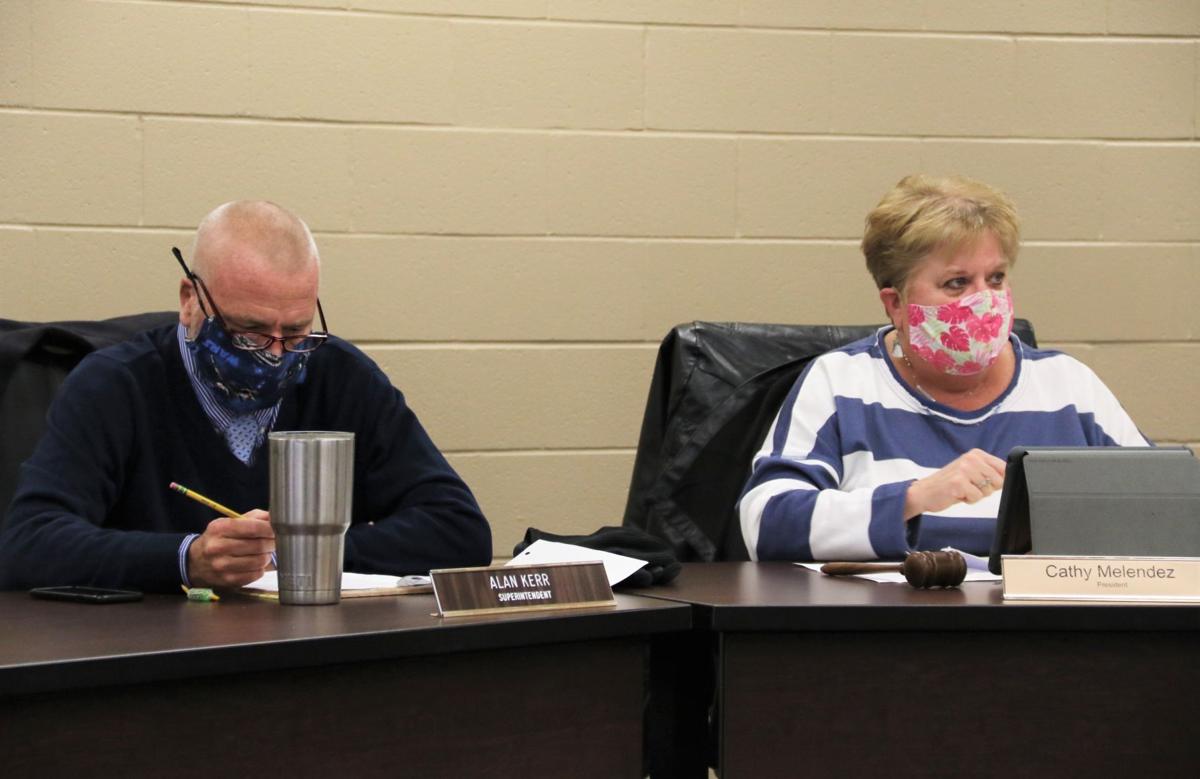 Douglas Superintendent Alan Kerr and Douglas School Board President Cathy Melendez listen to presenters during the Monday board meeting. 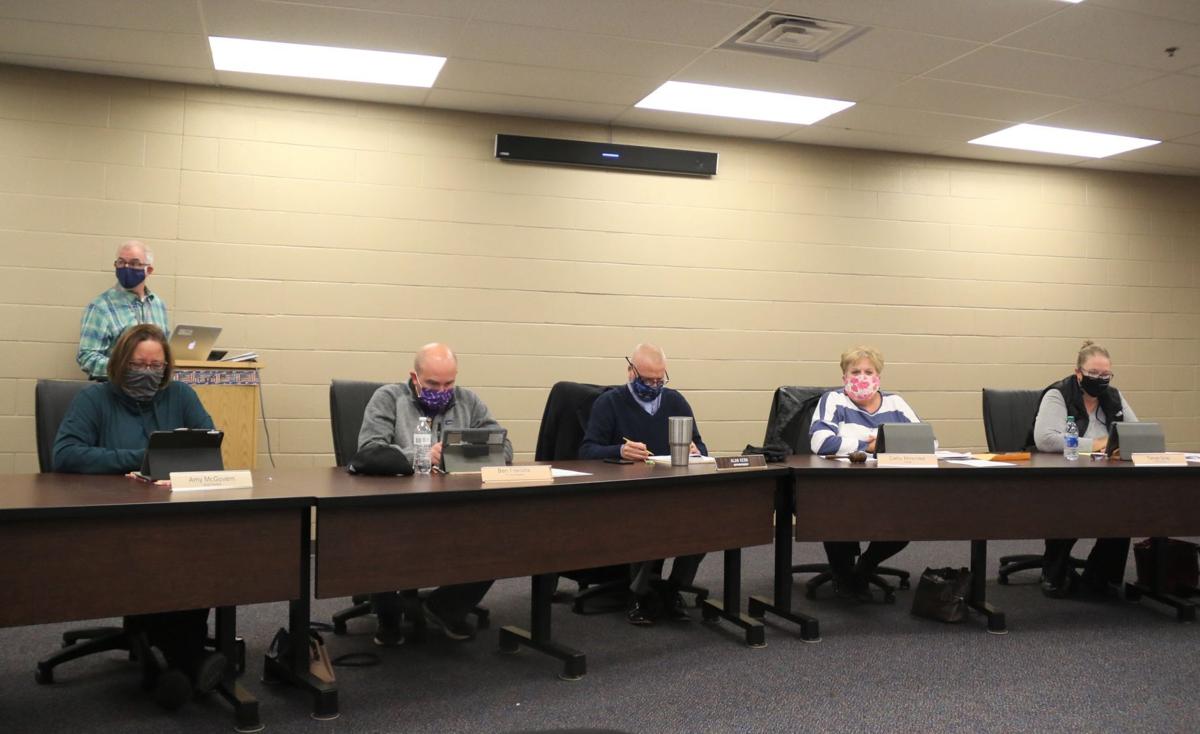 Members of the Douglas School Board look at the agenda and packet during the board meeting Monday.

Douglas School Board approved three resolutions during its Monday meeting related to a settlement with former district employee Patrick Ealy.

Ealy filed a lawsuit against the district in February 2019 after being terminated from the technology database support position in December 2018. According to previous Journal reports, Ealy claimed he was terminated because he “made known to the school board violations of federal and state law” related to students being able to access pornographic and obscene content on the internet.

According to an amended complaint filed March 29, 2019, Ealy filed nine complaints against the district instead of 11, Douglas Superintendent Alan Kerr said.

The nine counts included wrongful termination, promissory estoppel, breach of contract, retaliation, defamation and libel, intentional infliction of emotional distress, breach of covenant of good faith and fair dealing, negligence, and Family Medical Leave Act violation. The counts of breach of fiduciary duty and fraud and misrepresentation were dropped from the original lawsuit.

During the Monday meeting, the board approved resolutions that authorized the settlement and retroactively changed Ealy’s termination status to a resignation. Board President Cathy Melendez said it was in accordance with the settlement.

Ealy’s lawyer, John Fitzgerald of Fitzgerald Law Firm, said Tuesday that the district and Ealy signed a non-disclosure agreement prohibiting either party from discussing the settlement.

The district said in a press release Tuesday that it “specifically denies any wrongdoing, and all parties have agreed that the settlement is only to avoid the cost of litigation and that it is specifically not an admission of liability.”

The release also states Kerr, one of the defendants named in the lawsuit, said the district “contemplated the matter carefully before deciding the District and the community would be better served by resolving the matter by settlement rather than long and expensive litigation.”

The board also approved a resolution that allows Melendez to execute documents and take steps to switch the district to the state-provided internet filtering program from the iBoss Cloud Internet Filter.

No discussion was had at the Monday meeting and each resolution was approved unanimously.

Box Elder’s City Council voted to sever financial ties between the city and the Douglas School Library following the settlement.

“I thought about how scary it would be to have COVID-19, especially as a single parent and sole provider. My worst-case scenario was ending up…

South Dakota broke another record Saturday. One day after reporting 39 deaths, the Department of Health reported 54 COVID-19 deaths in the sta…

The Facebook account for the Pennington County Sheriff's Office has plunged to a 1.6-star rating after reviewers flooded the page with negativ…

The man who was fatally shot near Rapid City on Tuesday has been identified as 19-year-old Ocean Sun Eberlein of Rapid City.

The Rapid City Council will consider two ordinances and a resolution regarding a mask mandate at a special session meeting that begins at 5:30…

A Rapid City man has been charged with second-degree murder for allegedly fatally shooting a man at a mobile home on Highway 16, according to …

Douglas Superintendent Alan Kerr and Douglas School Board President Cathy Melendez listen to presenters during the Monday board meeting.

Members of the Douglas School Board look at the agenda and packet during the board meeting Monday.