Federal prosecutors and the former office manager for the Rapid City Rush filed a plea agreement Tuesday, where she admits to stealing $700,000 from the hockey team.

Under the agreement, Jennifer Durham, 42, is charged with two counts of wire fraud and one count of tax evasion. If a federal judge accepts the plea, Durham could face up to 45 years in prison and pay $700,000 back to the Rush and $186,000 to the Internal Revenue Service. She could also be fined $250,000 for each of the three counts. 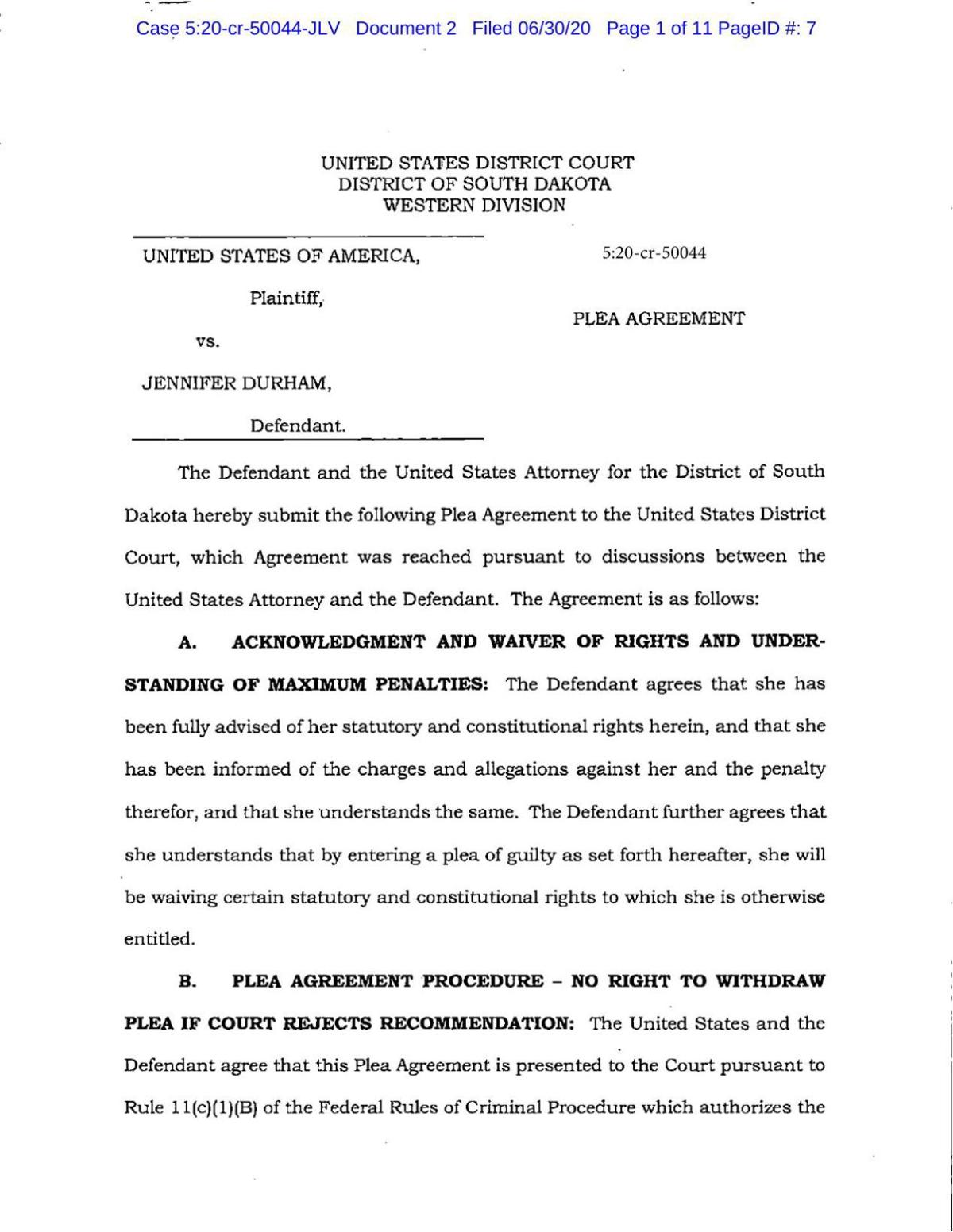 According to court documents, Durham was the office manager for the Rush from 2008 until June 2019. In the plea agreement, Durham admitted to stealing the money to pay for personal expenses.

Court documents say Durham also paid herself over $87,000 under the guise of mileage reimbursements and sales commissions. 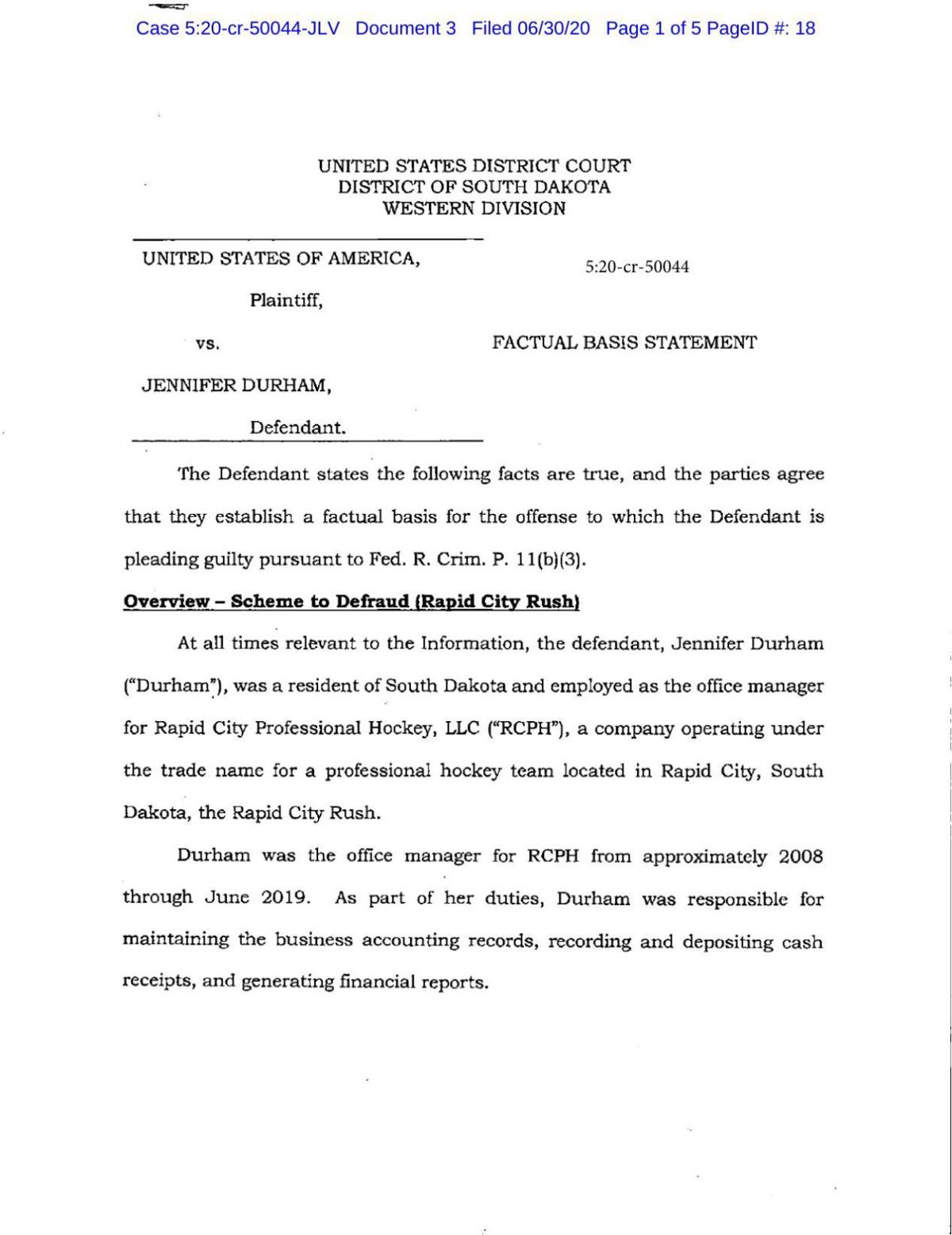 Durham admitted to taking $214,971 in cash receipts from the Rush to use for personal expenses and made $7,712 in unauthorized payments for her family's cell phone bill, the court documents show.

Because of the embezzlement, Durham admits to under-reporting her income to the IRS, leaving a $186,277 tax loss to the federal government.

The investigation began in October 2019 when new team owners, Spire Hockey, discovered "inconsistencies and irregularities with regard to some bookkeeping handled by a single former employee,” Rush President Todd Mackin told the Journal at the time.

Durham's next court date has not been announced.

Engines rumbled and classic rock songs intertwined with each other Monday along Main Street in downtown Sturgis.