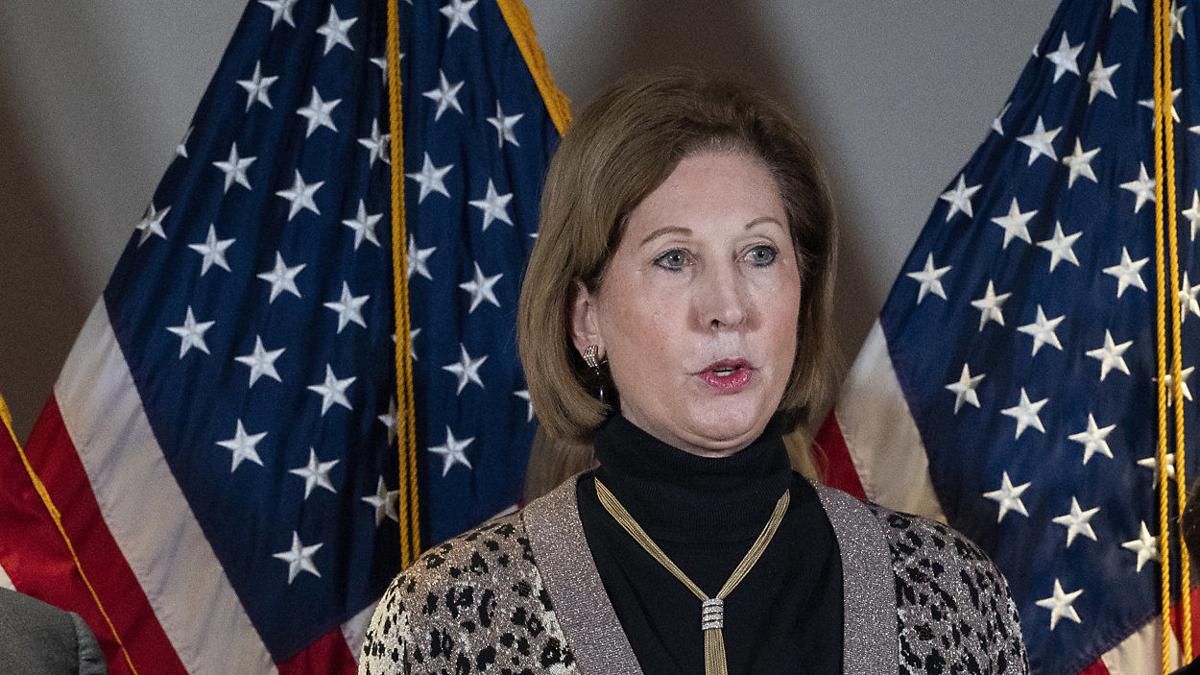 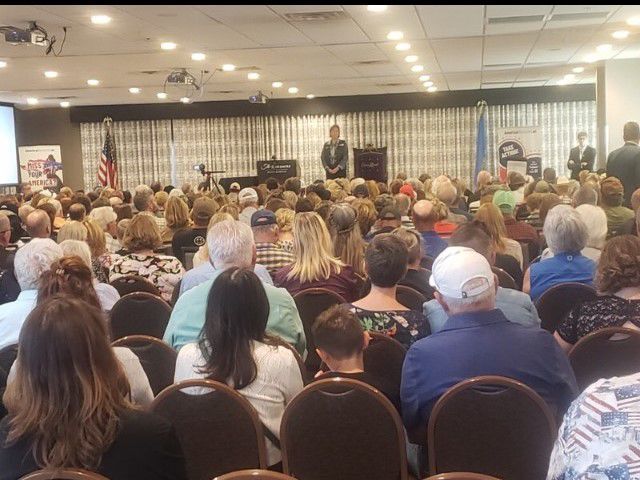 Sidney Powell speaks to the crowd at the Rushmore Hotel on Thursday night. 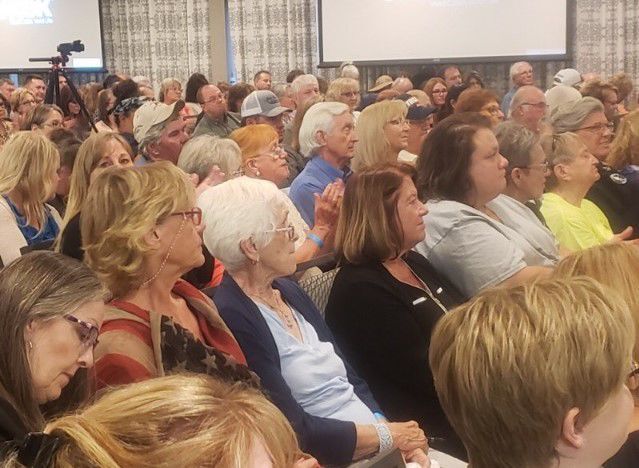 Sidney Powell, a former lawyer for President Trump, spoke Thursday night at an event held by South Dakota Citizens for Liberty at the Rushmore Hotel in Rapid City. The Journal planned to cover the event but was turned away at the door.

Attendees hoped she would speak about the progress with some of the lawsuits as well as reinstating Trump as president. In addition to the speaking event, Powell will be the Grand Marshal of the first annual “Old Glory Patriot Ride, Rally & BBQ” on Sunday. Vehicles will start the ride at 10:30 a.m. at Three Forks, and the destination will be First Gold Hotel and Casino in Deadwood.

Citizens for Liberty board member Jodie Frye said the organization was proud to host Powell.

"We had a sold-out event of attendees from coast to coast. Sidney covered many topics of great interest and she took direct questions from the audience," Frye said Friday.

“The only response I got to that was OK, thanks, and so we thought everything was fine, that we were set to cover it, and then when we showed up to cover the event, the organizers of the event told us we weren’t welcome there as media,” Bush said. “I don’t know how else to categorize it, but we were forbidden, banned from covering the event.”

The event was something Journal readers would be interested in reading about, Bush said, since Powell is a national figure. Powell’s public relations manager told a Journal reporter and photographer they would not be allowed to cover the event unless they submitted the article for approval before publication. She also asked the journalists their opinion of Powell.

“We don’t do that with news stories. I mean, that’s not just a violation of policy, it’s a violation of ethics. We’re not a public relations firm, we’re a news organization. We cover the story,” Bush said.

The Journal covers events using the same guiding principles no matter who the speaker is or what the event is about, Bush said.

“We tried to cover it like we cover every event in this area, whether it’s [Governor] Kristi Noem, a Rotary Club meeting, a city council meeting or a school board meeting. We go to report on the event that is happening,” he said. “It was a paid, private event, they had a right to send us away and they chose to do that. We were invited, had no plans for any type of ‘gotcha’ journalism or anything like that. We were covering them at the invitation of the organizers.”

Powell has made headlines in recent months for her lawsuits to overturn the 2020 presidential election results and now faces litigation and disbarment for those actions. She reportedly has been in western South Dakota for much of the summer working on her next book.

Sidney Powell speaks to the crowd at the Rushmore Hotel on Thursday night.