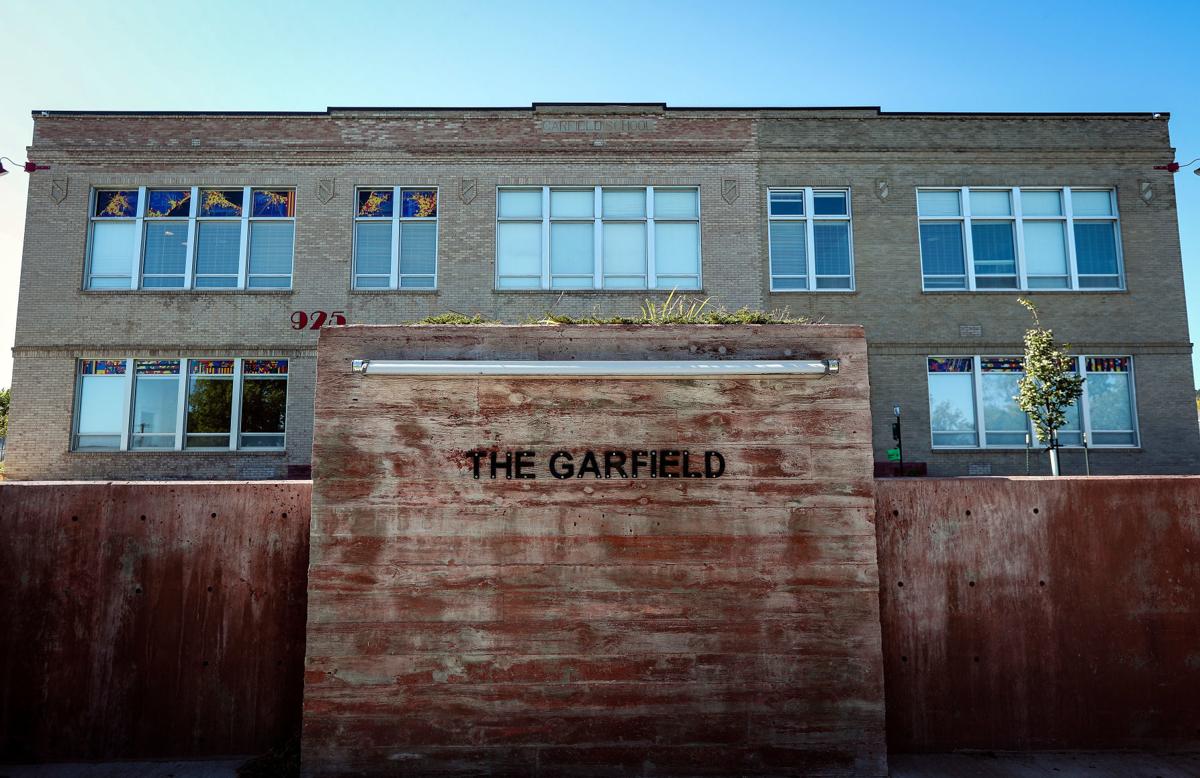 The Black Hills Area Habitat for Humanity will celebrate the completion of the Garfield Green housing project on Saturday. 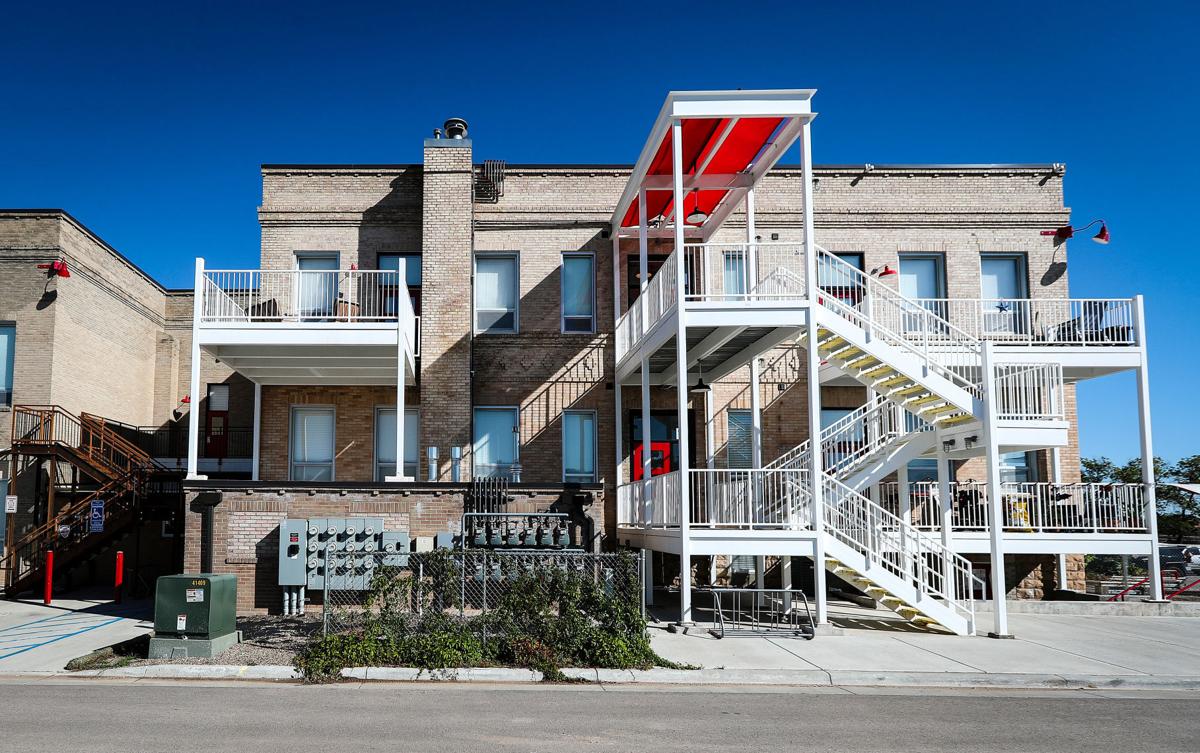 The Garfield Green project converted an elementary school into a housing project that includes apartments and houses. 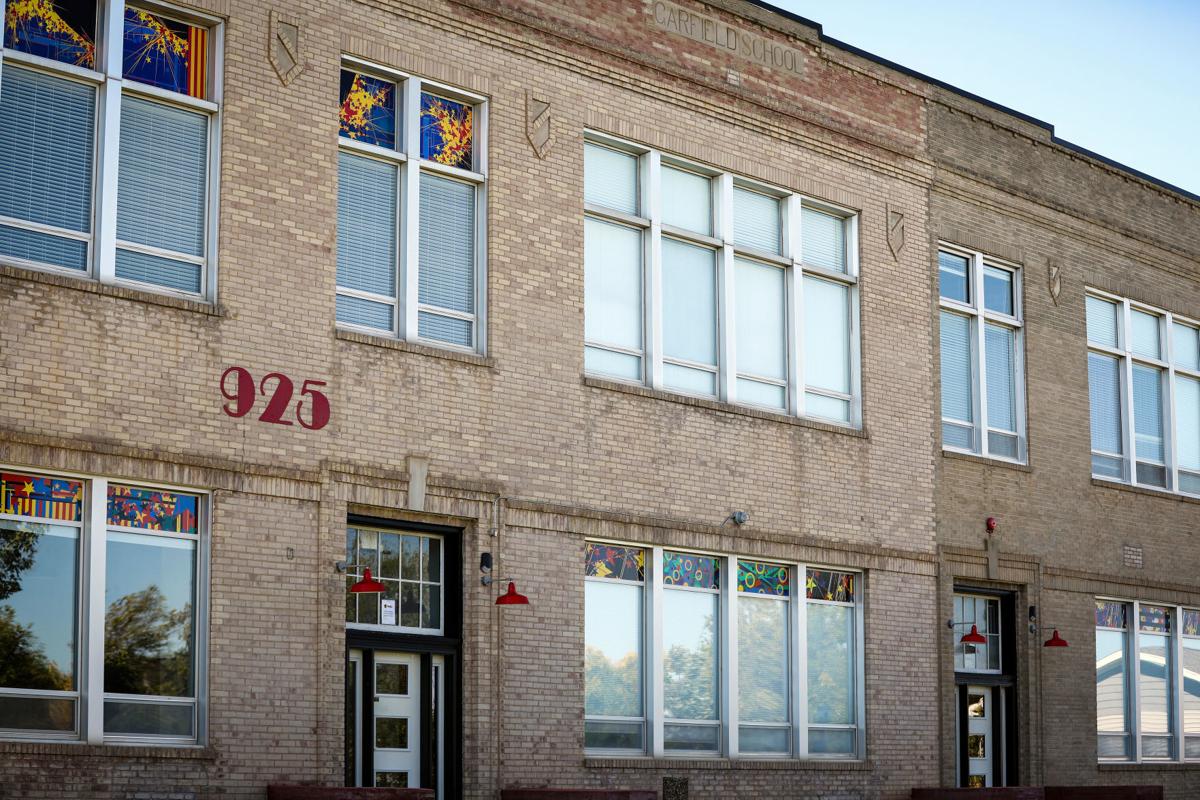 The Garfield Green project is located on Dilger Street in Rapid City. 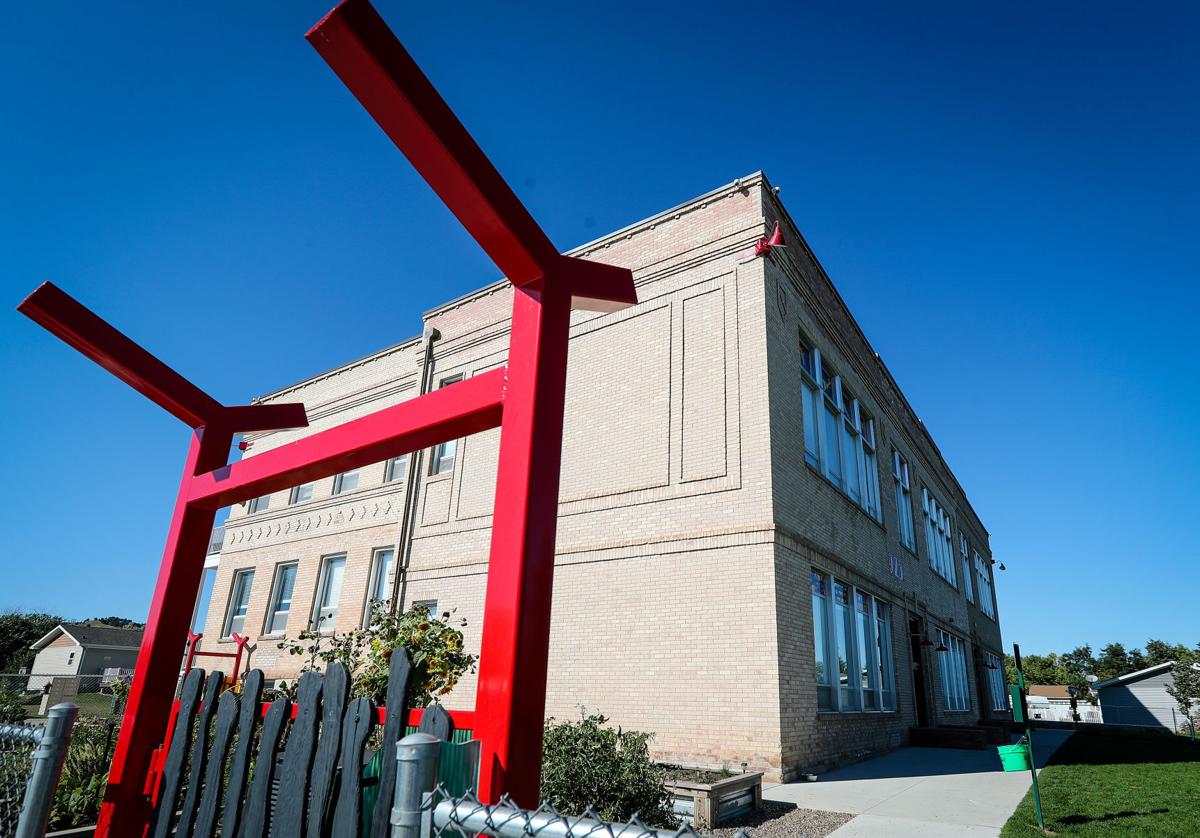 The Garfield in Rapid City on Thursday.

Garfield Gathering will be a great big block party to mark a first-of-its-kind transformation in Rapid City. An aging school, a parking lot and stagnant property are now a 20-residence thriving community.

On Saturday, Black Hills Area Habitat for Humanity will celebrate the completion of Garfield Green, a project that renovated a city block on Dilger Avenue that housed the former Garfield Elementary School.

The project encompassed changing the former school into apartments and building eight Habitat homes on property surrounding it. Garfield Gathering begins at 11 a.m. with a short program, followed by a community barbecue and games for children from 11:30 a.m. to 1 p.m. at St. Therese of the Little Flower parish, 532 Adams St.

“We’re going to concentrate on recognizing volunteers, funders, builders, the city, the residents living in the homes and beyond that, the group of people that have helped us in so many different ways behind the scenes,” said Scott Engmann, executive director of Black Hills Area Habitat for Humanity.

“It’s the first time we’ve done a project of this scale that involves preserving, repurposing and building new. Having those three things going on makes this a particularly complex development,” Engmann said. “This piece of ground was so special we just felt like it was an opportunity we couldn’t pass up. We’re preserving history while tackling the need for affordable housing.”

Roughly five years in the making, Garfield Green began when Black Hills Area Habitat for Humanity purchased the entire city block and developed a plan to subdivide it. Finding a partner to transform the now 109-year-old school was a priority, Engmann said. Garfield Elementary School was built in 1910 and was closed after the 2000-2001 school year.

“It had a lot of history in the neighborhood. We needed a partner who understood how to maintain the beauty there, but knew how to modernize it and make it ADA compliant,” Engmann said. “You just don’t find old schools in city cores that you can buy reasonably.”

Bill Barber, vice president and project manager at Glenn Barber & Associates, purchased the school and parking lot. Habitat used funds from the sale of the school to invest in building new homes around it.

“Structurally, it was pretty solid. We demolished it (inside) down to its raw structure on all levels. We removed the common stairways and hallways and reconstructed it to be 12 living units,” said Barber of the $2 million renovation that turned the school into The Garfield apartment building.

The apartments range in size from 850 to 2,900 square feet, and some are large loft units. Every apartment is already full; the pet-friendly building has attracted a mix of single adults, professionals, military families, retirees and college students, Barber said. The apartments incorporate a variety of salvaged and repurposed materials from the school, such as interior doors, old cabinets, parts of the ceiling, and chalkboards. Flooring was used to build mobile kitchen islands.

“Most of them have pets. There’s a (dog-friendly) front yard that’s really drawn people together. They’ve gotten to know each other through their dogs,” he said. “We’re doing some landscaping so it’s a place for people to hang out with their animals and have fun.”

Tenants also enjoy raising food and flowers in the 10 raised-bed gardens on site, Barber said. “That’s fun to see. That’s another thing that’s drawn people together and (created) a sense of community,” he said. “The people seem to enjoy living there.”

The former boiler room is now secure indoor storage space for bicycles, a bonus for tenants who use the nearby bike and hiking trails. Founders Park, downtown Rapid City and Main Street Square are within easy walking or bicycling distance.

“I’m really pleased the whole neighborhood is complete and occupied. It’s a big accomplishment for us, and it’s a culmination of a lot of effort … in a neighborhood sitting dormant,” Barber said. “This was our first renovation project we owned and funded, and it’s the first project we’ve completely restored into housing. That’s what drew us to it and made it an exciting project.”

The eight Habitat houses surrounding The Garfield are occupied, too. The final Habitat home in the Garfield Green development was dedicated Aug. 30.

Habitat got neighbors, police, city government, NeighborWorks, St. Therese of the Little Flower and other local churches involved to create a community the surrounding neighborhood would like.

“The residents have really come together and been involved in the design and input,” Engmann said. “They feel like they know the police better, they know their neighbors better. It’s this whole community, which is very encouraging in today’s world.”

Funding for the houses came in part from philanthropy, and donations such as decking materials from Trex Decking, Engmann said. The housing was designed to be a mix of affordable houses — costing residents no more than 28% of their monthly income — and apartments that rent at a rate competitive for the market. Such a mix contributes to making the neighborhood thrive.

Engmann said Habitat is proud of the fact that Garfield Green is projected to generate about $250,000 in new property tax revenue over the next 10 years. The homes have attracted a mix of millenials and families to a neighborhood that hadn’t had new residents in about 30 years, Engmann said.

Access to affordable housing is changing the course of families’ economic lives, Engmann said. By paying manageable mortgages, families can stretch their budgets better to cover expenses such as medical bills, car payments, and even children’s sports and activities.

As Garfield Green has changed the neighborhood, Engmann hopes it also changes the public’s perception about Habitat for Humanity housing.

“People hear about Habitat and talk about ‘not in my backyard.’ What we like to remind the community is Habitat families are us. We’re building homes for police officers and teachers. They cannot afford the market rate housing that’s out there. It’s helpful to see how nice you can do homes in a community and still make them affordable,” he said.

There were 112 new positive tests for coronavirus in South Dakota Saturday.

The Black Hills Area Habitat for Humanity will celebrate the completion of the Garfield Green housing project on Saturday.

The Garfield Green project converted an elementary school into a housing project that includes apartments and houses.

The Garfield Green project is located on Dilger Street in Rapid City.

The Garfield in Rapid City on Thursday.