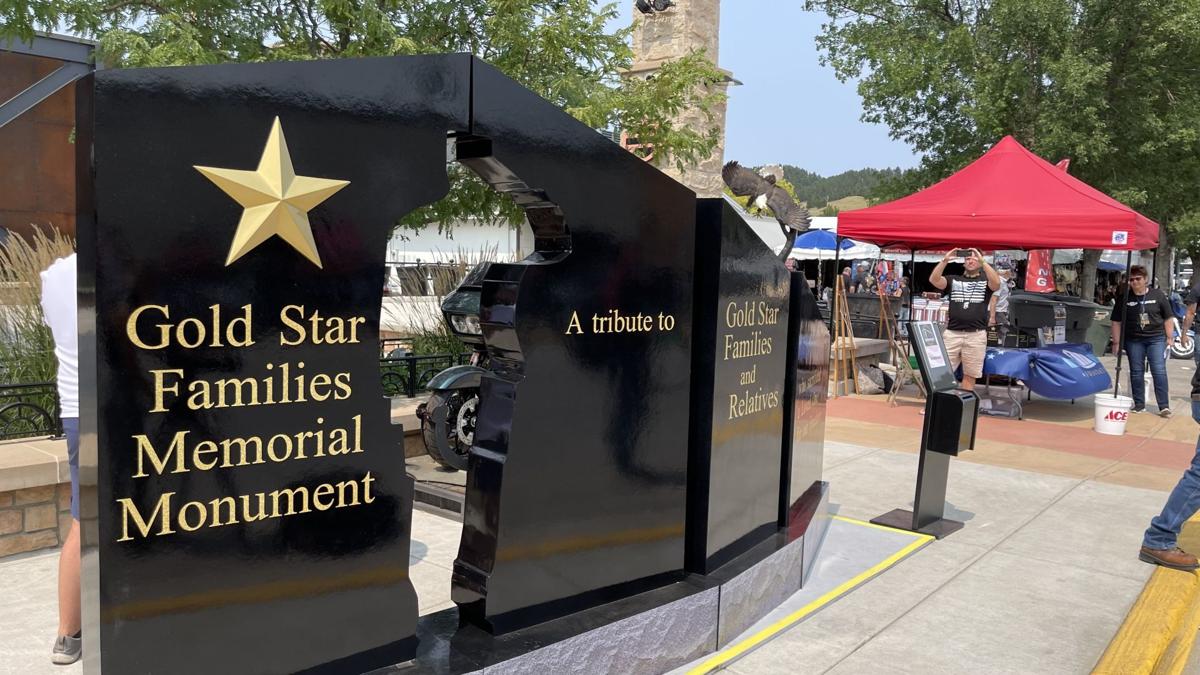 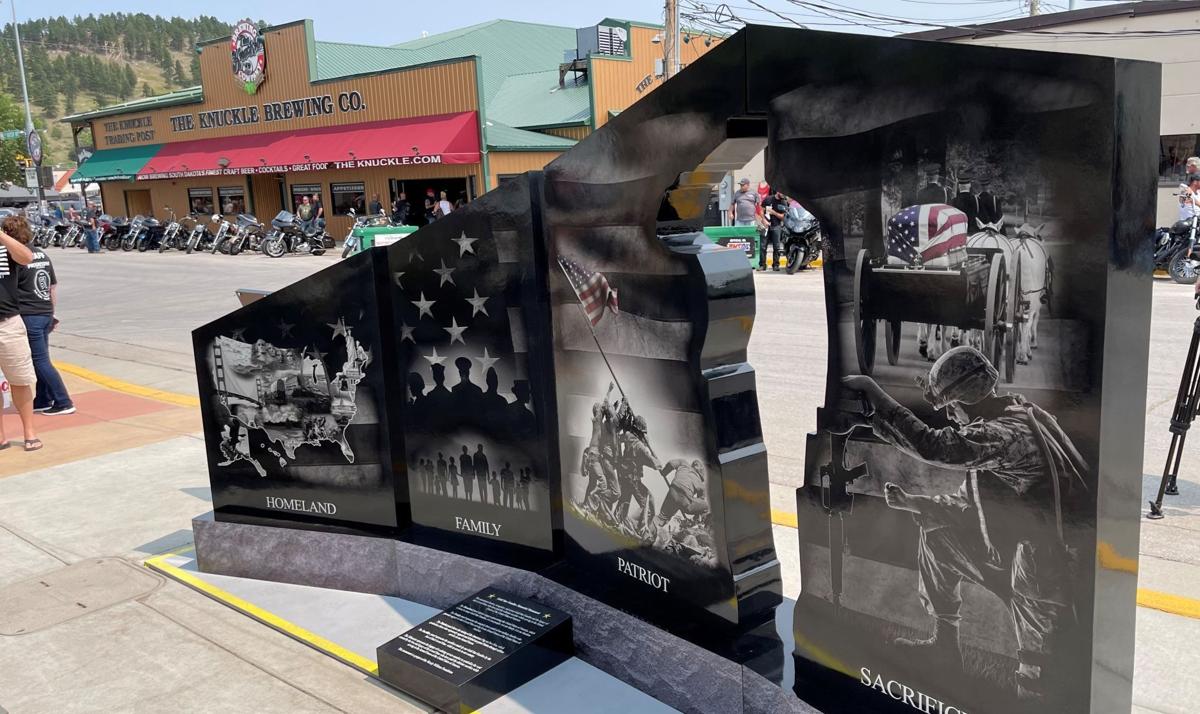 A permanent monument is expected to be built and unveiled during the 2022 Sturgis Motorcycle Rally.

STURGIS | Downtown Sturgis will soon be home to a monument honoring family members who have dealt with the ultimate sacrifice of losing a loved one in the line of military service.

The Sturgis City Council gave the approval in October for a monument to be constructed at Main Street and Harley-Davidson Way to honor Gold Star Families, a national group of families and relatives who have someone in their family who died while in active service to the military.

The monument is a program of the Hershel "Woody" Williams Medal of Honor Foundation, which has placed 86 monuments and has another 76 in progress across the United States.

Alex Nauert, director of programs for the Foundation, said Monday the Sturgis monument should be installed during the 2022 Sturgis Motorcycle Rally.

"We're just really thankful that we're here in Sturgis this year. We have a great relationship with the city and we're extremely honored to be able to have the opportunity to be able to bring a Gold Star Families Memorial Monument here to Sturgis to honor those families who have sacrificed a loved one for our freedom," Nauert said.

The Sturgis monument would be the first in South Dakota and will cost approximately $100,000 to construct, Nauert said. No funds from the city government will be used to construct the project, but a fundraising committee has been formed to raise the money necessary to build the monument.

Donations are also being accepted at the traveling monument site at the rally.

"That money's going to go towards helping to raise the funds and keep the project moving forward to be able to bring it to Sturgis," Nauert said.

The monument will be placed in the flower bed area along Main Street just in front of Harley-Davidson Plaza. Once the monument is installed, the future maintenance costs would be the responsibility of the city, Rally Director Jerry Cole said in October.

Nauert said the monument will be black granite will feature two sides. One side bears the words "Gold Star Families Memorial Monument, a Tribute to Gold Star Families and Relatives who sacrificed a Loved One for our Freedom."

The other side of the monument tells a story through four granite panels titled "Homeland, Family, Patriot and Sacrifice." Although the monument will not name individuals, it will be a representation of all Gold Star Families and their loved ones, Nauert said.

At the center of the tribute will be a silhouette of a soldier.

The Hershel "Woody" Williams Medal of Honor Foundation is a charitable nonprofit organization based in Louisville, Kentucky. According to its website, the foundation pursues the vision of Medal of Honor recipient Hershel "Woody" Williams to establish the monuments throughout the country, sponsor Gold Star Family outreach programs, provide Living Legacy scholarships to eligible Gold Star children, and advocate for educational benefits for all Gold Star Family members.

A permanent monument is expected to be built and unveiled during the 2022 Sturgis Motorcycle Rally.