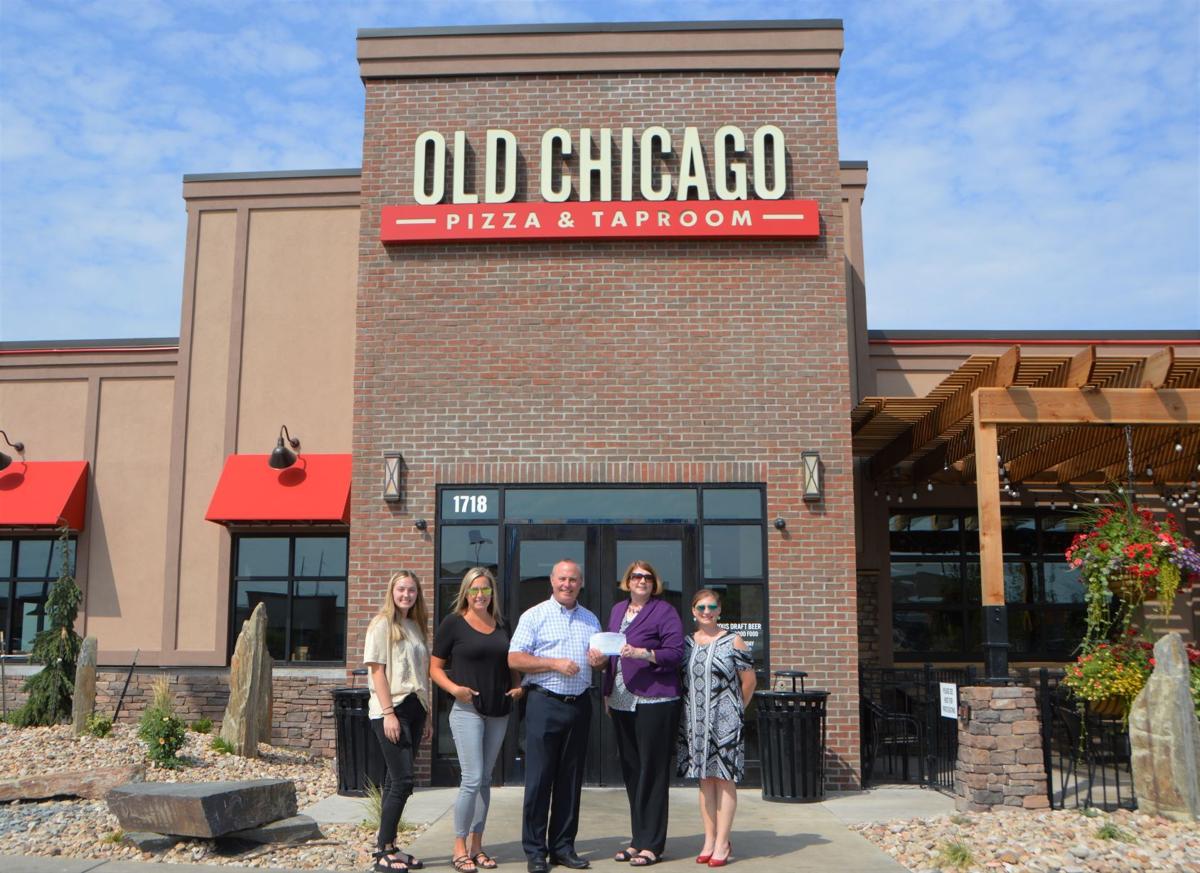 Staff members from Black Hills Works stand with Johnson Restaurant Group VP of Operations Mike Malmberg as he presents a check for more than $11,000 to the nonprofit on Thursday afternoon. 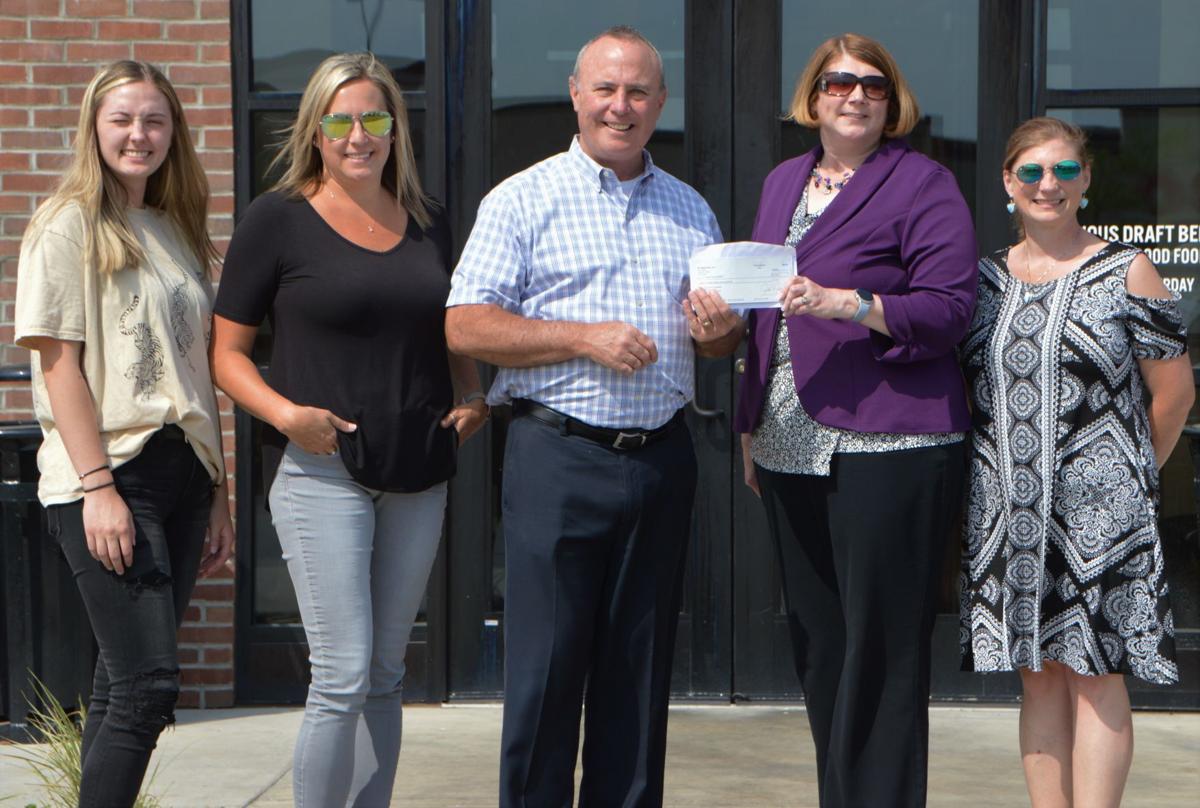 When restaurant chain Old Chicago opened a location in Rapid City, they knew they wanted to form a partnership with a local charity to raise money.

Vice President of Operations for Johnson Restaurant Group Mike Malmberg said every Old Chicago adopts a charity to raise money for during its grand opening. He began asking around town about groups the restaurant might like to support and several local residents told him about Black Hills Works. Black Hills Works is a local nonprofit supporting developmentally disabled people in the area.

“I went back to my hotel and Googled them and thought, ‘Oh, that’s a really neat cause,’” Malmberg said. “That struck a chord with me, that these adults with handicaps need places to live and jobs to have and it really resonated with me.”

During the restaurant’s mock services — the three days prior to the grand opening where servers practice on customers — all the proceeds from beverage sales were donated to Black Hills Works. In lieu of a tip, customers could leave additional donations in an envelope at their table. Employees from BHW set up a table inside to talk to customers about the foundation and the work it’s doing in the community. And during the first four weeks following its opening, $1 from every Chicago 7 pizza sold was also donated to BHW.

After donations were collected, the corporate account matched the amount. All in all, Old Chicago Rapid City raised $11,029.84 for Black Hills Works.

“We wanted to make sure we would make a really big impact for these nice folks and for the people they represent and take care of,” Malmberg said.

Malmberg visited the Rapid City location Thursday to present the check to BHW staff, who said they were grateful for the new partnership.

“Black Hills Works has a very strong tie to the community, and I’m glad Mike recognizes that,” Foundation President Andrea Serna said. “We thought it was a fabulous opportunity to partner with a new restaurant in town. They selected us because of our unique mission, and we wanted to honor that as well.”

BHW will use the money to help fund its community involvement. Serna said one of the organization’s biggest focus areas is community life, which encompasses anything from the Special Olympics, going to Rapid City Rush games or other out and about activities, volunteering and giving back to the community and transporting people to Summer Nights downtown on Thursday nights.

BHW also plans to connect Old Chicago with its employment support specialists to get people with disabilities employed at the restaurant.

Old Chicago’s donation will not be a one-time occurrence. Serna said the partnership will be a true partnership, “not just a transaction.”

“I feel like it’s a lot more impactful to select one group and do all the donations to that group rather than spread pennies around everywhere and nobody really gets very much help, so we’re going to continue the partnership. When we have fundraisers they will be with these guys. And if they do anything and need some help and assistance, they can ask us, our employees, managers and, if I’m in town, will all be happy to volunteer. Those are all things we want to continue,” Malmberg said.

Staff members from Black Hills Works stand with Johnson Restaurant Group VP of Operations Mike Malmberg as he presents a check for more than $11,000 to the nonprofit on Thursday afternoon.