Gov. Dennis Daugaard said the state will not fight the renaming of Harney Peak to Black Elk Peak, and will accept a decision from a federal board that formally changed the name of South Dakota's highest mountain.

In an exclusive interview with the Rapid City Journal, the governor said Thursday he will accept the federal renaming decision, even though South Dakota was under no legal pressure to accept the new name.

With his declaration, Daugaard removed a final obstacle to full implementation of the controversial name change.

“I don’t want the state to have one name and the feds another,” Daugaard said, “so we will make the change.”

His comments end a week of speculation about whether state government will honor the Aug. 11 decision by the U.S. Board on Geographic Names to rename the 7,242-foot mountain, which is South Dakota's tallest and is often called the nation's highest point east of the Rockies.

The board said it made the change, which went against the recommendation of a South Dakota naming panel, because Harney Peak could be seen as insensitive to Native Americans.

William S. Harney, the peak’s former namesake, was an Army officer in the 1800s who was known as an “Indian fighter.” Nicholas Black Elk, the peak’s new namesake, was a Lakota Sioux holy man who was confined to reservation life around the turn of the 20th century.

Daugaard said he spent part of the past week conferring with members of the state congressional delegation about whether the federal board’s decision could be overturned.

While that is possible — congressional legislation could be sought to strike down the decision — Daugaard said neither he nor the state’s members of Congress are willing to prioritize that task over other work.

Daugaard said he will speak with his cabinet secretaries about how to implement the change on signs, maps, websites, tourism literature and any other state-produced references. That work is already under way within the federal government, which manages the peak as part of the Black Elk Wilderness area in the Black Hills National Forest.

Last year, the South Dakota Board on Geographic Names recommended no change to the mountain’s name. The recommendation went unheeded at the federal level, and Daugaard said he remains concerned about the “unilateral” power wielded by the federal board.

U.S. Sen. John Thune, R-S.D., was also critical of the federal board and said this week in a Journal interview that he may recommend changes to reduce the board’s power. Those changes, if they happen, will be too late to influence the Harney Peak renaming.

That was welcome news for Lakota elder Basil Brave Heart, of Pine Ridge, who proposed the name change in a September 2014 letter.

Brave Heart considers Harney's name to be offensive because Harney led deadly campaigns against Native Americans, and because the peak named for him is within the Black Hills, an area of spiritual significance to some tribes.

Modern Native American animosity toward Harney is focused mostly on the Battle of Ash Hollow in 1855 in present-day Nebraska, where he led troops who attacked and killed an estimated 86 Sioux people, including women and children. The attack was launched in retaliation for the so-called Grattan Fight of the previous year, when Sioux warriors killed 29 soldiers.

Black Elk is known worldwide as the subject of the book "Black Elk Speaks," author John Neihardt's 1932 account of stories and spiritual visions related to him by Black Elk. More than 900,000 copies of the book have been sold since its first printing, according to the University of Nebraska Press.

Brave Heart was not immediately available Thursday afternoon by phone, but he spoke to the Journal earlier in the week and said he and many other Native Americans hoped Daugaard would honor the federal board’s decision.

“We don’t want to be defined by a government that named a sacred Black Hills mountain after someone who committed an atrocity,” Brave Heart said. “This could really lift some negative energy off our backs.”

Daugaard did not attach the same degree of significance to the name change. In fact, he said, he thought the matter had concluded with the state board’s recommendation. He was not aware it was under consideration by the federal board until a staffer informed him of the federal board’s decision on the day it happened, Aug. 11.

“I have things that I think are more important to the state than what we name a place,” he said.

When asked if he thinks the name change is symbolically important for Native Americans, Daugaard said, “only if they’re knowledgeable about history.”

The governor sidestepped a question about his personal preference of name for the mountain, but he allowed that "Black Elk Peak" is an acceptable choice.

"If the name had to be changed, I like 'Black Elk' just fine," he said. 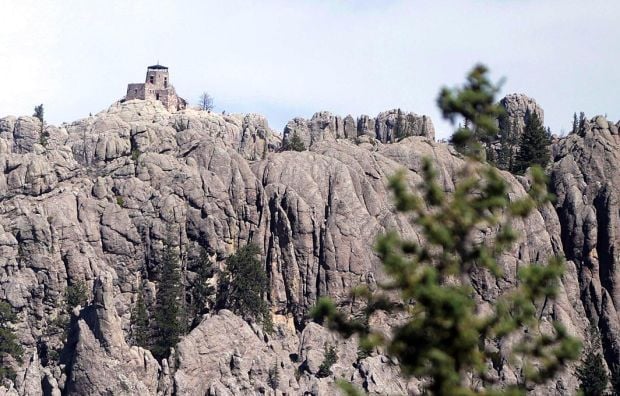 Gov. Dennis Daugaard said Thursday he will not fight the decision by the U.S. Board of Geographic Names to rename Harney Peak, pictured here, to Black Elk Peak. 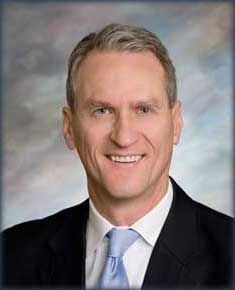