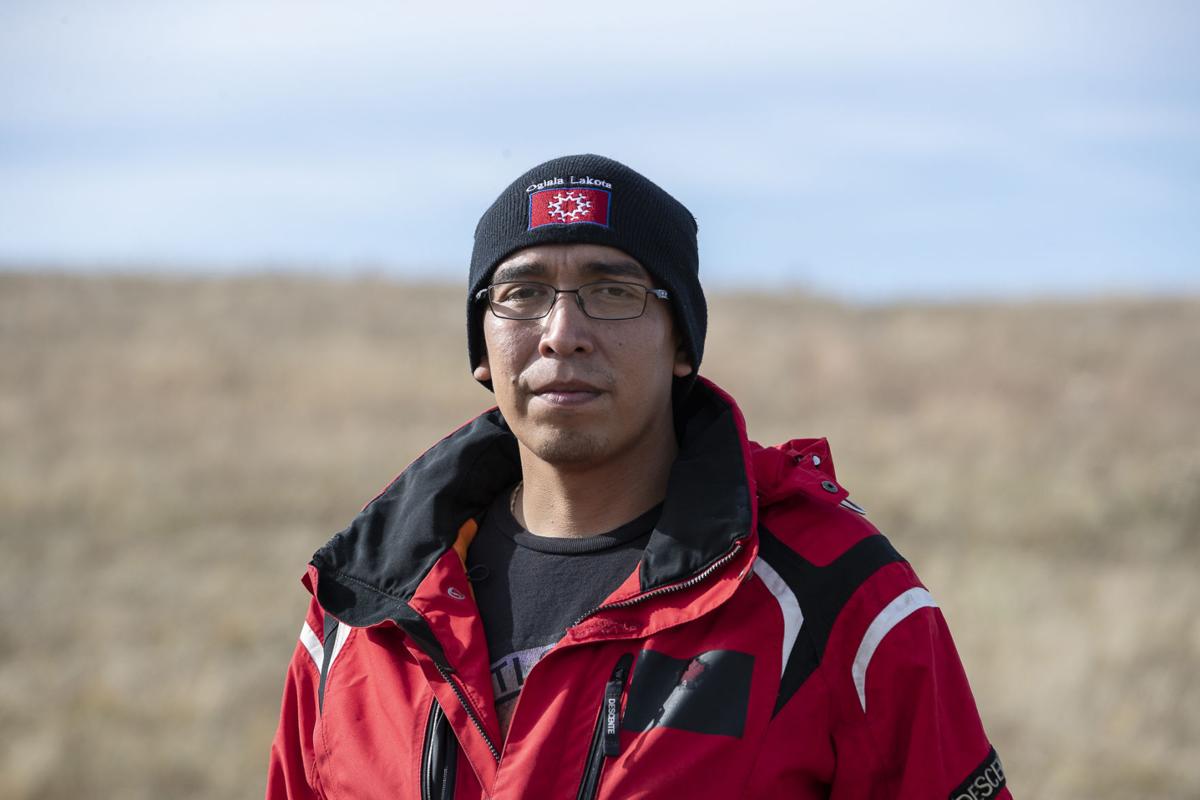 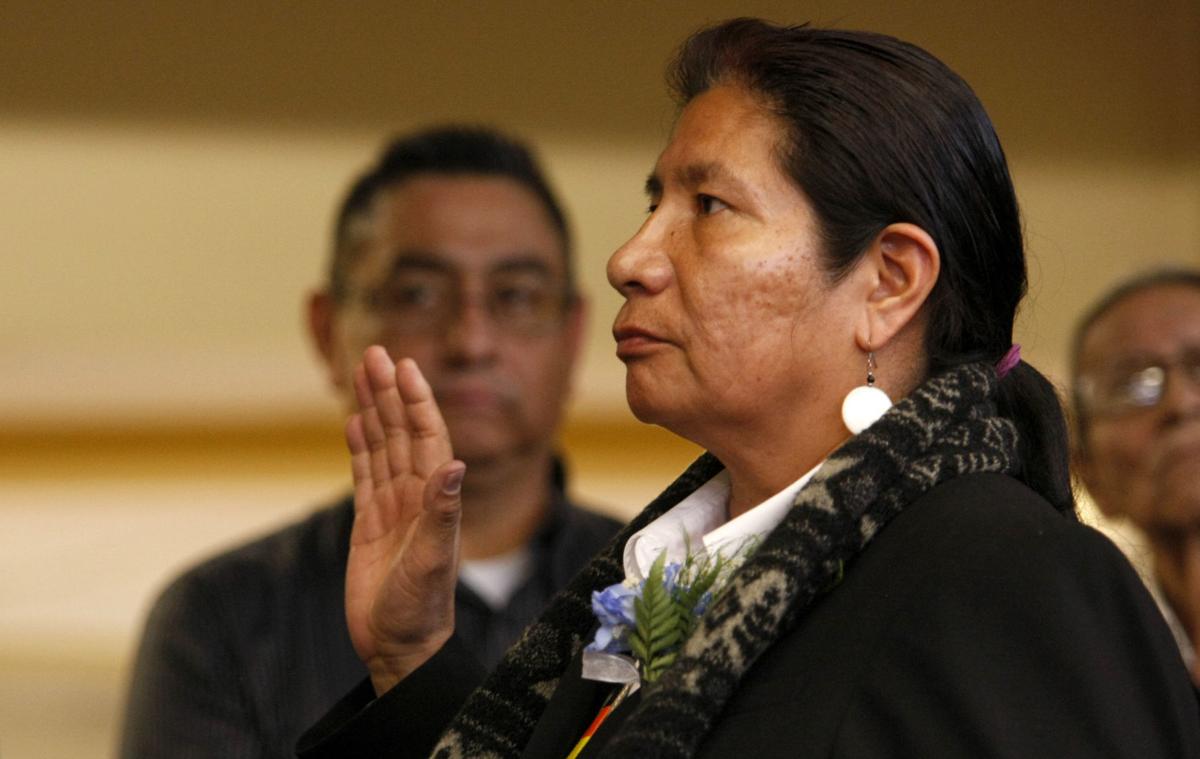 Darla Black, seen here during her inauguration in 2016, was reelected as Vice President of the Oglala Sioux Tribe.

Julian Bear Runner was elected president of the Oglala Sioux Tribe, according to unofficial results released by the tribe's election commission on Tuesday evening.

At 33, Bear Runner is the second youngest person to hold the position. In 1970, Gerald One Feather was elected president when he was 32.

Scott Weston, the current OST president, did not run for a second term.

Bear Runner will serve with Darla Black, the incumbent vice president who was elected with 2,022 votes. She won against Thomas Poor Bear, who received 1,718 votes. Poor Bear was vice president under President John Yellow Bird Steele and was ousted by Black in 2016.

Bear Runner could not be reached for comment Wednesday. During his campaign, he stressed his knowledge and connections to the Pine Ridge Indian Reservation and the Oglala Sioux Tribe, and his plan to focus on tribal spirituality.

After attending Pine Ridge and Red Cloud high schools, he served three years in the 101st Airborne Division of the Army. He also worked as a corrections officer, dispatcher for the ambulance service and compliance technician at the tribal clinical lab and protested the Dakota Access Pipeline in Standing Rock.

Bear Runner's ideas for the reservation include creating a legal hemp and marijuana industry, making elected officials accessible to citizens, building eco-friendly homes and creating an agreement so the tribe receives revenue from Native events held on its historical treaty lands. He also wants to create armed checkpoints to generate revenue from overweight trucks, stop drugs and alcohol from being smuggled onto the reservation, and prevent domestic abusers from fleeing.

Officer on Jan 6th: 'This is how I'm going to die'

Officer on Jan 6th: 'This is how I'm going to die'

When members of the Oglala Sioux Tribe go to the polls on Nov. 6, they won't just be voting for candidates for U.S. House, governor and a plet…

Darla Black, seen here during her inauguration in 2016, was reelected as Vice President of the Oglala Sioux Tribe.