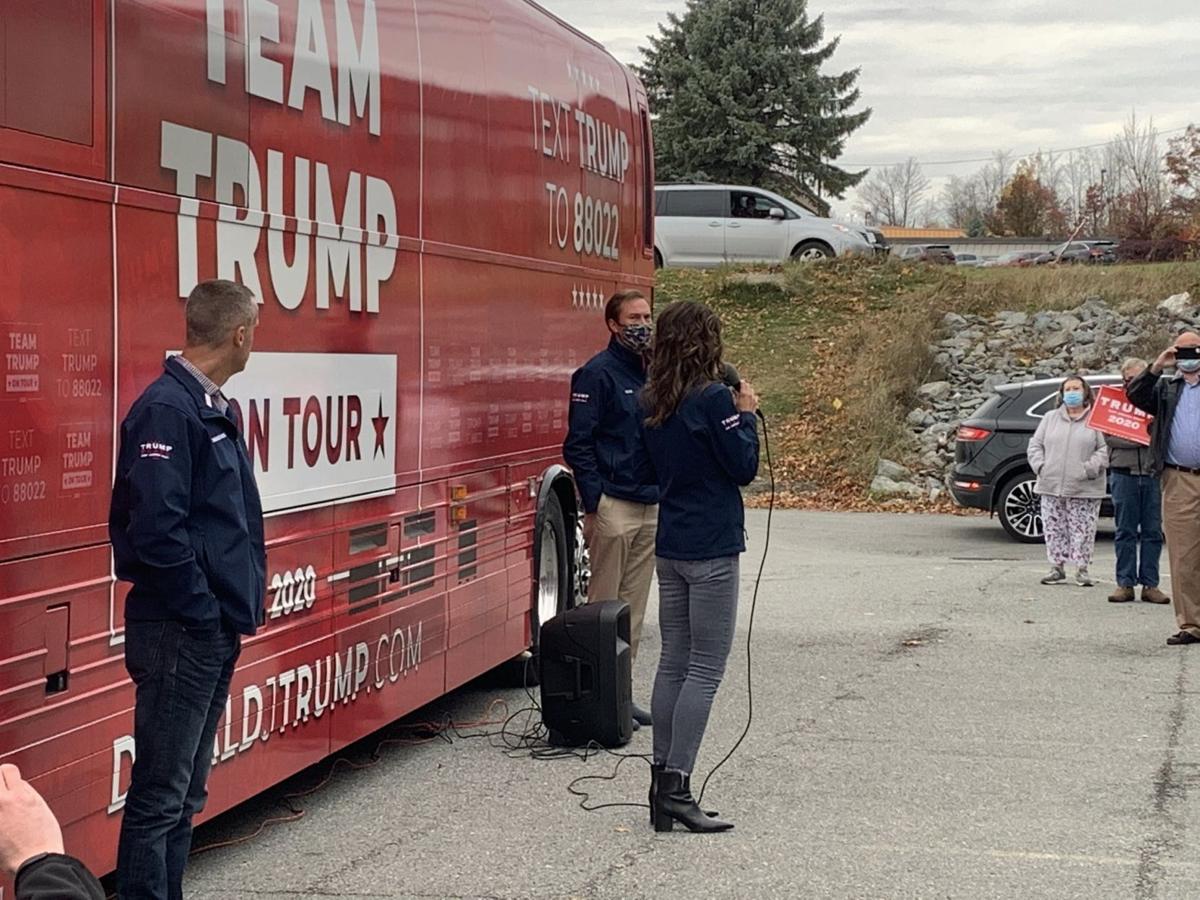 Legislators are looking to make public information the Rapid City Journal and other media have sought for more than four months — disclosure of security costs for public officials, including Gov. Kristi Noem.

The House Bill 1089 has been introduced by lawmakers from both parties, including Reps. Taffy Howard, Phil Jensen and Sen. David Johnson, all Republicans from Rapid City.

Howard said the bill would not only require that future costs be disclosed but be applied retroactively so the cost of Noem's security detail while campaigning for President Trump would become part of the public record.

Howard said many constituents asked her about Noem's travel. The Governor's Office, she said, told her that the Trump campaign covered the travel costs but would not disclose the cost of state-supplied security.

"This should be disclosed to every citizen," Howard said Tuesday. "We've asked several times and keep getting stonewalled. Taxpayers have a right to know. This governor wants to be the most transparent administration, and this bill is all about transparency."

Sen. Reynold Nesiba, a Sioux Falls Democrat, said Noem should have a security detail while traveling, but the public "should know how much it costs."

The Journal first sought this information in late October when it was revealed that two South Dakota Highway Patrol troopers accompanied Noem to campaign stops for President Donald Trump. The troopers had responded to a threat of a man brandishing two weapons at a stop in Maine.

At the time, two Noem staffers and the Highway Patrol would not disclose the costs of the troopers' travel and whether the state, the Noem campaign or the Trump campaign paid for the travel.

The Journal sent a public records request on Nov. 4 to Fury and Highway Patrol spokesman Tony Mangan requesting they share how much the state paid for Noem’s travel and security during out-of-state travel from July 1 to Nov. 3. The request asked for an itemized breakdown of each trip, including travel location, dates, purpose of the travel, and the cost of security and travel paid by the state.

On Nov. 13 a Noem staffer approved the Journal’s request for some information on behalf of Katie Hruska, deputy general counsel to Noem. However, Hruska would not disclose information that they argued could endanger Noem.

The email shared that Noem had one out-of-state trip for “official state business” to Washington, D.C., from July 21-23 for meetings related to the COVID-19 response. Her travel cost the state $1,101.16.

“The cost of that trip was paid by federal coronavirus relief funds received to the state, which include hotel, meals, and ground transportation for the governor,” Hruska wrote.

Hruska said she can't provide the cost of Noem's security detail, citing a law that says “public safety information that would create a substantial likelihood of endangering public safety or property, if disclosed" can't be shared.

HB 1089 asks that “nothing in the section may be construed to exempt or restrict the full disclosure of direct and indirect expenditures, by any public entity, for the provision or security to the Governor or to any other state or public officials, including costs of meals, lodging, travel and compensation.”

Noem’s campaign stops for President Trump, other Republicans or political events include the following:

Sen. Duhamel to revise bill that would make it a crime to point a laser at police officers

Gov. Kristi Noem’s office has requested a 30-day extension to respond to a public records request filed by the Rapid City Journal because “the…