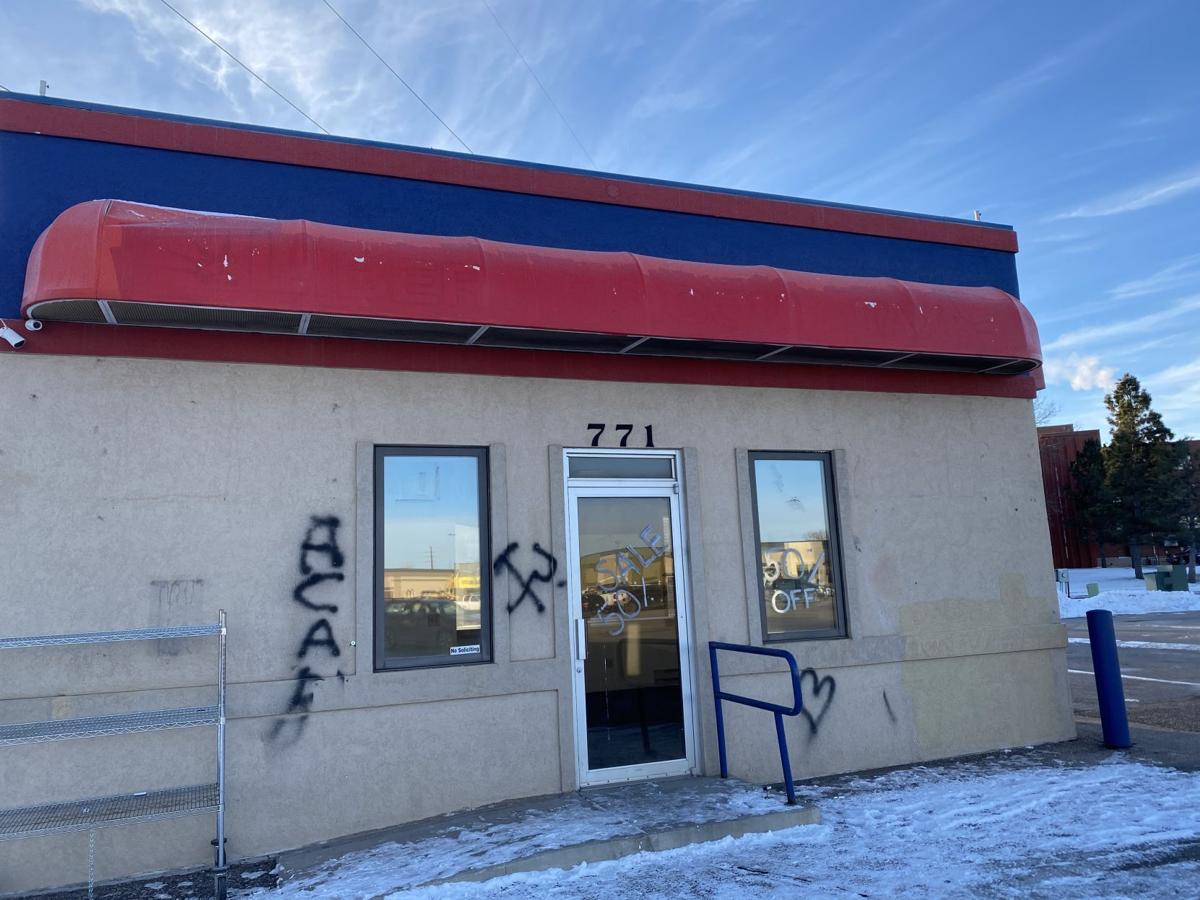 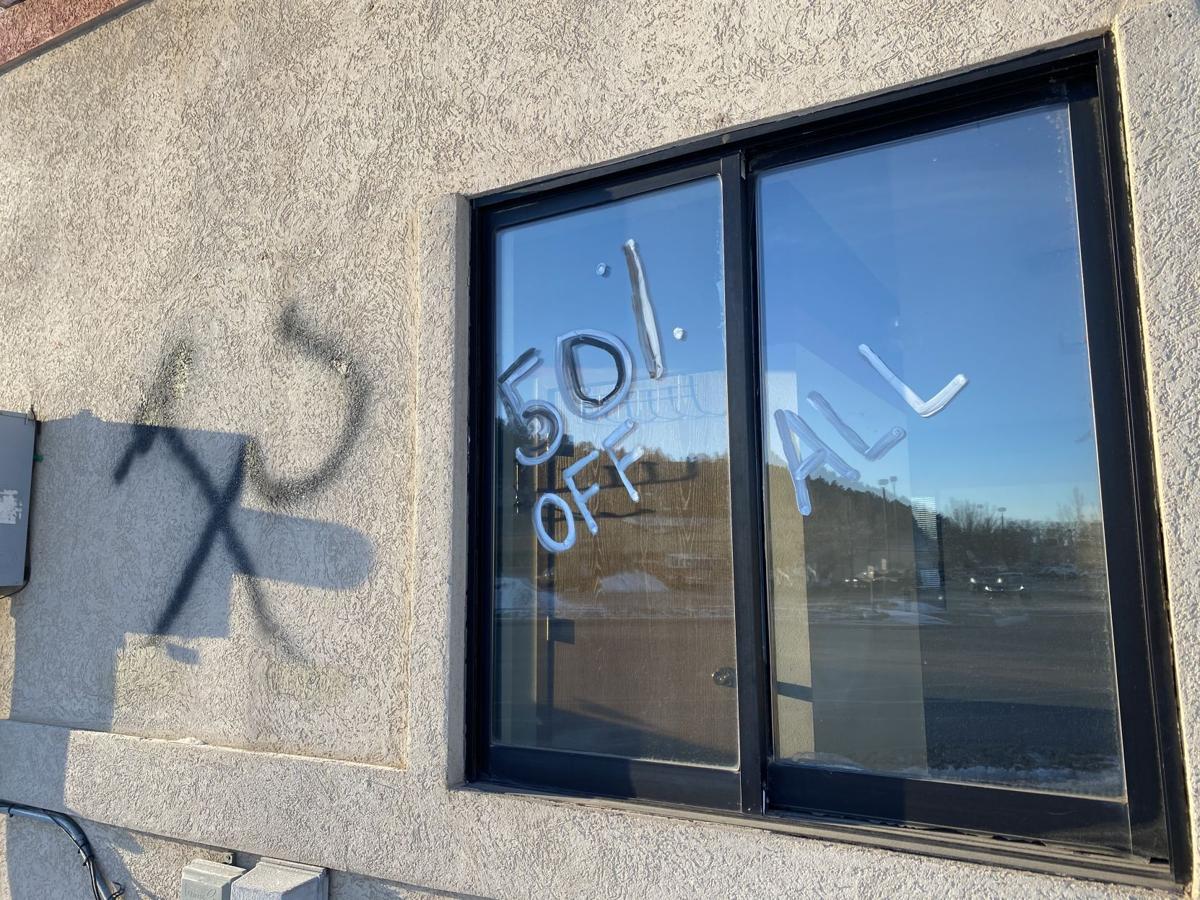 The Trump Shop is no more and someone has vandalized the empty store with a communist symbol and anti-police message.

The small store at the Baken Park Shopping Center was closed by Tuesday after opening alongside other temporary shops in July 2019 ahead of that year’s Sturgis Motorcycle Rally.

The store was empty Wednesday morning but the outside had some remnants of its past life. There are a few flags on the top of the building, surveillance cameras set up to ward off repeated vandalism, and 50% off signs from when the store briefly rebranded as the USA Shop after the election.

The building was also vandalized with a heart, anti-police graffiti and several hammer and sickles, a communist symbol depicted on the flag of the Soviet Union. The graffiti images appear very similar to the ones sprayed onto the Trump Store and its flags in August 2019.

The 2019 graffiti incident was just one of about two dozen incidents since the store opened, according to a June 2020 story by KEVN.

The store sold flags, hats, shirts and other merchandise in favor of Trump, gun rights, law enforcement, patriotism and the America First ideology. It also sold some products that used derogatory language and images towards undocumented people, women and others.

The Rapid City Trump Shop was owned by a Florida man who operated other stores across the country. They are not affiliated with the Trump campaign. Its website, trumpshop.com, was down as of Wednesday morning.

The store served as a gathering place for Trump supporters and people who counter-protested during this summer’s Black Lives Matter protests. Anti-Trump protesters in front of the shop on election night were met with people who support the president.

The general manager of MG Oil, owner of the shopping center, did not immediately return a message asking if anyone has signed a new lease with the shop and if not, what kind of business they hope will move into the space.

Commentators on social media have suggested the empty stand-alone store be turned into a coffee shop or marijuana dispensary.​

The Trump Shop on U.S. Highway 385 next to the Sugar Shack was still open as of Saturday.

Facial recognition tech being tested for US flights

Facial recognition tech being tested for US flights

A placard bearing a life-size image of a grinning President Donald J. Trump, both hands shooting a thumbs-up gesture from the hip, greets visi…