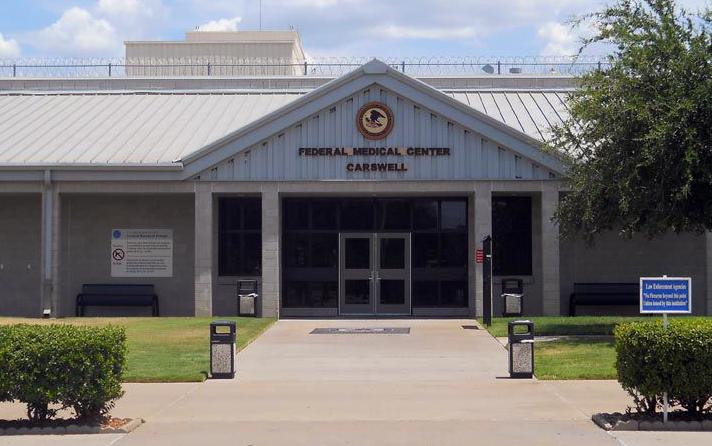 Andrea Circle Bear died of the coronavirus while in custody of the FMC Carswell federal prison in Fort Worth, Texas. 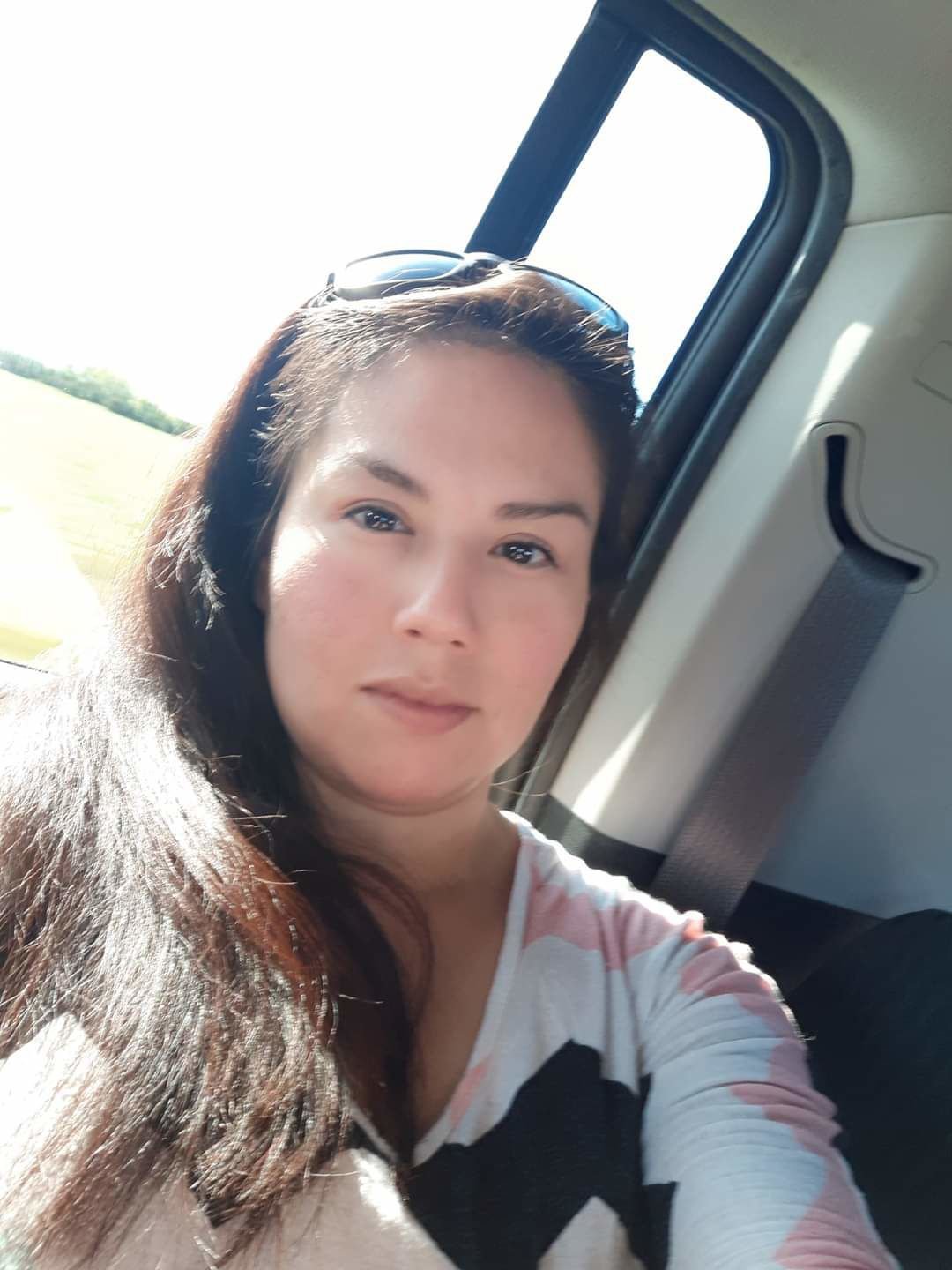 The grandmother of the Eagle Butte woman who died of the coronavirus while incarcerated in Texas says she should have never been transferred to prison while pregnant during the pandemic.

“Why couldn’t they just wait” until she gave birth in South Dakota, Clara LeBeau asked of the local and federal agencies involved in transferring Andrea “Andi” Circle Bear from the Winner Jail to a Texas prison.

LeBeau said her granddaughter told nurses at the jail that she was a high-risk patient since she’s had five cesarean sections but the nurses told federal officials she was safe to travel.

“We didn’t know where she was going to go to and where she would be delivering,” said LeBeau.

Circle Bear, whose baby was due in early May according to court records, was transferred March 20 to FMC Carswell — a federal prison for female inmates with health needs — in Fort Worth, Texas.

The 30-year-old died Tuesday after being diagnosed with the coronavirus and giving birth to a baby girl via C-section while on a ventilator.

Circle Bear, a member of the Cheyenne River Sioux Tribe, was serving just over two years (minus credit for time served) after pleading guilty to a drug crime stemming from an April 2018 incident.

“Pregnant people seem to have the same risk as adults who are not pregnant,” the CDC says. But they have “a higher risk of severe illness when infected with viruses from the same family as COVID-19 and other viral respiratory infections, such as influenza.”

But the BOP says its hands are tied when it comes to new inmates.

“We must also accept newly convicted inmates for service of their sentence, including pregnant inmates," a spokeswoman said in an email. “While the BOP can control and limit its intra-agency movements, we have no authority to refuse inmates brought to us by the U.S. Marshals Service.”

The Marshals Service did not respond to questions about whether deputies relied on Winner Jail staff to decide if it was safe to transfer Circle Bear and if it could have delayed her transfer given her pregnancy.

The U.S. Attorney’s Office in South Dakota said it’s not commenting and Circle Bear’s lawyer did not return messages.

“I am saddened to read of the death of Andrea Circle Bear,” Roberto Lange, the sentencing judge said in an email. “I root for the future success of each individual whom I sentence, including Ms. Circle Bear.”

Lange said once federal judges sentence defendants, the BOP assigns a detention facility and the Marshals Service transfers them at the BOP’s direction.

“That process can take weeks and at times months to occur,” he said.

Circle Bear was a "very poor candidate to put it mildly for self-surrender" due to furlough violations and other issues, Lange said when asked if he could have let her surrender to the Marshals Service after giving birth.

Circle Bear was booked into the Hughes County Jail in Pierre after pleading guilty on Oct. 7, 2019, said a jail official. She left on Feb. 6.

“I told her how scary it was out there” with coronavirus but she didn’t mention being afraid of the virus while in the Winner Jail, said LeBeau.

LeBeau said Circle Bear called one day to say federal officials asked the jail’s nurses if she was safe to fly, and the nurses said yes after she had told them about her birth history. She said she eventually stopped receiving calls from her granddaughter, which made her realize she had been transferred to a federal prison.

She said Circle Bear called a few days after she arrived in Texas on March 20 to explain she has to spend 14 days in quarantine — a mandatory BOP COVID-19 prevention measure — and didn’t mention anything about feeling sick.

“We said we loved each other," LeBeau recalled.

LeBeau said a doctor called her March 31, the day the BOP says Circle Bear was admitted to the hospital with a fever and dry cough. She said the doctor explained that Circle Bear was in the ER and asked if she is OK with taking care of the baby.

“To me that (question) was in the event down the road, not thinking that they were going to do a cesarean right away,” LeBeau said.

The doctor then handed the phone over to Circle Bear.

“She was kind of crying and she was scared, I supposed not knowing what they were going to do" in the hospital, LeBeau said.

LeBeau said Circle Bear told her that doctors diagnosed her with pneumonia. That wasn’t mentioned in the BOP press release but hospital sources shared that diagnoses to NBC5, a Fort Worth TV station, on April 3.

“She said she’d been sick for days and she’d been complaining but they didn’t pay attention to her” in prison, said LeBeau. “She needed help and was being ignored.”

The BOP news release said the prison took Circle Bear to the hospital on March 28 due to pregnancy concerns and the hospital discharged her that day.

The news release makes no mention of Circle Bear having coronavirus symptoms on the 28th but NBC5's hospital sources said she did have symptoms, such as a high fever. A whistle-blower complaint by the president of the prison's union says the prison knew Circle Bear was “a suspected symptomatic case” that day, Vice News reported April 29.

“We just talked about family and praying,” LeBeau said of the March 31 phone call. She said Circle Bear was concerned for her five children so she reassured her that they were being taken care of.

LeBeau said the next time she received a call from the hospital was April 2 and a doctor told her that her granddaughter was on a ventilator, awaiting COVID-19 test results and had delivered her baby the day before.

“I was kind of shocked” because I thought she was just being treated for pneumonia, said LeBeau.

LeBeau said the hospital didn't call her when her daughter was placed on the ventilator or before the C-section took place. She said a doctor called April 4 to say Circle Bear tested positive.

LeBeau said doctors said they would see if she could visit Circle Bear or at least see her through a window when she came to pick up the baby — who tested negative for the virus — on April 17. But she said the prison told medical staff that she couldn’t see her granddaughter.

“She belongs to (the prison) and they have no say,” she said. “That was the sad thing because I couldn’t see her and I drove all the way down there.”

The DOC said Circle Bear had a pre-existing condition the CDC lists as a risk-factor for coronavirus. But LeBeau said her only condition was being pregnant.

The BOP did not respond to a question about whether it will investigate where Circle Bear contracted COVID-19. But it said inmates are screened before being transferred into their facilities, wear cloth face masks during transports, and won't be accepted if they have symptoms.

The Winner City Jail said in a news release that no detainees or staff have been sick, all inmates are screened before arriving and leaving, and there are no positive cases within Tripp County.

LeBeau said a doctor called again on April 27 to ask if Circle Bear would want CPR if her heart stopped.

Yes, “she would do anything for her babies,” LeBeau responded. That’s when “I kind of got the feeling that she probably wasn’t going to make it.”

LeBeau said she received a phone call at 7:15 a.m. Tuesday from a doctor saying Circle Bear’s blood pressure and heart rate were dropping and they were starting CPR. A doctor called back 30 minutes later to say her granddaughter didn’t make it.

Circle Bear said she’s received no communications from the prison about her granddaughter's death.

“The prison was terrible because when she reported being sick, they did not do anything.”

The April 7 whistle blower complaint says there weren’t enough precautions being taken at FMC Carswell, where many at-risk women are held.

But LeBeau says the danger to Circle Bear began when was transferred from Winner. “That’s where I feel they did wrong.”

“I didn’t think this could ever happen to her,” LeBeau said of Circle Bear’s death.

The Eagle Butte woman who died of COVID-19 in Texas was a loving mother who leaves behind six children and a grieving family.

Andrea Circle Bear died of the coronavirus while in custody of the FMC Carswell federal prison in Fort Worth, Texas.