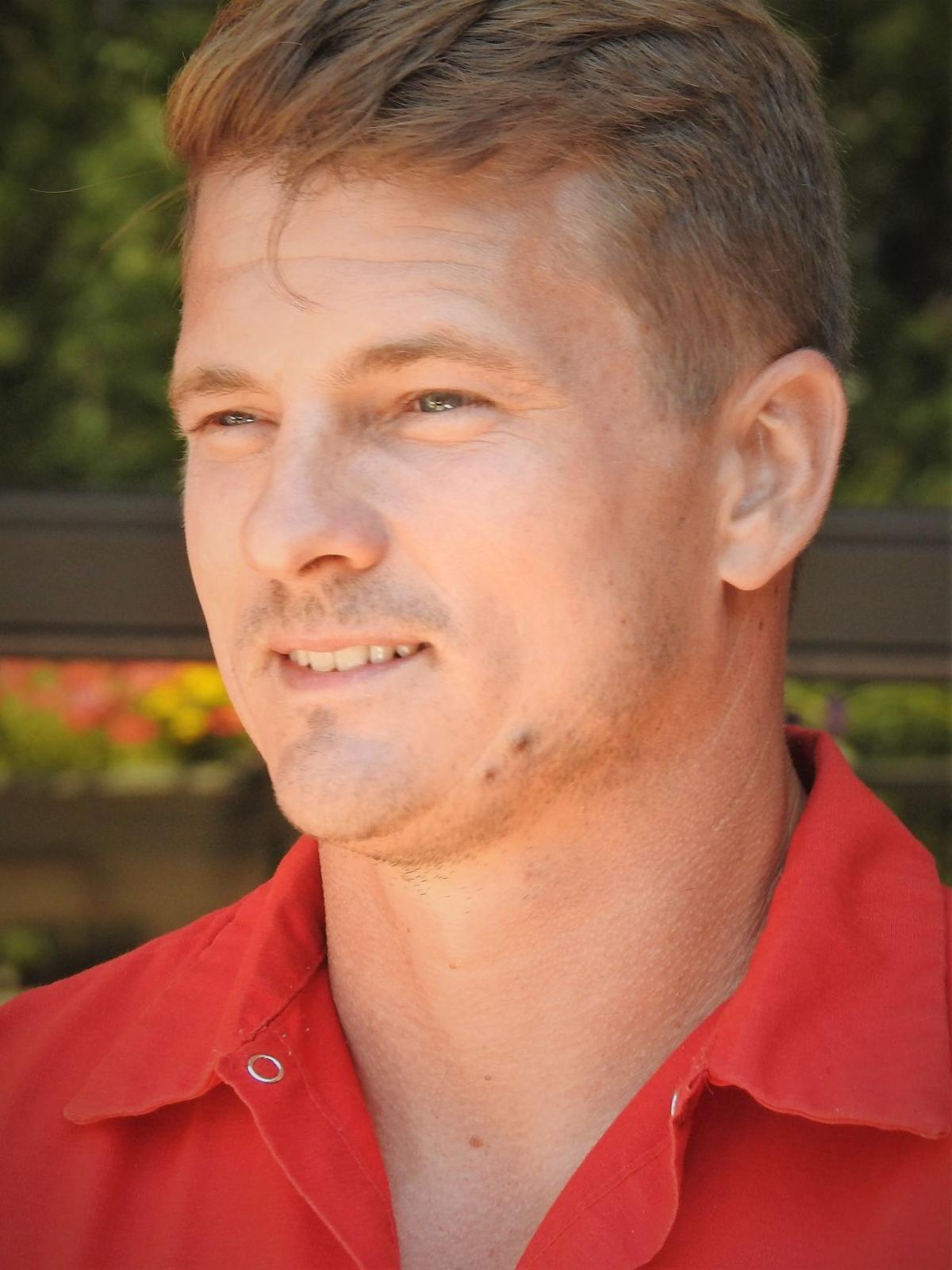 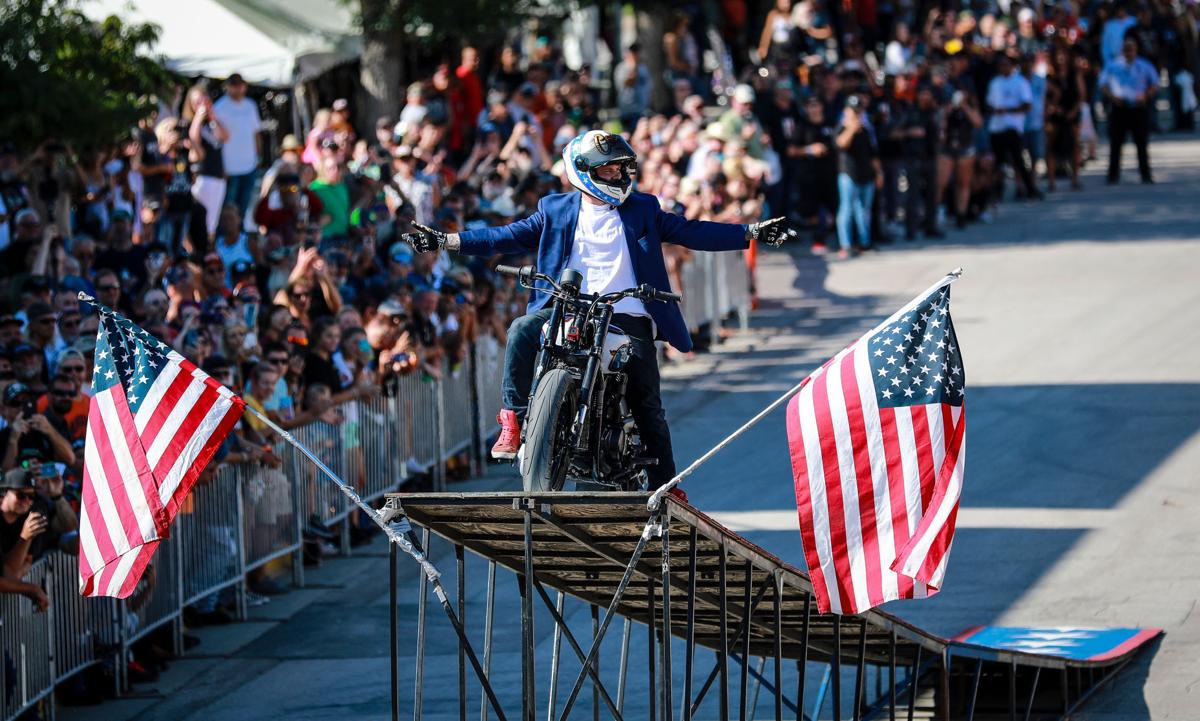 Cole Freeman amps up the crowd before he jumps over Main at the 2019 Opening Ceremonies at the Sturgis Motorcycle Rally.

STURGIS | “High Flyin’” Cole Freeman will undoubtedly have the best seat in the house for Saturday’s closing ceremonies for the 81st Sturgis motorcycle rally — 25 feet above Main Street Sturgis aboard a high-flying Harley-Davidson motorcycle.

“I am my own drone pilot,” joked Freeman, a daredevil who will attempt to duplicate the 100-foot motorcycle jump that he completed for the 79th Rally’s opening ceremonies in 2019.

He will climb aboard his Harley XG750 for the 2 p.m. jump at the Harley-Davidson Rally Point, with proceeds from ticket sales and money raised from a Facebook live feed going to help first responders.

If all goes right, Freeman will soar over Main Street on Harley-Davidson Way (formerly Second Street in downtown Sturgis) in an attempt to clear a similar span on a bike not equipped with a speedometer or front brakes.

“Everything we do is by the seat-of-the-pants. Every jump’s different. When you put your helmet on and throw your leg over the bike, you don’t know what the wind conditions are going to be,” he said at a Thursday news briefing at Sturgis’ City Hall, not far from where he will attempt the jump on Saturday.

“To say that I’m keeping the ‘dare’ in daredevil is a legitimate statement,” he said.

His jump in 2019 came after an accident in Mitchell the previous day, where Freeman spilled his bike and fractured three vertebrae while setting up the ramps for a jump at the Corn Palace.

He soldiered on anyway, completing that jump as well as the one in Sturgis. His “show must go on” mindset is taken from legendary motorcycle jumper and showman Evel Knievel.

“What would Evel do? He would get up and jump,” Freeman said.

The 2019 jump, while successful, wasn’t without incident either. Freeman landed long and slid into chain-link fencing bordering the jump zone.

“When you have a motorcycle with no speedometer, you’d rather go a little faster than slower. I’ll take the little longer jump. Going short is unforgiving and you’re not walking away,” he said.

Freeman, 35, is from St. Charles, Mo. He has been riding motorcycles since age 18 and started jumping them five years ago, following an accident in Sturgis that ended his career as a firefighter-EMT.

Freeman said he is thrilled to be performing at the rally’s first-ever closing ceremonies.

“I’m looking forward to drawing the biggest crowd for the closing ceremonies for the next 10 years,” he said.

Freeman also plays the daredevil persona to the hilt, knowing there are people who may come to see him fall short.

“I know nobody wants to see me die, but they want to be there if I do,” he said.

Cole Freeman amps up the crowd before he jumps over Main at the 2019 Opening Ceremonies at the Sturgis Motorcycle Rally.