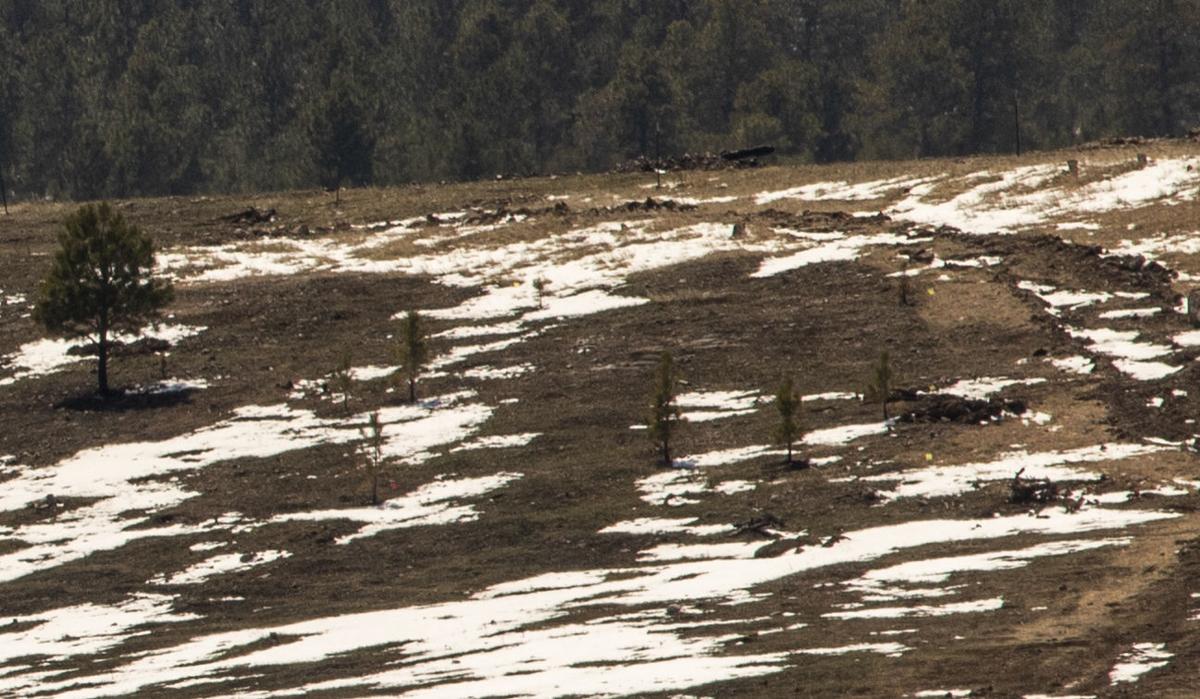 A hill on a Schroeder Road property is burnt and covered with some snow on Wednesday. The Schroeder Fire was sparked by a slash pile on a hill on this land, according to a fire investigator. 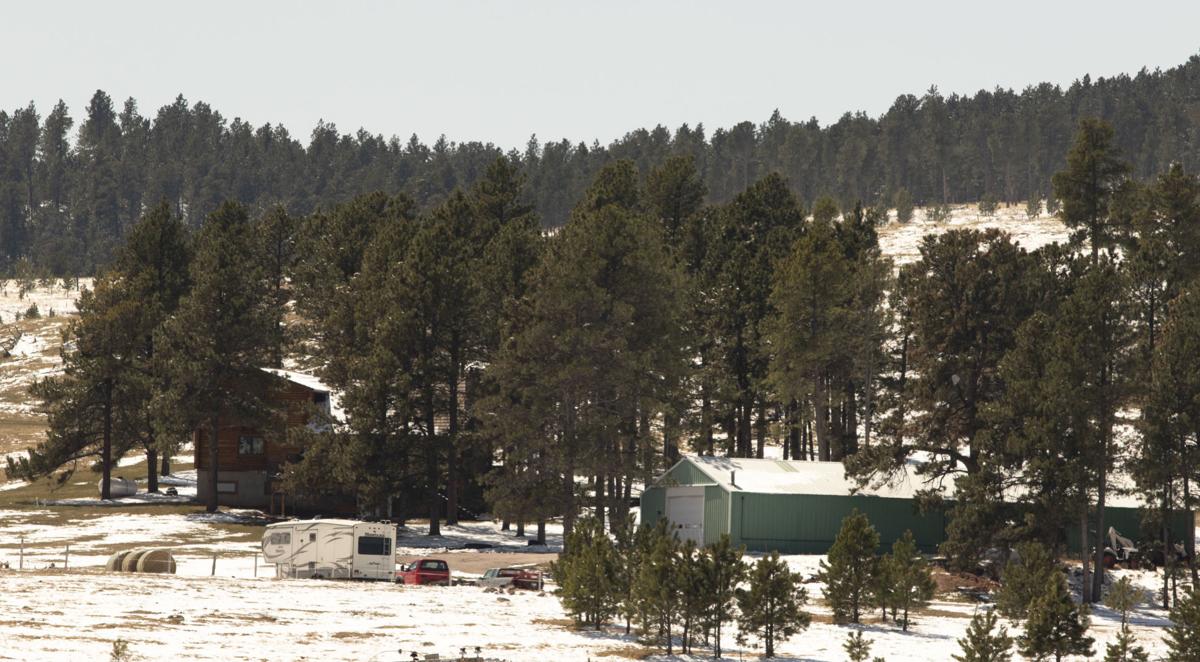 Two structures on the property where investigators say the Schroeder Fire began. 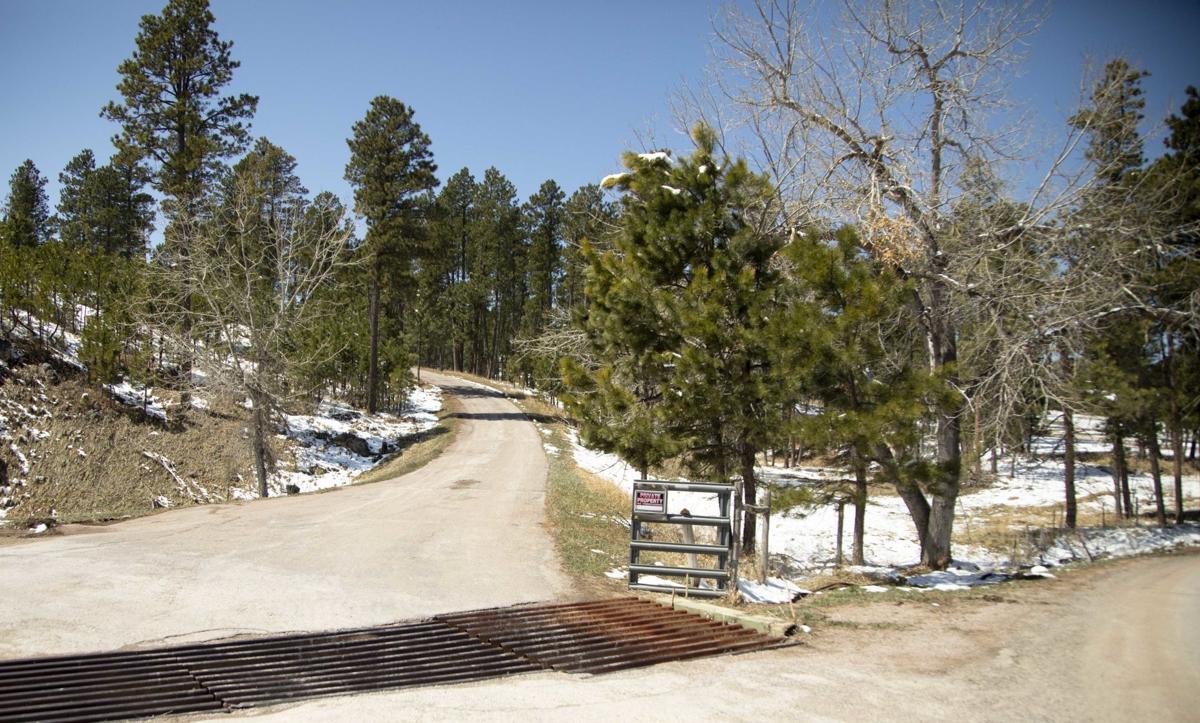 A road to the property where investigators say the Schroeder Fire began. 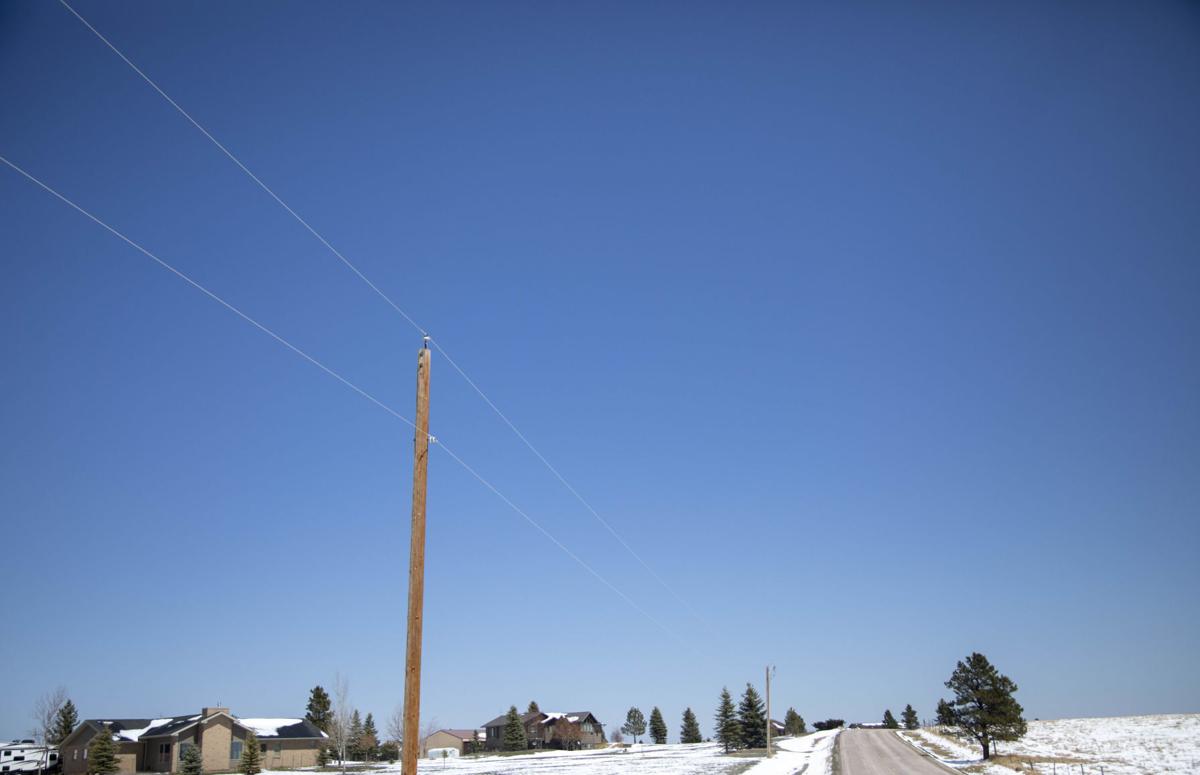 Homes along Schroeder Road are surrounded by light snow on Wednesday.

The owner of the land where investigators say the Schroeder Fire ignited in a slash pile is a former wildland firefighter who believes the blaze began with an arson.

“We have reason to believe the Schroeder Fire was caused intentionally, by an unrelated third party,” the owner wrote in a written statement cited in a 60-page investigate report. 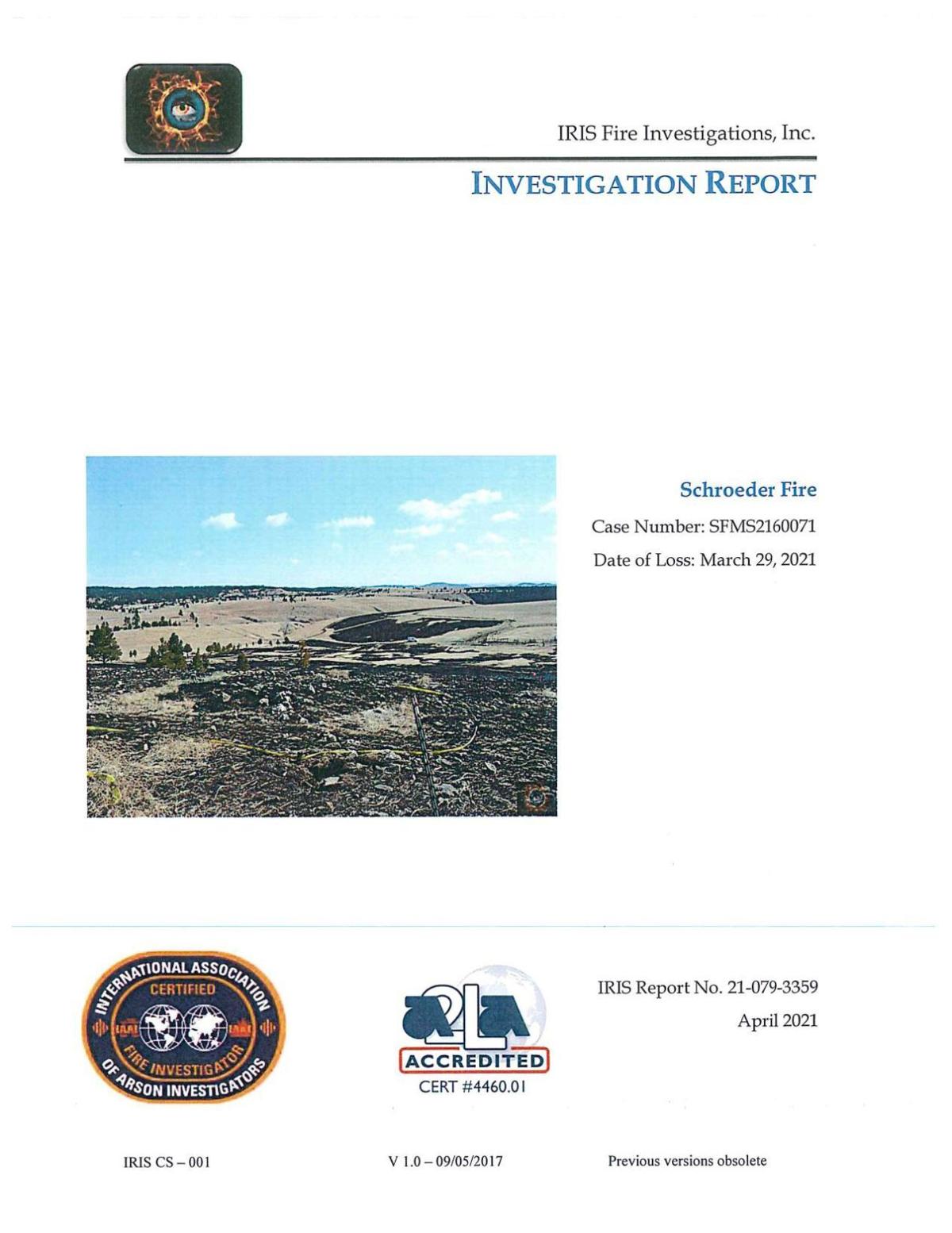 The Schroeder Fire broke out around 9:22 a.m. on March 29 at 8875 Schroeder Road, about four miles west of Rapid City, according to the report by a private fire investigator.

All evidence points to the fire being caused by a large permitted slash pile lit March 16 on the property that wasn’t completely put out once the snow melted and the fire began on an incredibly windy day, according to investigator Todd Hedglin.

The homeowner said he’s experienced two suspicious fires since he bought the property in 2018 but before he moved into the home in late 2019 or early 2020.

Grass outside the east side of the home was burned in 2018, the man said. The next year, someone entered the still-vacant home, placed a stump inside and tried to burn it.

The man said he reported the second incident but both remain unsolved. He provided investigators working on the Schroeder Fire with a brief history of what he called a “suspicious items timeline” and an “intentional acts timeline.”

The 48-acre property where the fire began has been owned by the SR Living Trust since 2018, according to the Pennington County Equalization Office. The actual owner’s name is not mentioned in the investigative report.

The owner says he’s spent 20 years in emergency services, including working in search and rescue, law enforcement and firefighting.

I’ve fought “numerous wildland fires” and “I understand how to ensure that things don’t continue to burn and smolder,” he wrote in a statement.

The Schroeder Fire burned 2,224 acres west of Rapid City, destroyed a home, damaged at least seven other structures, forced up to 500 people to evacuate, and closed down road access for many others.

“Based on the information to date and in consultation with the Pennington County State's Attorney, no criminal charges are being filed at this time,” the Department of Public Safety said in a Tuesday news release.

He visited the site and conducted the interviews on March 31 with the property owner, a witness, two leaders with South Dakota Wildland Fire, a fire official with the Black Hills National Forest and two deputies with the Pennington County Sheriff's Office.

Hedglin wrote detailed explanations behind his finding that the slash pile was to blame and how he ruled out the fire being caused by lightning, glass reflection or refraction, or a cigarette or smoking.

His shortest section was on whether arson could be the cause, and he doesn’t mention investigating that possibility himself.

The property owner’s arson theory was shared with the sheriff's office, Hedglin said.

“After speaking with the law enforcement officials, it was determined any third-party involvement with the fire’s ignition could be eliminated as a cause of the fire,” he wrote.

He said the Rapid City Fire Department was the first agency on the scene but did not conduct any investigation, a task that was turned over to the sheriff’s office and Wildland Fire.

“Subsequent information related to any third-party incendiary or deliberately set fire would need to be addressed by the” sheriff’s office, Hedglin wrote.

Sheriff Kevin Thom was attending the South Dakota Sheriff’s Association meeting on Wednesday, according to the office’s spokesperson. He did not return a message from the Journal.

There were no reports or physical evidence of lightning strikes on March 31, Hedglin said. It’s rare for fires to be caused by refracted or reflected sunlight, and there were no materials in the area that could start such a fire.

The property residents and workers don’t smoke, there was no evidence of smoking material, and the conditions of the fuel and weather wouldn’t allow for a cigarette-caused fire, Hedglin added.

The landowner showed Hedglin a burn permit he obtained from Wildland Fire on Jan. 21. He said he called Pennington County dispatch on March 15 to say he would be burning a large pile that was up to 10 feet high and 60 feet long.

The man said the pile on top of a hill consisted of downed trees from the 1988 Westberry Trails Fire and other fuels added by previous owners.

One of the man’s employees then ignited the fire on March 16. The man said he, his wife and the employee monitored and photographed the fire for several days and used a tractor to turn over the pile to make sure the coals were mixed until the blaze was out on March 24.

“Although six or more inches of snow were present when the pile was ignited, the snow had melted away and exposed the fuel package,” Hedglin wrote. “Between the time the snow melted and fire ignition on March 29, the above-ground fuel bed had time to dry and allowed for a more competent fuel source."

The fire patterns and movement made it clear that the blaze began at the slash pile and was fueled by “topography and wind conditions,” Hedglin added.

He said there were steady winds as high as 58 mph and gusts up to 75 mph the morning of the fire, and the pile was surrounded by dry fuels. ​

A hill on a Schroeder Road property is burnt and covered with some snow on Wednesday. The Schroeder Fire was sparked by a slash pile on a hill on this land, according to a fire investigator.

Two structures on the property where investigators say the Schroeder Fire began.

A road to the property where investigators say the Schroeder Fire began.

Homes along Schroeder Road are surrounded by light snow on Wednesday.