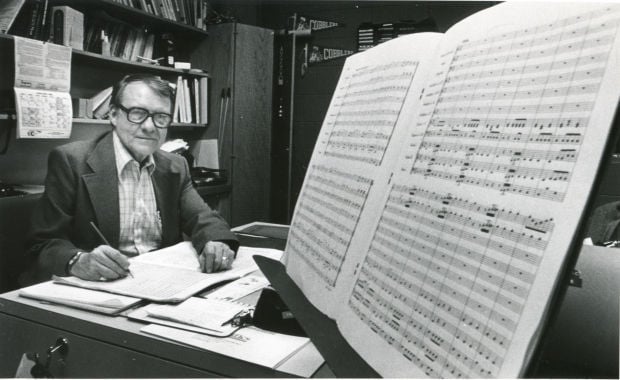 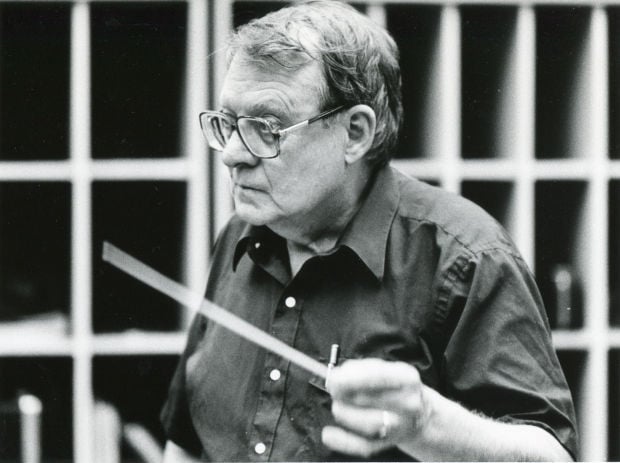 Jack Knowles was the conductor of the Black Hills Symphony from 1972 until 2008. 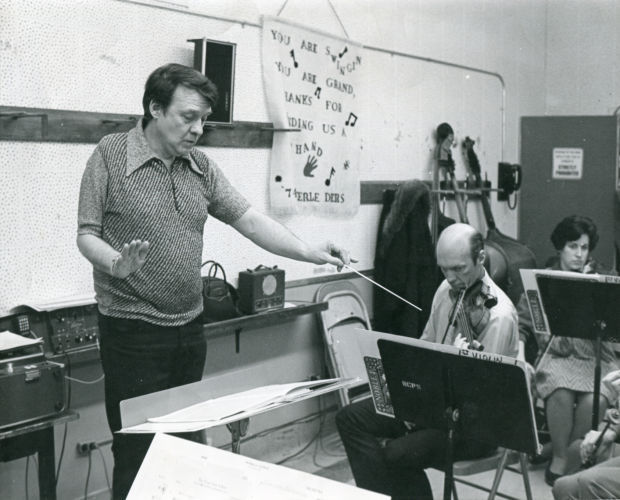 Those who played music when Jack Knowles was conducting yearned to feel his left hand on their shoulders.

Knowles, who conducted the Black Hills Symphony Orchestra for decades, died Thursday at 91.

"When he complimented you, you knew you did really well," said Nancy Olney, an English horn and oboe player, and the orchestra's librarian. "When you did an extremely good job, he put his left hand on your shoulder."

His son Bruce said his father had suffered a stroke about two weeks ago, but had been very healthy until then.

Knowles was remembered for his voracious, wide-ranging tastes in music and travel, along with the occasional glass of scotch.

Under his direction, the Black Hills Symphony Orchestra built a formalized administration that has allowed it to continue operating into its 80th season, Bruce, the orchestra's current conductor, said Thursday.

"He really was a musical pillar in the community," said Tony Thomas, the organization's board president. "He had an iron will to see that that symphony succeeded. He set a tone that Bruce follows to this day."

A bout with polio as a teenager left Jack Knowles' right arm largely immobilized and should have ended his dreams of becoming a conductor. But, Bruce said, his father's self-sufficiency gave him the drive to overcome the disability, and his determination allowed him to conduct, unusually, with his left hand.

To a musician, that meant "everything was backwards from what you usually saw," Bruce said.

Over the years the symphony was jokingly referred to as the "Knowles Family Band" and benefited for decades from the large, extended family's musical talents. At least six of his children have played in the symphony at various times.

Knowles taught for a time in the Rapid City school system and served as conductor from 1972 to 2008, preceding his son in both roles. He was known as a man with a no-nonsense style that demanded, and got, the best out of his players.

"He wouldn't compliment you unless you deserved it, so when he complimented you, it always meant a lot," Olney said.

If he considered a work good, Knowles' taste in music knew no bounds, and he was constantly studying and challenging his orchestra to mix it up. Olney remembered they played nontraditional genres almost as often as they took up such classics as the works of Beethoven and Mozart — including one foray into Mayan music that "nobody liked," she said with a laugh.

"He made us play some really weird things," she said, "but it was always fun."

That wide-ranging musical knowledge earned the respect of his players.

"He had an incredible memory," said Anthony Thomas, a bass player and board president. "He could remember things that he played 24 years ago, and often could remember them as if it was yesterday."

"If Jack Knowles was on the podium," Thomas said, "and his baton was up in the air, you better be ready to play. He was incredibly demanding on that orchestra. A good conductor knows what he wants to hear."

"The last thing you want is ambiguity," he said. "He was very good at what he wanted to hear and what he expected."

That work ethic was nothing unusual for Knowles, Olney said.

"Studying and working with music was never a job to him. I think he was always working, always studying," she said. "If you knew Jack, you knew that was what he did."

Service arrangements will be made with the Kirk Funeral Home.

Jack Knowles died Thursday at the age of 91. He was the conductor of the Black Hills Symphony from 1972 until 2008.

Jack Knowles was the conductor of the Black Hills Symphony from 1972 until 2008.