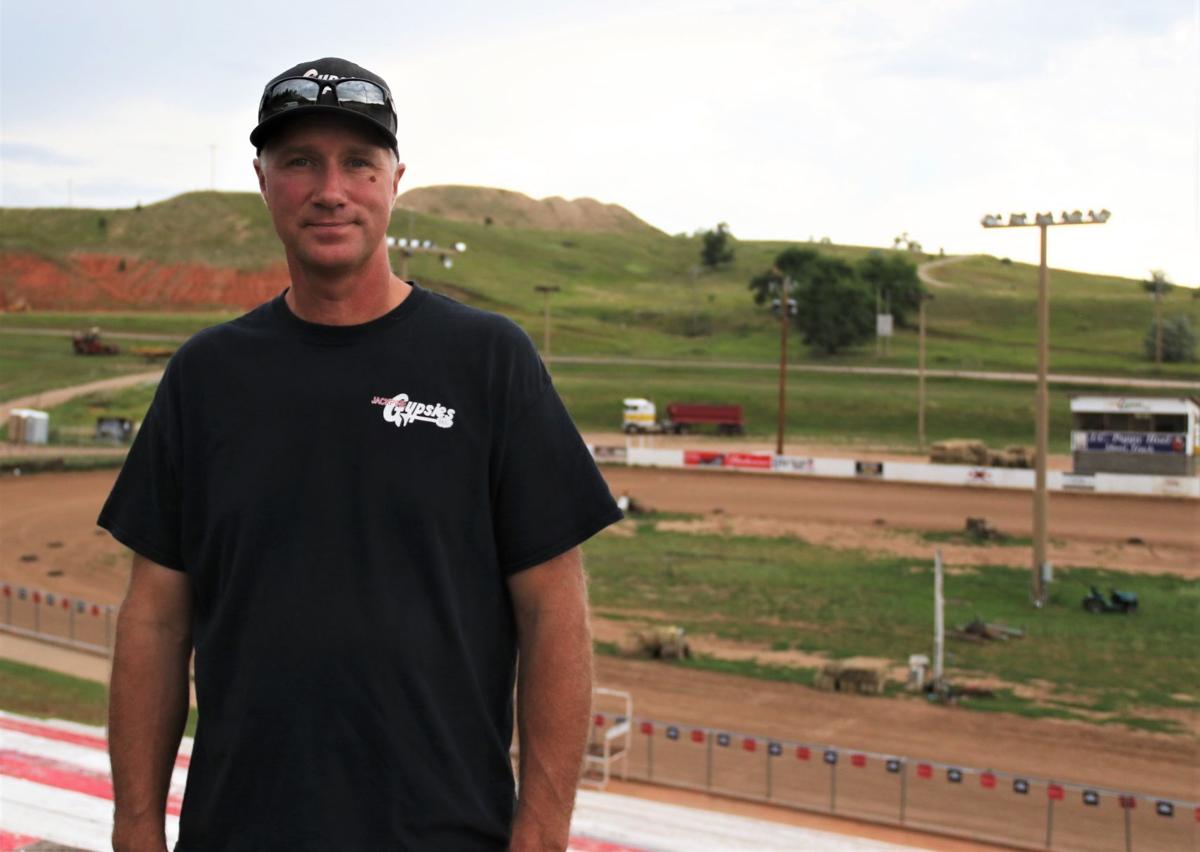 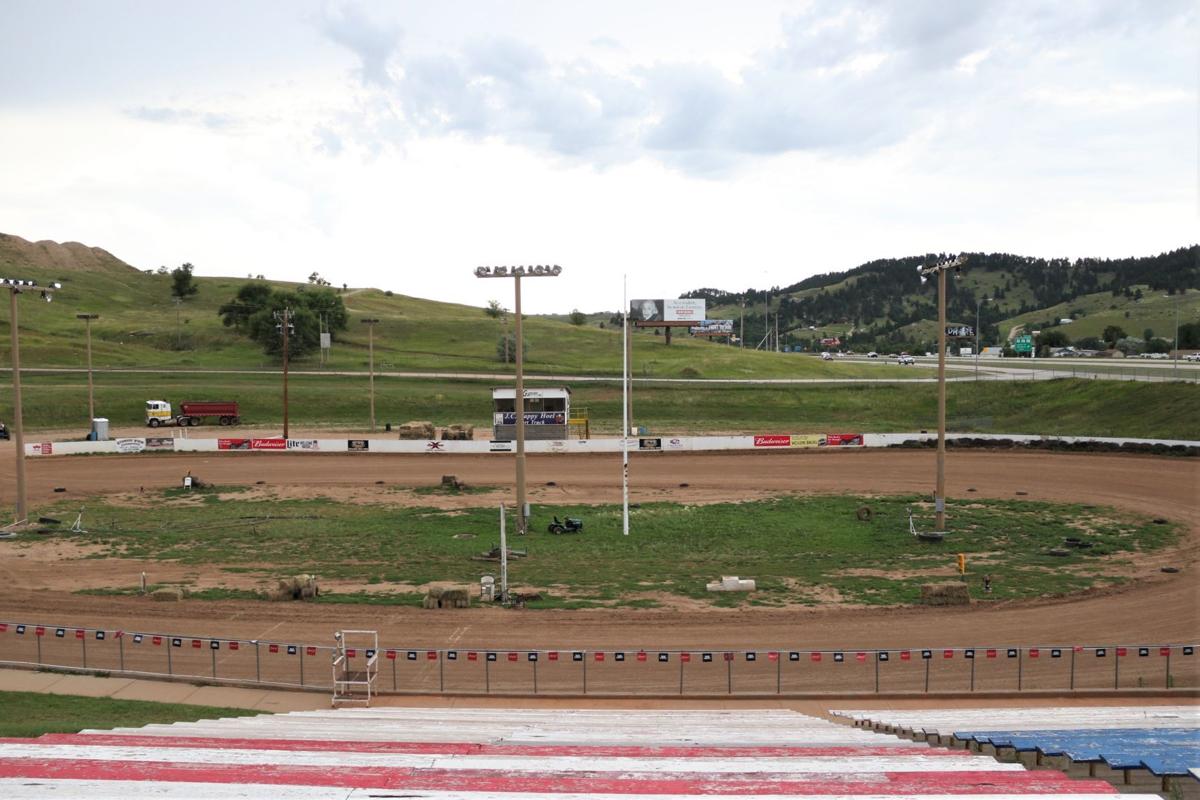 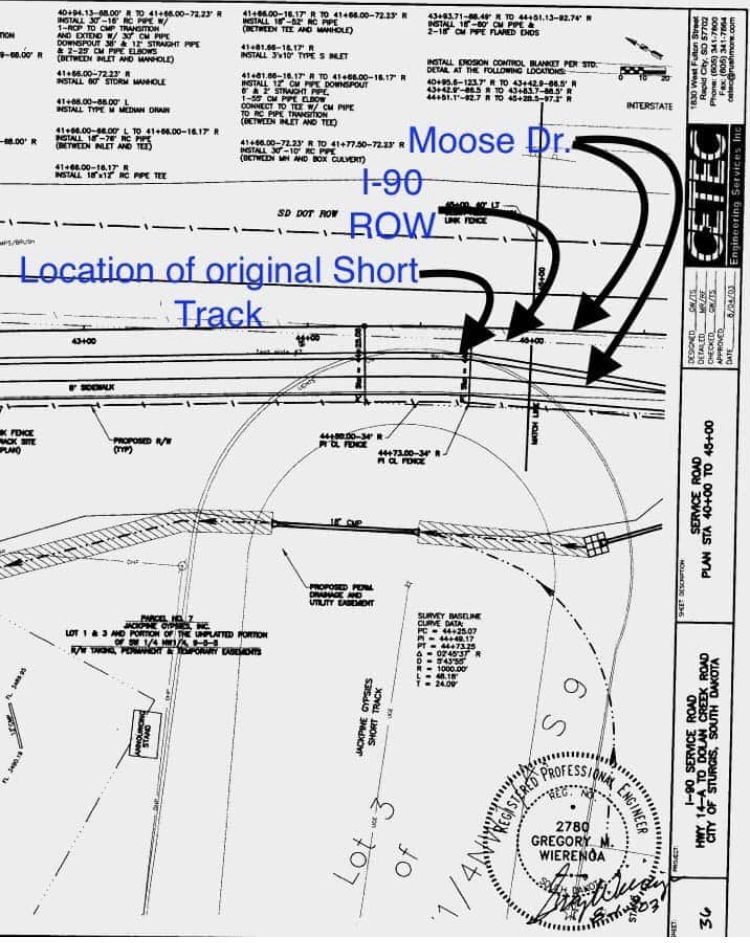 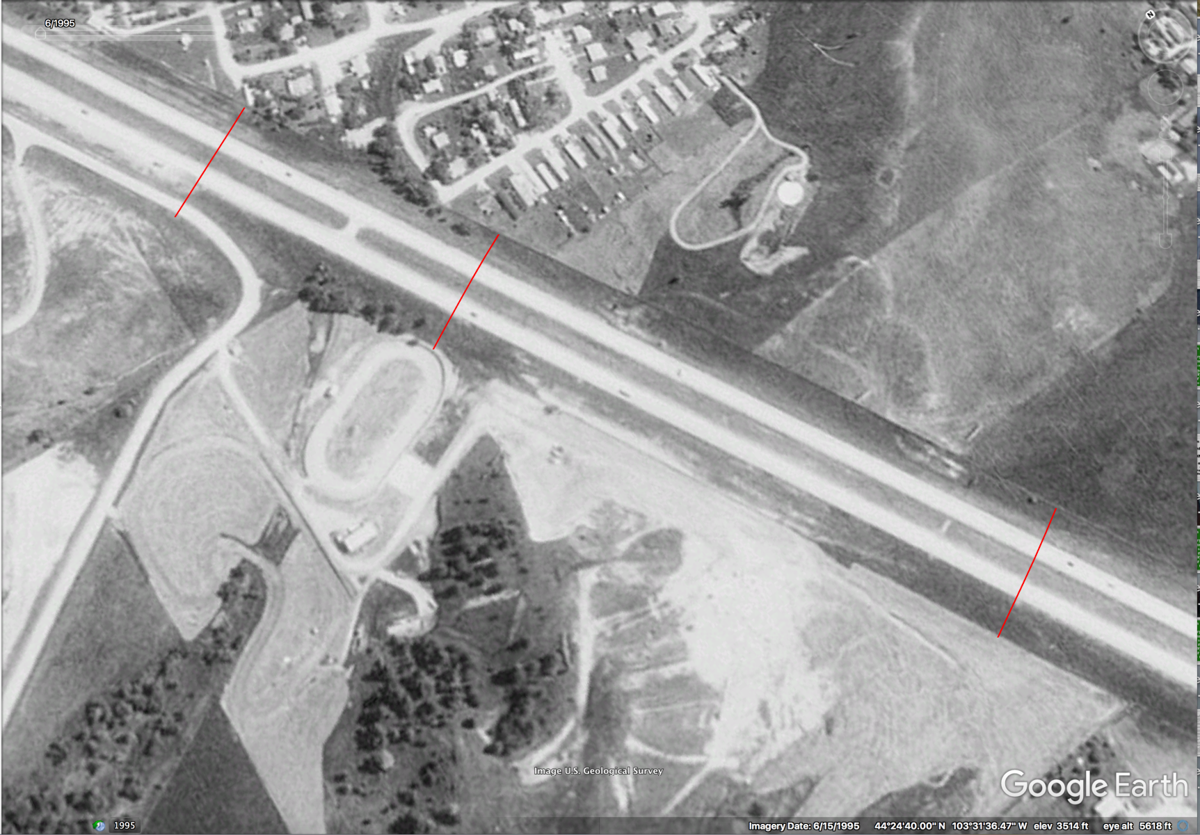 An aerial view of the Jackpine Gypsies Motorcycle Club from 1995 from Google earth before Moose Drive was put in place and the short track moved.

The Jackpine Gyspsies Motorcycle Club says it could be looking at the finish line on Tuesday when Sturgis voters decide if they want to back a Sturgis City Council decision to annex its property.

The club is part of the town's legacy — it is the site where the Sturgis Motorcycle Rally began in 1938 as the Black Hills Motor Classic.

Club Chairman Brett Winsell said the club's future will be endangered if the property is annexed and subjected to city conditions to continue operating.

“I guess the main thing we have to do, we just need to keep trying to tell the truth, tell people where we’re at, make people aware of why we don’t want to be annexed,” he said.

“While the rally has definitely changed into something that’s not our vision of the rally or what it’s become, this is the purity of where the rally began,” Winsell said. “By losing this place, you really lose what Sturgis has hung its hat on, its bread and butter. It’s the fabric of most of the people who live here.”

The Sturgis City Council voted 7-1 for annexation at its June 1 meeting, with Rhea Crane voting nay and Ron Waterland abstaining. He was the Jackpine Gyspsies board chairman in 2003.

Winsell said he and other club members received plenty of support when they collected the more than 200 signatures required to put the measure on the city ballot.

“We’ve been door to door, we already knew we’d have the votes,” he said this week. “We told them we already have the signatures and this is something you won’t win because most of the citizens don’t think this is right.”

In January, the Sturgis city attorney signed an annexation study for the Jackpine Gypsies property. It outlines Sturgis’ growth potential, the need for financial equity and the annexation process.

The study mostly discusses development and housing and how that would be necessary for Sturgis as it continues to grow.

Winsell said, however, the Gypsies have no plans for further development or for housing nor do their neighbors.

Winsell said under the city’s annexation plan it’s likely there will be ordinances put in place that would change how the Gypsies operate, which could create problems for the motorcycle club.

“When we look at the stipulations and things that they want us to follow, I don’t know if we can make it more than a year or two,” he said.

Sturgis City Manager Daniel Ainslie said the city has no plans to change the Gypsies operation as a race track nor could they make them develop or add housing since the property still belongs to the club.

He also said the annexation study was done for several different properties and the one done for the Gypsies was tailored for them.

At the same time the Gypsies' property was under consideration for annexation, so was the Murray Properties.

“Growth means additional land properties to build housing on, but not all new areas annexed would have to be built as housing,” Ainslie said.

He said the city wants to annex the properties so the Gypsies pay for city services they receive like water, sewer, public safety and maintenance on Moose Drive. He noted that the city has completed 22 annexations over the past six years. These properties also received municipal services, were adjacent to city limits and didn’t pay for services through the mill levy, the primary funding for public safety and road maintenance.

The annexations have increased the city’s assessed property value by 3.5% — that percentage is the amount of property taxes the city now receives from those properties, which is about $98,695.66 based on what was budgeted for 2020.

Winsell said, however, it’s not about property taxes, which would increase by about $2,500 annually — the club currently pays $4,800 in county and school district taxes.

“If it’s really about an extra $2,500, we’ll pay it,” he said. “That really was not a big deal. One of our main offers and still to this day one of our standing offers is if the city can come up with any city service that is not being paid for, we would pay any reasonable fee for any city service.”

Winsell said the city turned the offer down.

He also said the club offered to disconnect from city services like water and sewer at their own expense since they have access to something similar to a municipal well and a septic system.

During the rally and other events, Winsell said the club already pays to have EMS services on standby. He said they’ve frequently used ambulances from Spearfish.

Winsell said the only reason the club received the water and sewer services is because of an agreement made in 2003 when the club gave property to the city in order to build the Interstate 90 service road, known as Moose Drive.

The agreement states the city proposed the development of the road and would give the club $10,000, move the short track, pay damages and reimburse the club for having to relocate the sound system, among other things.

Winsell said the city never completed work on the short track, so the club had to finish it itself and pay for it.

He also said there was a verbal agreement between the club and the city that the property wouldn’t be annexed.

Ainslie said agreements need to be written, so whatever was said doesn’t necessarily bind the city.

Winsell said the Agreement to Convey Property and its attachments were given to the club by the city attorney at the time. Ainslie said the city doesn’t have a copy of the agreement.

Ainslie said if the Tuesday election comes up on the city’s side, the Gypsies would start paying the municipal mill levy and collecting sales tax as of the fourth quarter.

If the voters reject annexation, the Gypsies would remain outside city limits.

Ainslie said annexation after that may be possible if it were a voluntary annexation or the city would have to wait a year or so to try the forced annexation again.

Although Winsell said he feels good about the club’s chances of not being annexed, he still has his concerns.

Polls will be open from 7 a.m. to 7 p.m. on Tuesday at the Sturgis Community Center. Only registered voters within Sturgis city limits can vote.

There has also been absentee voting available for city residents at City Hall. City Finance Officer Fay Bueno said she's received 552 absentee ballots for the election as of 4:30 p.m. Thursday.

According to Facebook comments from the city on a July 20 post, applications for absentee ballots were sent to all registered voters in the city limits.

An aerial view of the Jackpine Gypsies Motorcycle Club from 1995 from Google earth before Moose Drive was put in place and the short track moved.