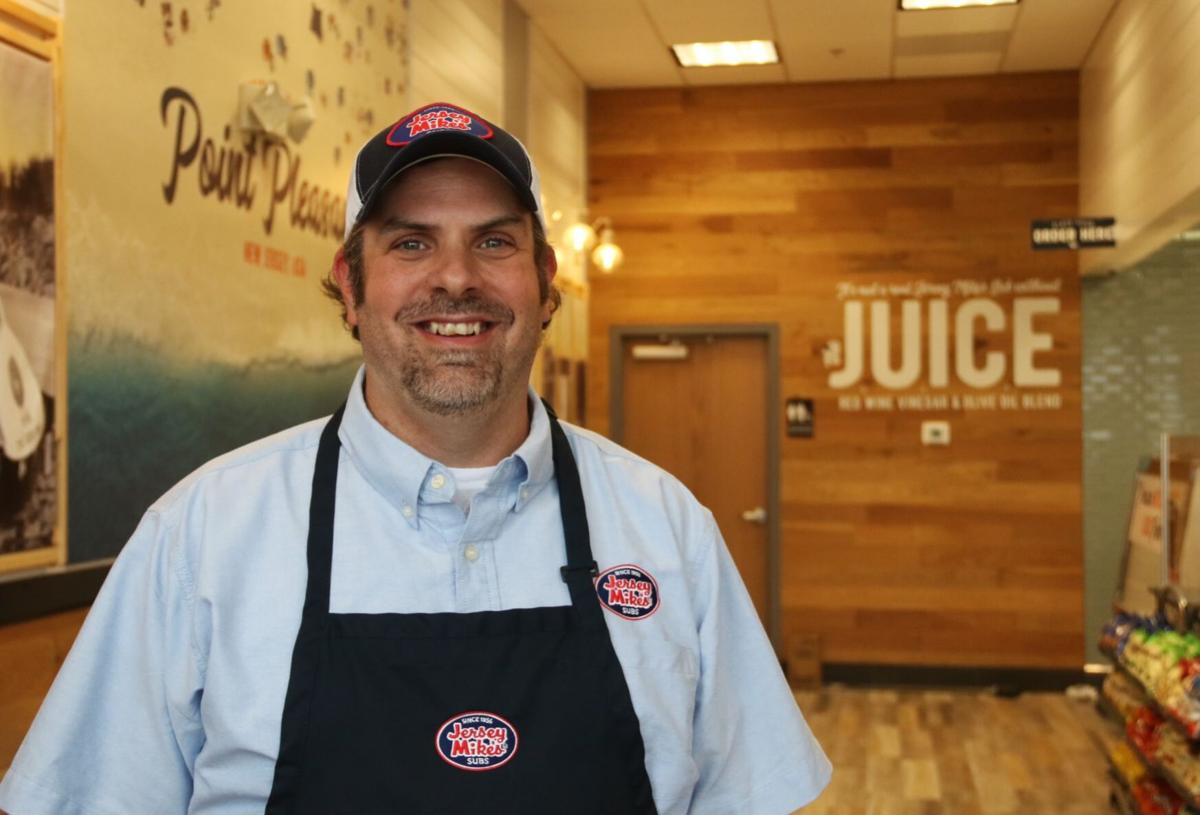 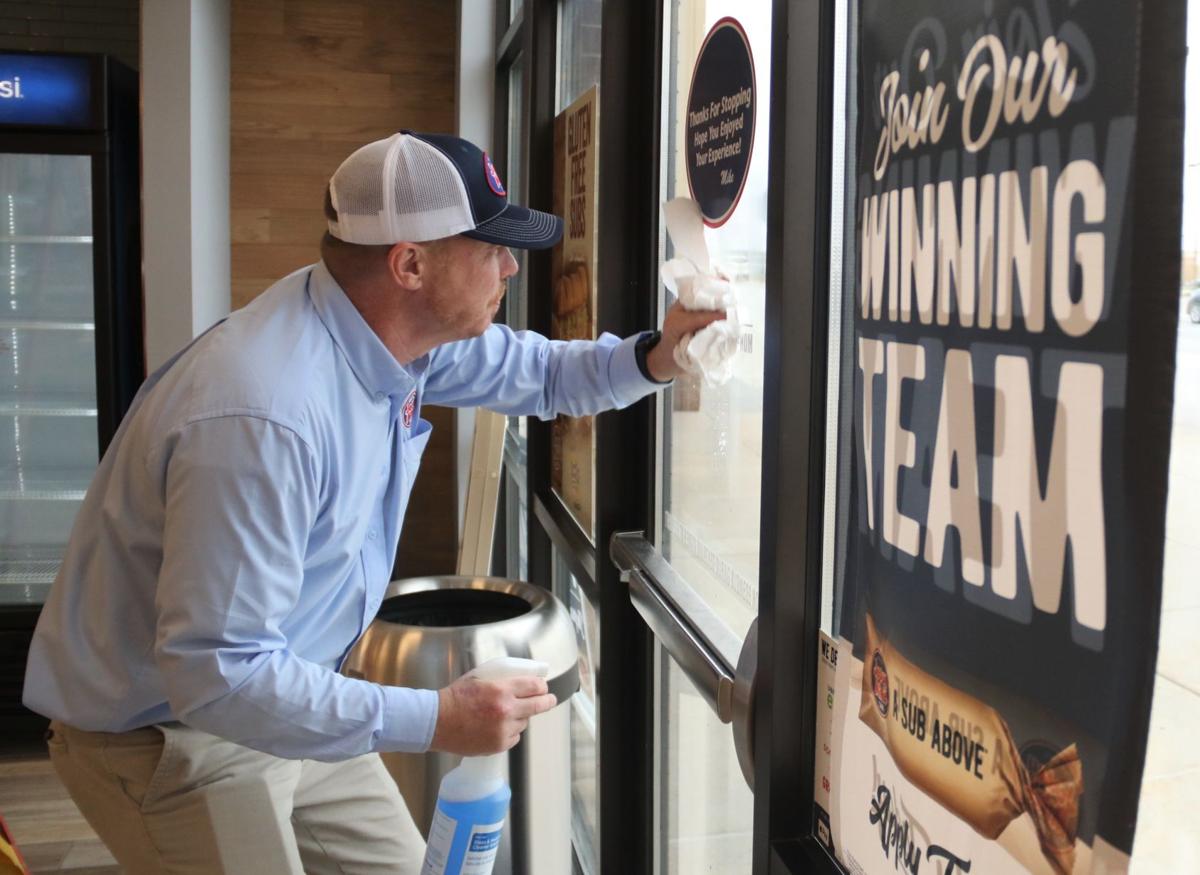 Dominic Miller, a manager in training for Jersey Mike's, cleans the door and windows Tuesday. 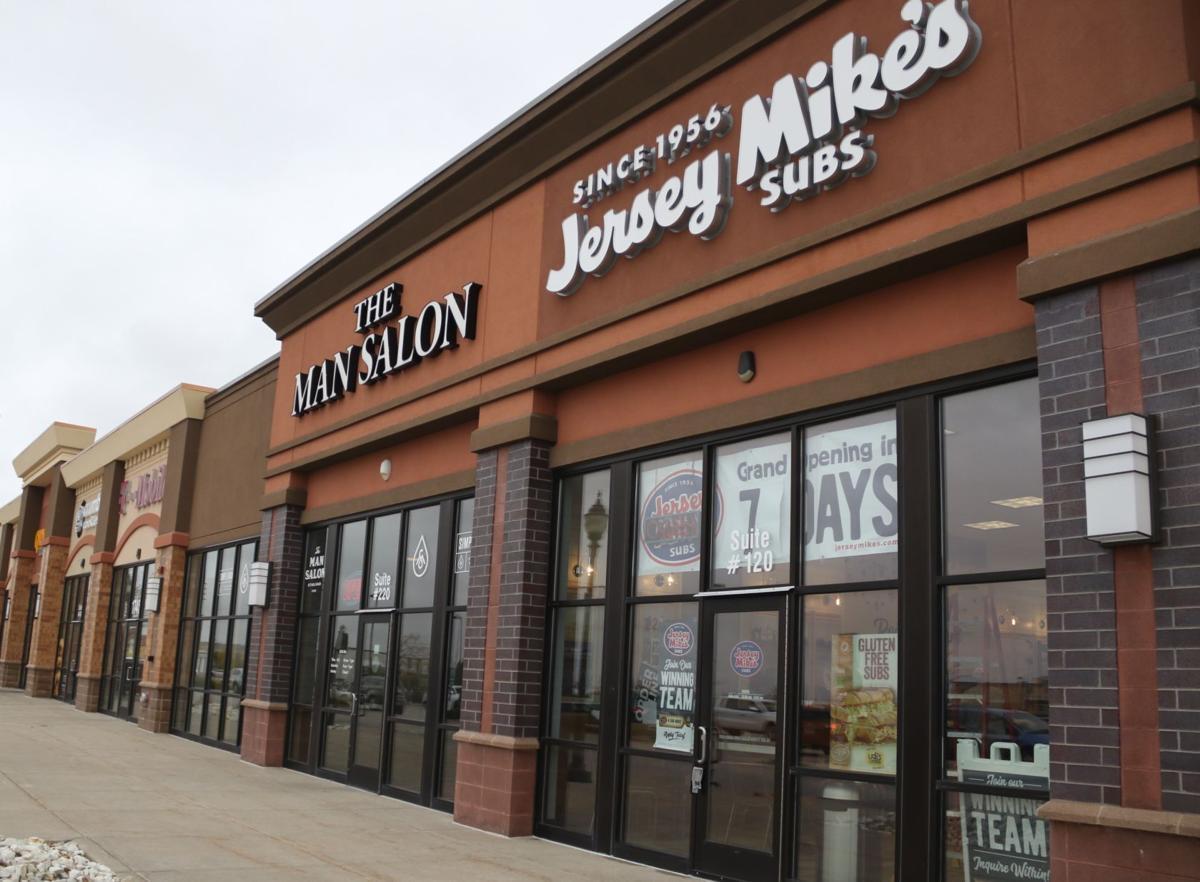 "Opening has been challenging with shipping delays and everything else, but we're at the point where we can open the doors and we're very excited to do so," he said.

Jersey Mike's is a 65-year-old national sandwich chain that started in New Jersey in 1956. The franchise has over 2,000 locations.

Bendewald said he lived in Aberdeen for about seven years before moving to Rapid City. He said his brother-in-law owns three Jersey Mike's in North Dakota and approached him about managing a new Rapid City location during the pandemic.

"I love the mountains and I missed it greatly because I lived in Alaska and other places with beach and mountains, so I said, 'Heck yeah,'" he said. "Everybody else was moving here, too, so I thought I might as well join the crowd."

Bendewald said it's been a long process getting to opening day with COVID-19 and shipping delays, but everything is on track now.

"There seems to be a good buzz in the community about Jersey Mike's and we can't wait to open the doors for people to come in and try the food," he said.

Bendewald said they wanted to open in September, but due to the shipping delays and waiting on equipment, it was postponed.

He also said hiring has been easier than anticipated, although there are crew member positions still open. He said people can apply on Indeed or by getting an application in the store. He said hiring wage depends on past experience and team members also receive tips.

This will be the first Jersey Mike's location in Rapid City. There are two in Sioux Falls and two in Casper, Wyoming.

During the first five days of opening, Jersey Mike's will accept donations for the Black Hills Works Foundation. A $2 donation could result in a free regular sub.

The location will open on Eglin Street in Rushmore Crossing near the Dollar Store. The store will seat 20 and be open from 10 a.m. to 9 p.m. Monday through Sunday. The address is Suite 120 at 1745 Eglin St.

Dominic Miller, a manager in training for Jersey Mike's, cleans the door and windows Tuesday.