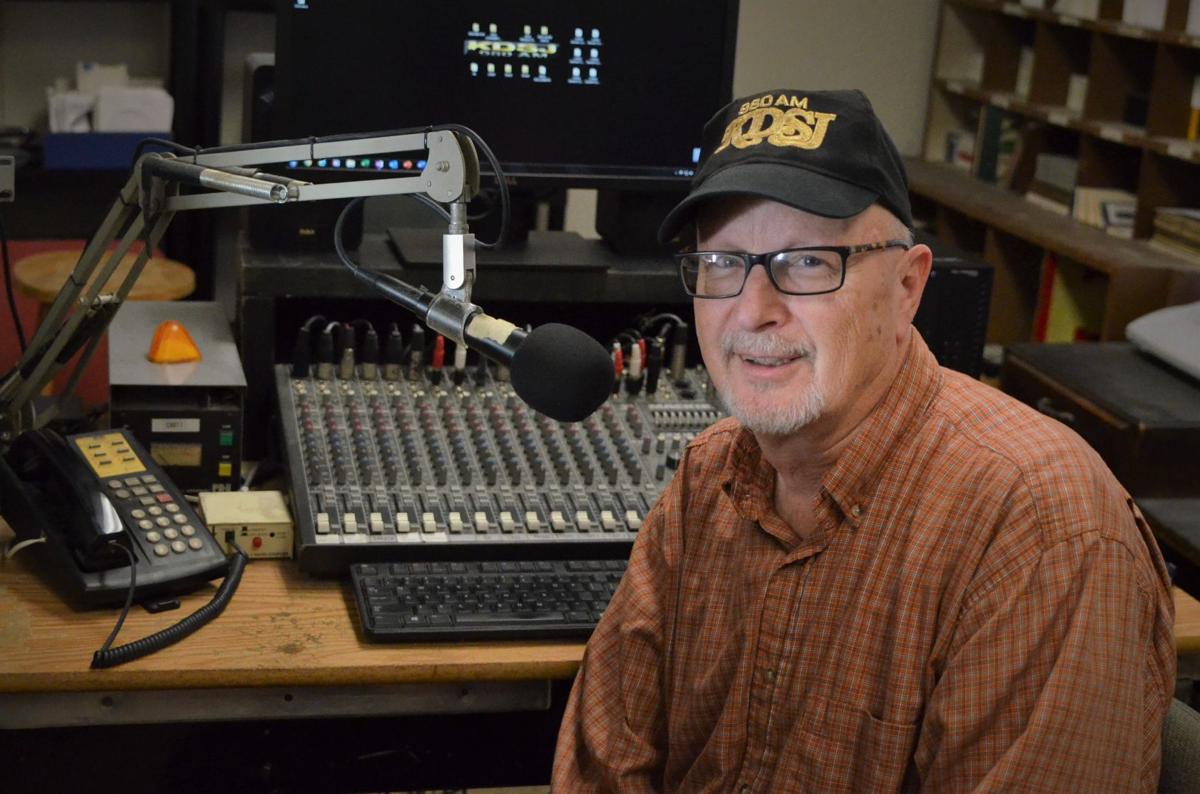 Al Decker's final day behind the microphone at his KDSJ radio station came on Nov. 26. Decker, 66, sold the station and has retired. 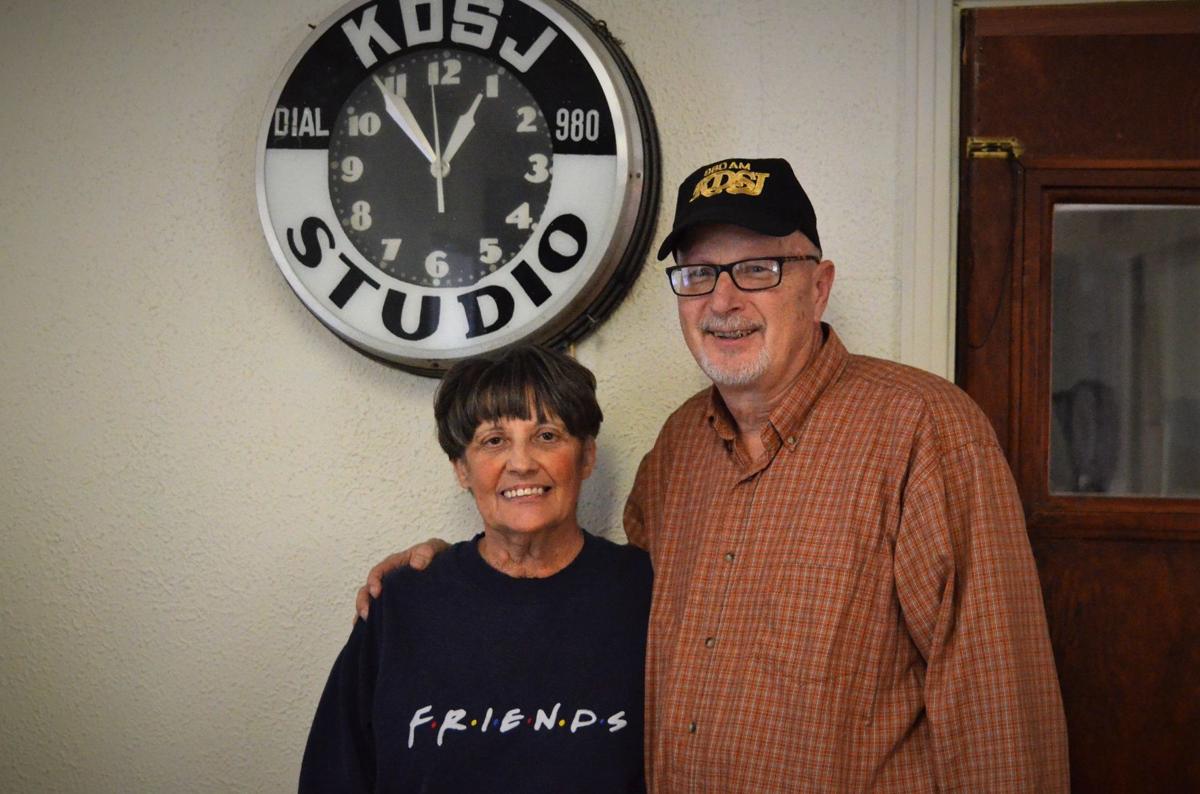 Al Decker and his wife, Jeanne, have owned KDSJ AM 980 in Deadwood since 1982. They have retired and sold the station to Loren and Renee Maier of Lead and their son Pace of North Dakota. 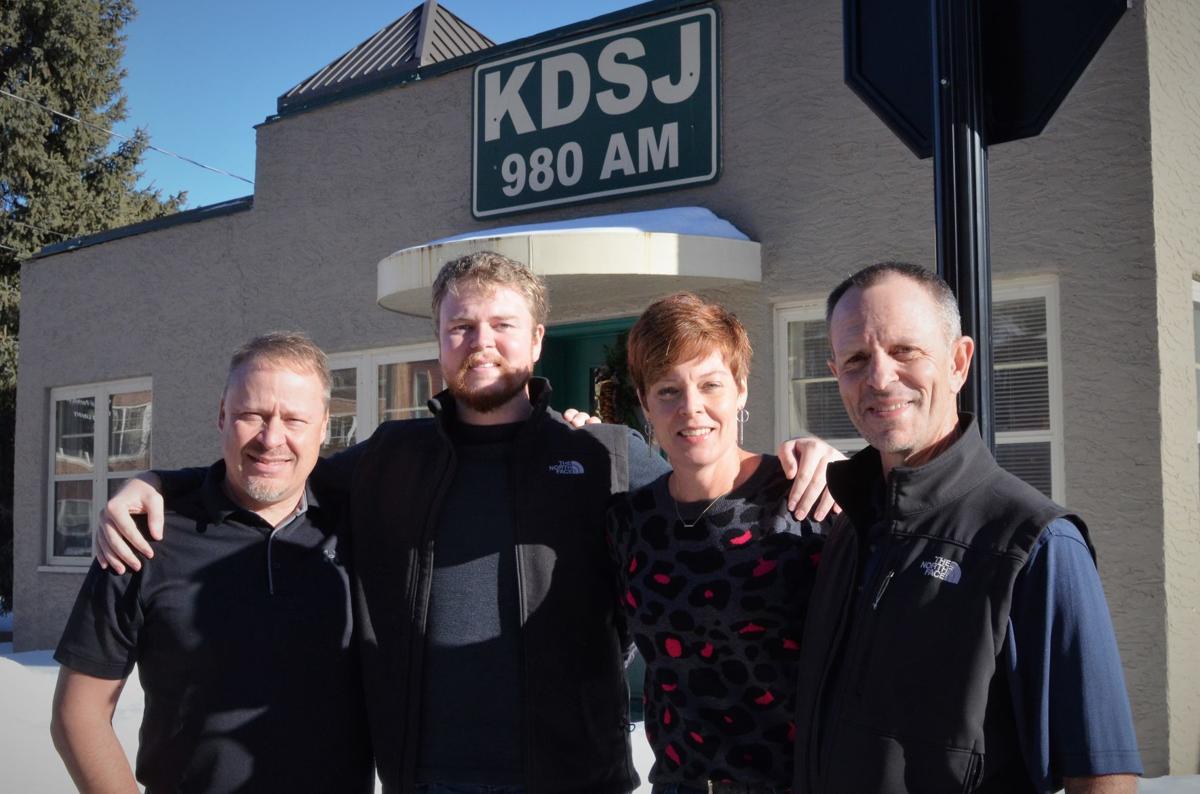 DEADWOOD | History is both changing and repeating itself at KDSJ Radio, beacon of the AM airwaves for Deadwood and the Northern Black Hills for more than 70 years.

Station owner Al Decker, 66, announced his retirement at the start of his morning show on Monday, Nov. 25.

His last day on the air the following day turned into an emotional farewell, surrounded by his wife, Jeanne, and some of their children and grandchildren as he wrapped up a 48-year broadcasting career, including 37 years at the microphone at KDSJ.

“It's time to move on, start watching our grandkids and do a little more traveling and just retire,” said Decker.

Travel indeed beckons, but Al and Jeanne, the station's bookkeeper, will hang around for the next few weeks to help the transition to KDSJ’s new owners, Loren and Renee Maier of Lead, and their son, Pace.

In one parallel of fate, Pace, who is moving from North Dakota to serve as the station’s co-owner and general manager, is the same age — 29 — as Decker when he purchased KDSJ from Harry and Eli Daniels in July of 1982.

Decker’s broadcast journey began in 1971, upon the advice of a high school speech teacher, who noted his “gift for gab,” encouraging him to consider a radio career.

After graduation, he attended broadcast school in Kansas City, then returned to eastern South Dakota, first landing a part-time job at a station in Madison, then getting on full-time at KIJV in Huron.

He rose through the ranks, first as announcer, then working in sales, and eventually becoming station manager.

After 11 years in Huron, Decker decided to partner with two others looking to buy their own station in the western part of the state.

He telephoned every West River station he could find until KDSJ founder Harry Daniels answered.

“He said, ‘yeah, it might be for sale,’” Decker recalled.

Decker eventually bought out both of his original partners, with he and Jeanne, his high school sweetheart from Emery, owning and operating the station with an emphasis since Day 1 on live, local coverage of Deadwood and the Black Hills.

Decker and KDSJ are known for coverage of Northern Hills high school and Black Hills State University sports, including morning interviews with area coaches along with live play-by-play broadcasts.

The National Sports Media Association recognized Decker's dedication to local athletics with three South Dakota Sportscaster of the Year awards in 2003, 2009 and 2018.

He has also earned the South Dakota High School Activities Association's Distinguished Service Award and was inducted into the Spearfish and Huron High School Halls of Fame.

KDSJ was also inducted into the South Dakota Rock & Roll Hall of Fame in Sioux Falls.

Although he hesitates to pick out singular memories, sports highlights include rivalry games and multiple-overtime clashes between Northern Hills high schools, along with daily reports from state track meets, wrestling and volleyball tournaments.

He followed the Black Hills State women’s basketball team’s journey to a runner-up finish in the 1997 NAIA Division II national tournament in Indiana.

Alex, now a student at BHSU, joined his grandfather in the booth doing football and basketball broadcasts this last year.

After the Sept. 11, 2001 terrorist attacks on the East Coast, Decker pre-empted all local programming on KDSJ, running only special reports and tributes to 9/11 victims for several days.

He did the same thing when the June 2002 Grizzly Gulch wildfire forced evacuations of Deadwood, Lead and Central City.

“KDSJ carried nothing but reports from local officials for a couple of weeks,” Decker recalled.

His most difficult days, however, were those of personal loss.

He recalls the day in 1992 when his father died on Father’s Day while attending a granddaughter's wedding in the Black Hills.

Decker gamely went on the air the next morning and delivered a heartfelt tribute to his late father.

“Friends told me they had to stop their cars and pull off the road because they got so emotional,” he said.

He also soldiered on after the loss of a brother to cancer in 1991 and again after the death of a grandson to Sudden Infant Death Syndrome in 2007.

“Those days were hard,” he said.

Decker said he'll miss the listeners, who grew to enjoy "Uncle Al's Worst of the Week" one-liner jokes in the mornings, along with "Uncle Al's Oldies Hour" music program.

What he won't miss, however, is getting up at 4 a.m. and "being one of the first vehicles on snow-covered roads before the plows go out," he said.

Pace Maier knows he has big shoes to fill as KDSJ's new general manager. Most recently the North Dakota State University graduate lived in Fargo, where he covered sports both for newspapers and as a radio color commentator for NDSU Bison games.

“I love talking to people and interviewing people,” said Maier, who for now is taking over an evening shift on the air. “I love Deadwood and South Dakota.”

Maier foresees only a few changes, primarily with increasing the station’s social media presence but still keeping the broadcast live and local.

“You’ve got to go and dream about what this could be. You have to take it one day at a time, one step at a time,” said Maier, who has been working with program director Ryan Reider and news director Cody Oliver.

"Al and Jeanne have been great," Maier said. "So have Ryan and Cody."

Also part of the team is Scott Jensen of Sturgis, who came aboard in October when longtime sales manager Dwight Wagner retired. Jensen is set to become a co-owner in the station.

“We’re here to have fun and keep the listeners happy,” said Jensen, well-known around the area as an event announcer.

“That’s the main reason we’re here, to continue what the Deckers have done, a great job,” he said.

Al Decker's final day behind the microphone at his KDSJ radio station came on Nov. 26. Decker, 66, sold the station and has retired.

Al Decker and his wife, Jeanne, have owned KDSJ AM 980 in Deadwood since 1982. They have retired and sold the station to Loren and Renee Maier of Lead and their son Pace of North Dakota.