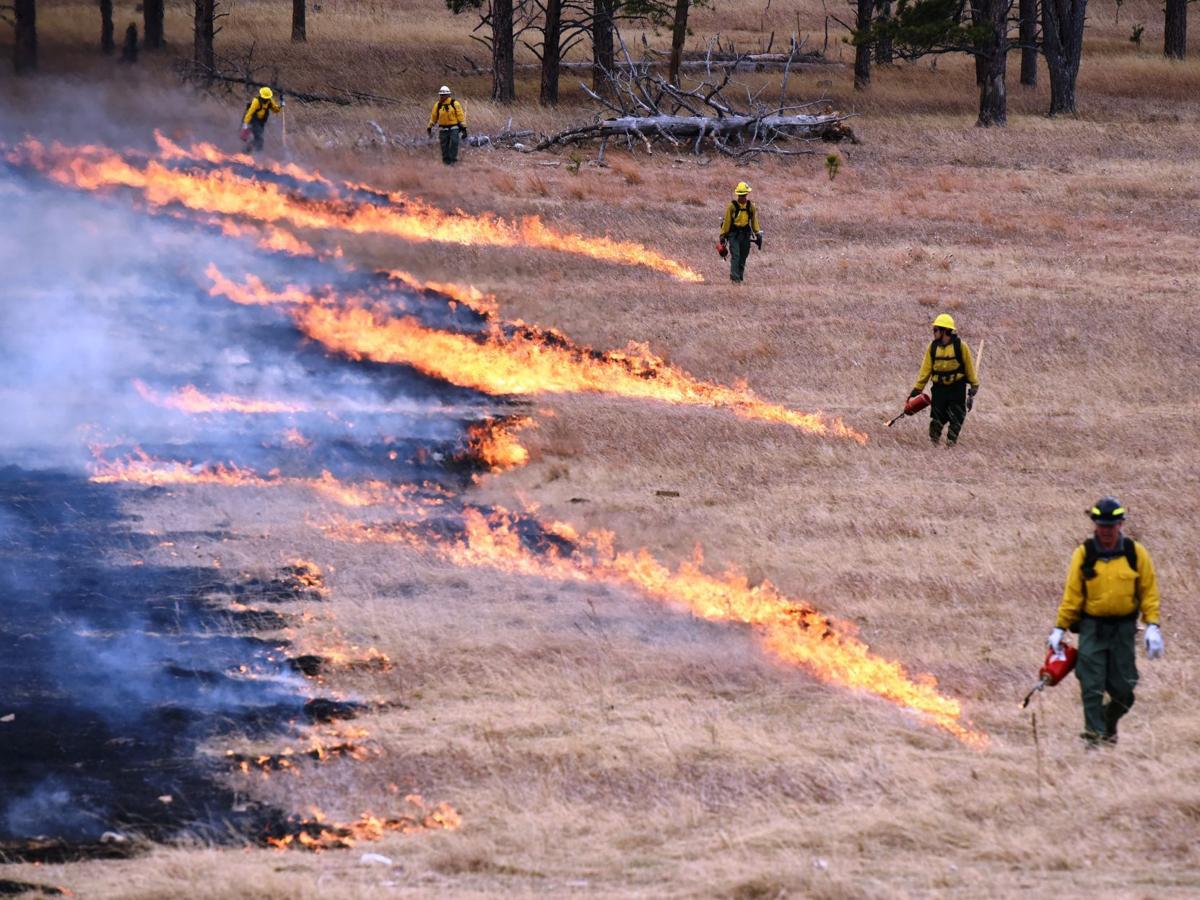 Firefighters use drip-torches to start burnouts along the Wildlife Loop Road just south of the State Game Lodge in Custer State Park on the Legion Lake Fire. 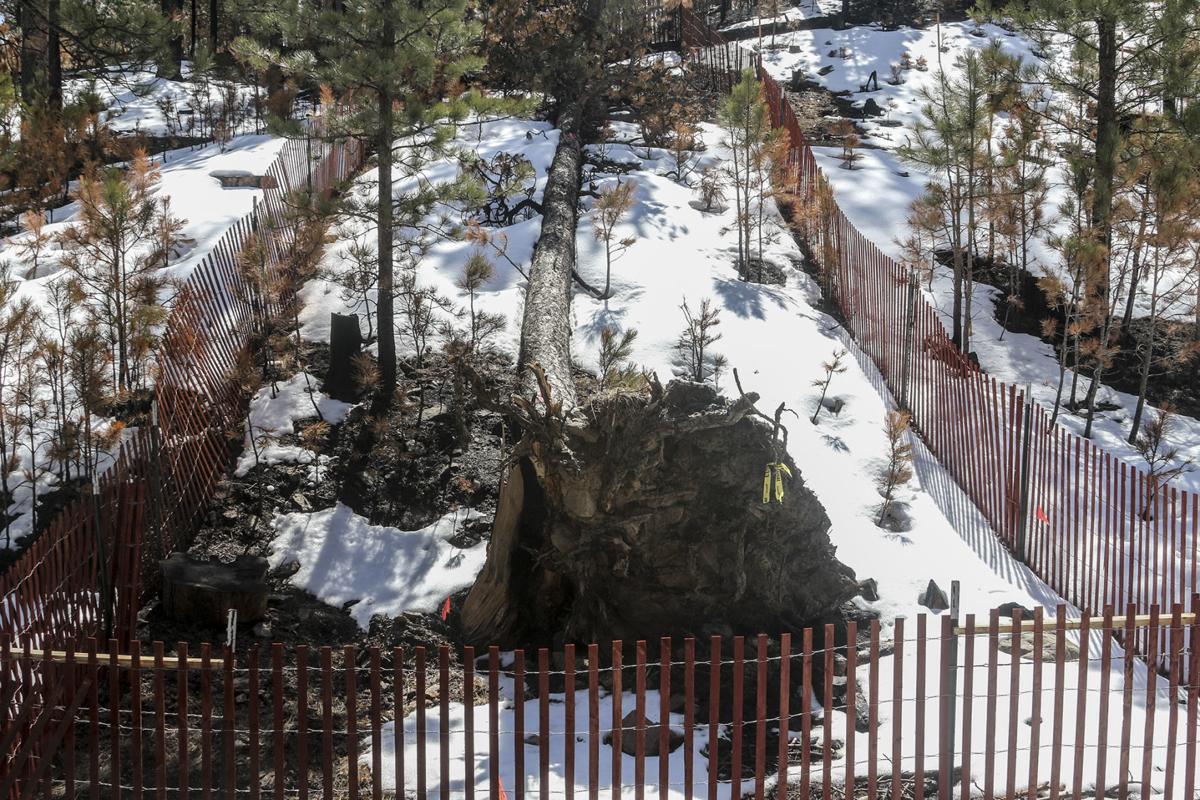 This tree fell onto overhead electrical lines in Custer State Park in December, starting the Legion Lake Fire. For months afterward, the tree remained where it fell, surrounded by a fence.

A lawsuit filed Friday in Custer County against Black Hills Power claims last December's Legion Lake Fire was the result, in part, of the severing of a ponderosa pine's roots for an underground utility trench.

A group of Black Hills landowners say it was the negligence of Black Hills Power and a telephone company, Hanson Communications of Willmar, Minn., and its subsidiary, Randall Telephone Company of Wagner, for failing to use proper care around the root system of a large tree within Custer State Park that led to the third-largest wildland fire in Black Hills recorded history.

In the lawsuit filed last week, however, plaintiffs go further, alleging that a subsequent investigation of the "soil root plate," or the tree's undergrowth, shows the subject tree's roots were severed when companies dug a trench used to carry a telecommunications line. Left weakened, the tree was later toppled on the morning of Dec. 11 in high winds, according to the lawsuit.

"Upon investigation, it was discovered that the root system was cut when a utility trench was dug adjacent to the tree, causing the tree's soil root plate to be severely damaged, rendering it vulnerable to toppling," the lawsuit says.

Belle Fourche attorney Kenneth Barker, on behalf of the plaintiffs, alleges in documents filed in the Seventh Judicial Circuit Court that the fire which harmed his clients was further caused by the "nuisance" and "trespass" of defendants. The lawsuit argues "industry standard" demanded the companies perform a "tree risk assessment" for withered trees and also should've removed or trimmed the tree to a height "so that it was not capable of striking BHE's powerline."

The December fire, which burned for a week, spread from the state park into Wind Cave National Park and onto private property, consuming more than 55,000 acres of mixed forest and grassland. The state of South Dakota is not named as a defendant.

A spokeswoman for Black Hills Corporation, parent company of Black Hills Energy, cited pending litigation and declined to comment on the lawsuit. She referred to a statement sent earlier this year for a Journal investigation into the fire.

“Black Hills Energy has a proactive vegetation management program that meets industry standards and accounts for all applicable state laws and regulations,” that statement said. “We monitor all right-of-way clearances via aerial or ground patrol. Our priority is to provide safe and reliable energy to serve our customers by minimizing tree-related outages in a manner that maintains our commitment to be a good steward of natural resources.”

Barker, attorney for the plaintiffs, did not reply to a request-for-comment left with his office by deadline.

The lawsuit asks for unspecified damages, noting the loss of real estate, agricultural value of the land, and the "loss of aesthetics."

Today marks the one-year anniversary since The Legion Lake fire, which started on Dec. 11, 2017 and burned 84 square miles before its containm…

PHOTOS: One year since the Legion Lake fire in Custer State Park, day 2

Tuesday marks the one-year anniversary of the start of the Legion Lake fire, the third-largest wildfire in recorded Black Hills history. It be…

Man sentenced for burning down a home in Pine Ridge

Despite the weather, Buffalo roundup goes off without a hitch

An electrical issue caused a small fire that led to the power outage Sunday night that briefly left about 4,000 Rapid City residents without power.

Firefighters use drip-torches to start burnouts along the Wildlife Loop Road just south of the State Game Lodge in Custer State Park on the Legion Lake Fire.

This tree fell onto overhead electrical lines in Custer State Park in December, starting the Legion Lake Fire. For months afterward, the tree remained where it fell, surrounded by a fence.