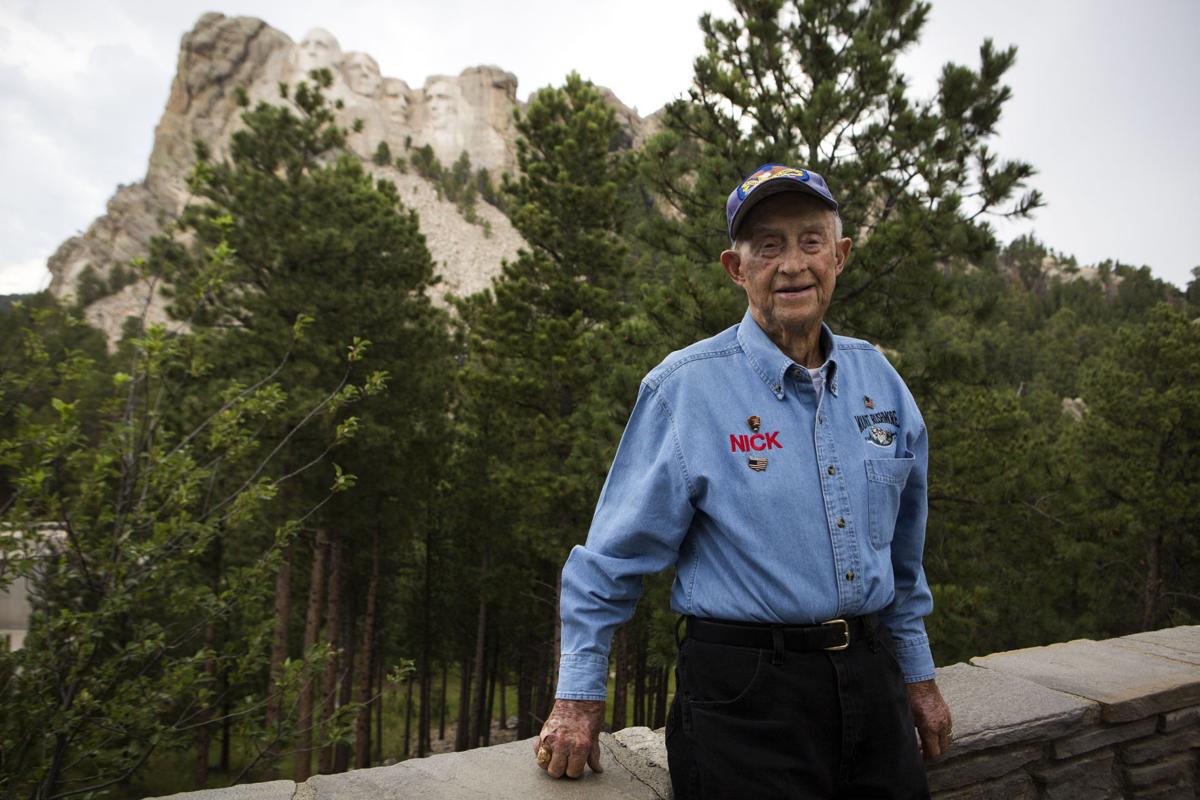 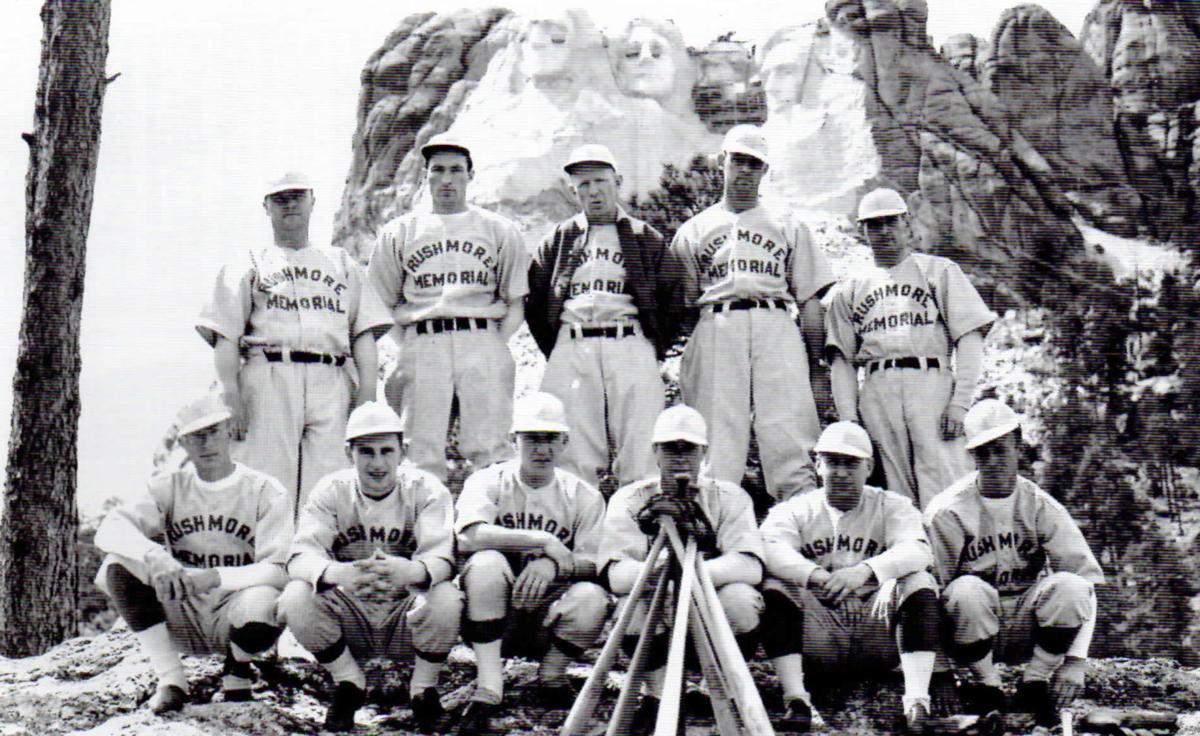 Donald "Nick" Clifford, pictured here on the bottom row on the far right, was on the Mount Rushmore National Memorial baseball team. He played pitcher and right field. 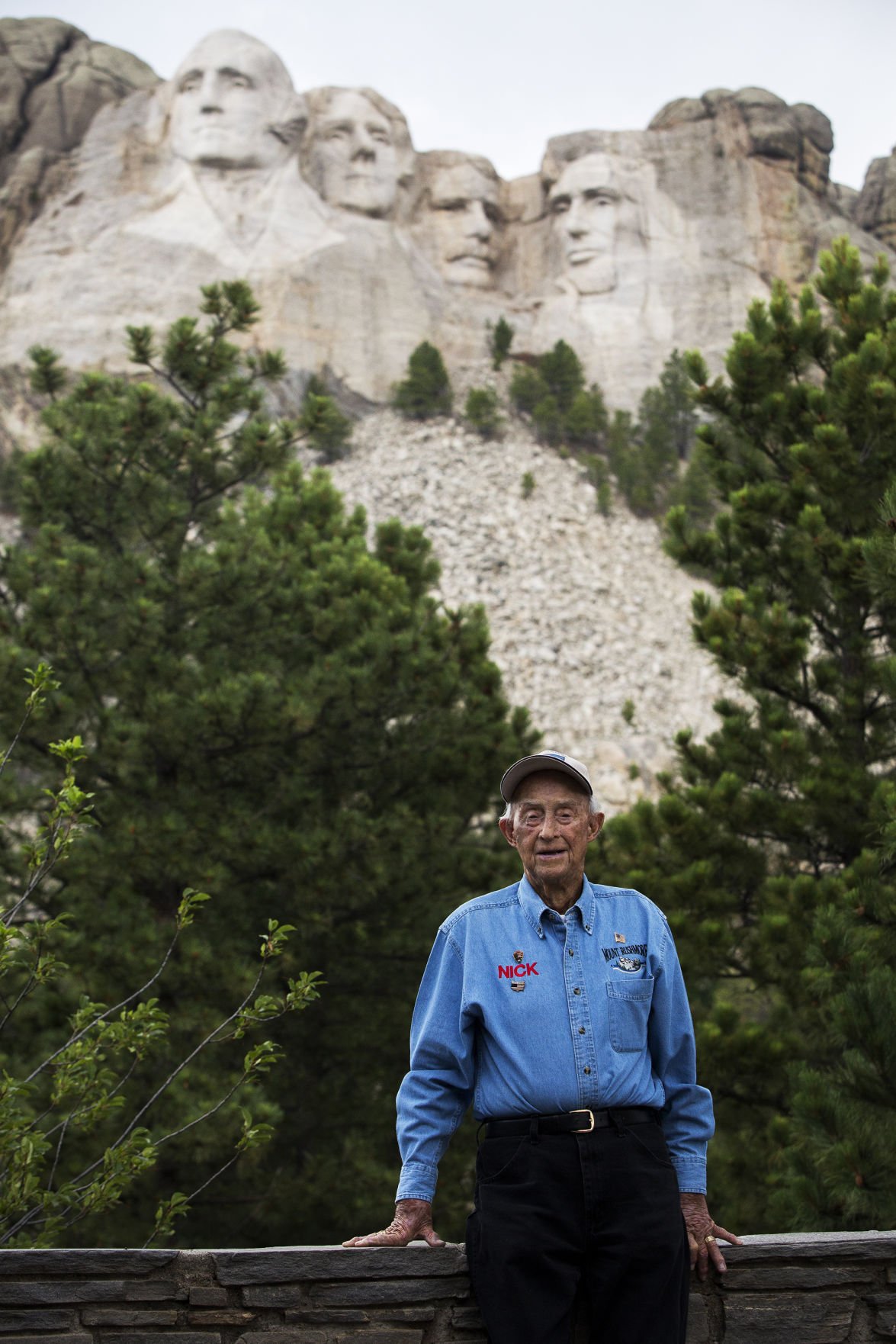 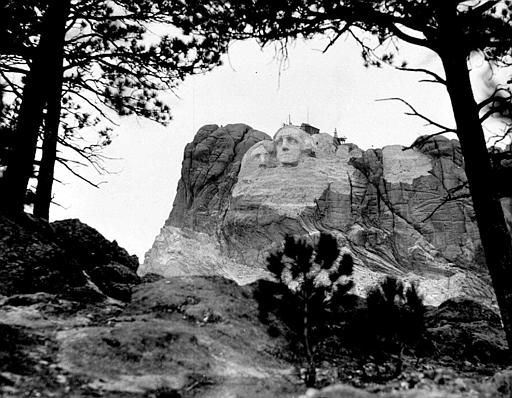 This is a May 2, 1933, photo of the carved face of U.S. president George Washington on Mount Rushmore National Memorial.

The cane has slowed his gait a bit and he hasn’t thrown a fastball in years, but the wily smile remains firmly on his aging face as Don “Nick” Clifford remembers those hallowed times three quarters of a century ago when he and a rag-tag collection of drill-dusty miners helped create one of the wonders of the modern world.

As he celebrated his 95th birthday earlier this year, Nick Clifford is truly The Last Man Standing.

Nearly 400 men, and a few women, helped famed sculptor Gutzon Borglum tell America’s story in stone through the four giant granite portraits on Mount Rushmore National Memorial. Frequently stalled by a lack of funds and inclement weather, they drilled, blasted and chiseled a pine-clad outcropping in the remote Black Hills of South Dakota into what President Franklin D. Roosevelt would call “America’s Shrine of Democracy.”

Today, Clifford is the lone man alive from that close-knit crew.

Still spry and clever even after nine and a half decades of living, Clifford was the youngest man ever hired to work at Mount Rushmore, and not because he knew anything about carving a mountain.

At 17, Clifford was already a veteran baseball pitcher and right fielder. In 1938, Borglum and his son, Lincoln, a fanatical baseball fan, decided they wanted to field a team. And, as long as they were hiring men, they thought they might as well hire some proficient ballplayers.

Clifford helped that Rushmore team to a winning record that summer, and everyone involved looked forward to the state tournament in Aberdeen, when teams representing towns large and small would take to the diamond and attempt to bat, steal and slide their way into state sports history.

“Mr. Borglum,” the only way a still-respectful Clifford has described his former boss in the last 75 years, drove to Aberdeen to watch the games. Well, he didn’t really drive, Clifford recalled. Borglum always had a chauffeured Cadillac convertible.

Tied at zero in the 10th inning against Brookings, Clifford came to bat with one teammate on base. He hit a triple, scoring one run, then scored himself on a passed ball. Rushmore won the match 2-0.

“That night Mr. Borglum sponsored a dinner and the guys were all celebrating,” Clifford remembered. “Of course, the next day we lost the championship game because we all did quite a bit of celebrating.”

Clifford’s disappointment was mitigated somewhat when Lincoln got him permission to ride back to the Black Hills in his father’s chauffeured luxury car.

“He didn’t talk much, but he did buy lunch,” Clifford said.

As the greenhorn of the Rushmore crew, Clifford, who made 55 cents per hour, was often the subject of pranks from his older workmates.

“They were a great bunch of guys, but I was the youngest, so they were always playing jokes on me,” he said. Clifford recalled getting off work one day and finding his first car — a 1926 Chevy — atop a massive sand pile.

“Nobody helped me,” he said. “I had to shovel all the sand away to get my car off the pile.”

When Borglum added a cable car from a platform near the Sculptor’s Studio to the top of Theodore Roosevelt’s head, initially to haul all the steel bits and dynamite used in the carving, the workers soon began riding it to avoid having to climb 746 steps to work each day.

After being promoted to winchman on top of the mountain, Clifford was waiting for the tram one morning when his co-workers bear-hugged him while several others nailed his boots to the wooden platform. As he watched them ride away, laughing, Borglum arrived on-site.

Clifford thought he was doomed.

The temperamental sculptor was known for firing workers for looking at him wrong (he reportedly terminated his personal secretary 12 times, only to send his son, Lincoln, to hire her back each time after he had cooled down), a tendency to which Clifford was keenly aware.

So, the then-18-year-old Clifford did the first thing he could muster, put one elbow in his hand and put the other hand to his chin and stood there, as if contemplating the colossal mountain carving. Borglum walked by, muttering “Mr. Clifford,” to which the young man responded, “Mr. Borglum.”

But Clifford wasn’t above performing his own practical jokes and, in a humorous act of revenge, he sneaked down from the mountain early that same day and found all of the workers’ empty lunchboxes lined up on the tram’s platform awaiting their rightful owners.

As the Rushmore crew raced down from the summit after the 4 o’clock whistle, eager to see who could be the first with a cold beer in front of him in a Keystone tavern, they grabbed their lunchpails and pulled the handles clean off. Their young apprentice had nailed each of them to the same platform to which they had firmly affixed his boots earlier in the day.

Beyond the practical jokes, Clifford said he and each of the Rushmore crew came to adopt the same dream that Borglum had of creating a mountain memorial that symbolized in stone the spirit of a nation.

“At the time, of course, it was just a job,” he said. “You went up there, went to work, did your job and didn’t think much about it. You might have thought, 'Would it ever be completed one day?’

“But, the more you worked, the more familiar you became with your job, the more important the project became to each of us. That’s why we came back every year. We became attached to the mountain more and more every year, to Mr. Borglum and to Lincoln.”

Cognizant that he is in the twilight of his life, and the last of those men who knew what it was like to help transform a craggy cliff into one of the most recognizable icons on the planet, Clifford hopes he is remembered as a man who overcame challenges in his youth and worked hard to sustain himself and his family, all while maintaining a sense of integrity that will follow him to the grave.

“I feel like Mount Rushmore was the greatest thing with which I was ever involved,” he said. “It tells a story that will never go away — the story of how America was made and the men who helped make it what it is today."

Donald "Nick" Clifford, pictured here on the bottom row on the far right, was on the Mount Rushmore National Memorial baseball team. He played pitcher and right field.

This is a May 2, 1933, photo of the carved face of U.S. president George Washington on Mount Rushmore National Memorial.