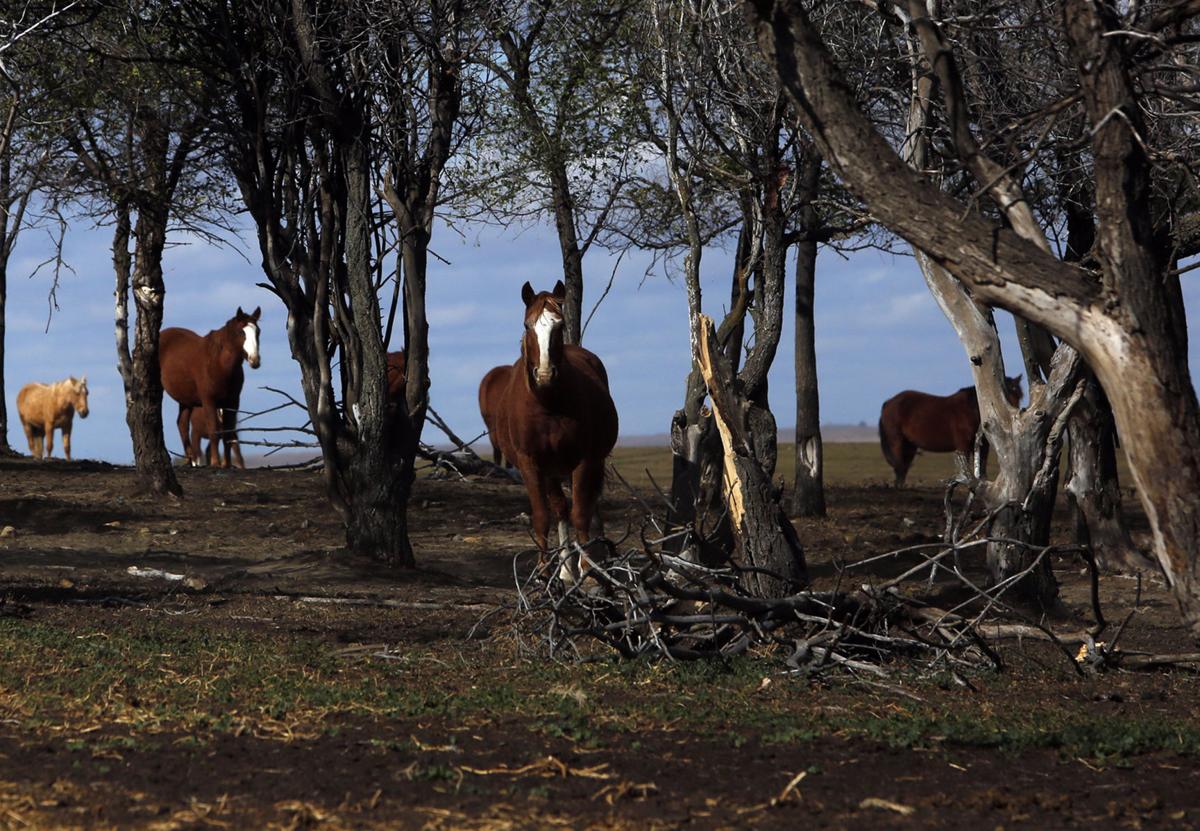 Horses at the International Society for the Protection of Mustangs and Burros ranch near Lantry stand in a field in early October. 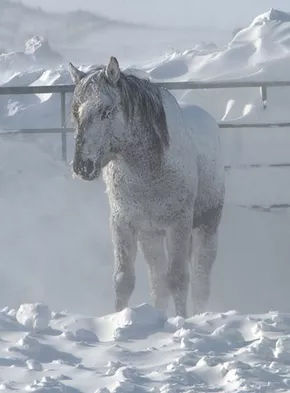 A horse stands in a blizzard at the ISPMB ranch near Lantry.

DUPREE | State and local authorities have filed a motion to permanently remove hundreds of wild horses from a troubled north-central South Dakota sanctuary, and lawyers on both sides of the case will make arguments to a judge later this month.

The motion, filed Thursday at the Ziebach County Courthouse in Dupree, seeks to transfer ownership of the horses to “a suitable caretaker.” The motion does not name the caretaker, but a pair of nonprofit organizations said in a joint release Friday evening that they would assume the role.

They are Fleet of Angels, a North American network of trailer owners that provides emergency assistance and transportation to at-risk horses, and Habitat for Horses, a rescue group based in Texas.

If a judge approves the transfer of ownership, the two groups said, they will attempt to place the horses in safe homes, including sanctuaries and rescue organizations. Another group, California-based Return to Freedom, would assist with the adoptions.

“This would be one of the largest known equine rescue and adoption efforts in U.S. history,” the release stated.

An estimated 540 horses remain at the small, overgrazed ranch of the International Society for the Protection of Mustangs and Burros (ISPMB) near Lantry, where 810 horses were impounded by state and local authorities in October following a finding of neglect by a state-employed veterinarian. Fleet of Angels already has overseen the adoption of 270 of the horses, the organization reported.

According to the nonprofit groups that want to assume ownership of the horses, The Humane Society of the United States and other donors have contributed to a fund that will cover the counties’ remaining costs if the transfer of ownership is approved.

Ongoing costs to feed, care for and treat the 540 wild horses impounded in north-central South Dakota will be an estimated $40,000 per month, according to the nonprofit groups who want to assume ownership of the horses and find new homes for them.

The groups are encouraging donations to the Wild Horse and Burro Sanctuary Alliance, either online at wildhorsesanctuaryalliance.org or by mail to The Animals Voice, 1692 Mangrove Ave. #276, Chico, CA 95926.

Anyone interested in adopting a horse or horses is encouraged to contact Fleet of Angels by email at HoldYourHorses@aol.com or go to the ISPMB Horses/Emergency Adoption Mission page on Facebook.

Trillions of cicadas about to emerge

From Salvation to Starvation: A three-part Journal special report

When allegations of starving wild horses surfaced at a sanctuary in remote north-central South Dakota, it seemed like a stunning and sudden fa…

Horses at the International Society for the Protection of Mustangs and Burros ranch near Lantry stand in a field in early October.

A horse stands in a blizzard at the ISPMB ranch near Lantry.