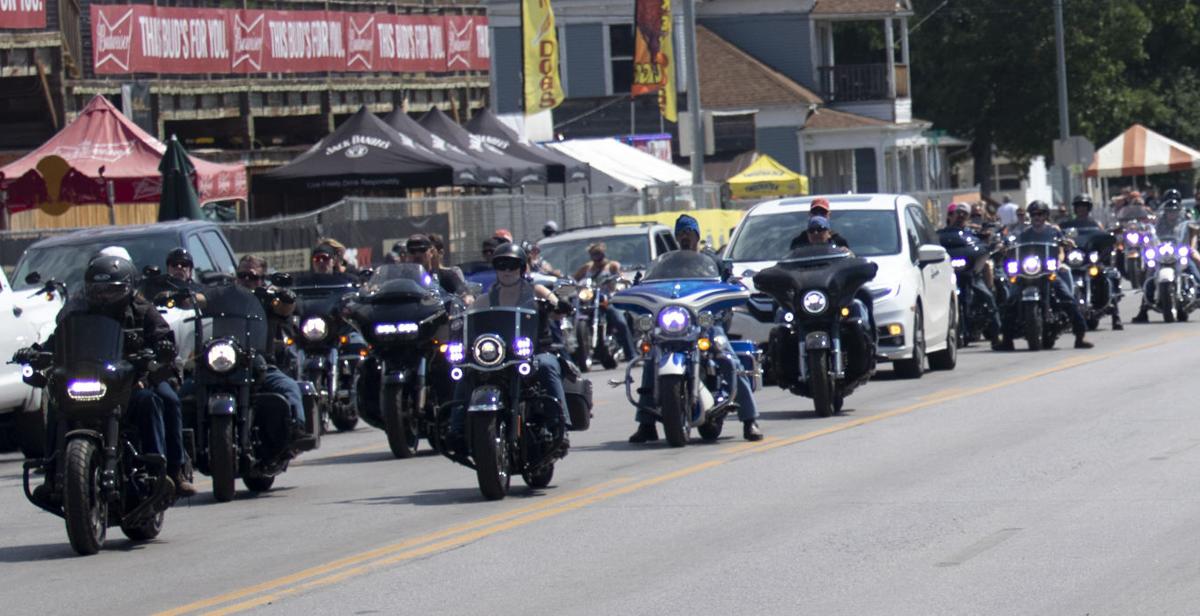 Bikers ride down Lazelle Street in Sturgis on Thursday. 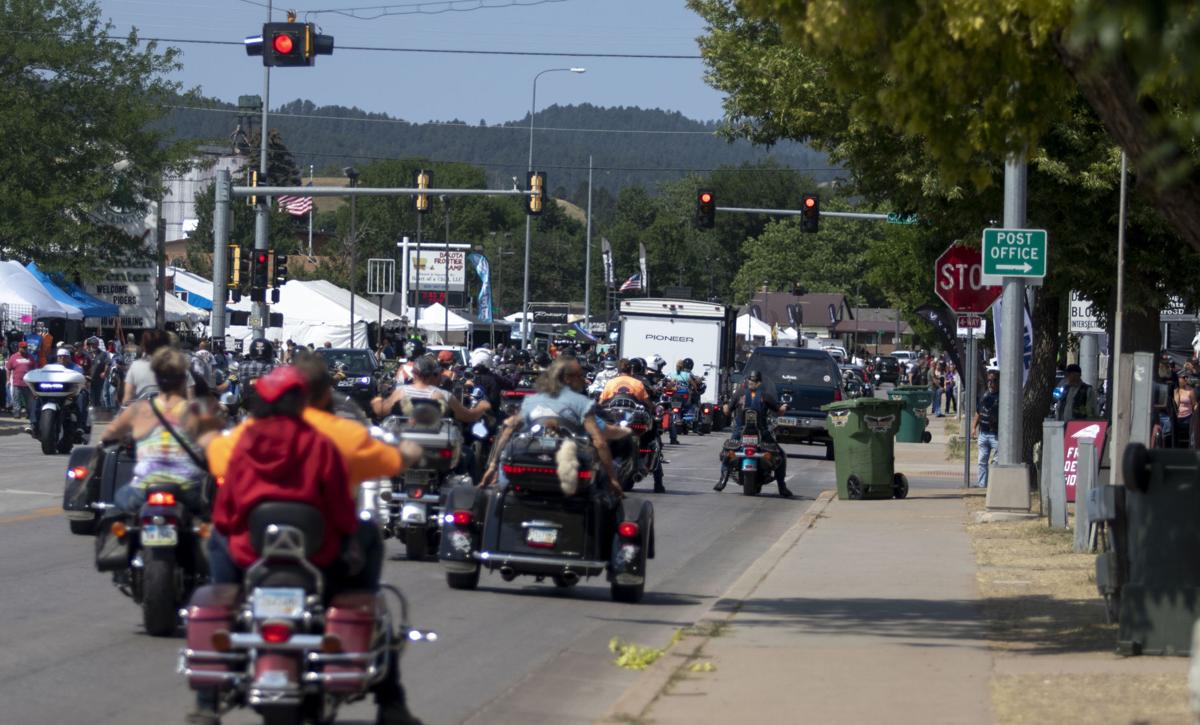 Traffic backs up at a stoplight on Lazelle Street in Sturgis during the 2021 Sturgis Motorcycle Rally. 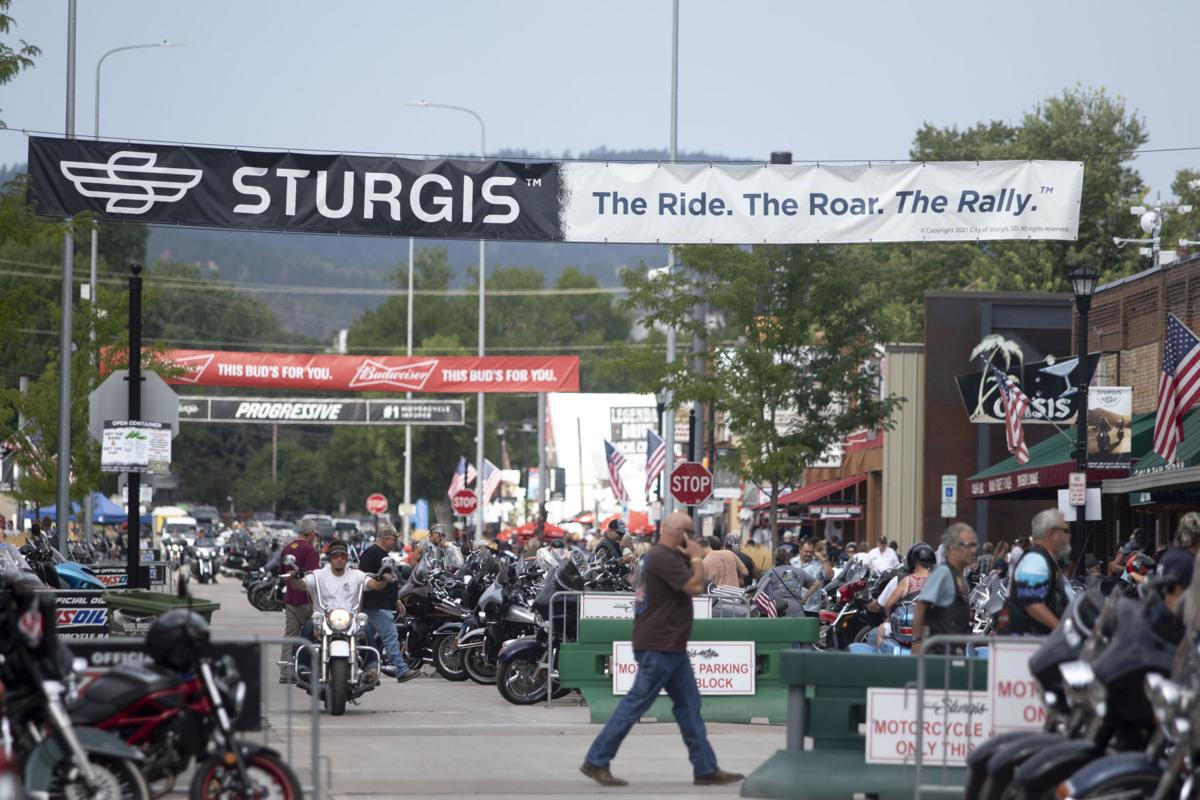 Downtown Sturgis remained packed with bikers and rallygoers on Thursday. 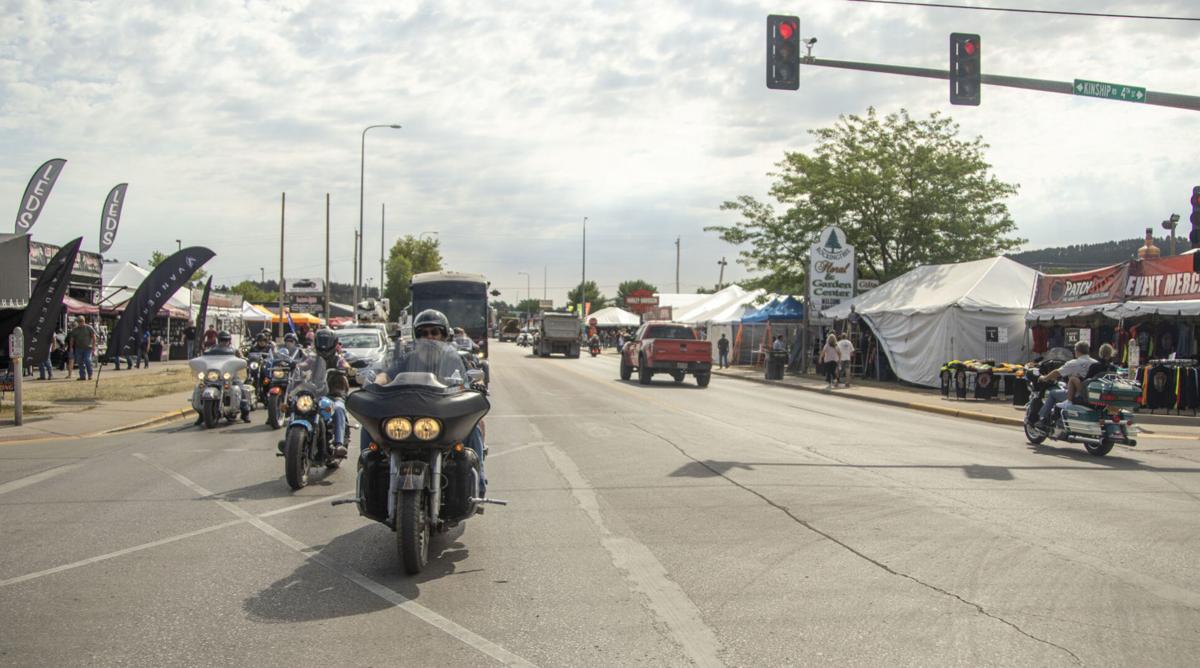 Bikers cruised through Sturgis on Thursday.

The 81st Sturgis motorcycle rally is winding down, and with the rally's end comes the final law enforcement briefing of the 10-day event on Friday.

As of 6 a.m. Friday, Sturgis police officers had responded to 24 vehicle accidents, including three resulting in injuries, 26 calls for fights, disturbances and assaults, three thefts or burglaries, 20 reports of an unwanted or intoxicated person and 16 domestic disturbances.

Police Chief Geody VanDewater said traffic enforcement for many of his officers took a back seat to enforcing the new open-container ordinance. Officers issued 1,450 verbal warnings this year.

Meade County Sheriff Ron Merwin said calls for service continued to be higher than the previous year, 569 versus 478, but tickets written by deputies were down 114 to 102.

“Generally, we’ve been out on other calls, so we haven’t done much traffic,” Merwin said.

“We do traffic in between calls to the campgrounds and for the public.”

A total of 240 bookings were made at the Meade County Jail as of 6 a.m. Friday. That compares to 278 last year.

“That’s about average, about the same as we have every year,” Merwin said.

Merwin reported no bookings from the South Dakota Department of Criminal Investigation or the federal Immigration and Customs Enforcement through this year’s rally.

Final police and sheriff’s office rally statistics will be released next week.

The city issued 785 temporary vendor licenses as of Friday morning, up significantly over the 636 issued in 2019, what city public information officer Christina Steele called the most previous normal year for vendors.

This year’s number is not likely to change, she said, in a release.

The final official event of the rally is Saturday’s first-ever closing ceremonies. Daredevil motorcycle jumper Cole Freeman will attempt a 80- to 100-foot jump over Main Street near the Harley-Davidson Rally Point at 2 p.m.

Bikers ride down Lazelle Street in Sturgis on Thursday.

Traffic backs up at a stoplight on Lazelle Street in Sturgis during the 2021 Sturgis Motorcycle Rally.

Downtown Sturgis remained packed with bikers and rallygoers on Thursday.

Bikers cruised through Sturgis on Thursday.