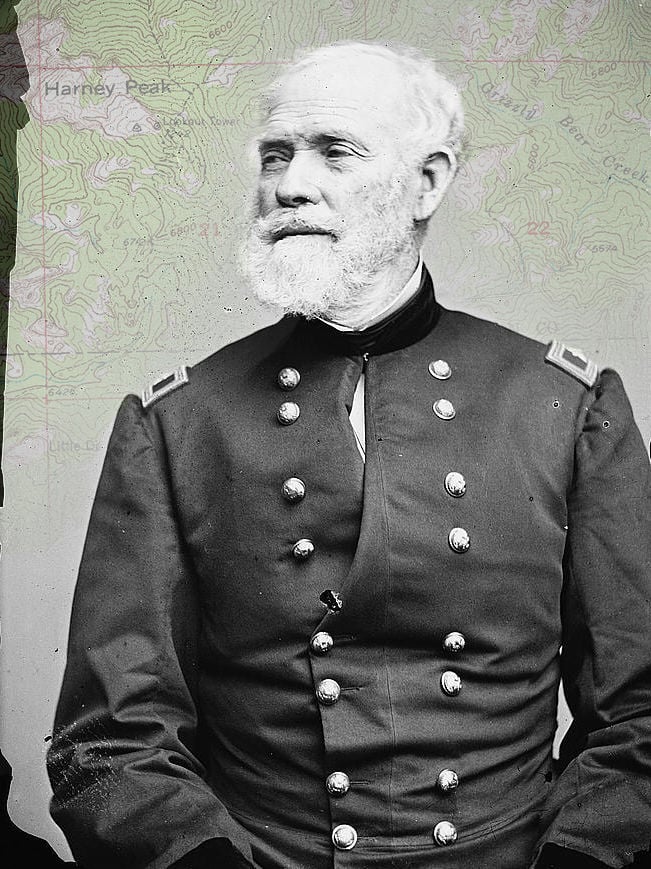 Gen. William S. Harney served in the military from Florida to the Pacific Northwest and is the namesake for the highest point in South Dakota. But perhaps not for long, as the name may be changed. 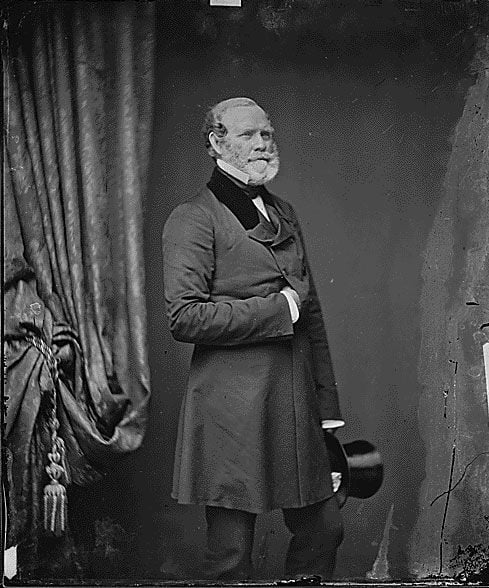 Gen. William S. Harney became the namesake of Harney Peak in 1857. He led troops in military campaigns across the United States. The peak's name may soon be changed. 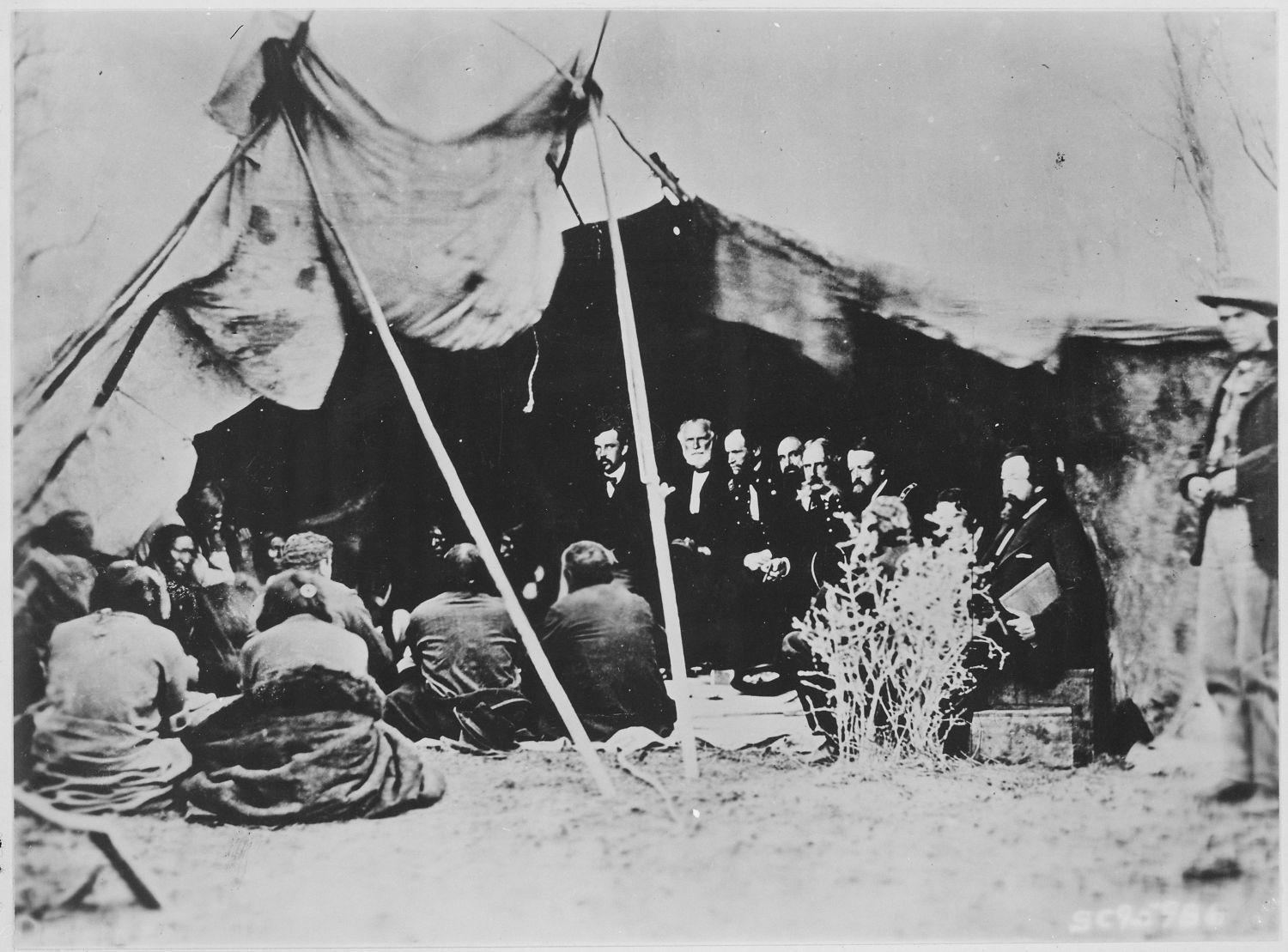 William S. Harney, the namesake of Harney Peak, was court-martialed four times during his Army career, and a meeting Monday in South Dakota’s capital city could be akin to a fifth.

Officially, the South Dakota Board on Geographic Names is scheduled to vote on a final recommendation to the U.S. Board on Geographic Names regarding the renaming of South Dakota’s tallest point, Harney Peak, to “Hinhan Kaga (Making of Owls).” The meeting will begin at 1:30 p.m. Central Time in the Commission Room of the Becker-Hansen Building at 700 E. Broadway Ave. in Pierre.

Unofficially, the board will sit as judge and jury in what amounts to a prosecution of the legacy of Harney, who was one of the longest-serving and most famous American military commanders of the 1800s. Yet few modern people know the details of Harney’s life.

During verbal and written testimony on the name-change proposal from hundreds of South Dakotans, many descriptions of Harney have been oversimplified. He’s been characterized as a vicious killer of Native American women and children, or conversely, a loyal and successful soldier.

Notably absent from the debate has been the research by the man who is probably the nation’s foremost Harney expert. That person is George Rollie Adams, who in 2001 authored the only modern biography of Harney, titled “General William S. Harney: Prince of Dragoons” and published by the University of Nebraska Press. Adams has declined interview requests from the Journal and has supplied only a short, written statement that is neutral on the name-change proposal.

Meanwhile, his 389-page book contains plenty of fodder for people on both sides of the name-change debate. It acknowledges the truth of some stereotypical descriptions of Harney as a hot-headed fighter, but also provides what the author argues for: “a better, fuller, more nuanced portrait that is at once harder in judgment and more generous in assessment.”

Recent criticism of Harney by Native American Sioux centers on his commanding role in the 1855 Battle of Ash Hollow in present-day Nebraska. Harney led a force of 600 troops that killed 86 Sioux people, including some women and children. The attack was intended as punitive retaliation for the Sioux killing of 30 soldiers and a civilian interpreter in the so-called Grattan Fight the previous year.

“Although Washington officials who ordered the punitive expedition must share blame for the slaughter, Harney carried out the assignment with uncommon ferocity and vindictiveness,” Adams wrote.

At the time, many whites lauded Harney as an effective protector of settlers and traders streaming across the Great Plains. Native Americans, of course, viewed him much differently and continued to clash with him and his troops.

Yet in later years, according to Adams, Harney’s battlefield prowess and commanding aura in treaty talks earned him “a grudging respect” from Native Americans. In retirement, Harney was appointed to a Peace Commission that produced the Fort Laramie Treaty of 1868, which confined Sioux tribes to a reservation that was roughly comprised of South Dakota’s entire modern-day West River region. During the treaty talks, Harney's presence was viewed as key to the acquiescence of Native Americans, some of whom spoke of him in reverent tones, Adams writes.

Afterward, Harney briefly oversaw the Great Sioux Reservation for the Army and zealously worked to honor the treaty promises made to the tribes, to the point that he overspent his budget by $700,000. Adams cited a letter from Harney to a superior about the overspending in which Harney wrote, “You are well aware of the great sympathy Entertained by myself for the Indians and how anxious I am to see them comfortably located.”

And while Harney recognized past abuses of Native Americans and sought to treat them fairly, he retained a condescending attitude toward them. While leaving his command of the reservation, he advised his successor that Native Americans “are children, and you must deal with them as such.”

Harney's military campaigns against Native Americans built his reputation as the nation’s foremost “Indian fighter,” and according to Adams, none of his contemporary high-ranking officers were as successful in Native American-related military service. But that also meant Harney played a lead role, Adams wrote, in “destroying the freedom and way of life of America’s native people.”

Harney’s service on the Great Plains was only one facet of a military career that spanned the geographic limits of the nation. He fought Native Americans in the Great Lakes Region and in Florida, helped win the Mexican-American War in Mexico, and commanded the Department of Oregon (where his buildup of troops on San Juan Island, whose ownership was in dispute, nearly sparked armed conflict with Great Britain). He received numerous promotions along the way, eventually reaching the rank of brevet major general.

During the Civil War, Harney was accused of disloyalty to the Union for his cautious approach toward tensions between secessionists and pro-Union factions in St. Louis, where he was commanding the Army's Department of the West. Though he was stripped of that command, Harney, a Southerner by birth, never wavered in his support of the Union and turned down offers to join the Confederacy.

His military success was mostly in the battlefield, and that stemmed partly from a quick-temper and sometimes violent disposition that did not serve him well in personal interactions. He was known for profane outbursts and beatings of military subordinates, and he was court-martialed four times, the last one in 1847, for incidents stemming largely from his hot temper. None of those proceedings, however, derailed his rise through the ranks.

Nor did an incident in 1834 when Harney became irate with a female slave at his sister-in-law’s house and beat the slave woman so severely that she died the following day. According to Adams, Harney’s guilt was not in doubt, but a Missouri jury acquitted him anyway. Adams used the word “murderer” to describe Harney’s role in the incident.

Harney’s family life was similarly tragic. After growing up in Tennessee and joining the Army, he fathered a child with a Winnebago Native American woman in 1829 or 1830 but did not stay in contact with the mother or the child.

Later, he married a white woman, Mary Mullanphy, from a wealthy family in St. Louis, but they eventually became estranged and spent their final years of marriage separated by an ocean after Mary moved to Paris with the couple’s children.

Years after his first wife died, an 84-year-old Harney married a 58-year-old woman, a move that sparked a dispute between him and his children over his will and estate.

Harney died at the age of 88 in 1889, the same year South Dakota became a state.

The current debate about Harney Peak began in September, 125 years after Harney’s death, when a Sioux man from the Pine Ridge Reservation asked the state Board on Geographic Names to rename the peak to Black Elk Peak, in honor of a late Sioux holy man.

During five public hearings across the state in late April and early May and through written testimony accepted until last week, hundreds of South Dakotans voiced opinions. Support coalesced behind an alternative proposal to name the peak “Hinhan Kaga,” which many say is the traditional Lakota Sioux phrase for the peak. In May, the state Board on Geographic names added the English translation to its motion and preliminarily recommended “Hinhan Kaga (Making of Owls).”

Harney’s name has been affixed to the 7,242-foot mountain since the 1850s. It may have been 1857 when Harney’s name first became associated with the peak. That was the year an Army topographical engineer, Gouverneur K. Warren, participated in an excursion into the Black Hills and eventually produced a map bearing the name “Harney’s Peak.”

The name appeared in alternate forms such as Harney’s Peak and Harneys Peak until 1906, when the U.S. Board on Geographic Names certified “Harney Peak” as the official name.

Adams, in his written statement to the Journal about the name-change process, remained as judicious as he was in his biography of Harney.

“Harney is a complex historical figure,” Adams wrote in the statement. “He was contentious, mean, vicious, and ambitious, but he was also a highly innovative and effective combat leader and one of the longest-serving and best known American generals between the War of 1812 and the Civil War. His career is both a window into and a mirror of the work and workings of the U.S. Army and its role in implementing federal policy in that era.

“He engendered conflicting opinions in his time and he continues to do so today.”

Board on Geographic Names meeting

South Dakota Board on Geographic Names

Gen. William S. Harney served in the military from Florida to the Pacific Northwest and is the namesake for the highest point in South Dakota. But perhaps not for long, as the name may be changed.

Gen. William S. Harney became the namesake of Harney Peak in 1857. He led troops in military campaigns across the United States. The peak's name may soon be changed. 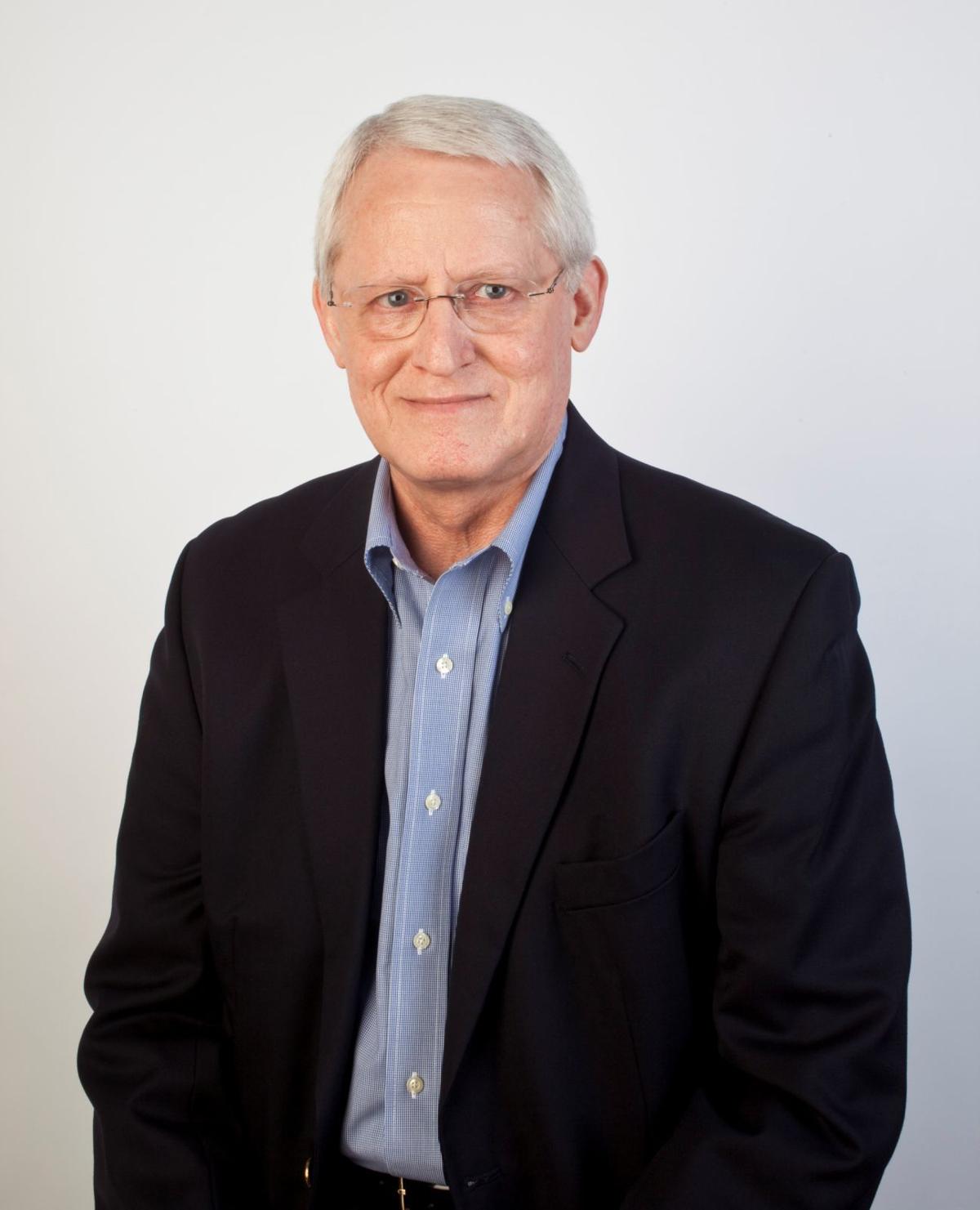