"Mad Mike" Hughes has a fearful moment inside his homemade rocket in this image from "Rocketman: Mad Mike's Mission to Prove the Flat-Earth." The documentary was created by Michael Linn and Toby Brusseau of Rapid City. 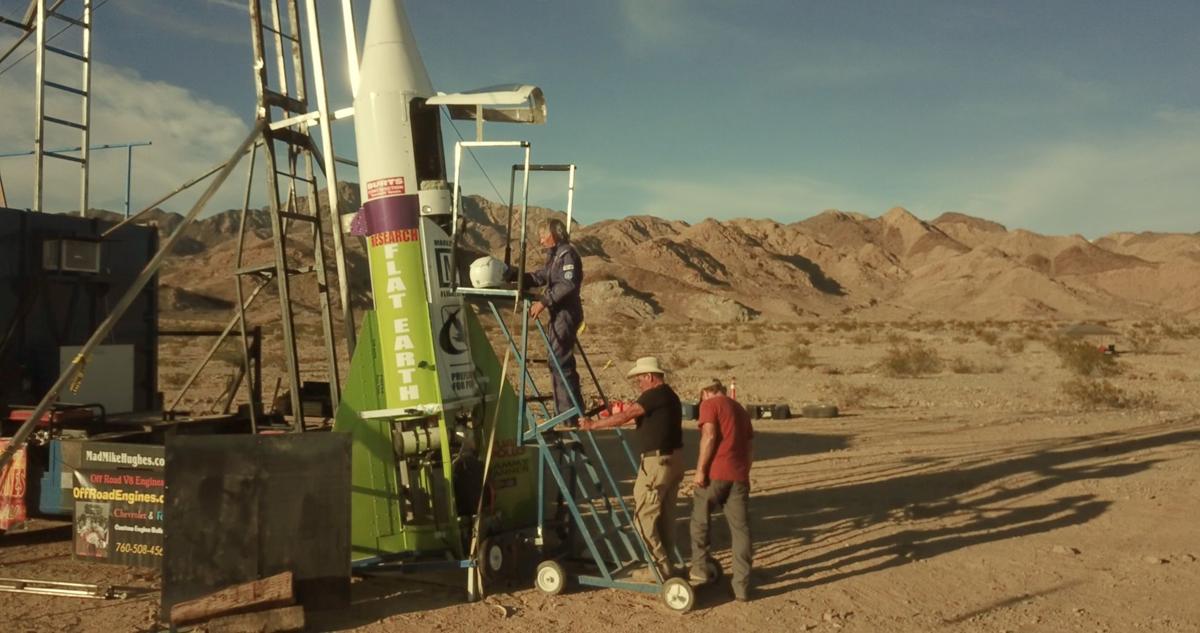 "Mad Mike" Hughes climbs aboard his homemade rocket in this image from the documentary "Rocketman: Mad Mike's Mission to Prove the Flat-Earth." 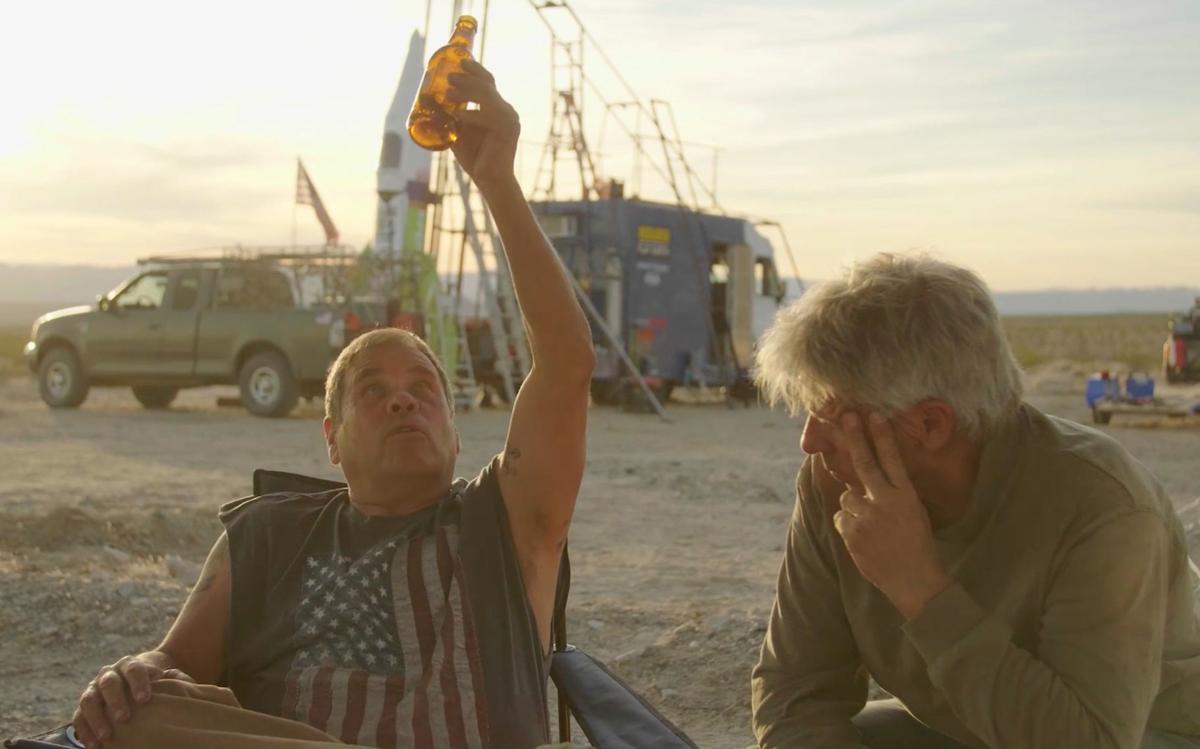 Waldo Stakes, left, and "Mad Mike" Hughes are shown in the California desert in this image from "Rocketman: Mad Mike's Mission to Prove the Flat-Earth." Stakes is Hughes' friend and mentor who encouraged his interest in rockets. 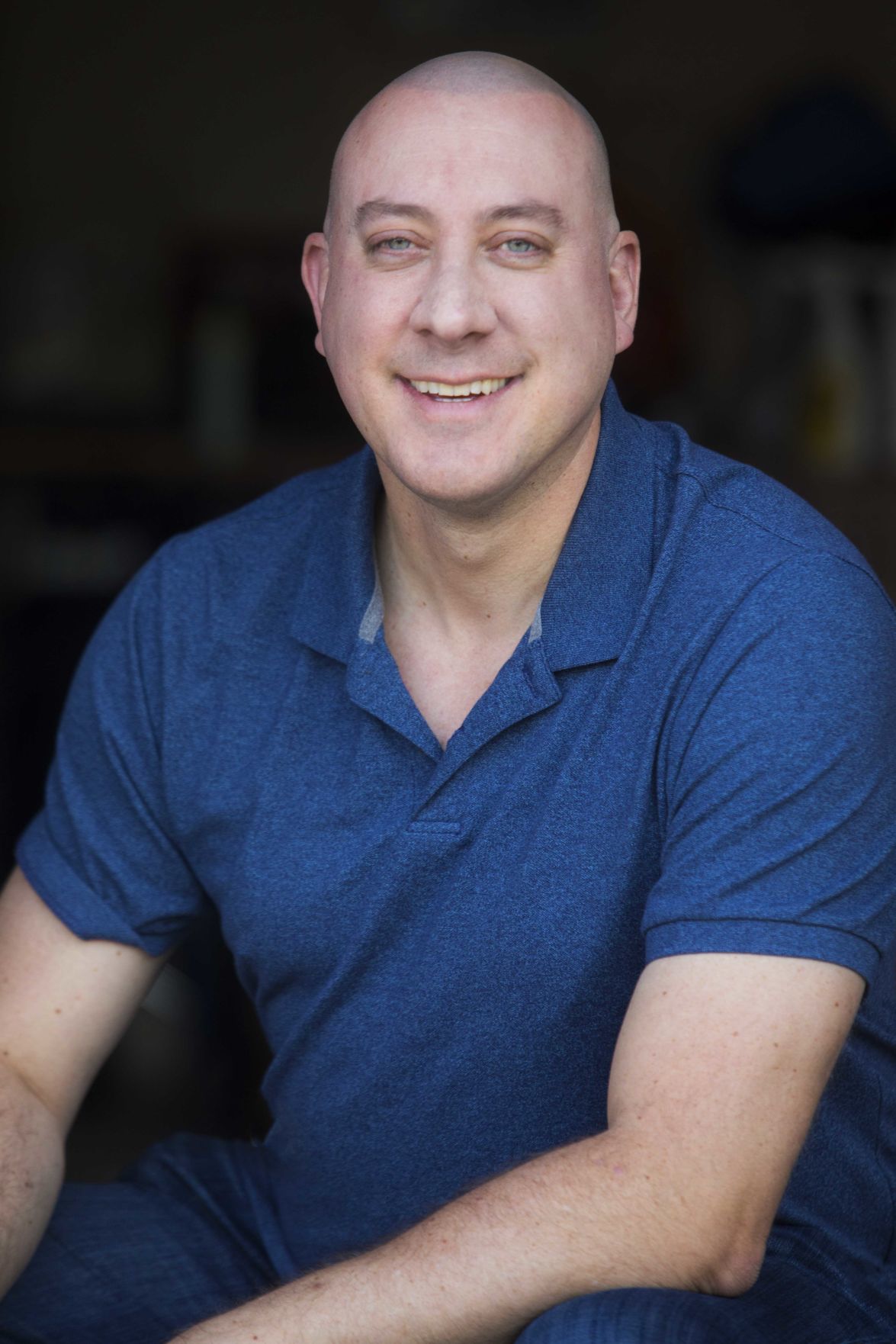 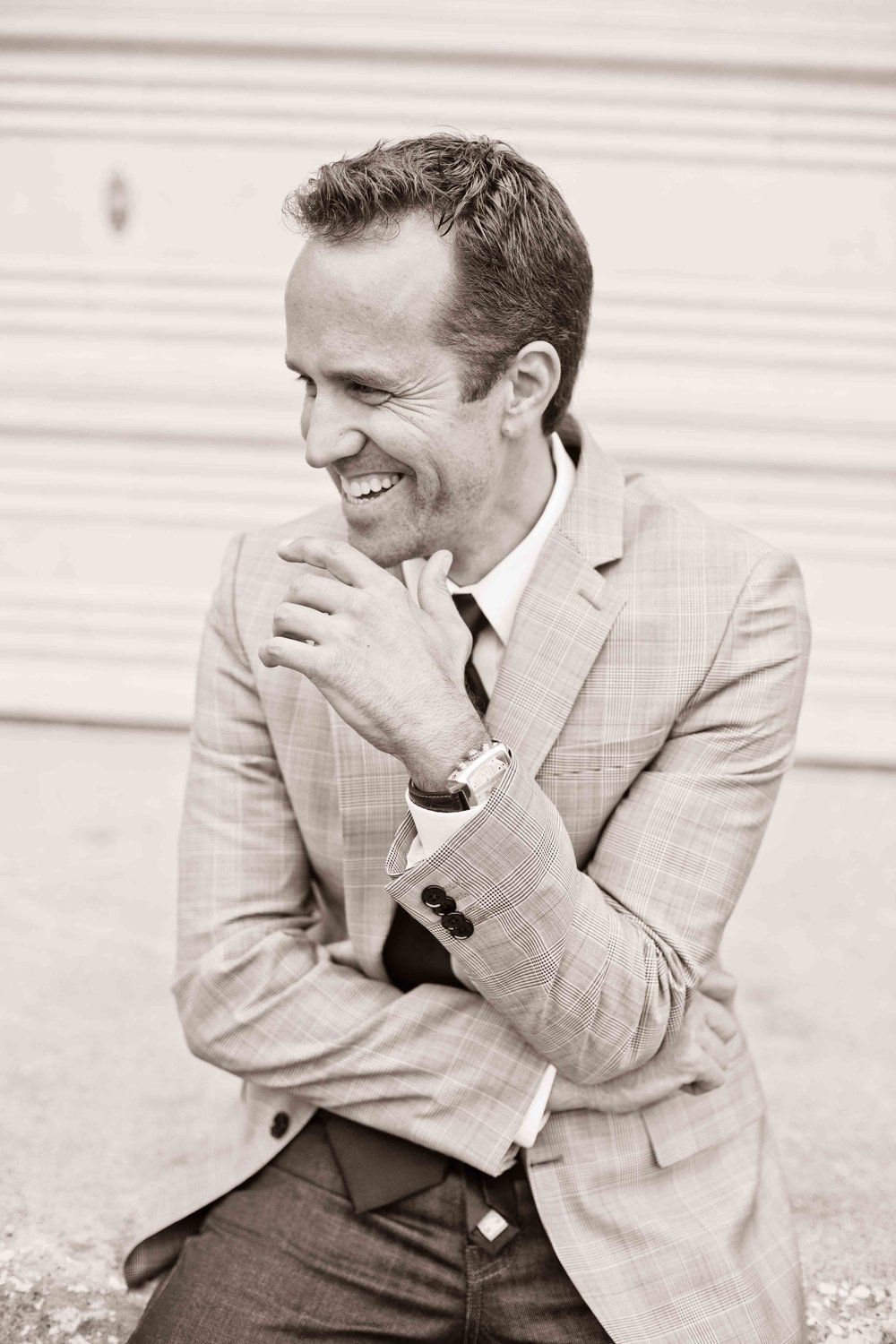 “Mad Mike” Hughes might be the Don Quixote of the Space Age. His impossible dream — to build a rocket and fly far enough into space to prove the Earth is flat — has gained international notoriety and intrigued two Rapid City filmmakers.

Michael Linn and Toby Brusseau now are debuting their documentary about Hughes’ quest. Meanwhile, Hughes is launching another rocket today in California to coincide with the film’s release.

“Rocketman: Mad Mike’s Mission to Prove the Flat-Earth” is being released today on Amazon, Fandango, Apple TV, Google Play and other major platforms. Linn and Brusseau filmed and produced the 90-minute comic-adventure-drama documentary themselves.

Linn is a director, film editor and writer whose credits include such independent films as “Until Forever: The Michael Boyum Story,” “Into His Arms,” and the thriller “Imprint.” Brusseau is a photojournalist, marketer, author and South Dakota’s first FAA 333 Exempt drone pilot.

Hughes, 63, is a former Las Vegas limo driver and stuntman. He lives in the desert community of Apple Valley, California, and is part of a group of people worldwide who don’t trust science. His interest in rockets was fueled by his landlord, friend and mentor, Waldo Stakes, who encouraged Hughes to read about rockets and physics, Brusseau said.

Hughes considers himself a self-taught rocket scientist though he refers to his rocket launches and inquiries into the Earth’s shape as experiments, not science, Linn and Brusseau said. Hughes trusts only his own experiments and observations because he believes all other evidence has been tainted by conspiracies.

“Rocketman” documents one of Hughes’ rocket launches. Hughes' long-term goal is to build a rocket powerful enough to propel him 62 miles into space — higher than commercial aircraft fly — so he can see for himself whether the Earth is flat.

Before Linn and Brusseau conceived the idea for their “Rocketman” documentary, Hughes had already gained worldwide attention with appearances on CBS, NBC, Comedy Central, Tosh.O, the Daily Show, Fox Business and other media outlets. Brusseau and Linn said in their film they chose not to parody Hughes but to simply show him as a man pursuing his dream.

“As storytellers, we felt there was a deeper story behind Michael ‘Mad Mike’ Hughes, and we wanted to document his journey, not from a place of mocking a wild theory but of finding understanding,” Linn and Brusseau said in a news release. “How could anyone truly think the Earth is flat?”

Linn and Brusseau spent three weeks in the California desert filming Hughes and his small crew as they attempted to launch a homemade steam-powered rocket. Building the rocket costs thousands of dollars. Hughes has some sponsors who help offset expenses, but he also forages for parts and incorporates some found objects into his rocket, Brusseau said.

“We wanted to tell a story that shows what it’s going to take to launch this rocket," Brusseau said. "It’s three guys (Hughes and his friends) in the desert and that’s the charm.”

Unlike reality TV, “Rocketman” isn’t scripted or rehearsed. Instead, the filmmakers let the events unfold and chronicled what happened — foibles, mishaps, successes and all.

“We wanted to be flies on the wall,” Linn said. “We weren’t sure what we got ourselves into. It’s been an incredible journey.”

They knew they could be injured or worse if the rocket exploded. “It’s extremely dangerous,” Brusseau said. “The fact that we didn’t die is a very large accomplishment.”

Hughes’ “Rocketman” story also has a unique tie to South Dakota. “The first Flat-Earth Society was right here in South Dakota in Hot Springs. I told Mad Mike that and he loved the connection,” Brusseau said.

Brusseau and Linn describe Hughes as an underdog whose determination is surprisingly inspiring. “You find yourself rooting for this anti-hero for the 21st century,” Linn said.

Ultimately, “Rocketman” is entertainment, but the filmmakers hope it conveys a thought-provoking message about moving past first impressions and getting to know people whose beliefs differ from ours.

“A lot of people believe things without evidence, on faith. We need to know how to talk civilly. Debates on social media get nowhere,” Linn said. “We need to observe, listen and don’t be hateful.”

"Mad Mike" Hughes has a fearful moment inside his homemade rocket in this image from "Rocketman: Mad Mike's Mission to Prove the Flat-Earth." The documentary was created by Michael Linn and Toby Brusseau of Rapid City.

"Mad Mike" Hughes climbs aboard his homemade rocket in this image from the documentary "Rocketman: Mad Mike's Mission to Prove the Flat-Earth."

Waldo Stakes, left, and "Mad Mike" Hughes are shown in the California desert in this image from "Rocketman: Mad Mike's Mission to Prove the Flat-Earth." Stakes is Hughes' friend and mentor who encouraged his interest in rockets.