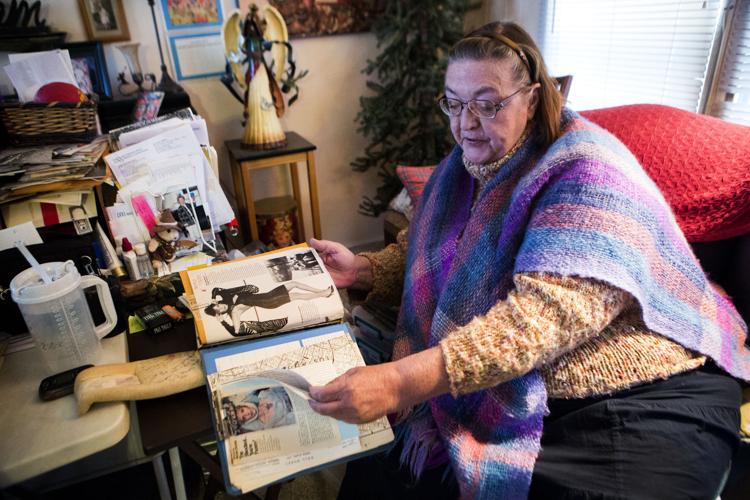 Susan Wenzel looks through a scrapbook on Tuesday in her Rapid City home. The book is full of memorabilia from when she worked as a makeup artist on the set of "Purple Rain." 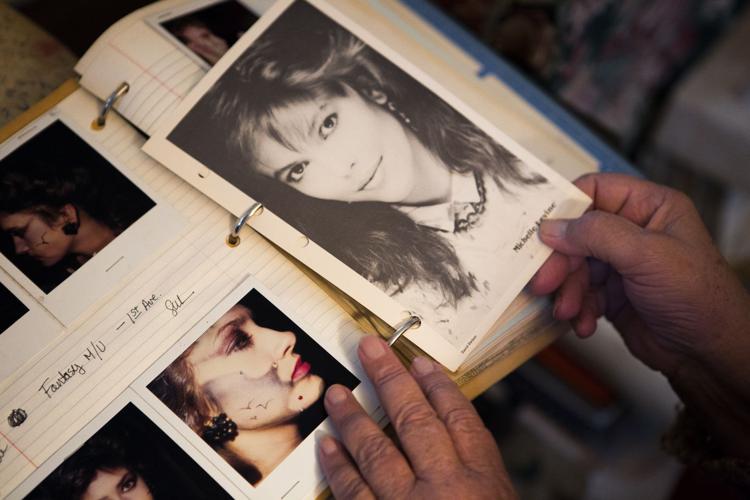 Susan Wenzel shows some of the makeup styles she and other makeup artists did on the set of "Purple Rain." 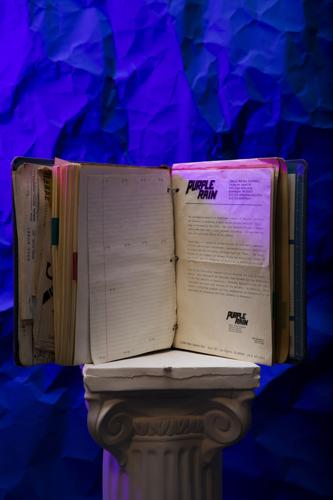 Susan Wenzel's scrapbook from when she worked as a makeup artist on the set of "Purple Rain" contains the script to the movie, call sheets, makeup examples and other memorabilia.

"My heart felt like it was going to stop," said Wenzel, 62. "I thought of all of his music, how willing he was to share it with other artists, and the pictures I had of him in my head."

Wenzel wasn't speaking about experiences of seeing Prince in concert or worshiping him as one of his millions of fans.

She had a far more intimate, professional relationship with the late pop icon.

Wenzel was one of the nine makeup artists and hairstylists credited on Prince's 1984 film "Purple Rain," and her memories of the film and its star flooded back upon hearing the news of the musician's death.

Prince died in his Minnesota home at age 57 last Thursday.

Wenzel's memories of Prince go back far further than "Purple Rain" however, in fact all the way back to the beginning of his career.

In the late 1970s, Wenzel worked with The Ad Company in Minneapolis. Co-owner Owen Husney was a local music promoter, working with artists ranging from Billy Joel to Bonnie Raitt. Wenzel recalled a teenager coming in one day with a package for Husney.

"He would come by twice a week to sit in our waiting room and ask if Owen had listened to the tape yet," Wenzel said. "One day Owen screamed from his office, 'Come in here, everybody, now!' and he played Prince's tape. It amazed all of us, because he played all of the instruments and sang. To lay out those tracks himself ... it required so much talent."

Husney went on to manage Prince and help him sign a recording contract with Warner Bros. Wenzel would later move to Los Angeles and work on several music videos in the early 1980s before being called up in 1983 to work as an assistant makeup artist on "Purple Rain."

Wenzel did "fantasy makeup," or spectacular designs on the bodies and faces of extras, and she was only allotted five to 10 minutes per performer to create a look.

"There were 70 people to go through, so it's doing hundreds of artworks a day," Wenzel said. "And it is actual artwork: seascapes, sailboats, sunsets, which you can see on video in the crowd."

Wenzel got a bigger assignment when extra shooting was needed, doing makeup for Prince and lead actress Apollonia for the famous scene in which the actress jumps into Lake Minnetonka.

"He did remember me from The Ad Company, but he was a very shy man, almost reticent," Wenzel said. "But he loved the extras because they were all people invited in for free concerts who were excited to be there. We all were. We grew to love the album."

When production wrapped, Wenzel left with a fair amount of memorabilia: call sheets for actors, fantasy makeup photos and mock-ups, scripts, and, notably, her neck-brace from an accident early in production, which was signed by much of the cast and crew, though not Prince.

"He didn't want to sign anything or do autographs," Wenzel said. "My feeling was that he felt if he gave autographs or memorabilia or photos, he'd lose part of himself."

Wenzel also remembers Prince's much-publicized battle with Warner Bros. in the 1990s, in which he released albums under the name of an unpronounceable symbol at a fast rate to escape his contract.

"He wanted to do things his way and do them right, with music or on the set of the film," Wenzel said. "It doesn't surprise me that he wanted to control everything. He had so much talent."

Wenzel later would go on to work in Los Angeles for 20 years as a makeup artist on independent films and music videos, most notably the Sarah Jessica Parker film "Girls Just Want to Have Fun."

Wenzel moved back to Rapid City in 2001, having lived here for five years in her youth. Though currently on medical leave, she has worked with the Dahl museum and the YMCA, and was a member of the Dakota Artists Guild. She has worked as a painter and currently focuses on Phlatt People, miniature colorful people hung on walls. She said that she remains shy about talking about her experiences on "Purple Rain," but that the work itself was joyous.

"It was mesmerizing, absolutely mesmerizing," Wenzel said. "The crew was great, the secondary bands were great, Prince's band was great. We were like a family. But when you're doing a movie, you're a family for a little while before you move on to the next thing."

South Dakota Gov. Kristi Noem on Friday appointed Monae Johnson, who won election for secretary of state in November, to fill the position for…

G7 price cap on Russian oil kicks in, Russia will only sell at market price

Susan Wenzel looks through a scrapbook on Tuesday in her Rapid City home. The book is full of memorabilia from when she worked as a makeup artist on the set of "Purple Rain."

Susan Wenzel shows some of the makeup styles she and other makeup artists did on the set of "Purple Rain."

Susan Wenzel's scrapbook from when she worked as a makeup artist on the set of "Purple Rain" contains the script to the movie, call sheets, makeup examples and other memorabilia.