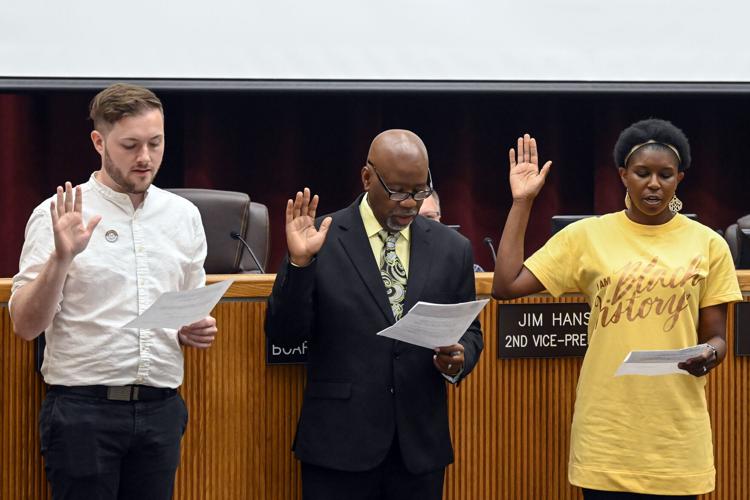 Rapid City Area Schools board members, from left — Michael Birkeland, Troy Carr and Jamie Clapham — take their oath of office for a new term on the RCAS school board on Monday night in City Hall. 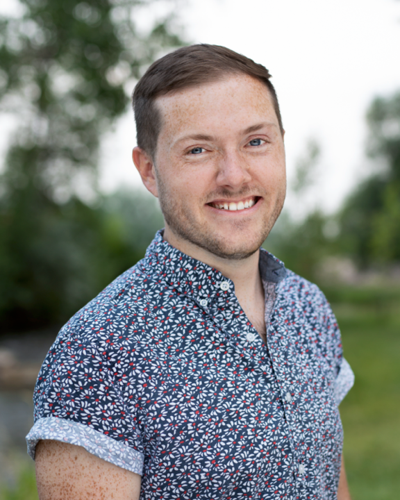 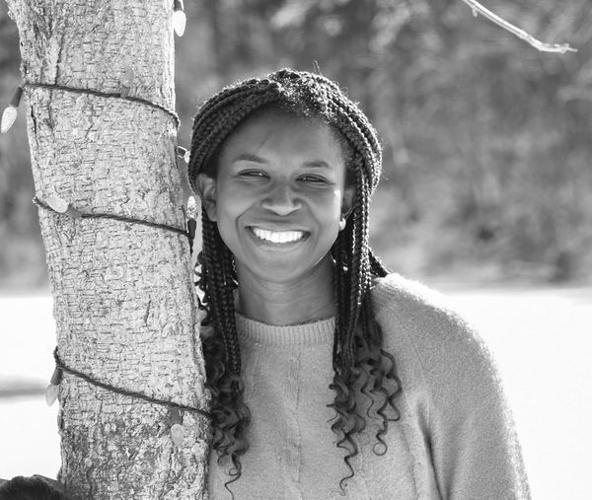 Rapid City has elected both its first Black woman and first openly LGBTQ person to the Rapid City Area Schools Board of Education.

Jamie Clapham and Michael Birkeland were sworn in to the board Tuesday night and made area, if not state, history.

Clapham said it wasn’t something she thought about until late in the campaign.

“Anyone can represent our community, and I think it is important for students especially to see a diverse group of people care about them, chooses the best for them, and wants to represent them,” she said.

She said there may be some misconceptions about what South Dakota and western South Dakota is and as the region continues to grow, she hopes this will help show that the area isn’t just for a certain group of people.

Clapham said the board itself is diverse in gender, religious affiliation and age, among other things, that could showcase the board has a broad perspective.

Birkeland said over the past year it seems like there was an under-the-table attack on diversity in general. He said if anything, he and Clapham hope to set the tone of Rapid City being accepting of changes that are happening in the world.

He said Rapid City’s vote showed that the area is welcoming to all types of people. He said having the classroom decor policy on Tuesday’s agenda similar to the Lead-Deadwood policy before he and Clapham are sworn in is indicative of thoughts opposed to diversity.

Birkeland said what led Lead-Deadwood to that policy is not happening in Rapid City, so it’s hard to use the same policy and not make those conclusions.

He said when he was in high school and middle school, there was no openly gay representation in Rapid City. He said there were some murmurs and whispers, but no one was open about it, especially at Central High School.

“When I came back as a teacher, it was an entirely different place,” Birkeland said. “It has become considerably more normalized and accepted. I can tell kids feel more safe than I did as a high-schooler.”

He said kids stood up for each other, and most students didn’t care when they found out about him.

Birkeland said to come back now and to be elected to the school board, it feels great. He said he thought and considered if Rapid City would elect an openly gay man — if it was something people were ready for.

Clapham said she hopes students understand they can be part of history and not know it, and that it can be empowering and engaging. She said she hopes they are excited and know that the world is changing and they can change history, too.

“They can be from Rapid City, South Dakota, and make history,” she said.

A retired South Dakota Department of Revenue fraud investigator is facing 14 fraud-related charges against himself in Rapid City federal court.

Your Two Cents for Aug. 3

Rapid City Area Schools board members, from left — Michael Birkeland, Troy Carr and Jamie Clapham — take their oath of office for a new term on the RCAS school board on Monday night in City Hall.