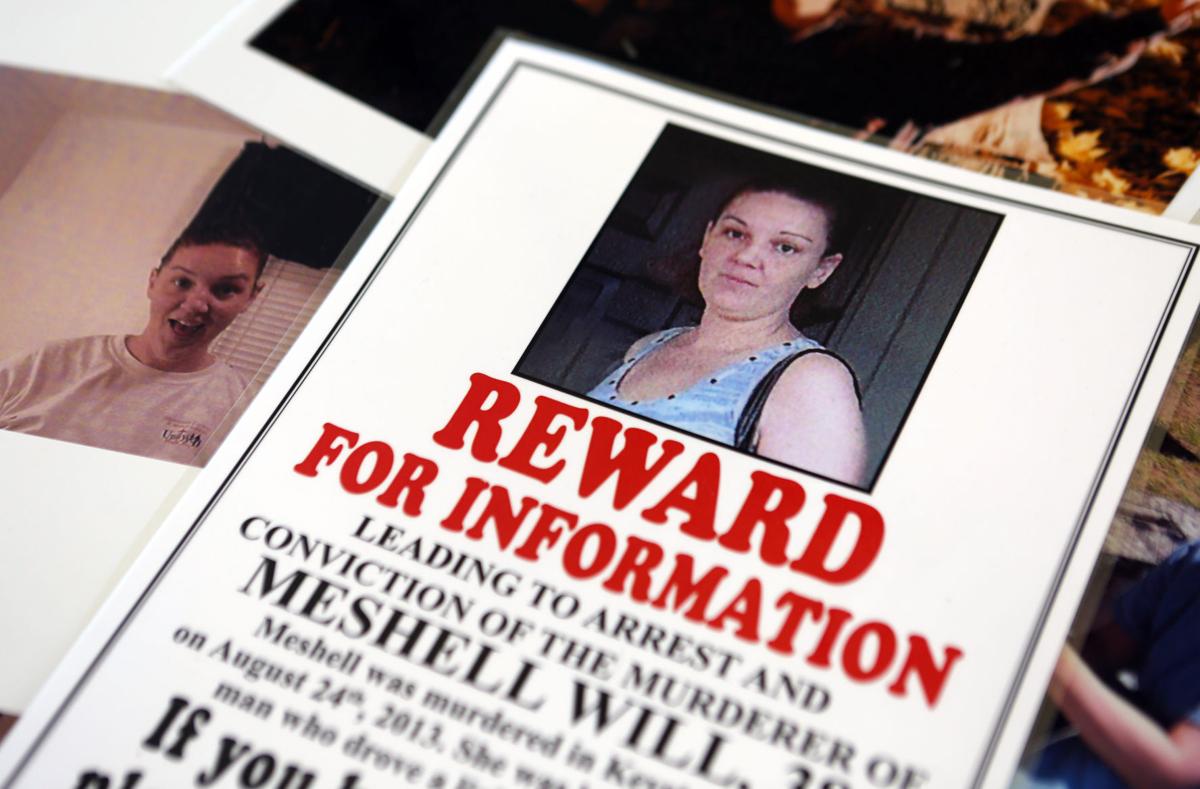 Meshell Will's body was found badly decomposed in a wooded area off Iron Mountain Road on Aug. 31, 2013. Eight years later, investigators determined she was killed and arrested a man who has been charged with second-degree murder. 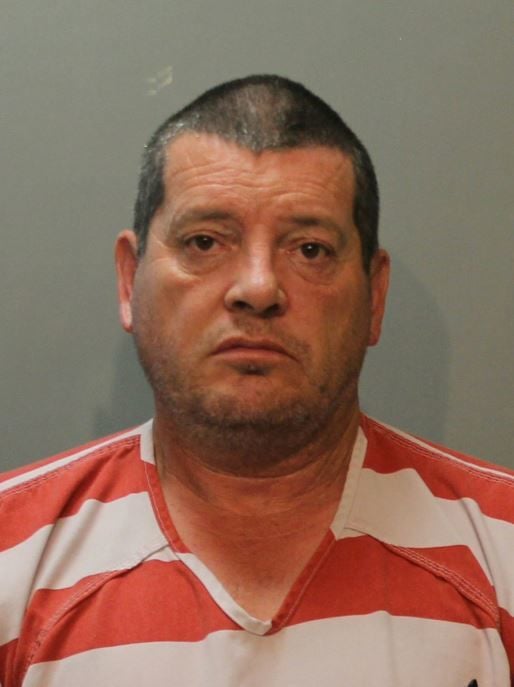 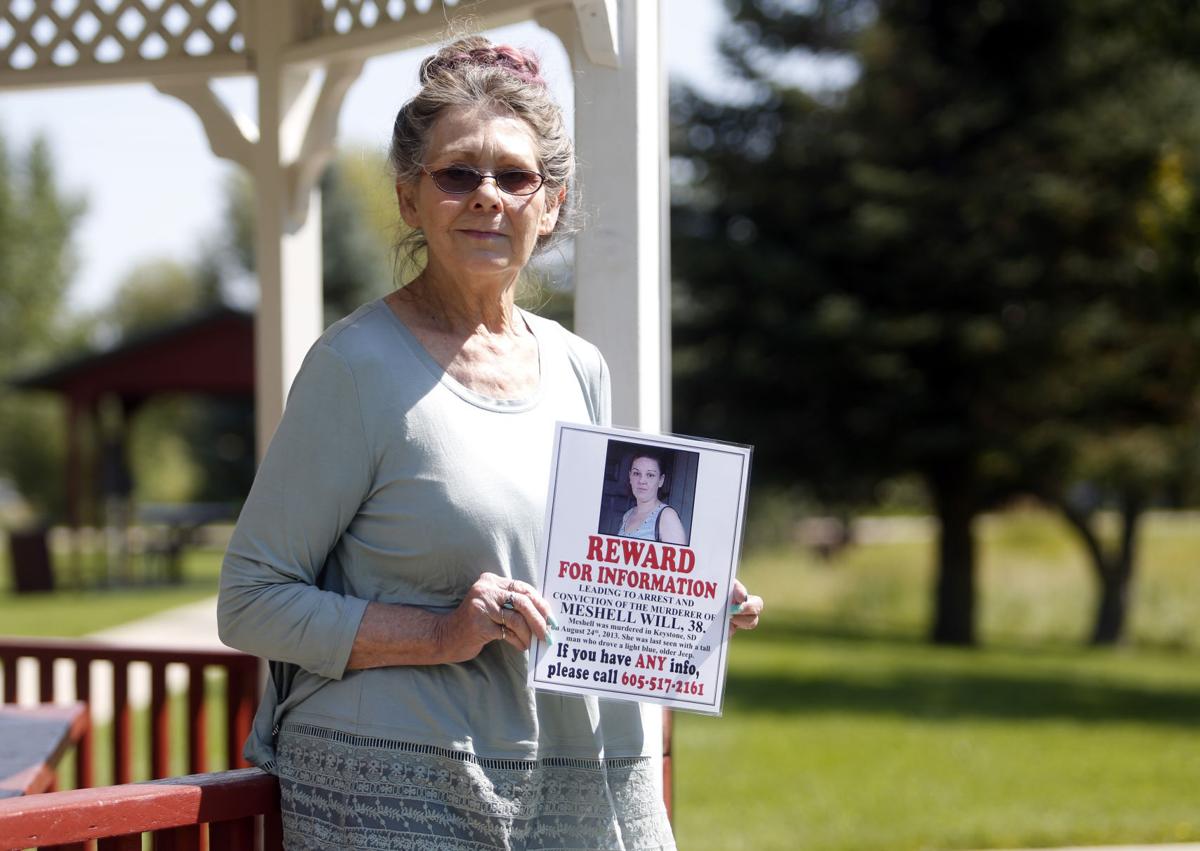 Nancy Herman of Custer made it her mission to make sure the suspicious death of Meshell Will is not forgotten. Herman put up posters, saved money for a reward, and created a Facebook page to gather information about the woman's death.

Four days before Meshell Will went missing, the last person seen with her pleaded guilty to disorderly conduct in exchange for having domestic abuse charges dropped. He was given a 30-day suspended sentence.

A press release from the sheriff's office called Schmitz a long-time resident of Custer and a person of interest in the case for the past eight years.

Will was last seen alive in Keystone on Aug. 24, 2013, the release said. Originally from Wisconsin, she had been in Custer for about six months. A week later on Aug. 31, a woman's badly decomposed body was found off Iron Mountain Road, near mile marker 54 and the Pig Tail Bridge.

A friend of Will's said word of the arrest brought her joy.

"I started to shake and cry," Nancy Herman, who has been a tireless advocate for Will since 2013, said Friday. "I was so happy. It has been almost eight years since she was murdered. I stayed at it the whole time."

Herman runs a Facebook page intended to help bring Will's killer to justice. On that site, she has mentioned her belief that Schmitz was responsible several times. His arrest Friday was vindication.

Herman said at one point Schmitz had been employed as a maintenance worker in the apartment complex where Will lived and his apartment was across the hall from her.

She said Will had paid him to drive her to various locations in the past and that is what she believed happened the day before she was considered missing.

"I had shared tips and leads with investigators so much that I probably made them mad, but I just wanted justice for Mishell," Herman said. "I am so happy that they kept working on the case."

Harrison declined to say what changed to allow investigators to change the cause and manner of death from unknown to homicide and take Schmitz from a person of interest to a murder suspect. The case has been turned over to the Pennington County State's Attorney's office where the files have been sealed.

"We just refused to give up on Meshell Will's case," Harrison said. "We continued to look at it with new eyes and followed up on many tips and leads over the years. It was important for us to get closure for her family and friends."

Schmitz is well-known by law enforcement.

Two women have been granted restraining orders against him for stalking and domestic abuse. He pleaded guilty to disorderly conduct in 2009 and 2013. In 2005, he went to prison on a four-year sentence for grand theft and in 2018 was sentenced to a year in jail after pleading guilty to simple assault and false imprisonment. Charges of aggravated assault and sexual contact without the capability to consent were dropped when he pleaded guilty to the other charges. His one-year sentence was broken up into 108 days of time served awaiting trial and 252 days suspended.

Two other women sought restraining orders in 2018 and 2019 that were denied due to a lack of evidence.

Schmitz will make his initial court appearance at 10 a.m. Monday.

Oldest message in a bottle ever found confirmed by archives

Why this whole Australia town is underground

Why this whole Australia town is underground

Meshell Will's body was found badly decomposed in a wooded area off Iron Mountain Road on Aug. 31, 2013. Eight years later, investigators determined she was killed and arrested a man who has been charged with second-degree murder.

Nancy Herman of Custer made it her mission to make sure the suspicious death of Meshell Will is not forgotten. Herman put up posters, saved money for a reward, and created a Facebook page to gather information about the woman's death.