Rapid City Mayor Steve Allender along with the Oglala, Cheyenne River and Rosebud Sioux tribes are asking the Rapid City Council for its support in building a new Native American health-care facility in east Rapid City.

At the city’s Legal and Finance Committee meeting scheduled for 12:30 p.m. Wednesday at City Hall, committee members will consider a resolution supporting the relocation and construction of a new health-care facility for tribal members.

The resolution comes almost six months after a meeting between federal Indian Health Service (IHS) officials and Native American tribal leaders abruptly turned from an informational meeting about plans to demolish most of Sioux San Hospital’s buildings and replace them with a $117 million clinic into a discussion about the tribe’s desire for those funds to go toward the construction of a new health-care facility on an undeveloped lot southeast of Menards and north of Western Dakota Technical Institute.

The lot and surrounding property is owned by local developer Hani Shafai, who has offered to donate an approximately 25-acre lot to the tribes that would serve as the site of the new facility. 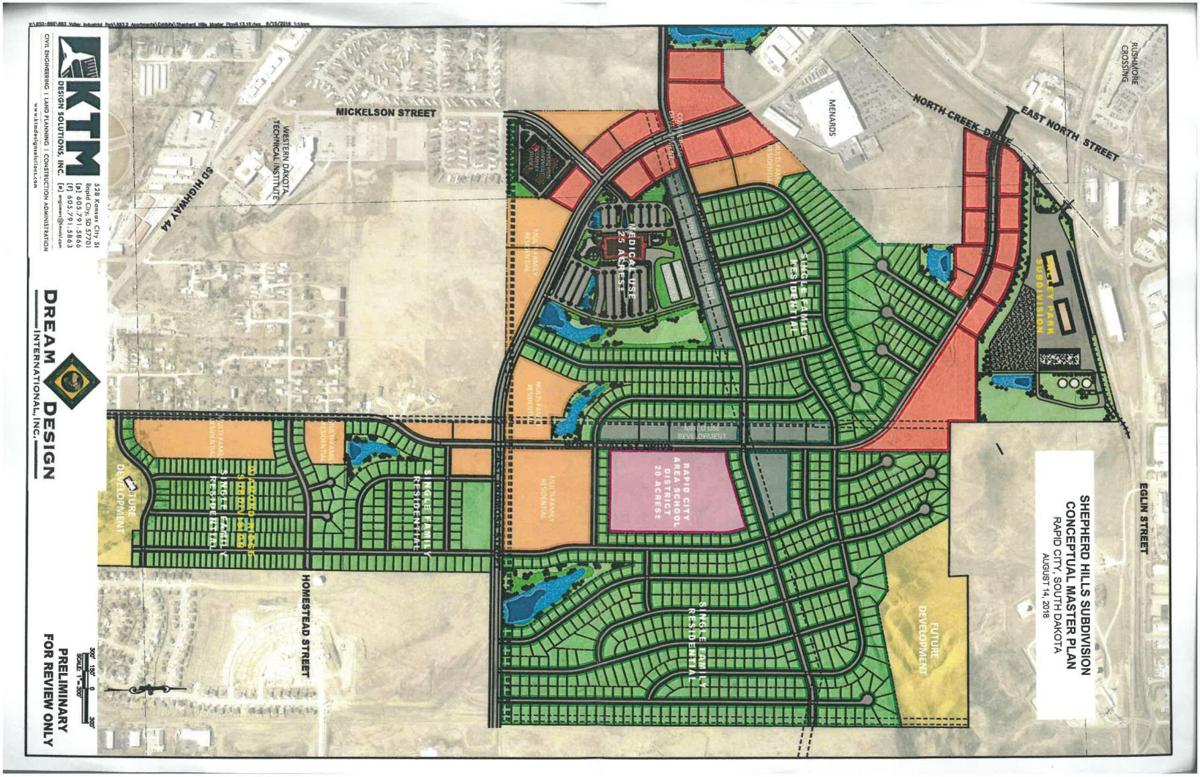 In a Sept. 21 letter from Allender to the council, the mayor said the proposed facility’s proximity to the interstate, main city streets and Western Dakota Tech would make it a more appealing location than Sioux San Hospital.

In a Journal interview Monday, Allender added that bus routes and increased accessibility to housing, employers and shopping centers were also potential benefits, as was the possibility for collaboration with and better recruitment from WDT for staffing at the hospital.

“It is beyond time to get this done,” he said, characterizing IHS’s troublesome administration of Sioux San as indicative of “a national Indian health-care crisis.”

“It’s not run, and it’s not a service,” Allender said of IHS’s administration of Sioux San, which recently closed the hospital’s emergency wing and has been one of several IHS facilities in the Great Plains that have failed in recent years to meet standards of care imposed by the federal Centers for Medicare & Medicaid Services.

“It’s really a pathetic excuse for a health-care facility, especially given the need,” Allender said.

The city resolution, Allender said, “would let IHS and the world know that we have considered the option, and we think this is a good idea.”

Allender said he has written letters to the state’s congressional delegation seeking their support and assistance.

In a statement by Jerilyn Church, CEO of the Great Plains Tribal Chairmen’s Health Board, it was noted that “relocating the new facility will not only improve access to health care for American Indians who utilize Sioux San but will also contribute to the economic engine in Rapid City.”

As support from city, state and federal officials is sought for that project, the three tribes are also invoking a federal law that could transfer the administration and control of Sioux San and the new facility to the Great Plains Tribal Chairmen’s Health Board.

In April, the Oglala, Cheyenne River and Rosebud Sioux tribes passed resolutions approving the effort and authorizing the tribal health board to be the managing entity. The law, known as a 638 contract or the Indian Self-Determination and Education Assistance Act, would transfer the day-to-day management of Sioux San Hospital and the proposed new facility to the tribal health board while retaining funding from the federal government due to historical treaty obligations. In April, Church predicted the process could take between three to six months.