Kids to 911 during siege: 'Please send the police' 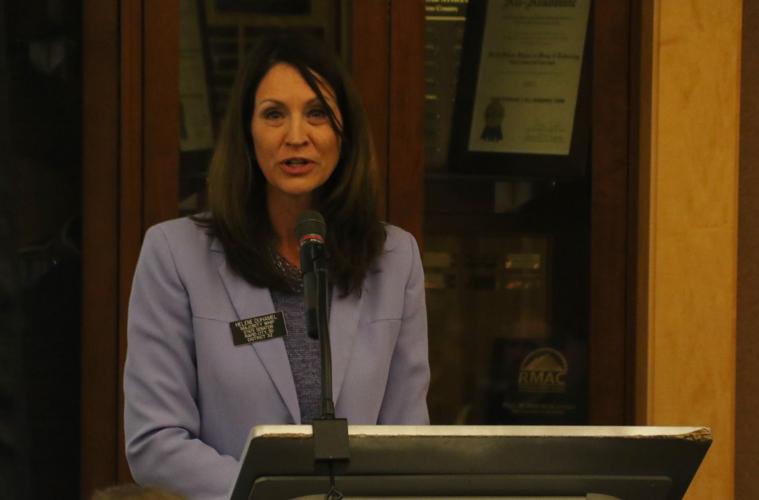 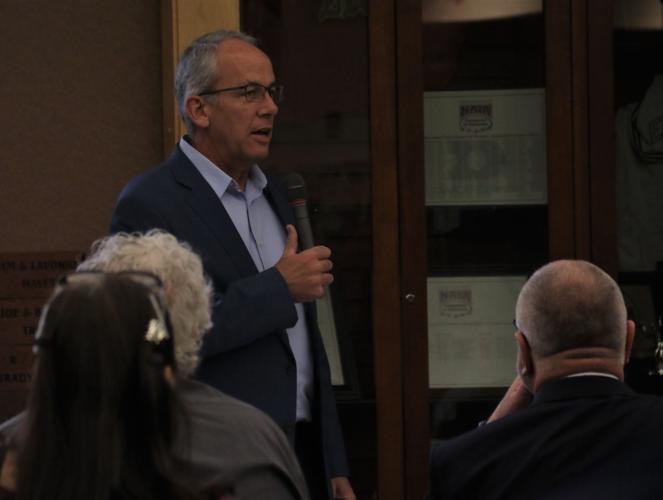 Rapid City Mayor Steve Allender answers a question about the importance of a regional water system to pull water from the Missouri River Wednesday morning. 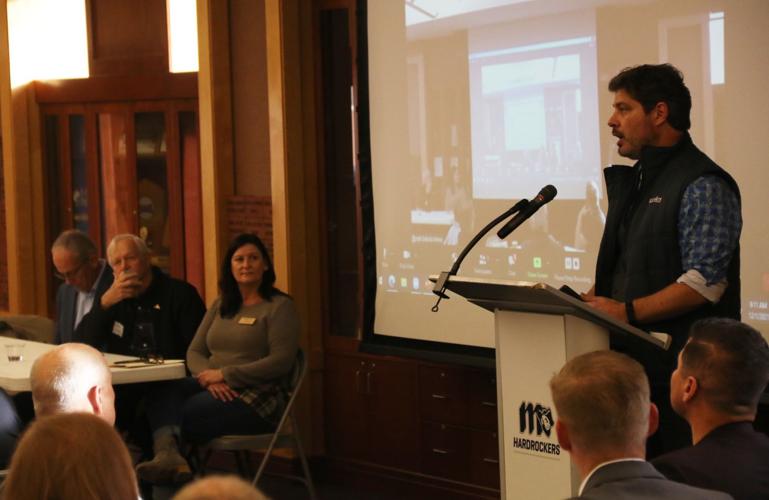 Tom Johnson, Elevate Rapid City President and CEO, introduces Mayors Steve Allender of Rapid City, Larry Larson of Box Elder and Teresa Hall of New Underwood to discuss the importance of focusing on a regional water system together rather than separately Wednesday morning. 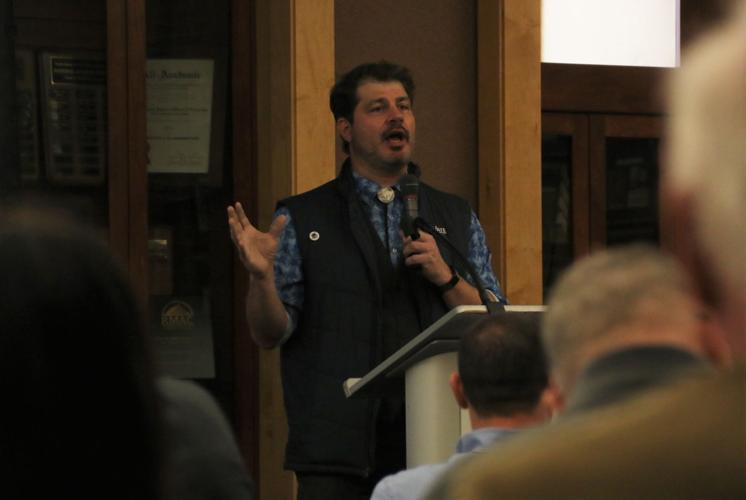 Mayors Steve Allender of Rapid City, Larry Larson of Box Elder, and Teresa Hall of New Underwood talked about the need for working together as a region to bring Missouri River water to western South Dakota during the “Water is Our Future” summit.

Panel participants throughout the event discussed funding, what already exists to get the project moving, and the necessity to build a 171-mile system to bring water to the area. The project has an estimated cost of $1.87 billion.

Allender said this is not an issue for today but will be an issue in the future.

Scott Kenner, an engineer and former professor with South Dakota Mines, said the projected demand for water based on average growth in the area will surpass supply by 2120.

“I think this is a really excellent thing that we’re doing here at this point because the worst time to try to figure out how to solve your water supply problem is of course when the well’s gone dry,” he said.

Duhamel said the time is now to move forward with the project and that money given to the state needs to be used on something “big, transformational and generational” like the water system.

“We need to know that everyone has skin in the game,” Duhamel said. “It is time, the need, the interest and funding have all come together right now to supplement current West South Dakota water resources to meet future needs.”

He said there were 250 eligible projects from prior years that were not fully funded that the state board of Water and Natural Resources considered for additional subsidy, which totaled over $3.2 billion.

“It’s a wide range of projects, nothing that we’re not used to seeing in funding, but a much bigger dollar amount,” he said.

The projects included an about $4 million feasibility study for the regional water system for the 171-mile system.

Hall said New Underwood’s budget is different from Rapid City’s but it makes sense for communities to invest in water coming from the Missouri.

Allender said it seems unrealistic for a local entity to start pledging dollars at this point since when they do receive funds, it goes toward immediate needs and projects.

He said it’s hard to conceptualize how much the city can spend and on what timetable at this point.

“I think ultimately when it comes time for the project to be funded, I don’t think it’s unreasonable to ask the downstream users to contribute something,” Allender said.

Larson said Box Elder is currently in the process of digging a well and has another planned after the first is completed. He said the city is experiencing growth at 6% to 10% each year.

“It makes sense, I guess, to say that we should probably invest something in water coming from the Missouri because it would probably save us from digging a well or two or three or whatever over those 20 plus years,” Larson said.

CANNES, France | South Dakota’s Pine Ridge Reservation has often been depicted in film but rarely from the inside. The Cannes Film Festival en…

Casimir Pavel Ziolkowski, the man who helped the face of Crazy Horse emerge from rock, is being remembered as “a great guy who had a great sou…

Rapid City police are investigating an overnight stabbing that left one person with serious, life-threatening injuries and ended in the arrest…

Country singer Morgan Wallen’s “Dangerous” tour was a smash hit for The Monument in Rapid City. The May 13 concert at Summit Arena attracted f…

Rapid City Mayor Steve Allender answers a question about the importance of a regional water system to pull water from the Missouri River Wednesday morning.

Tom Johnson, Elevate Rapid City President and CEO, introduces Mayors Steve Allender of Rapid City, Larry Larson of Box Elder and Teresa Hall of New Underwood to discuss the importance of focusing on a regional water system together rather than separately Wednesday morning.