More than one-third of South Dakota prisoners currently have COVID-19 and nearly half have contracted it at some point, according to the most recent data.

There were 3,347 prisoners within the DOC as of Sept. 30, which means 35% of inmates currently have the virus while 46% have had it since the pandemic began in March.

Active cases skyrocketed over the weekend at Sioux Falls facilities and at the Mike Durfee State Prison in Springfield.

Mike Durfee is the prison with the most cases — 674 with a positivity rate of nearly 60%. Active cases increased from 295 on Friday to 532 on Monday morning.

The South Dakota Sate Penitentiary has seen the second-most cases but the highest positivity rate — 506 cases with a positivity rate of 73%. Active cases increased from 165 on Friday to 502 on Monday.

The Sioux Falls Community Work Center saw active cases increase from three to 111 between Friday and Monday while the Jameson Annex increased from four to 16.

The three women’s prisons in Pierre have seen 243 cases but only two inmates remain infected.

No prisoners at the Rapid City and Yankton community work centers have tested positive.

DOC staffers have self-reported 89 positive tests and 46 remain active cases. The penitentiary has the most active staff cases at 25.

The DOC and Department of Health began to mass test all facilities in early September. Once that is complete they will begin sentinel testing by randomly testing 5% of asymptotic inmates and staff each month. Those who have already tested positive would not be included in the random testing. ​ 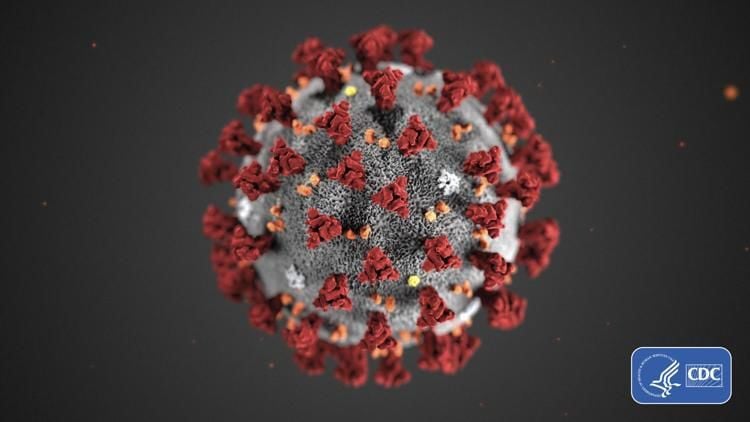 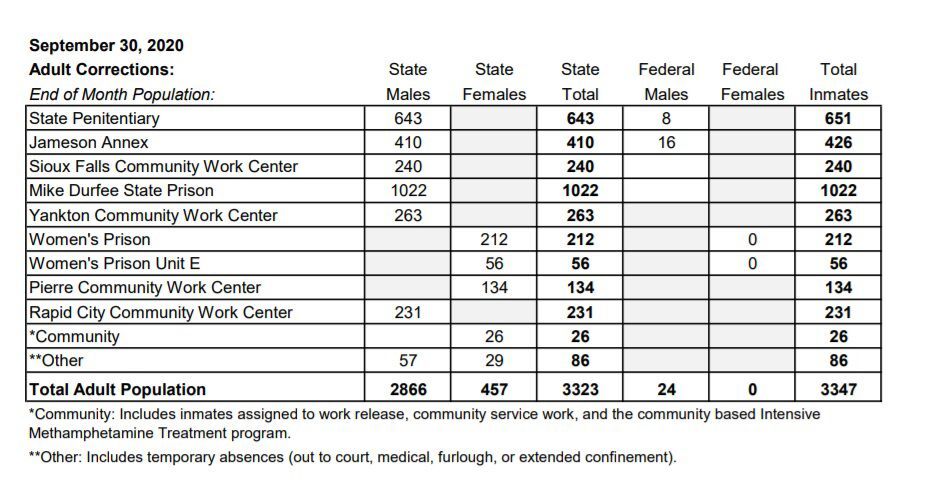 DOC population as of Sept. 30.