"You can't hide, you're going to be found … Turn yourself in. How long do you think you can go run? Guilt is going to overcome you, eat at you."

Brings Plenty discovered her daughter Tessa Curley inside the bathroom of her Box Elder apartment on Oct. 11.

The 39-year-old died of multiple stab wounds, law enforcement said. The stab wounds were to the front of her neck and she also had a cut on her leg and bruises on her hands, Brings Plenty said.

"We have identified several people who were around when she was last alive to include one person of more interest," said Helene Duhamel, spokeswoman for the Pennington County Sheriff's Office. She said deputies have spoken with all of those people and she expects the office will be able to release the name of a suspect it's looking at "in the near future."

The sheriff's office believes Curley was killed sometime after 1 p.m. on Oct. 6, Duhamel said. She said Curley did not call 911 that day or any recent time.

"I just want to find out who did this to her and why did you do this to her because she didn't deserve to die that way,” Brings Plenty said. "This shouldn't have happened to her. She had her life, she was young, she had a whole lot to live for.”

Brings Plenty says she strongly believes Curley was killed by someone she knew. She said law enforcement told her that Curley was stabbed with a kitchen knife that has a colorful rubber handle. Curley owns those kind of knives but keeps them hidden throughout her drawers, Brings Plenty said.

“Somebody must have known where her kitchen knives were,” she said.

Brings Plenty and her relative Rebecca Kidder think there may have been more than one attacker since the assault was so brutal. They believe the hand bruises are signs that she fought back.

Brings Plenty gave law enforcement the names of Curley’s friends and past dating partners so they could interview them. She and some of her daughter’s friends think the suspect might be a dating partner who twice stole Curley’s car.

Brings Plenty is afraid that whoever killed her daughter has fled South Dakota. She said she hopes speaking up will encourage anyone who knows information about the killing to share it with law enforcement or convince the suspect or suspects to turn themselves in.

Brings Plenty and Curley texted, called or saw each other nearly every day.

Brings Plenty last spoke with her daughter on Oct. 4, a week before she found her in the bathroom. Curley came over to visit relatives that afternoon but left without eating the Chinese food ordered for her.

Curley texted to say she would come pick up her food another night, Brings Plenty said.

“There was nothing in the sound of her voice like she was being threatened, it was peaceful, calm,” she said.

Brings Plenty saw but did not speak with her daughter around noon on Tuesday, Oct. 6 when she saw Curley chatting with a relative outside her house before driving away. She said her daughter was gesturing a lot with her hands — something she does when she drinks — so she thought Curley may have relapsed.

"I should have got up and went out the door" to say hello, Brings Plenty said. “I didn’t know” it would be the last time I saw her.

Brings Plenty said she wanted to give Curley time to recover if she had been drinking but she got worried after not hearing from her for several days.

“On Friday I kind of had that gut feeling, something’s going on,” Brings Plenty said. “That feeling got stronger Saturday and then Sunday I knew something wasn't right because this wasn't like her. Call it intuition."

Brings Plenty decided she needed to go check on her daughter and anxiously waited for her 10 p.m. work shift to end. She then drove home to grab her pit bull in case she needed to defend herself and drove to the Northern Lights apartment building with her brother.

“I’m usually slow walking up the steps. I ran all the way up the steps and she lives on the third floor and as I got closer I just had that not-so-good feeling,” Brings Plenty said.

Curley’s door was unlocked and her lights were off. Brings Plenty couldn’t find her daughter anywhere and she wasn’t answering her calls.

Brings Plenty eventually went to look in the bathroom where she found her daughter sitting propped up against a wall with blood on her face and a pool of blood on the floor.

"I went over and I touched her and that's when her body was all cold,” Brings Plenty said. She said her brother’s “face got white” when he saw the scene.

Brings Plenty called 911 and police officers made her leave in order to preserve the crime scene.

Brings Plenty said she doesn’t think anyone else has a key to Curley’s apartment, there was no sign of forced entry to the apartment and nothing was out of place in the bathroom. But she noticed a sage bundle that’s usually on the kitchen counter was on the floor.

She also said that a dresser that’s usually against the wall was moved closer to the door. After the car theft incident, Brings Plenty said, her daughter told her that she would block the door with the dresser if anyone ever tried to break into her apartment.

Brings Plenty said her daughter's car was in the parking lot but her glasses and phone were missing. She said law enforcement is still waiting on autopsy results and haven’t told her about any formal suspect or motive. Brings Plenty said she’s getting by through prayer and knowing that others are praying for her family.

“She has a very nice, outgoing personality,” Brings Plenty said of her daughter. “She's always smiling and she's happy to see friends or relatives or if she just met you she'll give you a hug or shake your hand.”

Curley was a “powerful force for good and she matters” and “the first one to step up when family needs her,” even if she is going through her own struggles, Kidder added.

For example, Curley attended and supported her uncle at a sun dance ceremony even though she was grieving the recent death of her sister.

Curley, a member of the Cheyenne River Sioux Tribe, was born in Eagle Butte and grew up between there, Pierre, San Jose, California, and Rapid City.

She spent nine years in San Jose where she participated in the Girl Scouts, fancy dancing at powwows and an Azteca dance group.

Living in such a multicultural community made Curley proud of her Lakota culture, Brings Plenty said.

Curley received her GED and took some college classes once the family moved to Rapid City. She worked various jobs there and in Box Elder.

Brings Plenty said she is proud of her daughter for graduating from DUI court in 2017 and then advising other participants.

“She turned her life around,” Brings Plenty said.

Curley became religious at that time and began attending a church that combines Christianity with Lakota traditions, Brings Plenty said.  Curley attended church every Sunday as well as bible study, a support group and volunteer events.

Curley enjoyed attending powwows with her family, making doodles of comics and animals, and listening to oldies music. She planned on returning to college to become a preschool or elementary teacher and reuniting with her 22-year-old son, who lives out-of-state with his father. ​

Anyone with information about Curley's death should call 605-394-6115 to speak with Investigator Nick Nelson.

Correction: The last name of Curley's mother has been corrected.

UPDATE: AG was 'distracted' when he crashed into and killed man walking with flashlight

The South Dakota attorney general was "distracted" when he drove into a highway shoulder Sept. 12, crashing into and killing a man walking wit…

A Rapid City man has been charged with second-degree murder for allegedly fatally shooting a man at a mobile home on Highway 16, according to …

A family is waiting for an arrest and hoping witnesses will speak up a month after their loved one bled to death after being stabbed in Kyle. 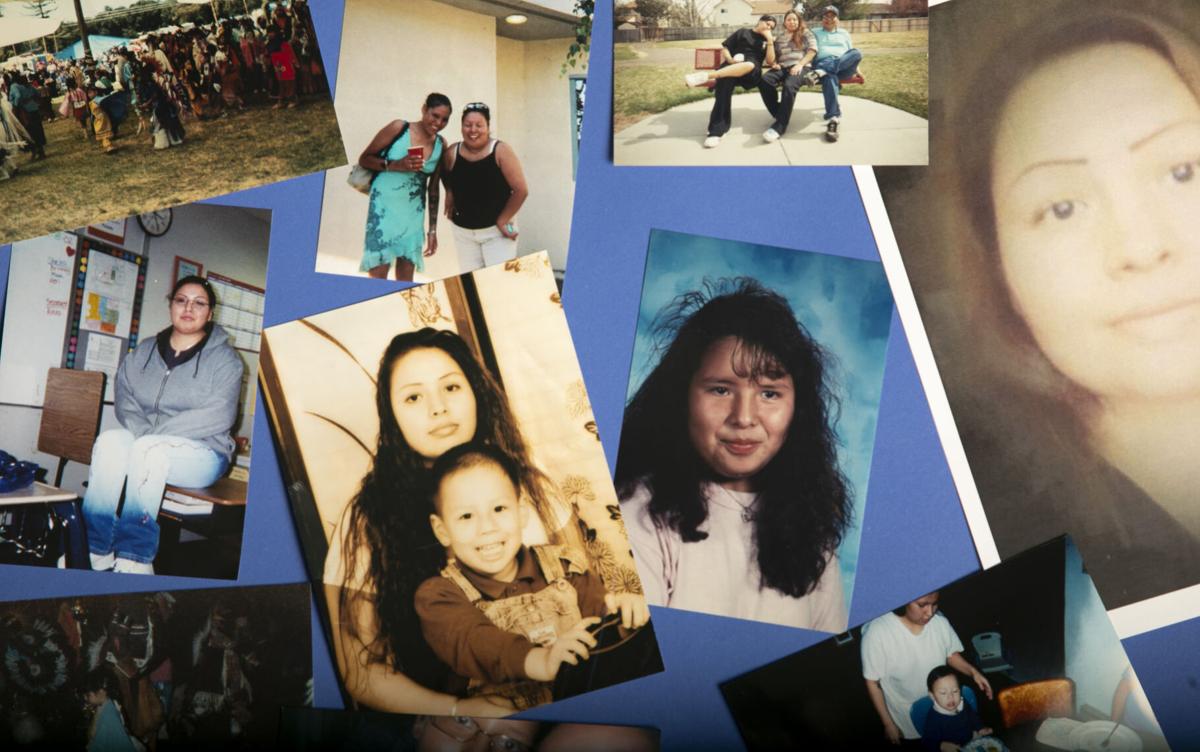 Photos of Tessa Curley with her family and friends. 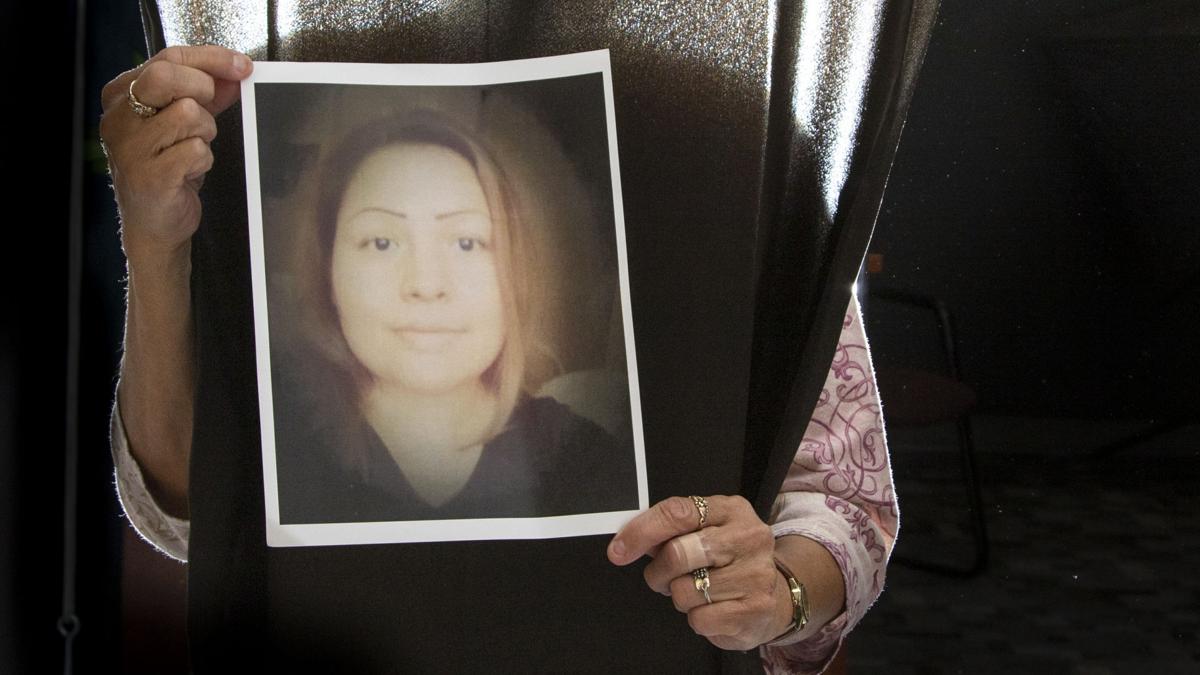 Sharon Brings Plenty holds a photo of her daughter Tessa Curley, a Box Elder woman who Brings Plenty found stabbed to death in her apartment on Oct. 11.