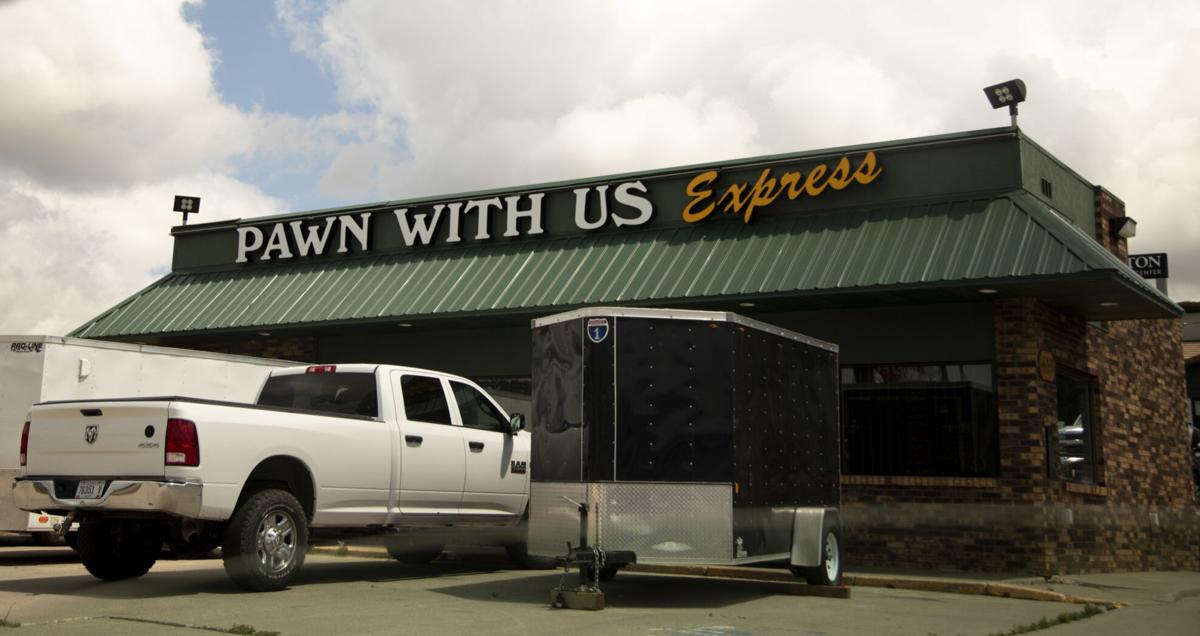 The former Pawn With Us Express property is now owned by NDN Holdings LLC and will become a cafe/Native gathering space. 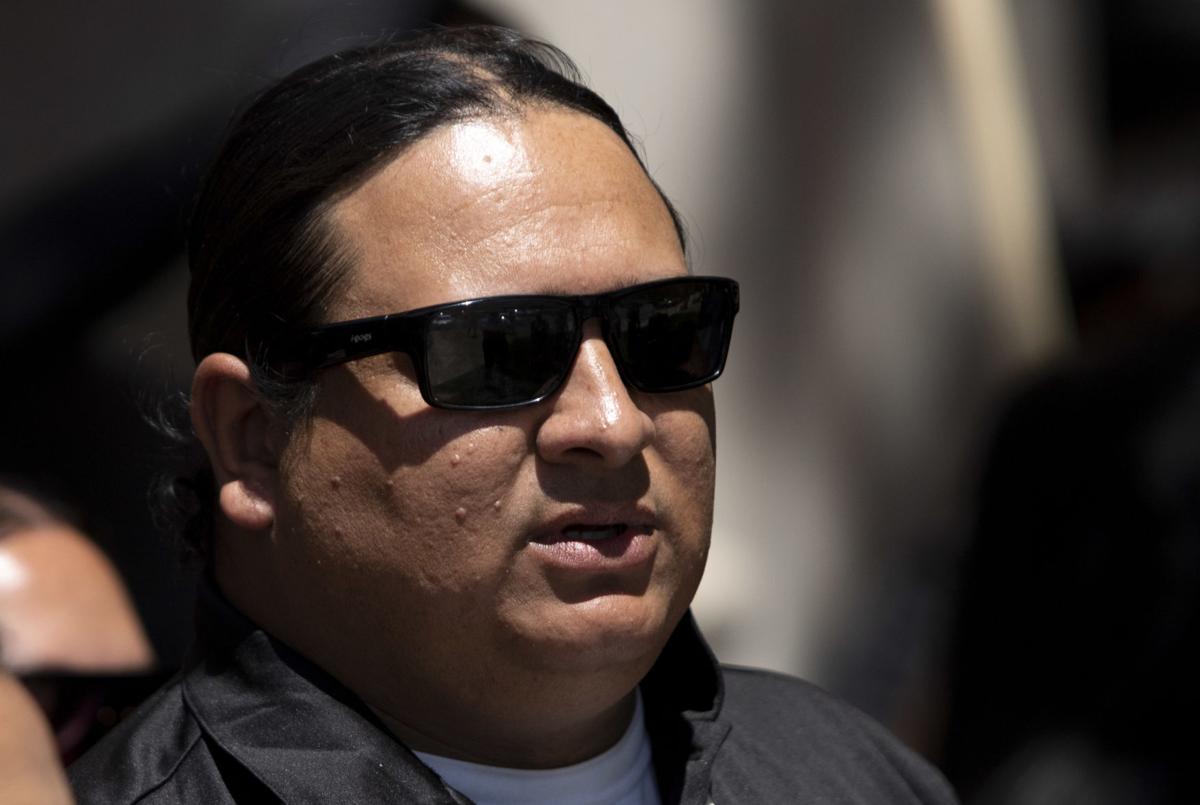 Nick Tilsen speaks outside the Pennington County Courthouse during a press conference in Rapid City. 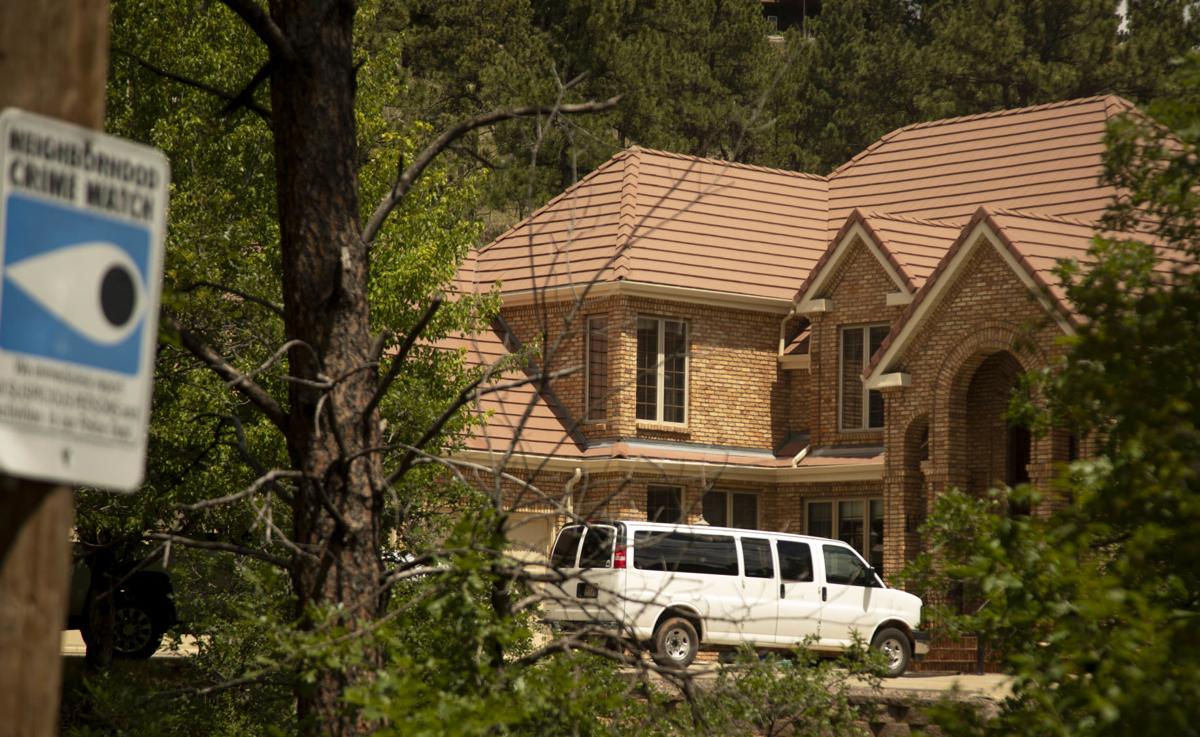 The Highland Park property is valued at over $1 million and sits on 16 acres near Mount Rushmore Road. 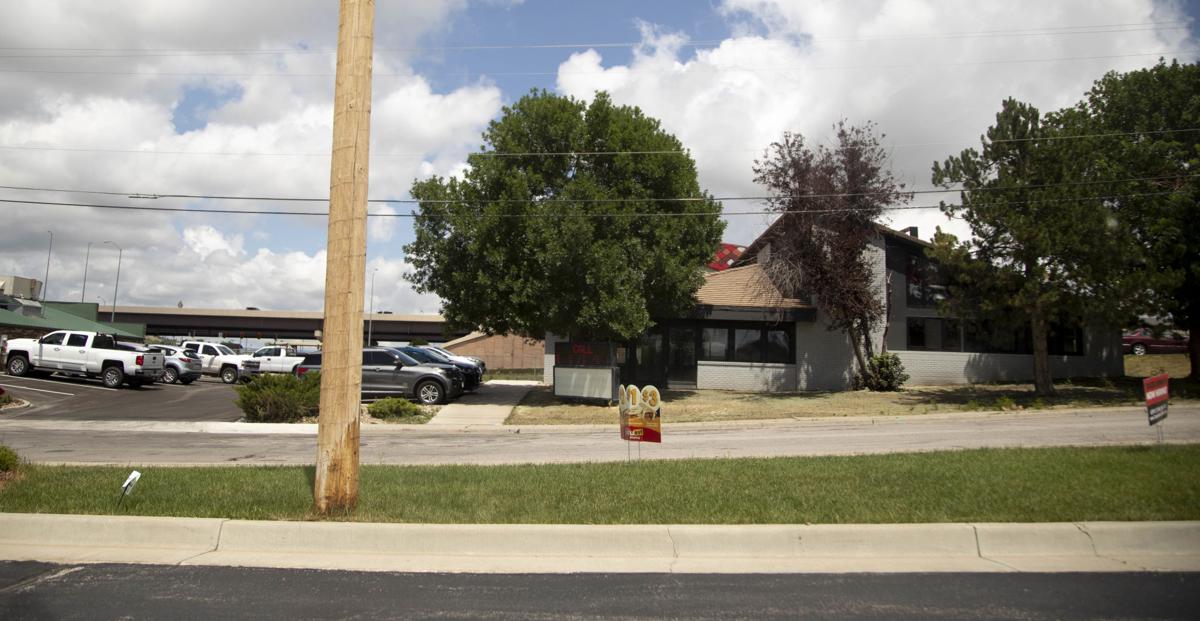 Cars fill the parking lot at the former Rapid Care/Regional Health Employee Health building, which is now owned by NDN Holdings LLC and will become its new headquarters.

The Indigenous nonprofit NDN Collective has acquired six properties over the last year for a total cost of $2,381,700. The land and property purchases will be used to expand its footprint in Rapid City and directly benefit Indigenous Rapid City residents, according to the organization.

Most of the properties are on or around Knollwood Drive in North Rapid City, but a property on Highland Park Drive was acquired on Feb. 26 for $1,316,500. The 16-acre property is zoned for residential use. It will be used to temporarily house out-of-town staff members, CEO Nick Tilsen told the Journal.

The main headquarters will relocate to the former urgent care building at 408 Knollwood Drive in spring 2022 once the building is renovated. NDN Holdings LLC acquired the property, which was built in 1990, for $700,000 on Jan. 17, 2020, according to Pennington County Equalization Office records.

The former Pawn with Us Express building at 418 Knollwood Drive was acquired by NDN Holdings on Dec. 15, 2020, for $285,000. The former pawn shop built in 1988 is next door to the former urgent care building and will be renovated into a café/restaurant/social gathering space for Indigenous people.

The café will serve as a social space whereas the new headquarters will function as office space for the Collective, Tilsen said. The Collective is currently negotiating with Indigenous coffee growers in Central America to provide Indigenous-made coffee for the café.

“There are few places for Native people in Rapid to gather and share food, culture, and coffee. The café will be designed for the community and in the community,” Tilsen told the Journal on Thursday. “It’s another place to engage the community and create some jobs.”

He estimated that, depending on the size of the operation, the café will create 15-30 job opportunities.

Two other lots behind Wild Idea Tattoo, also on Knollwood Drive, sold for $20,000 and $10,200, respectively, in February. The lots are between Knollwood Drive and Wright Street. A third lot at 232 Wright St. sold for $50,000 on Feb. 26 this year. These land parcels, also located close by the future NDN headquarters and café, will eventually become a Native American development corridor.

The plans for the corridor are not set in stone yet, as NDN Collective is still exploring the possibilities for different uses but will likely include office spaces for Indigenous small businesses and artists as well as affordable housing. Master planning will continue through the winter months, and ideally the nonprofit will break ground on the project in spring of 2023.

“Native people were removed to North Rapid after the [1972] flood, and that area hasn’t been invested in. It’s a rougher side of town so we purposely wanted to obtain land there to develop,” Tilsen said.

Tilsen said NDN Collective will be conducting a considerable amount of community engagement to identify some of the needs the Indigenous community has so that the space can have maximum impact. Affordable housing, for example, is an important component because lower income people are being priced out of their homes due to rising housing costs in the area.

The property acquisitions connect back to NDN Collective’s mission. Since its inception a few years ago, the Rapid City-based organization has grown into an international one and has garnered millions of dollars in donations from billionaires like Jeff Bezos who is donating $12 million from the Earth Fund over three years, MacKenzie Scott, and the Bill and Melinda Gates Foundation.

Tilsen said the new properties tie in to the Land Back movement by making it a reality. Land Back calls for the return of publicly-owned lands to the Indigenous people, but it also entails buying back private land.

“This is Land Back in real time. We’re buying back land here so we can begin to build the future we’re fighting for,” Tilsen said.

And while the organization has gone global, Tilsen wants to ensure NDN’s roots remain in Rapid City.

“It’s super exciting for me to see this happening as a longtime organizer and developer. When we organize and protest, we do those things to raise awareness [of injustice against Native people] and shift power structures, but we also roll up our sleeves to begin solving those problems,” Tilsen said.

Some people in the community, Tilsen said, label the Collective as a bunch of radicals that are not trying to work toward anything. But in reality, that couldn’t be further from the truth, he said.

“We’re innovators and creators, organizers, lawyers and journalists with a vast variety of skills who believe in our mission,” he said.

“Part of what we’re doing is specifically moving money and decision-making power out of mostly white-led institutions, and moving them into people of color and Indigenous institutions that have experience doing the work,” he said.

Donors are looking to give to organizations that are authentic and raw with clear missions and strong leadership and they are finding that in NDN, Tilsen said.

“NDN has a very solid theory of change: invest in Indigenous self-determination and build a more just and equitable world for all people. Everybody tries to ‘solve the Indian problem’ rather than investing in self-determination to solve their own problems,” he said. “People believe in [our work]. We’ve shown the ability to walk our talk... foundations want to know when they put their money somewhere, there’s forward-thinking leadership to implement their visions and ideas for change.”

In addition to using their donations to further their own mission, NDN offers grants to Indigenous organizations and nonprofits. Last year, NDN funded 446 different such organizations, totaling $14 million, across the Indigenous world, including groups in the Rapid City area, Tilsen said.

The former Pawn With Us Express property is now owned by NDN Holdings LLC and will become a cafe/Native gathering space.

Nick Tilsen speaks outside the Pennington County Courthouse during a press conference in Rapid City.

The Highland Park property is valued at over $1 million and sits on 16 acres near Mount Rushmore Road.

Cars fill the parking lot at the former Rapid Care/Regional Health Employee Health building, which is now owned by NDN Holdings LLC and will become its new headquarters.