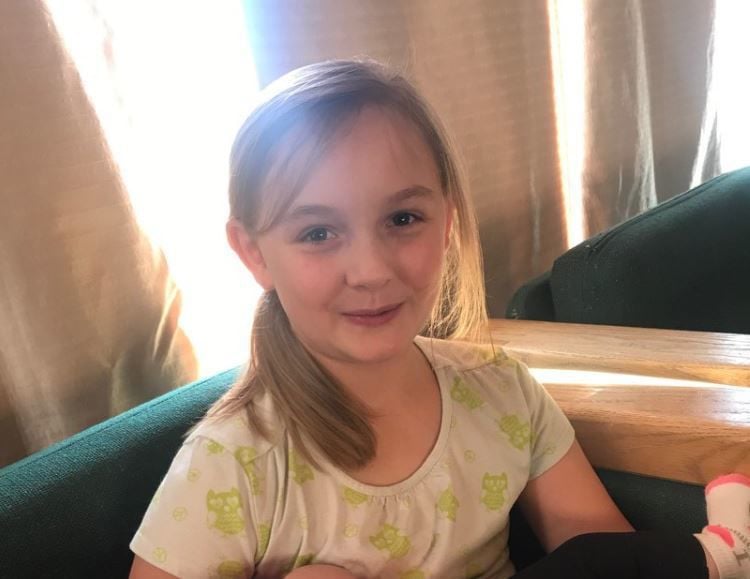 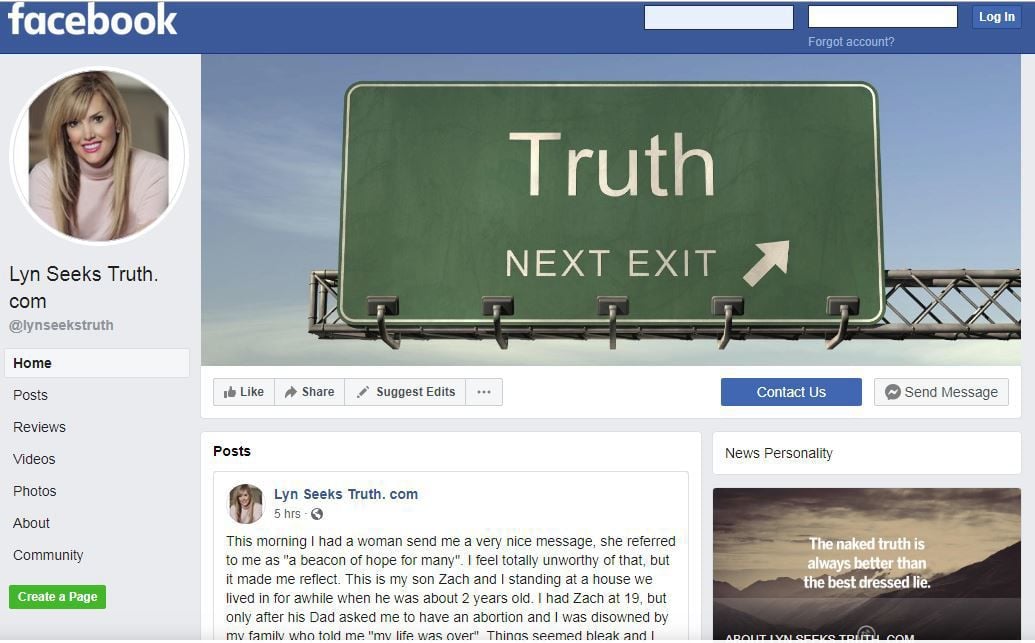 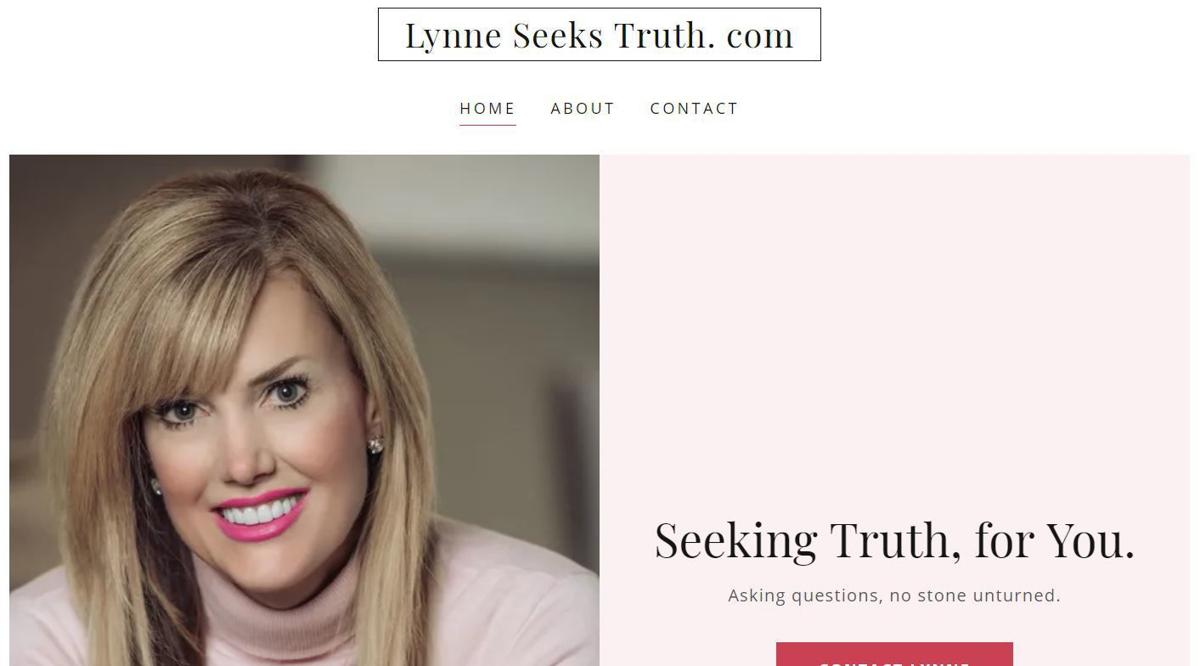 The Box Elder Police Department recently issued a no-trespass notification against state Sen. Lynne DiSanto, R-Box Elder, following a social media exchange between her and a constituent about a missing girl.

A written police report about the situation says that if DiSanto appears at the complaining person’s property at any time for any reason, DiSanto will be arrested.

The police report says the situation arose from communications between DiSanto and Patricia Kassner, of Box Elder, on Facebook. DiSanto runs a Facebook page titled “Lyn Seeks Truth. com,” which she launched in May and has devoted primarily to commentary, videos and other content related to the Serenity Dennard missing-person case. The page (which was live and public as recently as Tuesday but was not available Wednesday morning) describes DiSanto as a news personality, author and motivational speaker. DiSanto also has a similarly named website, lynneseekstruth.com.

Dennard was 9 years old when she walked away in February from the Black Hills Children’s Home, which is in a mountainous, forested, rural area near Rockerville. Dennard has not been found, despite an investigation by authorities and multiple searches.

According to the police report about the DiSanto trespass notice, Kassner posted written messages to DiSanto’s Facebook page accusing DiSanto of using the Dennard case to gain attention for herself.

“To use a situation like this for your own personal gain and just to stir up drama is just evil,” said a portion of one of Kassner’s messages to DiSanto, according to the police report.

In DiSanto’s written replies, according to the police report, DiSanto called Kassner “completely and totally ignorant.” DiSanto also wrote, “Patricia Kassner I see you live close to me!!! Awesome! I’ll be stopping by to say Hi so we can talk face to face soon.”

On July 1, Kassner contacted law enforcement and reported DiSanto’s messages as a threat.

Lt. Chris Misselt, of the Box Elder Police Department, subsequently spoke with Kassner, who requested a no-trespass notification against DiSanto. Kassner expressed concerns about a potential confrontation with DiSanto but admitted, according to Misselt’s report, that DiSanto would “probably not” show up to assault her.

Misselt then invited DiSanto to the police department and spoke to her there. DiSanto did not intend her communications with Kassner as a threat, she told Misselt, according to his report. DiSanto also described Kassner as “probably a hostile, unstable, angry person” and as somebody who “is probably not dealing with a full deck of cards,” according to Misselt’s account of DiSanto’s statements.

Misselt issued the trespass notification against DiSanto but wrote in his report that he was “unable to meet the elements of any criminal offense possibly applicable.” He filed his report on July 3 and gave a copy of it this week to the Journal upon the newspaper's request.

DiSanto, in a phone interview Tuesday with the Journal, said there was “no story” to be reported about the situation.

“There’s really nothing to say,” she said. “When people engage on social media, things can get taken out of context, and there was nothing that happened.”

Kassner told the Journal that DiSanto is “obviously using the Serenity Dennard situation for her own benefit.”

Kassner offered several examples of DiSanto's behavior, including a search party for Dennard that DiSanto organized separately from law enforcement, which Kassner said could have trampled evidence or resulted in injuries to untrained searchers. Kassner also mentioned a poll that DiSanto posted on Facebook about a video message from Dennard's biological father. In the poll, DiSanto asked her followers, "What's you're opinion? He loves his daughter, and you feel bad for him? Or he doesn't really care, and too little too late?"

Kassner also criticized DiSanto for featuring large photographs of herself as the primary images on her Facebook page and website, instead of more prominently featuring images of Dennard.

"Go onto any of her pages," Kassner said of DiSanto, "and what is the first thing you see but a big picture of her?"

Others have made similar allegations against DiSanto on DiSanto’s Facebook page and in tips to the Journal. DiSanto also has many supporters who make comments on her Facebook page.

Critics have specifically questioned DiSanto’s use of Dennard’s name and image in fundraising campaigns. A GoFundMe webpage operated by DiSanto called “Bring Serenity Dennard Home” has so far attracted donations of $1,180, and DiSanto said Tuesday that other auctions and raffles have brought in $1,710.88, for a total of $2,890.88. DiSanto said none of the money has been spent, and said she is hoping to reach $10,000 to start a reward fund for information leading to the resolution of the Dennard case.

Responding more broadly to the criticism about her activism regarding the Dennard case, DiSanto said, “My response to that is that when you have a missing child and you’re using your platform to provide information on that missing child, I believe that’s using your platform in a positive way. And my question is, why are more elected officials not concerned about this story and talking about it?”

DiSanto’s social media activity previously made news in 2017 when she shared an “All Lives Splatter” meme on Facebook, approximately one month after a person was killed and others were injured when a man drove a car into a group of people who were protesting against white supremacists in Charlottesville, Va.

During the fallout from the meme controversy, a real estate firm ended its association with DiSanto, and a nonprofit organization dropped her from a speaking engagement. DiSanto went on to a 24-point victory in her 2018 campaign for re-election to the Legislature.

Gov. Kristi Noem has ordered the state Department of Social Services to enact a series of wide-ranging reforms intended to improve the safety …

Authorities have conducted another search for a missing girl in western South Dakota, but she was not found.

Dog teams will continue searching Saturday for a girl who has been missing for more than three months.

The Pennington County Commission has approved the use of $73,243.92 in federal funds to help offset the cost of an ongoing search for a missin…

The secretary of the South Dakota Department of Social Services is resigning after just three months in office.

Director of Children's Home Society to retire at end of year

The executive director of the Children's Home Society will retire at the end of the year, the nonprofit said in a news release.

Cadaver scent found in area where missing girl ran away

Search for missing 9-year-old bumped up to Wednesday

The Pennington County Sheriff's Office will resume searching Wednesday for a girl who has been missing since she ran away Feb. 3 from a reside…

A stuffed pink unicorn with lilac hoofs sits on Serenity Dennard's neatly made bed with its arms open wide, waiting for the missing girl to re…

State Sen. Lynne DiSanto, R-Box Elder, received approval from a judge to legally change her first name to Lyndi on Thursday at the Pennington …

Lyndi DiSanto, one of the Legislature’s most controversial members, is resigning from the state Senate. 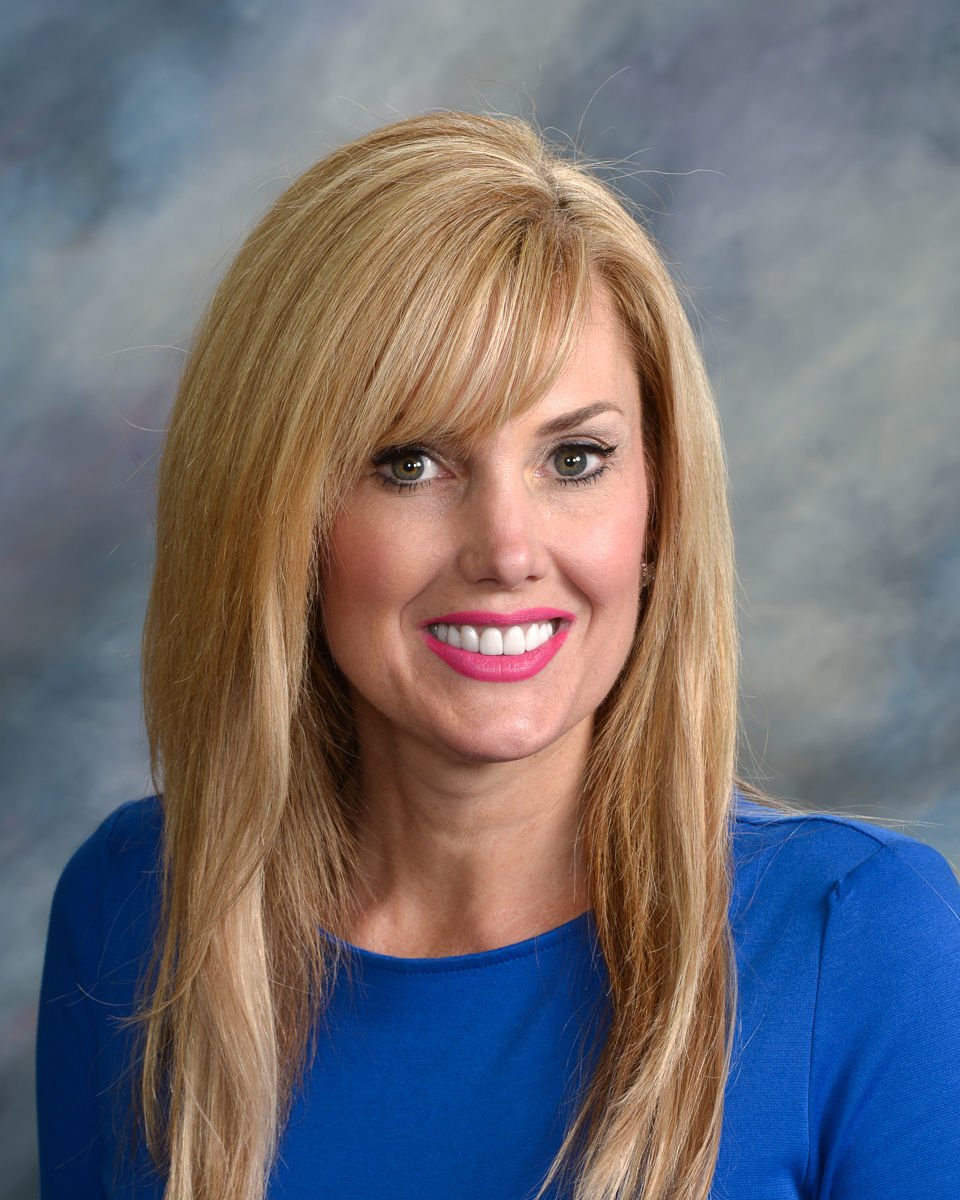