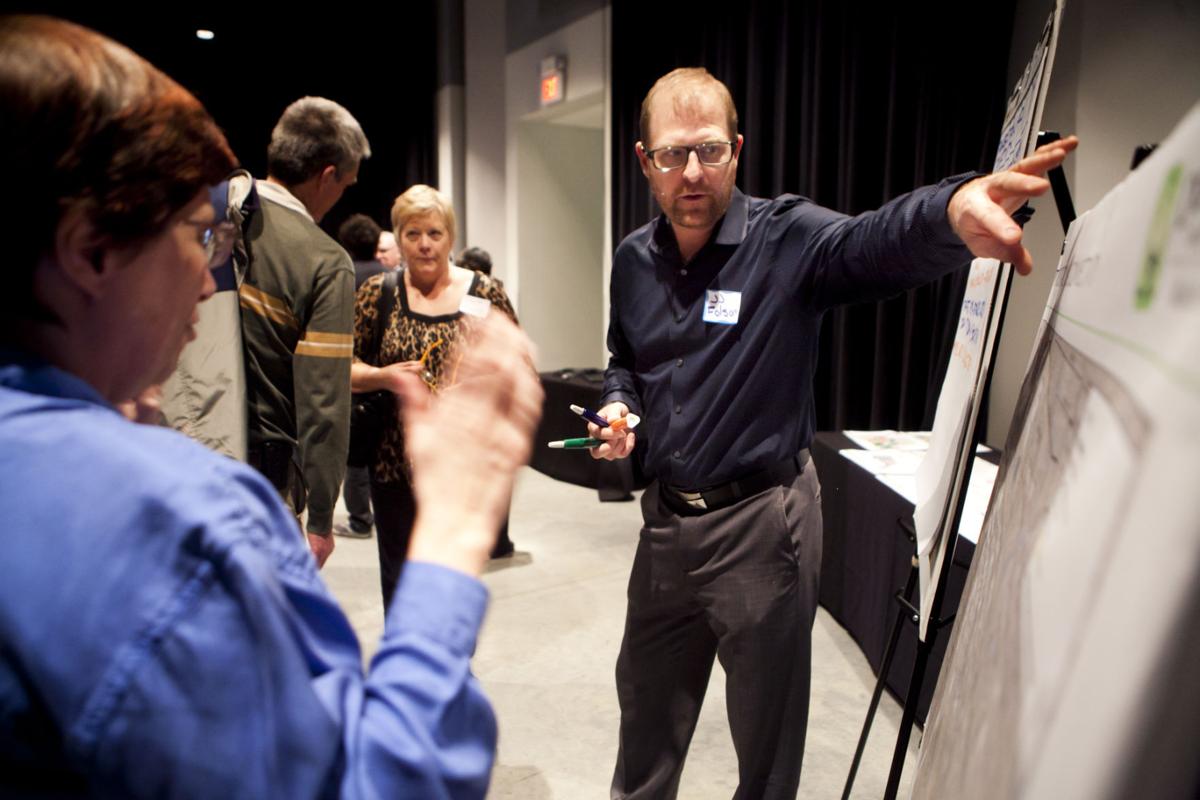 J.J. Folsom, with Progressive Urban Management Associates, talks with residents about their thoughts on improving the transportation in downtown Rapid City as part of the Downtown Master Plan community meeting Wednesday night at the Dahl Arts Center. 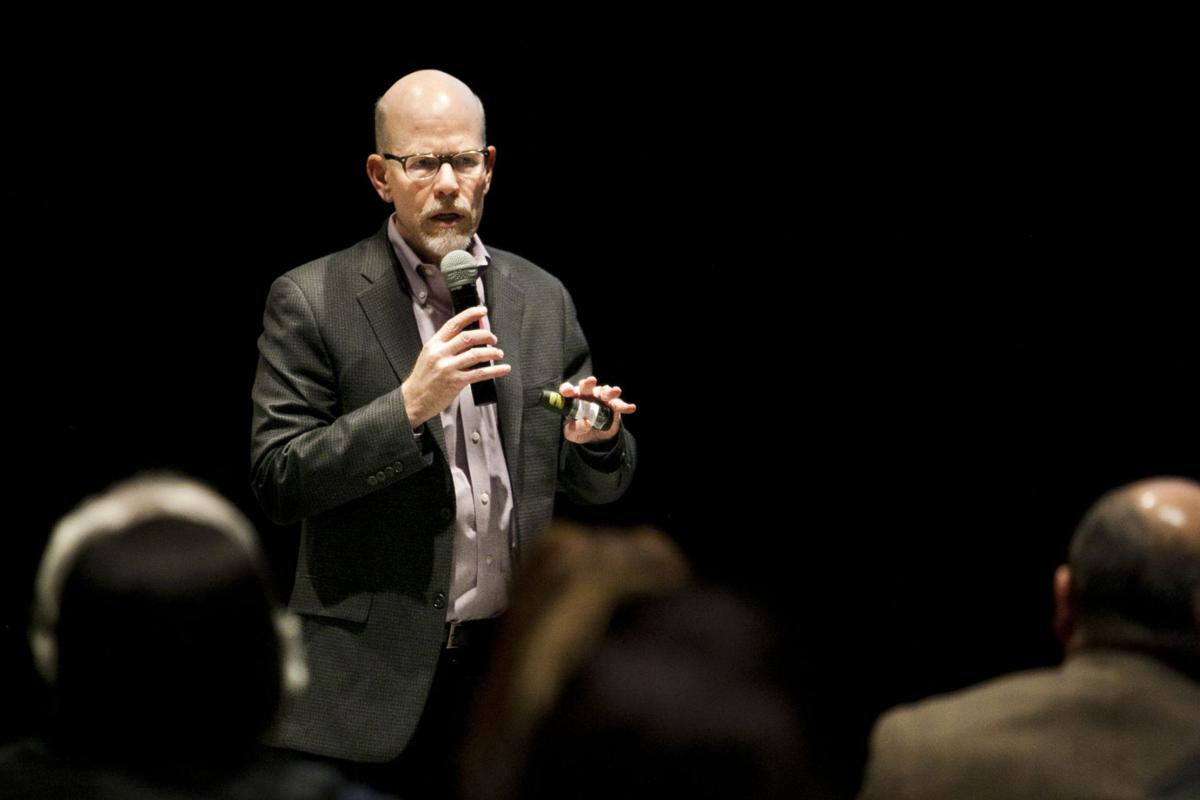 Wednesday night at the Dahl Arts Center, Brad Segal, president of Progressive Urban Management Associates, explains to a crowd of 100 the factors desirable for downtown vibrancy. The open house focused on the development of the Downtown Master Plan.

A lot of people who have ideas about the development of downtown Rapid City found their voices Wednesday night.

They were among the 100 or so residents who gathered around consultants at the Dahl Arts Center to pitch their best ideas for the future of downtown as the city had an open house, a presentation and discussion about the developing Downtown Master Plan.

That plan, a blueprint of how the community envisions the future of downtown, will help guide public and private investments over the next 5 to 10 years.

Brad Segal, president of the consulting firm Progressive Urban Management Associates, known as PUMA, spoke to the crowd for 30 minutes about global trends affecting the city. Working with the city to develop the plan, Segal described the rising millennial workforce and their needs for a livable downtown. Segal said millennials drive less, walk more and want to live downtown.

He introduced the term "rebounder," which describes a person who grew up in Rapid City, moved away for college or a job, and then moved back to the area to live. He said attracting more rebounders, who are typically millennials, will be crucial for the growth of Rapid City and the downtown area.

Segal emphasized the importance of the proximity of the South Dakota School of Mines & Technology to downtown. Creating a downtown space that appeals to Mines students will keep that talent and energy in the area.

Resident Conissa Krueger spoke about the importance of creating well-paying jobs for those rebounders looking to move back home.

"It's difficult to move back because there aren't the job opportunities," she said. Krueger recommended working closely with Mines to create well-paying technology jobs in the area.

Bussell sees the growth of the urban bike movement and wants Rapid City to prepare for it, saying, "I think that the bike movement is coming. It's here slightly, but it's going to get bigger and I think we need to get ready for that."

Bussell also wants to see the bike path expanded to south Rapid City where she lives. She said the sidewalks in her neighborhood are not easily walkable and she would like another transportation option for getting into town.

Busse has been pleased with the development of downtown in the recent past, including the Dahl Arts Center renovations and other cultural spaces.

He wants those kind of investments in art in culture to continue, saying, "Keep trending in the direction we are going." He added,"Promote the growth. Expand the ability for businesses to come in."

Stevens High School freshman Larson wants there to be more spaces downtown that cater to people under 21 or those who don't drink alcohol. She said, "There really isn't a youth or high school market downtown. Downtown isn't really a place where you go to hang out for any long period of time."

Larson recommended adding more businesses like coffee shops and having them open later in the evening.

Consultants and planners at the open house collected public opinion by using interactive idea stations for the following topics: business development and innovation; transportation and connectivity; and livability. Those stations had maps of downtown and other planning documents. Consultants wrote the ideas of residents on large posters for everyone to see.

The consultants from PUMA collected the dozens of ideas pitched by residents and will integrate those ideas into the master plan.

Segal said a draft downtown master plan should be presented to the public around April of this year.

This was the first of  two open houses to discuss and solicit input for the Downtown Master Plan. The second open house will be from 9 a.m. to 10:30 a.m. today at the Dahl Arts Center.

Mexico City prepares for Day of the Dead parade

Mexico City prepares for Day of the Dead parade

J.J. Folsom, with Progressive Urban Management Associates, talks with residents about their thoughts on improving the transportation in downtown Rapid City as part of the Downtown Master Plan community meeting Wednesday night at the Dahl Arts Center.

Wednesday night at the Dahl Arts Center, Brad Segal, president of Progressive Urban Management Associates, explains to a crowd of 100 the factors desirable for downtown vibrancy. The open house focused on the development of the Downtown Master Plan.