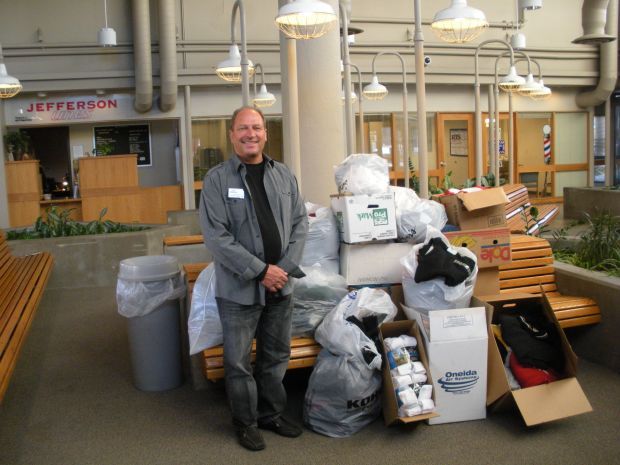 Larry Zimmerman, secretary of Veterans Affairs, is seen here with about one-third of the items RSVP+ gathered as part of their SOS for Veterans fundraiser. Zimmerman helped distribute the goods to veterans in need. 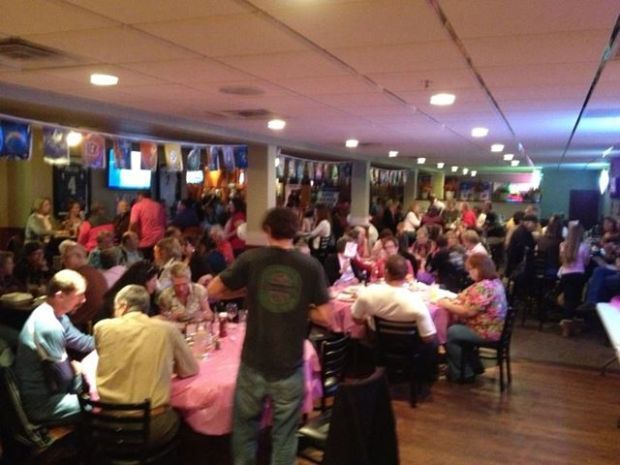 A crowd gathers for the Bras for a Cause auction. 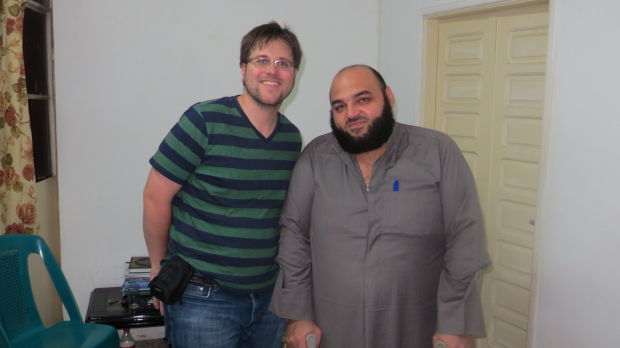 Karl Kroger, left, a pastor at Grace United Methodist Church, traveled to Syria to give food and assistance to Syrian refugees like Abu Feras.

As a world community, we have failed.

At least that's how Grace United Methodist Church pastor Karl Kroger felt when the most recent violence broke out in Syria.

Kroger traveled to the Middle East about five years ago and has felt connected to the area ever since. This summer, the Piedmont man decided to do something, anything, to help those in the conflict area.

Research put him in touch with a school from Bethlehem that was traveling to Jordan to help refugees. They were open to him assisting and he headed to the area in early October.

Kroger spent a week in Mafraq, Jordan, visiting some of the 5,000 Syrian families that have crossed the border there. He and students from Bethlehem Bible School listened to stories of pain and suffering caused by war, delivered supplies ranging from foam mattresses to food and cooking supplies, and prayed with, and for, the refugees.

"It's such a complex problem and people don't necessarily know what they can do to help, and I just think the very least thing we can do with people in the middle of war is to sit and be present with them and listen to them," he said. "We didn't just go and give people some supplies and tell them to have a nice day, but we would sit for one to two hours sharing stories, laughing, finding additional ways we could help and praying for them."

The people he visited inspired Kroger.

"[They] were incredibly resilient and still are doing their best to show kindness, hospitality and to find joy in life still," he said.

Kroger hopes to return, bringing others to assist more refugees in the area.

Last year after a cancer fundraiser she organized flopped, Katie Parker approached Linda and Frank Morrison about hosting the event at Thirsty's, the downtown business the couple run together.

The Morrisons, who knew Parker's father, but had never met her before, agreed immediately and Bras for a Cause re-launched.

"Cancer has touched everybody's life in one form or another so we were pretty enthusiastic to get on board with that," Frank Morrison said. He and his wife have lost three parents to cancer.

The couple didn't just let Parker, who serves as the volunteer director for the event, use their space.  They also put their money and staff behind the project.

"They were so involved," Parker said. "They wanted to make it successful. It was super amazing."

The Morrisons even commissioned a bra, one made of white deerskin decorated with beading, which was the top-selling bra at the event.

"They love it, their staff enjoys it, to really have them partner with me to fund raise is more than I could ever ask for," Parker said.

The Oct. 10 event featured 40 bras decorated by people in the community. Rapid City firefighters modeled the bras which were auctioned off to raise money.

This year, to Parker's disappointment, not all bras sold. But the Morrisons came to the rescue again, agreeing to host a silent auction at their bar/restaurant that ended Monday.

The live and silent auction raised just under $2,900.

Donations are still being accepted. To donate, visit facebook.com/bfacrc

The annual roundup of donations was in honor of Make a Difference Day in which volunteers across the nation give time, money or goods to those in need on a specific day, this year on Oct. 26.

The 50 RSVP+ volunteers participating in the project purchased, donated or gathered donations from churches for veterans at the Fort Meade and Hot Springs campuses of the VA Black Hills Health Care System. One-third of the donations were given to the Cornerstone Rescue Mission.

The group has held the SOS for Veterans event for three years.

"We were glad to do it," said director Angie Weeks. "As a volunteer organization, it's important that while we're making a difference every single day, to come up with a project over and above that and bring to the front burner what volunteers are doing on a daily basis."

RSVP+ has over 600 volunteers in the program who contribute about 12,000 hours in the community each month.

Larry Zimmerman, secretary of Veterans Affairs, is seen here with about one-third of the items RSVP+ gathered as part of their SOS for Veterans fundraiser. Zimmerman helped distribute the goods to veterans in need.

A crowd gathers for the Bras for a Cause auction.

Karl Kroger, left, a pastor at Grace United Methodist Church, traveled to Syria to give food and assistance to Syrian refugees like Abu Feras.