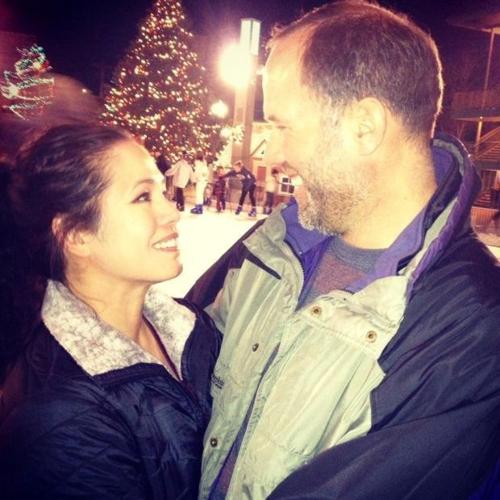 Employees at the U.S. Post Office are organizing a fundraiser for Maria and Kent Snow. The couple have been out of work since November, when Kent was diagnosed with a brain tumor. 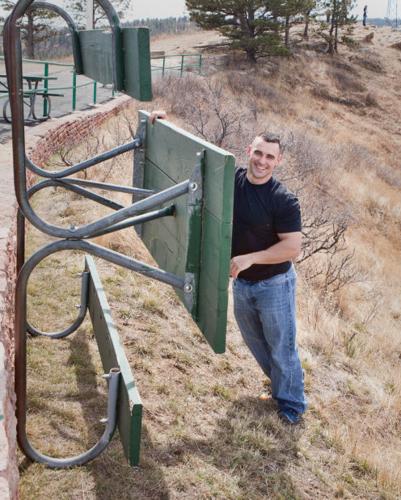 Staff Sgt. Jason Cherry hauled a picnic table up from where it had been tossed by vandals to the bottom of the hill on the west side of Dinosaur Park.

Maria and Kent Snow fell in love when they were stationed together at Ellsworth Air Force Base.

The couple — he from Colorado, she from the Philippines — decided to make the area their home. After getting out of the military, they both got jobs with the U.S. Postal Service.

The couple are devoted in their commitment to others: helping train rookies at the post office, offering advice to friends or just being helpful and kind to those around them.

"Being around somebody so caring is so enlightening," said Will Winch, a fellow postal worker.

In November, the Snows were surprised to find themselves the ones in need of support.

Kent was sidelined with an incredible headache. An MRI revealed bleeding in the brain, though doctors were unsure of the cause: a clot or a tumor.

After repeated visits to the doctor, the mass in his brain had doubled and he underwent a craniotomy on Dec. 6 to remove a tumor. Post-surgery analysis revealed it was small cell cancer with an unknown primary origin. Kent began 15 low-dose radiation treatments.

"He was doing great," Maria said. "Doing outpatient rehab, walking with a cane."

Then, all of a sudden, he had a urinary tract infection. It was treated with antibiotics, according to Maria, but the fever persisted for a week.

She took him to the emergency room where he was given more tests; Doctors were puzzled that the fever was persisting. While at the hospital, Maria put her hand on Kent's left leg. It was warm, warmer than normal. A blood clot was discovered in his left thigh.

Between the UTI, the radiation and the blood clot, Kent was no longer walking.

Now in rehab, Kent's appetite is starting to come back, as is his energy.

But the Snows are facing more difficulties. Neither has been working since Kent got ill. They've been using sick leave and Family Medical Leave Act time to take off work.

To assist the couple with medical costs, Winch is spearheading a fundraiser for them. They have touched so many of their coworkers' lives that the entire team at the U.S. Post Office is pulling together to host the event, he said.

"They've done so much for other carriers. We are going to step up and show them some love, some support," Winch said. "It is a worthwhile cause and I'm going to do whatever I can for them."

Maria, shy by nature, is stunned by the outpouring of support they've received during the last few months.

"I knew we had friends, but we didn't realize that they care, they really care," she said. "It's just amazing, from the very beginning, people every day extending help and a lot of people praying."

The fundraiser is planned for Saturday, March 29 from 6:30 to 9:30 p.m. at St. Therese Catholic Church, 532 Adams St. The event will feature a spaghetti dinner, a bake sale and a silent auction. There will be a bowl on each table for attendees to place donations.

Judy Larson of Hill City loves to enjoy the spring weather at Dinosaur Park. That's why she was a dismayed to discover that vandals had defaced some of the dinosaurs recently.

Most of the graffiti was cleaned up quickly, but it was a resident new to the area who went the extra step to help out.

Air Force Staff Sgt. Jason Cherry and his family had just moved to the area from Whiteman, Mo. He and his wife took their three kids up to play, stretching their legs since they'd just spent hours in the car during the move.

Larson spied Cherry and his family as they both arrived at the park at the same time.

"They caught my eye," she said. "I just love young families with children doing sweet things."

The family quickly loped past her and her husband and by the time they made it to the top, Larson saw Cherry's wife peering over the edge toward the west side of town.

Cherry had spotted a picnic table that had been tossed by the vandals down the hill. He had scurried down and was slowly pulling it back up the hill.

"It seemed like there was some vandalism going on and I just did a little bit of what I could to fix it up," he said.

Larson said it wasn't just a little bit. The table was cumbersome and heavy.

"He flipped it upside down and with all of his might was taking one step forward and bringing the table with him," she said, adding that he lugged the table at least 75 feet up the steep hillside before getting assistance flipping it back over the rail at the top.

"He saw something that was out of place and took the initiative to put it where it should be," Larson said. "It was so sad that there was graffiti up there, but then I thought that's not the focus, the focus is this young airman and his family getting to know their new community. And being so excited about it. It was really heartwarming."

Of note from readers

The Trinity United Methodist Church's Olson Family benefit dinner, show and silent auction on March 2 gathered more than $7,000 for the Rev. Ron Olson, his wife Michelle and his daughter, Maija, 10. The family is recovering from a December wreck that left all three of them hospitalized and paralyzed, Maija from the waist down. The committee that organized the benefit would like to thank everyone who was involved in the process of planning and executing the event. — Debbie Vardiman, chairwoman

Employees at the U.S. Post Office are organizing a fundraiser for Maria and Kent Snow. The couple have been out of work since November, when Kent was diagnosed with a brain tumor.

Staff Sgt. Jason Cherry hauled a picnic table up from where it had been tossed by vandals to the bottom of the hill on the west side of Dinosaur Park.