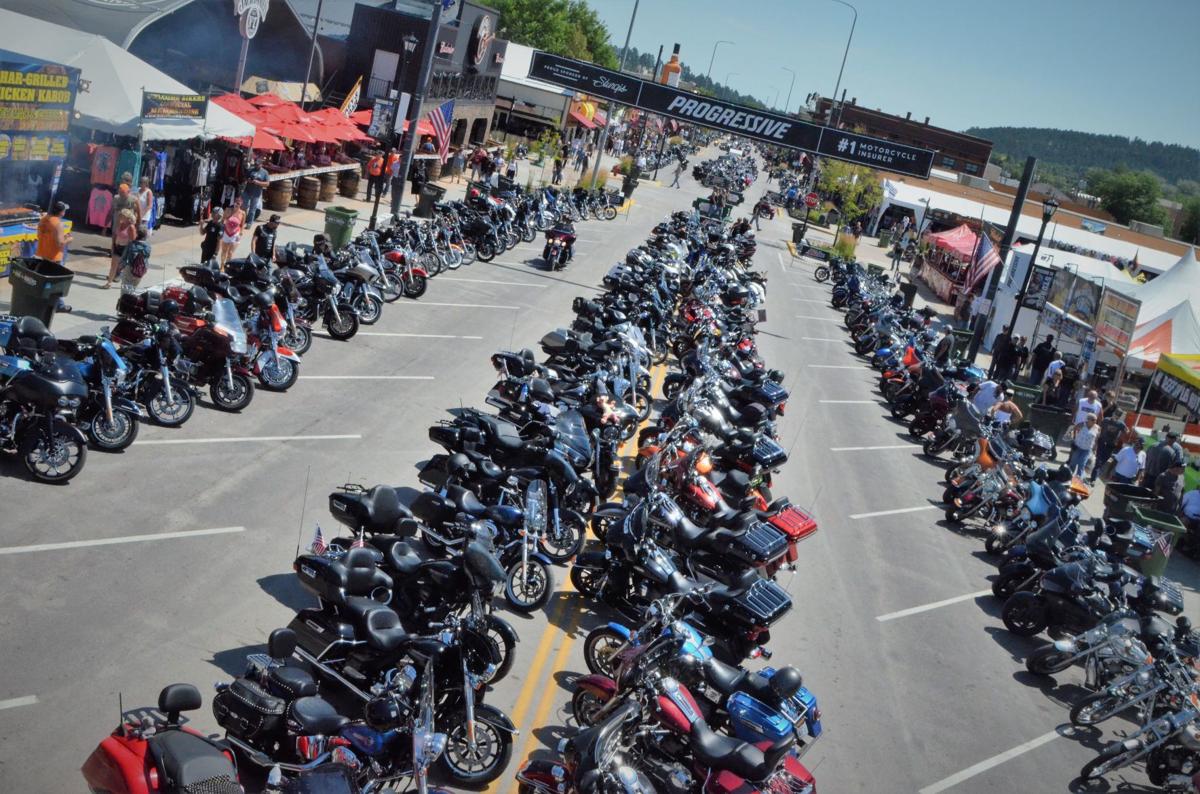 Sturgis' Main Street was filled with motorcycles throughout the 10-day run of the 79th Sturgis motorcycle rally in 2019. 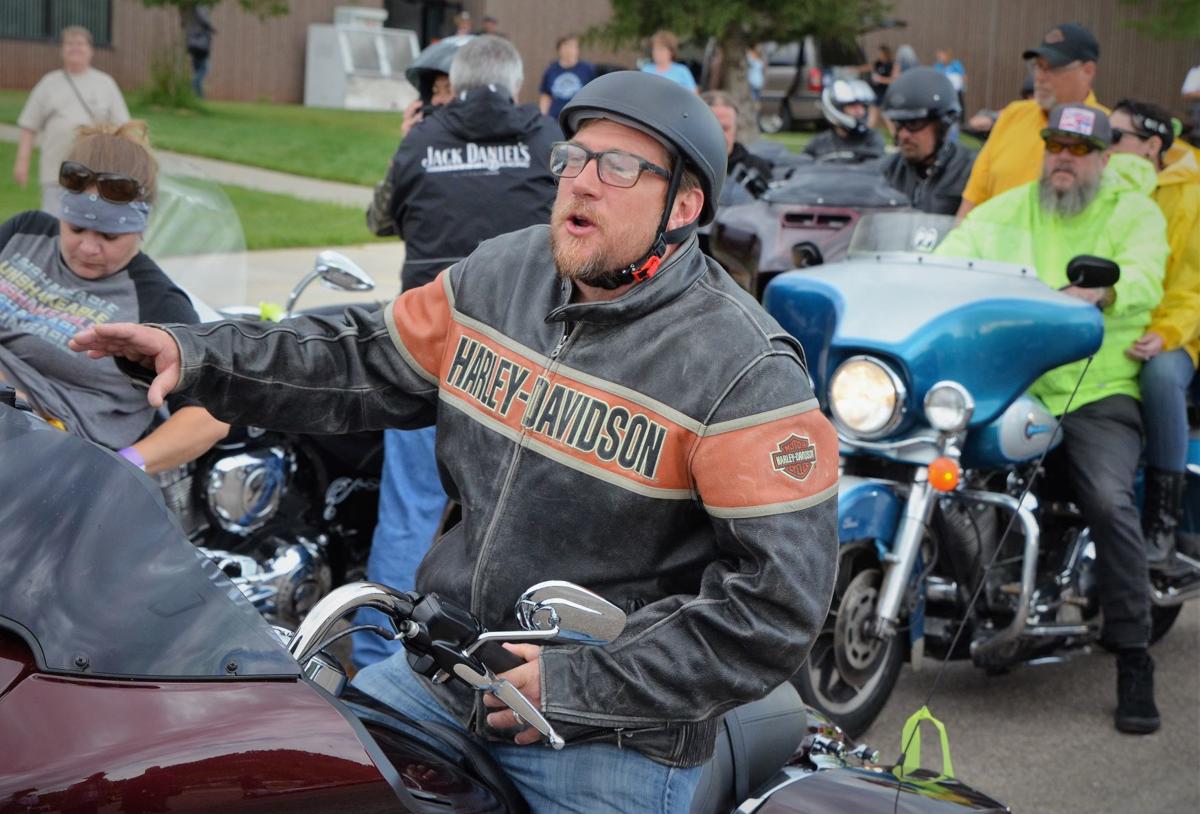 Mayor Mark Carstensen said regardless of the coronavirus pandemic motorcyclists will come to the Black Hills in August for the 80th Sturgis rally whether the city hosts it or not.

The city council will host a special meeting June 8 to discuss the rally and make an official decision June 15. The rally is scheduled to run from Aug. 7-16.

The city also has sent a poll to residents asking for their thoughts about hosting the rally during a pandemic that so far has claimed at least 50 lives in the state and more than 95,000 nationally. Public Information Officer Christina Steele said in an email to the Journal that results from the poll won’t be available until after May 26.

Carstensen said Friday the city is having discussions with the Department of Health about the rally, which traditionally brings hundreds of thousands of visitors to the Black Hills from across the nation and other countries.

Maggie Seidel, senior advisor and policy director for Gov. Kristi Noem, said in an email Friday to the Journal that “conversations are ongoing” between the governor’s office and Sturgis city officials.

The state health department did not immediately respond to a request for comment.

A manager with The Hotel Sturgis said all 22 rooms have been booked for the week of the rally and there is a waiting list. She said there have been no cancellations yet.

According to the Iron Horse Campground website, RV full hookups are sold out for the 2020 rally and self-contained RV or trailers over 12 feet are available.

Mary Hershey-Brandner with Bear Butte Creek camping said she’s had some cancellations and reservations to take their place. She said she has a list of people waiting for the city council's final decision.

“I’m thinking they will be open,” she said. “I’m against it. I’d rather they closed it, the rally, but your big campgrounds aren’t going to allow that. … I’m not living in fear, but it doesn’t make sense to throw that many people together.”

Dawn Kelly, general manager at Baymont Inn & Suites in Sturgis, said business for local hotel owners has already been suffering over the years with more hotels and motels popping up in the Black Hills.

"This is so devastating to these hotels, and now with this COVID ... We appreciate any of the business we're getting," she said.

Kelly said the hotel has been experiencing a number of cancellations for rally week and that other reservations hinge on what the Sturgis City Council does on June 15.

Carstensen said the council has two or three calls planned next week with state staff and elected officials in the area.

“There’s got to be some effort made no matter what after the influx of people come and go to try to make a sensible plan to ensure the spread of the virus is minimized,” he said. “That goes down to even regular activities of public works nightly. It’s a large undertaking.”

Carstensen said if the council does approve the rally’s continuation for August, social distancing guidelines will be in place.

He said even if the council doesn’t approve the rally dates, it will be difficult to keep people out of Sturgis, short of putting up physical barriers, which he doesn’t see happening.

In the Facebook video, Carstensen also discussed the changed structure to the city’s finances. He said the rally pays for itself and the city receives a return on investment that has allowed the reserve fund to grow into the millions, which gives the city some flexibility to work on projects like city parks or the water treatment facility, which is roughly an $18 million project, he said.

He said the city estimated the return on investment for the rally at $1.7 million.

“We’re certainly in a better position than we could’ve been in when this situation arose, but still it’s a daunting task to face a deficit of that number,” he said.

In a May 14 Facebook post that has since been taken down, the city discussed the financial impact of the rally and what could be done to make up for the loss in revenue, including an increase in property tax.

In the Facebook video from Thursday, Carstensen said the city has lowered the mill levy, a property tax, by 41% from its highest point.

Carstensen said there are still a lot of questions left unanswered regarding the possibility of the rally this year and the council’s June 15 decision date is approaching quickly. However, he said he’s glad there’s still time to collect data, opinions and input.

“We’re working hard on it and we’ll see what happens,” he said. “It’s a difficult situation no matter what happens.”

In the video, Carstensen also addressed June events for the city that are still on and those that are canceled. They are as follows:

Sturgis' Main Street was filled with motorcycles throughout the 10-day run of the 79th Sturgis motorcycle rally in 2019.