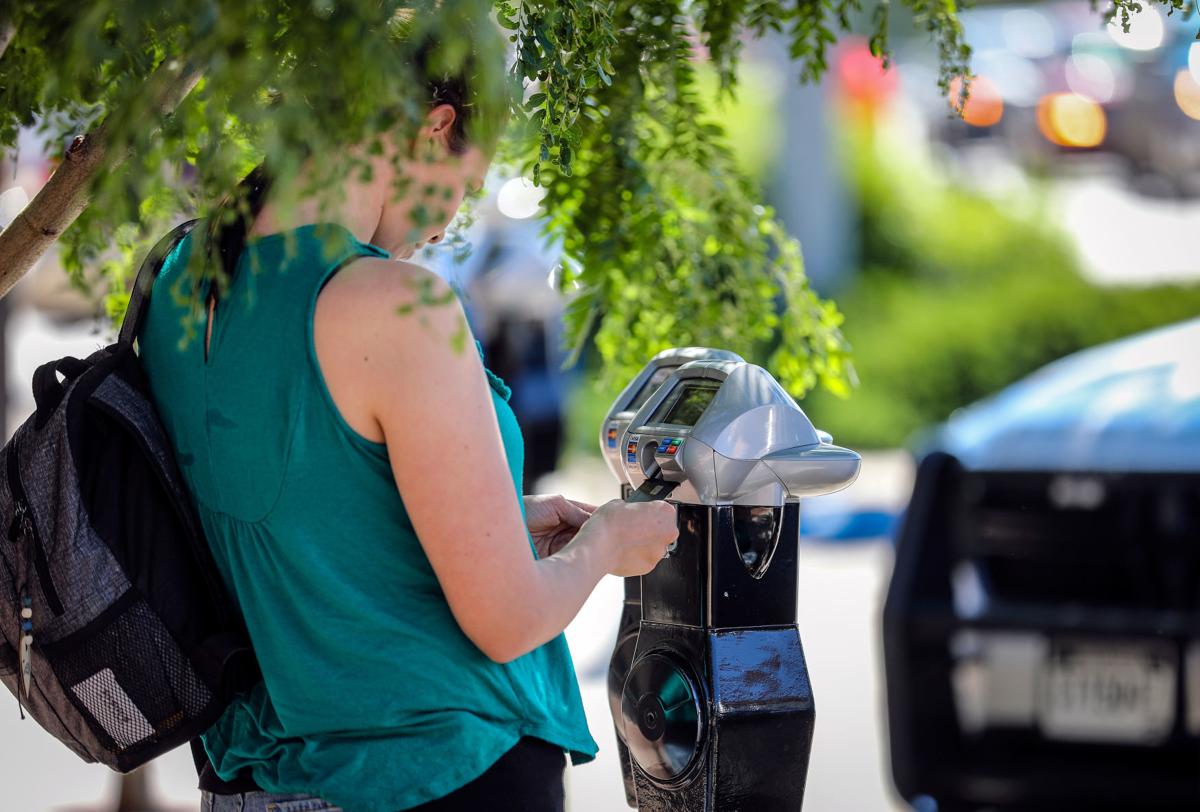 "Didn't they used to be free? I would prefer it be free," says Katlin Bridgman as she uses one of the new parking meters on Main Street in downtown Rapid City. 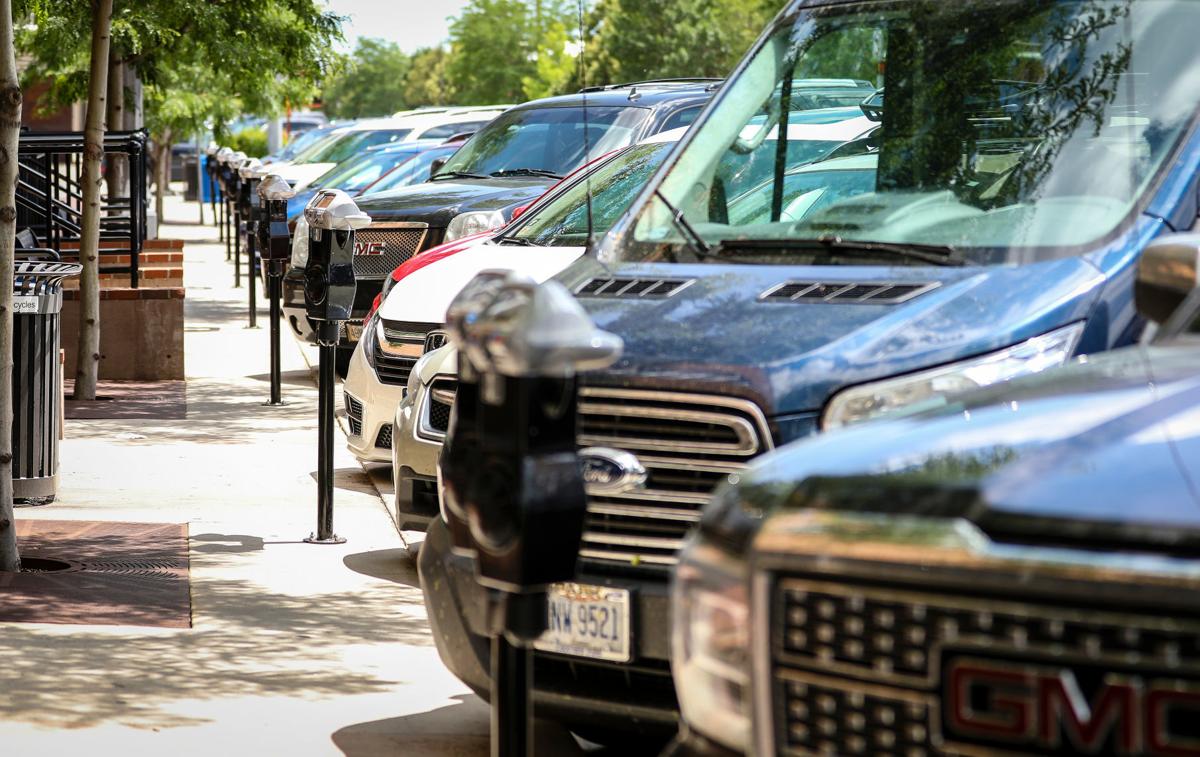 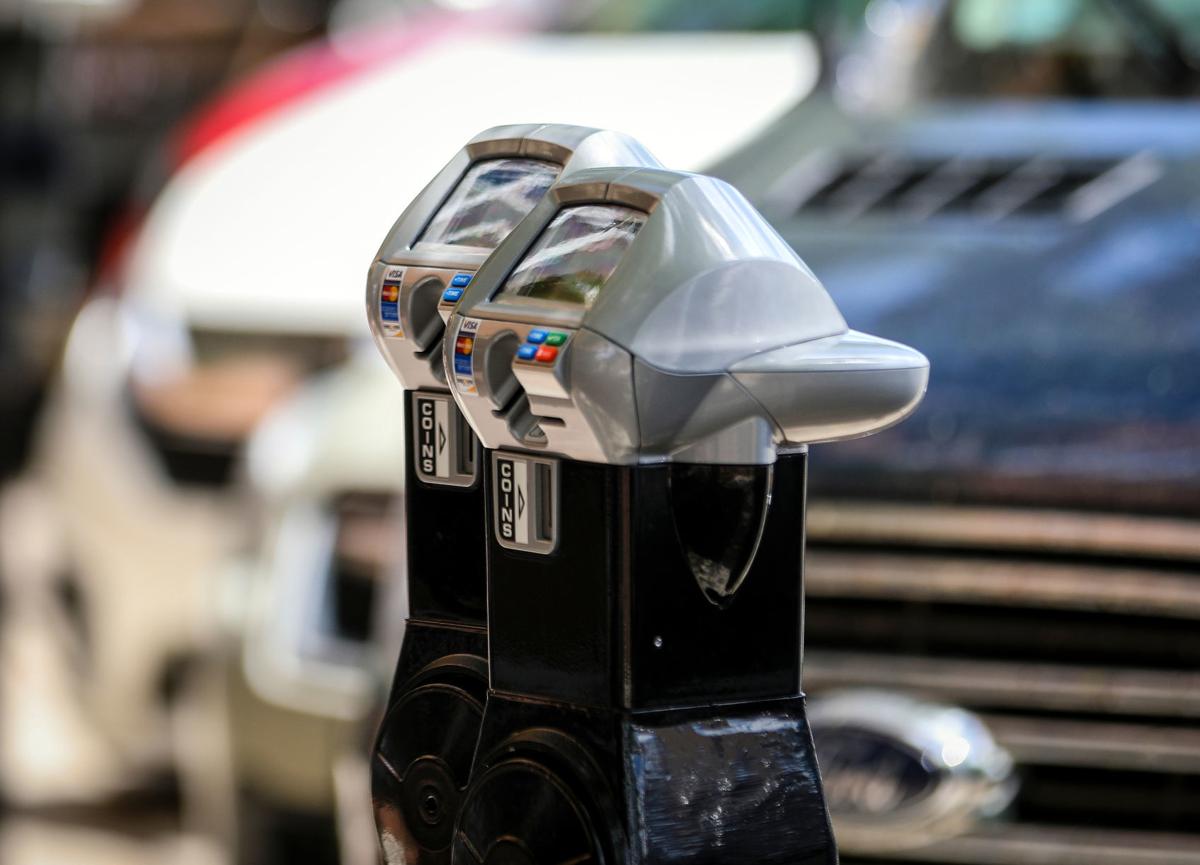 All but about 12 parking meters have been mounted in downtown Rapid City, police Lt. Cathy Bock said Friday.

Another 600 are already in use along a stretch of Main and St. Joseph streets, as well as on portions of 9th, 7th and 6th streets. The meters, which began to be installed last week, cost $1 per hour and accept payment by coin, card and by a mobile app that Bock said will go live in the near future.

Despite the muddled reception, Hanzel said that parking turnover appears to have improved somewhat since the meters were installed. Part of the reason the city claims they are needed, along with other changes to downtown parking, is to address what officials said is a tendency of downtown workers to take up an inordinate number of parking spaces compared to visitors and shoppers.

Among changes included in the city's parking management plan is the launch of an on-street parking permit program that Hanzel said approximately 100 people have already enrolled in. Of the 39 permit zones, city spokesperson Darrell Shoemaker said 15 are already at capacity.

Only five permits are currently being issued per zone, each of which is limited to a specific block. Shoemaker said that more permits, which cost $30 a month, will likely be given out as the city determines which blocks can absorb more cars.

The city's leased parking lots, meanwhile, were at capacity at the time the new plan was implemented.

With the new parking system comes an end to free parking for people with disabilities in certain parts of town. Formerly metered areas, many of which are now being used for hourly and permit parking, previously allowed for free disability parking.

The same will not hold true for the newly metered streets or the downtown parking deck. Bock said this is because the old meters were not compliant with the Americans with Disabilities Act while the new ones are. Motorists with disability placards will, however, be able to park for an unlimited number of hours at no cost on the newly designated hourly and permit parking zones.

Nominees to the recently announced parking advisory board, which will have authority to hear parking violation appeals and recommend parking policy alterations, are expected to be announced later this month. Members of the seven-person board will be appointed by Mayor Steve Allender and are expected to be confirmed by the Rapid City Council in Aug. 5, according to Shoemaker.

Parking changes continue to roll out

"Didn't they used to be free? I would prefer it be free," says Katlin Bridgman as she uses one of the new parking meters on Main Street in downtown Rapid City.