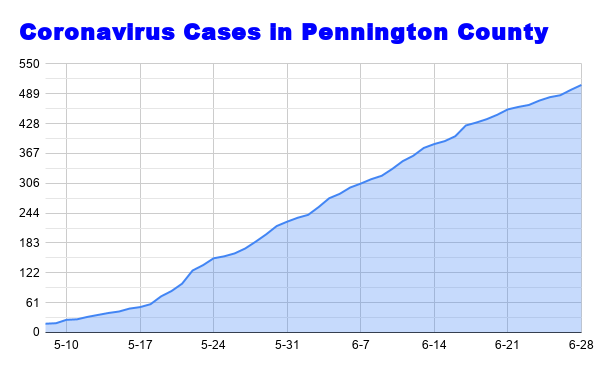 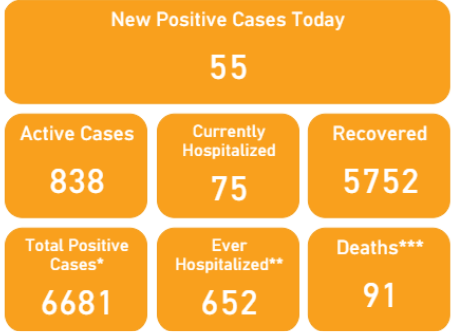 South Dakota added 55 new cases of COVID-19 in Sunday's report on 793 tests. The state has had a total of 6,681 positive tests for cornavirus. There have been 72,212 negative tests.

In local reports, Pennington County added 10 new cases Sunday for a total of 507 total positive tests and 137 active cases - up two from Saturday. There were 66 tests completed in Pennington County for Sunday's report. Oglala-Lakota added one new case after 21 tests Saturday. There are 84 total positive tests there and 43 active cases. Fall River County also added one new case Sunday on 16 tests. There are seven active cases there. Meade County (8 tests), Lawrence County (11 tests) and Custer County (four tests) each saw no increase in cases Sunday.

Five Pennington County residents died last week for a total of 16 during the pandemic.

A Sturgis teenager was sentenced Friday to 55 years in prison after he fatally shot and hid the body of a Wyoming girl inside his closet last fall.

“None of us would have ever expected to work through a pandemic, let alone be the primary caregivers in a pandemic.”

A Rapid City man died last Friday after he fell off his jet ski and drowned in the Belle Fourche Reservoir.

The South Dakota Department of Health reported 55 new cases of coronavirus and two new deaths related to the disease Saturday morning. A total…