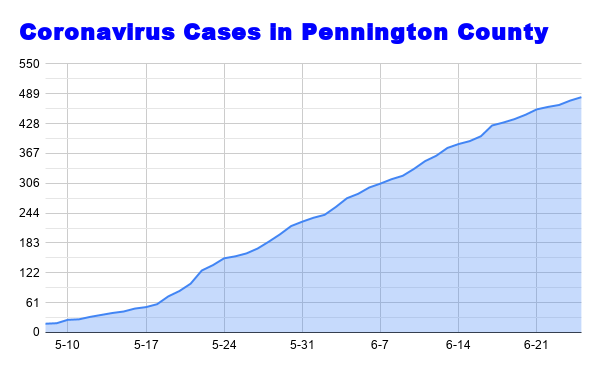 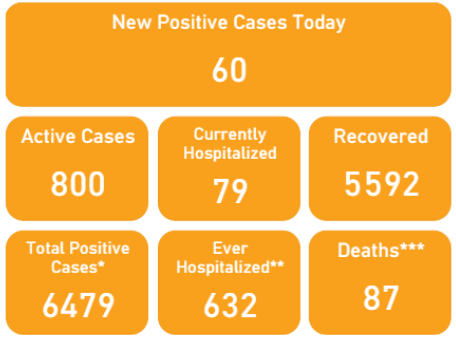 One Pennington County resident died and seven more have tested positive for the coronavirus, according to Thursday's report from the South Dakota Department of Health.

Pennington County has reported 13 deaths, and there are now 482 total positive tests with 141 listed as active cases. There were 77 tests included in Thursday's report for Pennington County.

The outbreak at the Avantara Arrowhead extended care facility in Rapid City has now identified 43 residents and 19 staff members who have tested positive for coronavirus.

The state saw an increase of 60 cases of COVID-19 illness as 777 tests were reported Thursday. The state has reported 6,479 total positive tests. That includes 800 active cases — up 19 from Wednesday.

A total of 79 are hospitalized — down two from Wednesday. The state has reported 87 total deaths from COVID-19.

In other outbreaks, 163 of 169 employees at the DemKota Beef plant in Aberdeen have recovered. The state reported that 112 of 126 Jack Links employees in Alpena have recovered as have 71 of the 95 employees who tested positive at the Dakota Provisions plant in Huron.

Signage, materials to be limited in Lead-Deadwood School District